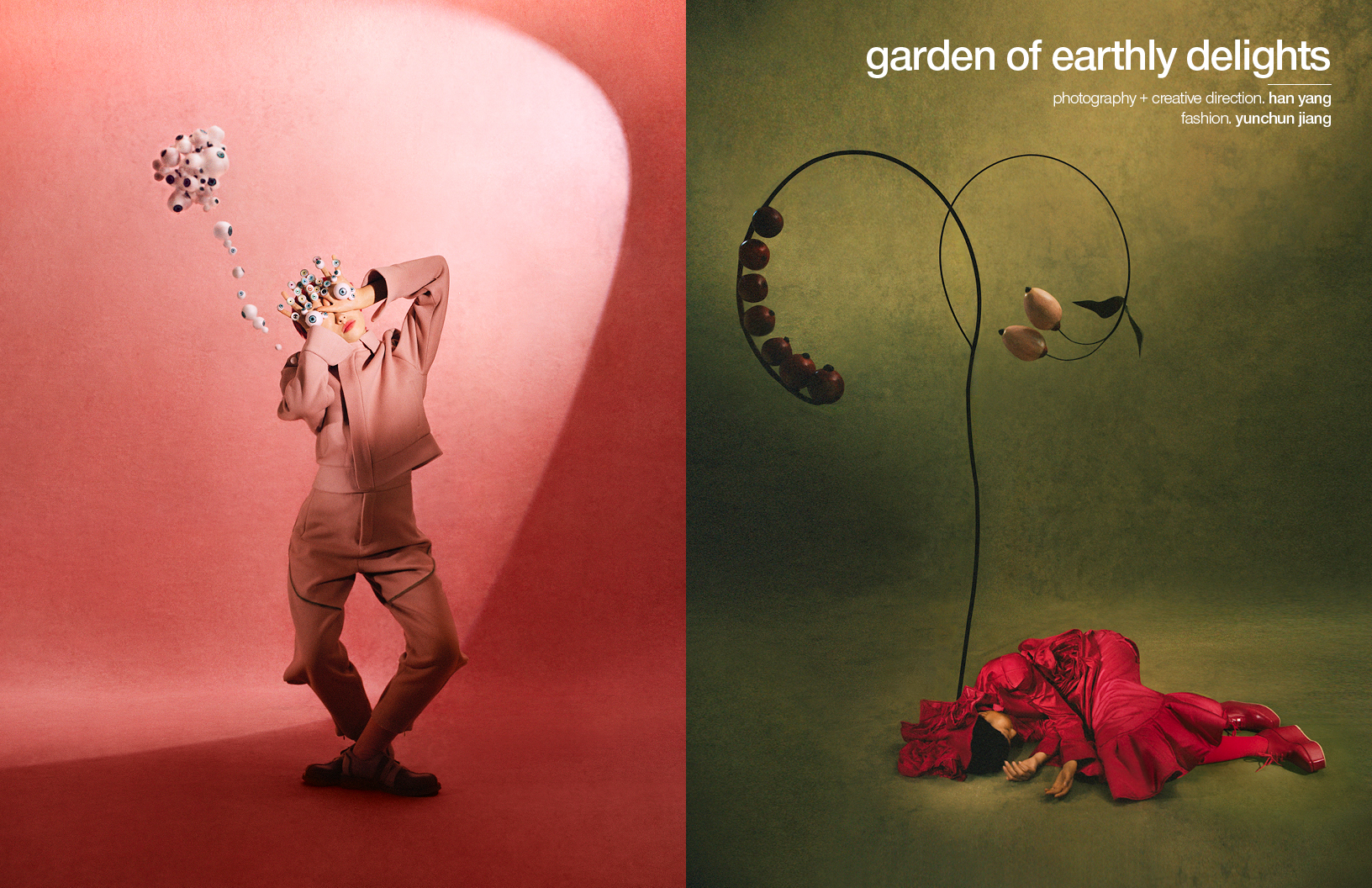 The project was inspired by Hieronymus Bosch’ s “The Garden of Earthly Delights”. Although there is no warning image of secular physical indulgence, the work still interprets a dire warning on the perils of life’s temptations through the colourful forms and light and shadow world. The bright colours of the work are also based on the keynote of the paradise on earth. The strawberry, cherry and fruits used in the picture, otherworldly and wonderful creatures, reflect the innocence of human beings in the Garden of Eden at first. Both humans and animals feast on strawberries and cherries. A romantic rendition infuses the concept of desire with a heavenly innocence, which is one with nature. Two models from different races express the concept and also sparked the imagination of creators and viewers alike.

Dive into the wild and whimsical garden of earthly delights in this Schön! editorial photographed by Han Yang with
fashion by Yunchun Jiang. Models Lu Yan and Annanziata Connolly wear looks by Yulong Xia, Shir Naeh, KINGWEN and others. Make up by artist Megumi Matsuno and hair by stylist Sabrina Lefebvre. 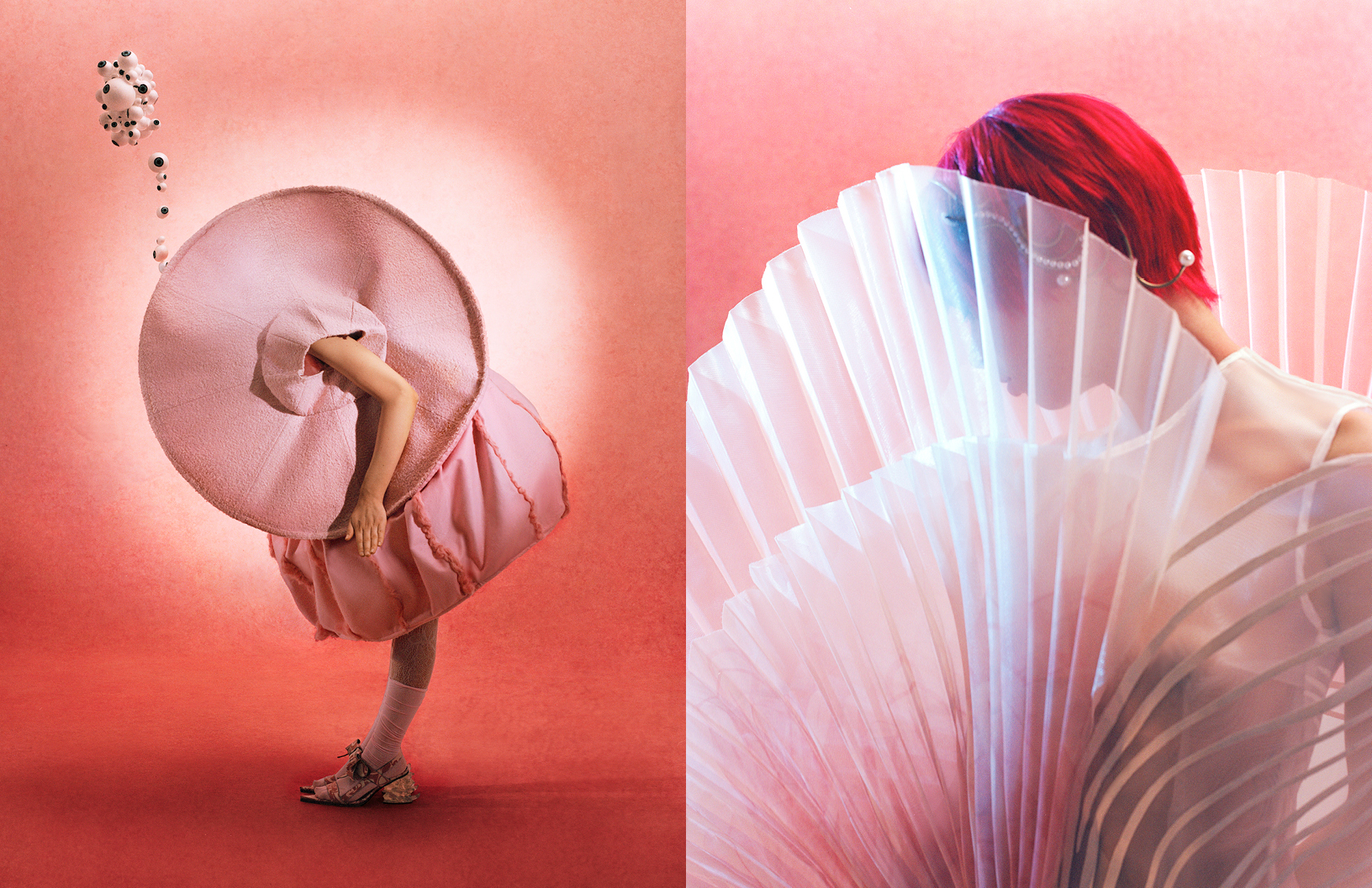 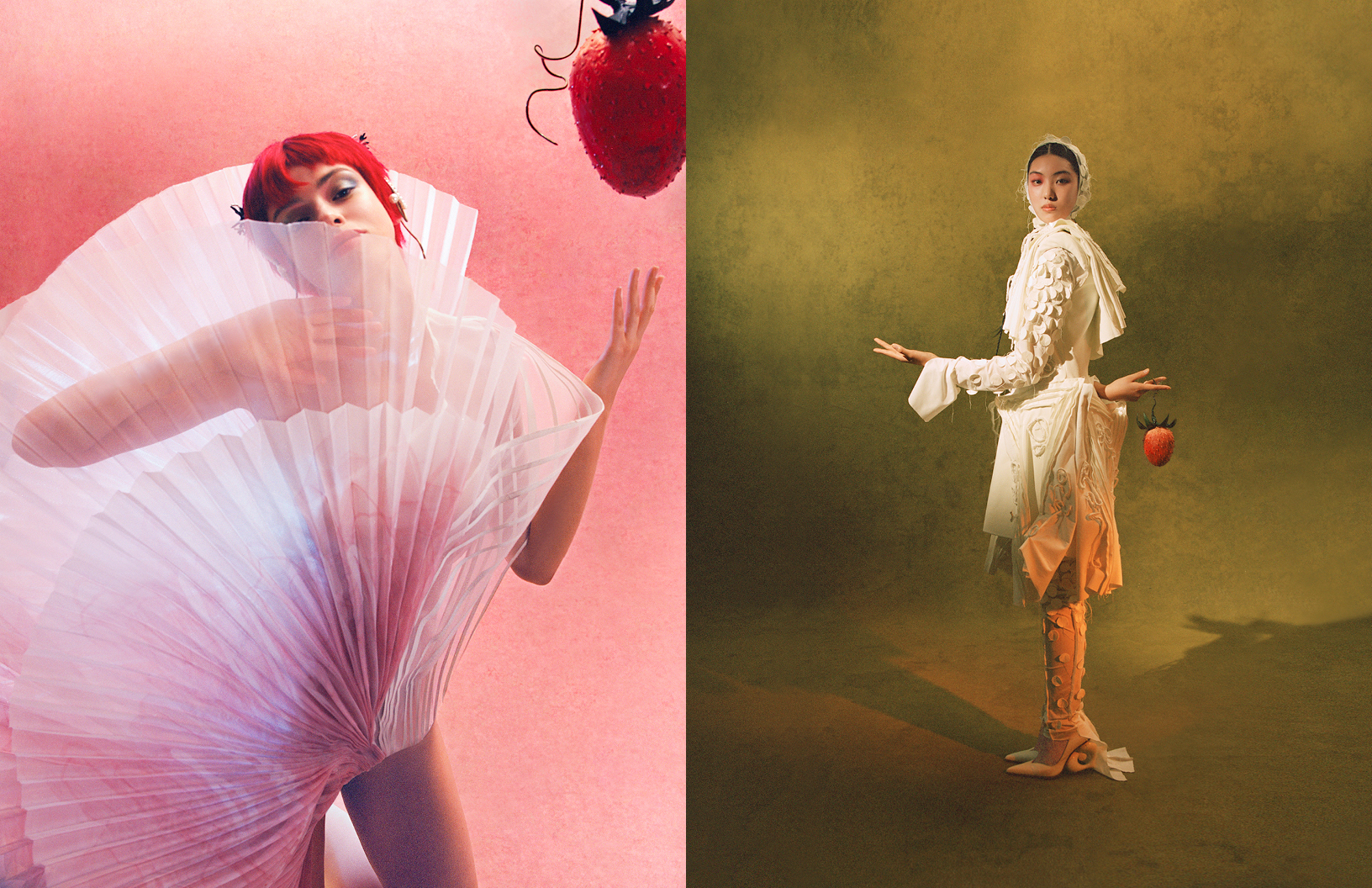 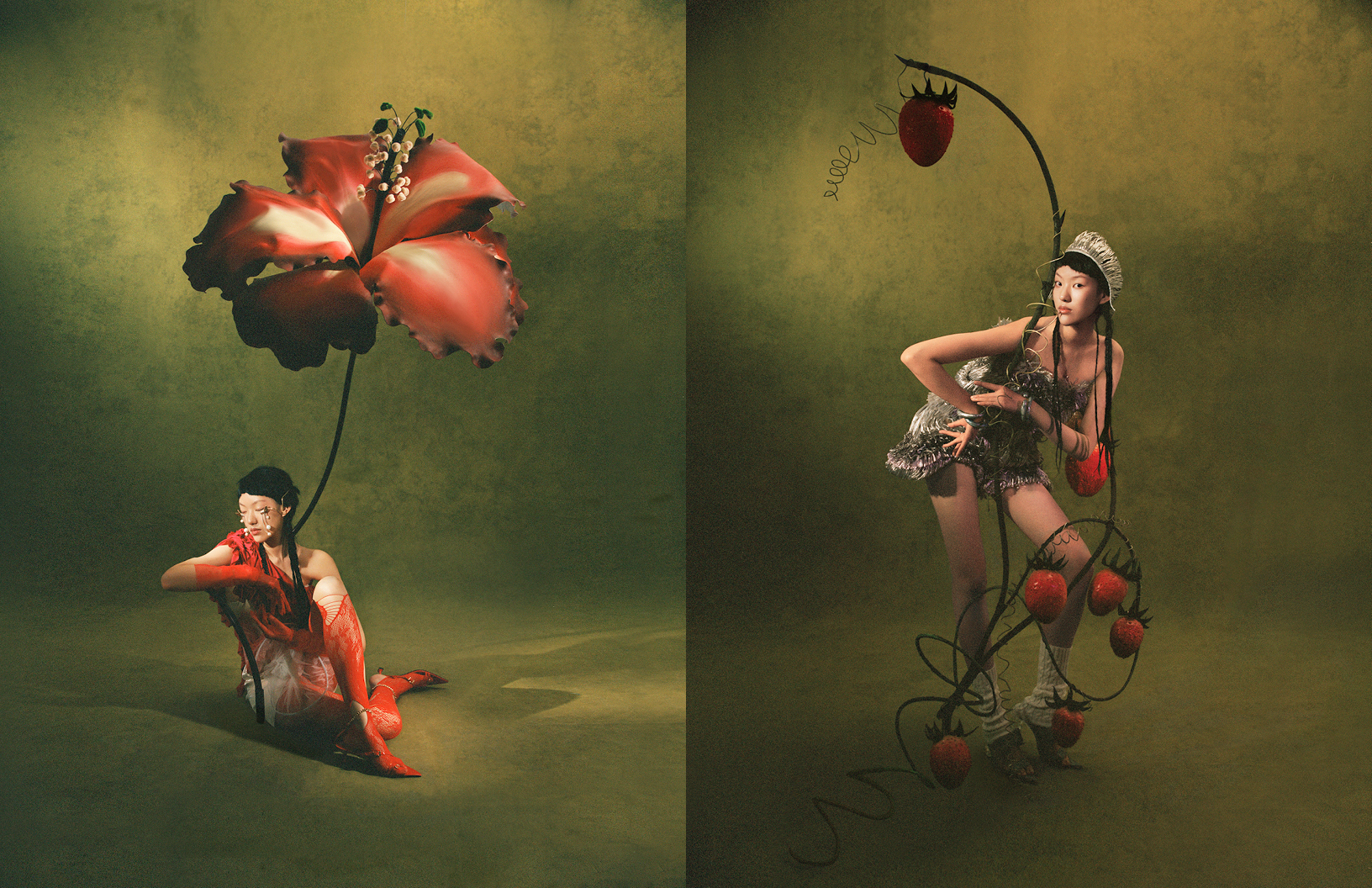 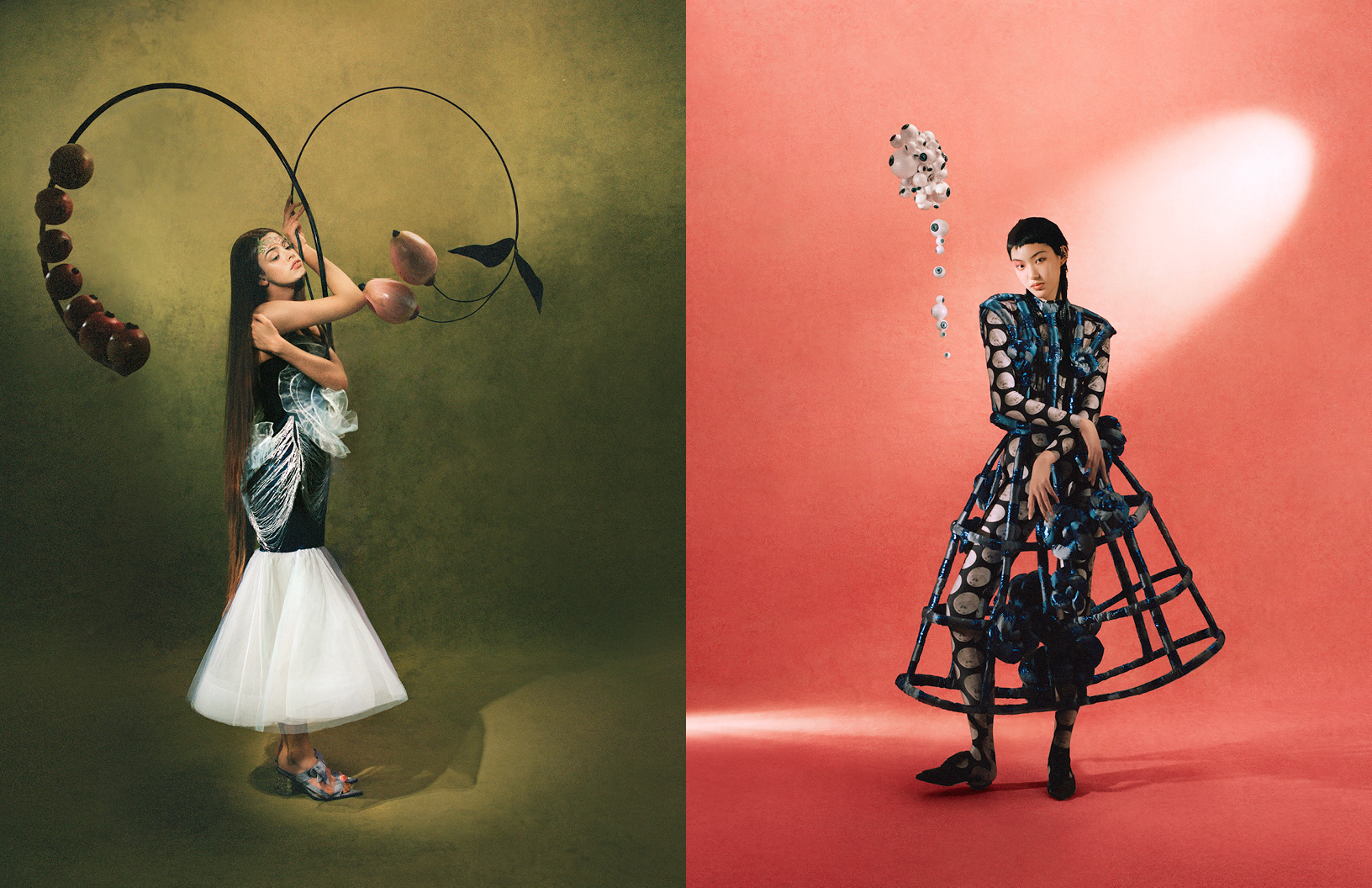 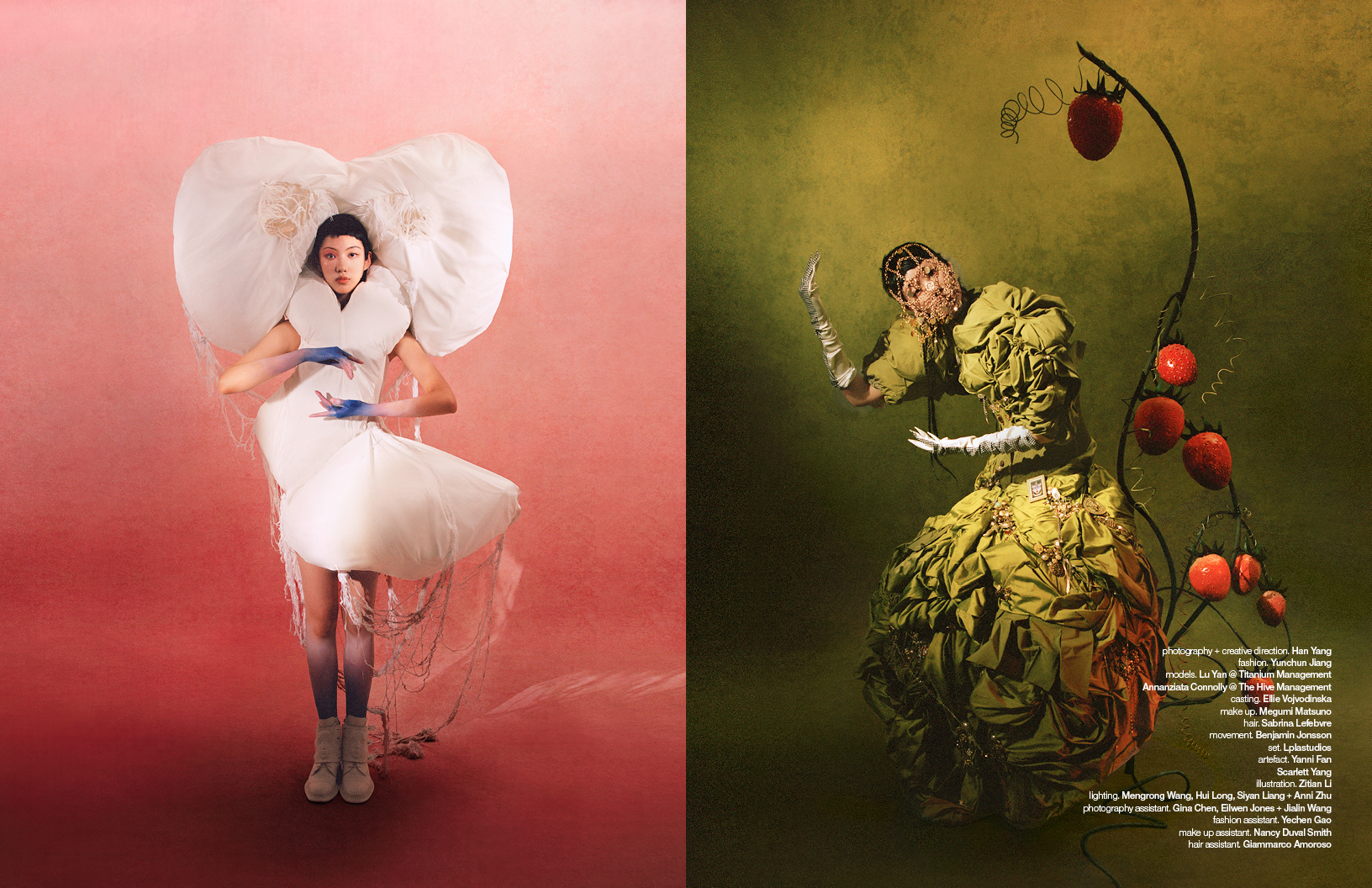