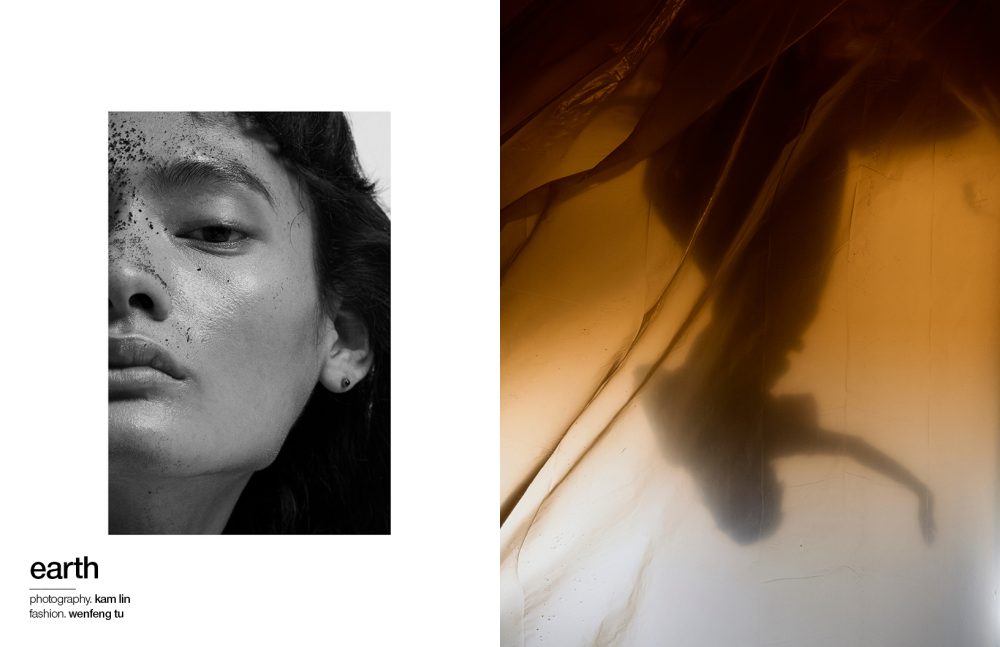 Metal, wood, fire, earth, and water; to those not in tune with the natural world, the influence of these five elements may only be noticed in passing. But in traditional Chinese culture, these simple five do more than form the world: they rule it.

Growing up in China, photographer Kam Lin (Chinese name is Xiaodan Lian) was always aware of the five elements and how their interplay affected his life. But it wasn’t until recently that he decided to commit that influence to image. For this series, which utilises a number of stylists, makeup artists, models and more, he broke the five elements down to their cores, soberly analysing the traits that make up each element. Lin then composed these traits into scenes. The result is an eruption of life – a remarkable display of colour and form. To help deconstruct all five elements, Schön! spoke with Lin about the development of this series.

How did you decide to create a shoot centred on the Five Elements?

I have always been interested in traditional Chinese philosophy, especially the Five Elements theory. The Five Elements are metal, wood, fire, earth, and water. The concept of this idea is central to Chinese culture’s understanding of the physical world and natural phenomena. It also offers a guiding philosophy for how to live a good life. The concept has helped me personally in exploring and answering some of life’s fundamental questions, and I believe it also explains much of what has happened in my own experience.

In The Five Elements I illustrate this important concept using the language of fashion photography. The project merges two of my personal interests, but I also believe fashion photography offers a strong visual medium for the expression of abstract ideas such as the Five Elements. In general, philosophical ideas are very abstract and therefore are hard to express with visual images, and that’s exactly what I’m challenging myself to do. My hope is that through my photographs viewers will also begin to discover the wisdom of age-old Chinese philosophy. 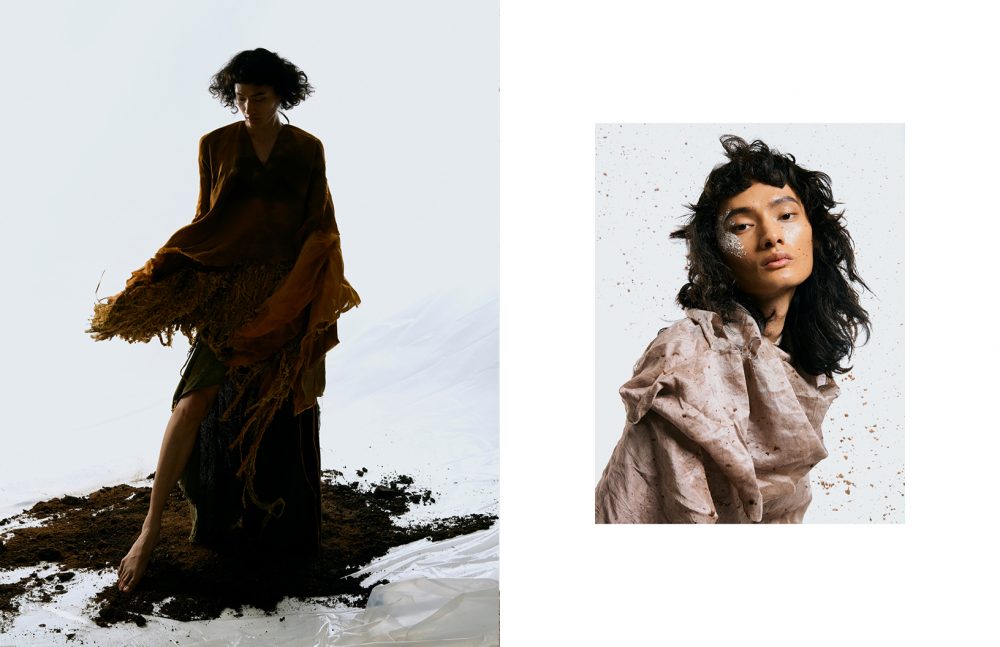 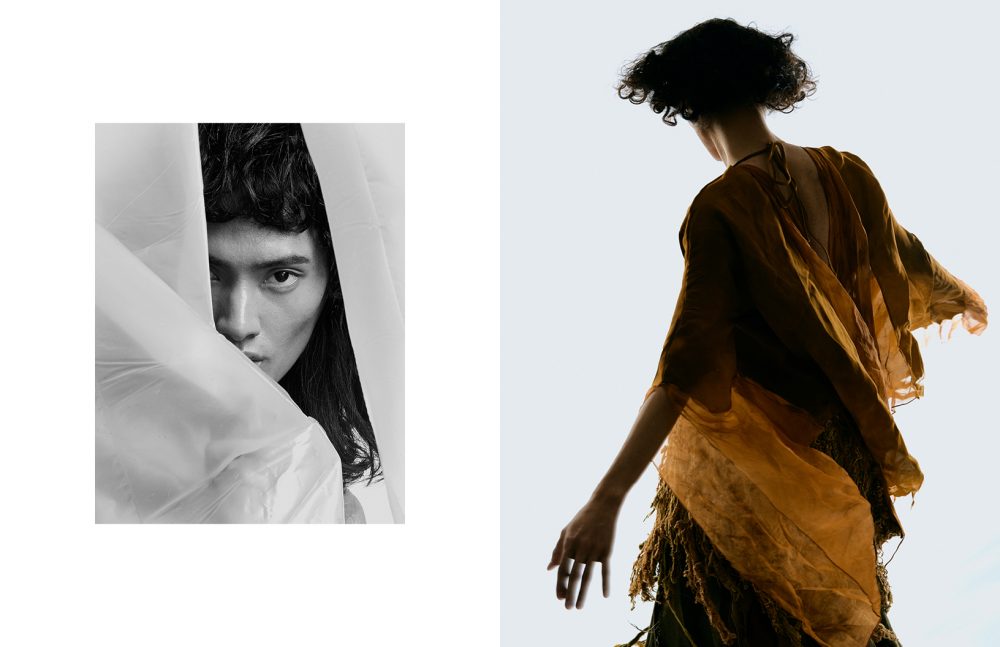 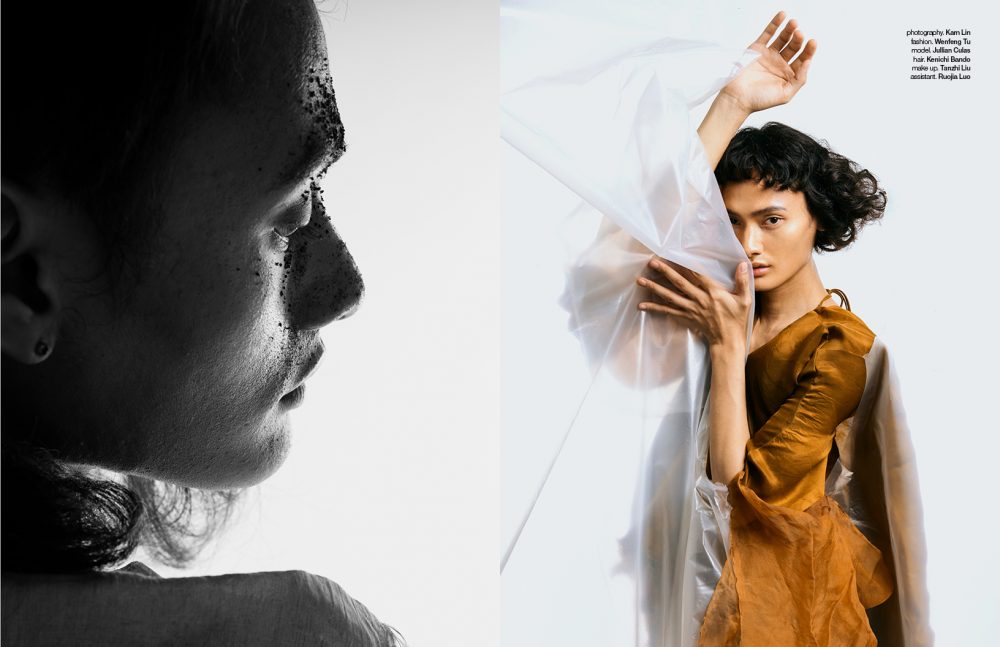 Talk a little bit about the planning process for this shoot. What did you hope to capture, and how did you work to do that?

In this project I hoped to capture the “soul” of each element. Five sets of photographs illustrate the fundamental qualities of each element, reflected in their styling, set design, and even my choice of models. I directed all the thematic qualities and styling for each shoot. I collaborated with many young, talented fashion designers, stylists, and makeup artists, and chose them for the specific teams I put together for each element. For example, for the images that illustrate the element water I chose to collaborate with a designer who creates very silky, elegant dresses that have a flowing feeling which reminded me of water. I also asked the hair stylist to create a dramatic, “stand-up” look to suggest the way hair would move and wave upwards if someone were sinking in deep water. Makeup also changed according to the characteristics of each element; for example, to illustrate the element metal, we placed shiny, silver-like patches of metallic makeup on the model’s face.

Your photos contain a lot of feelings of movement. How does movement relate to this series, and how did these movements change based on each element?

I let the fundamental characteristics of each element determine how I asked the model to move, and adjusted the lighting to suit that movement and the element. For example, for the element fire I wanted to suggest the flame of fire by having the model move under red light during the exposure. Another example, the element water, I wanted to evoke the smooth, flowing feeling of water. 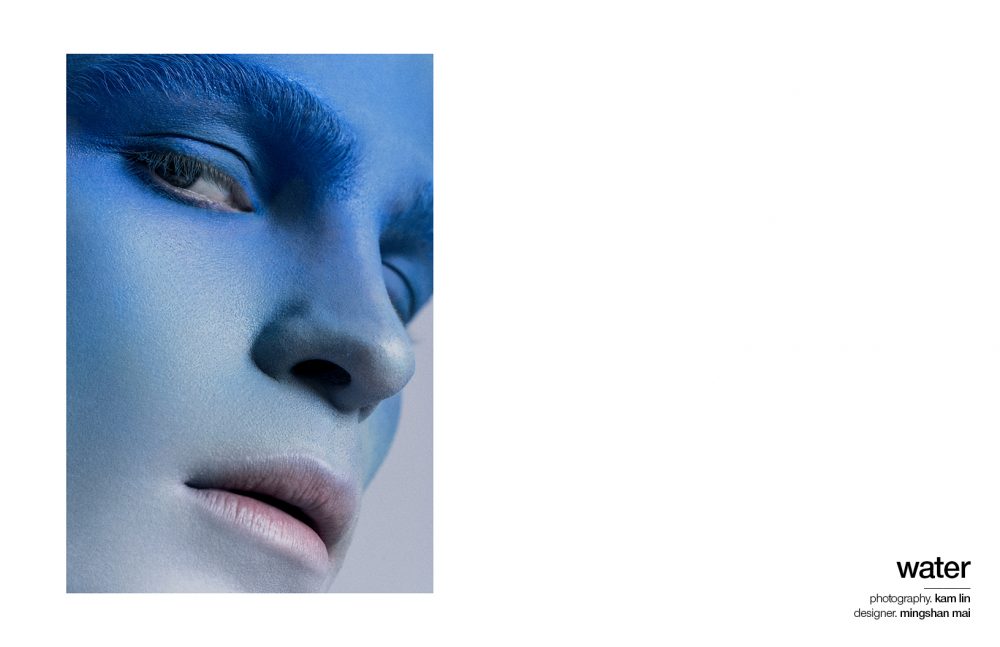 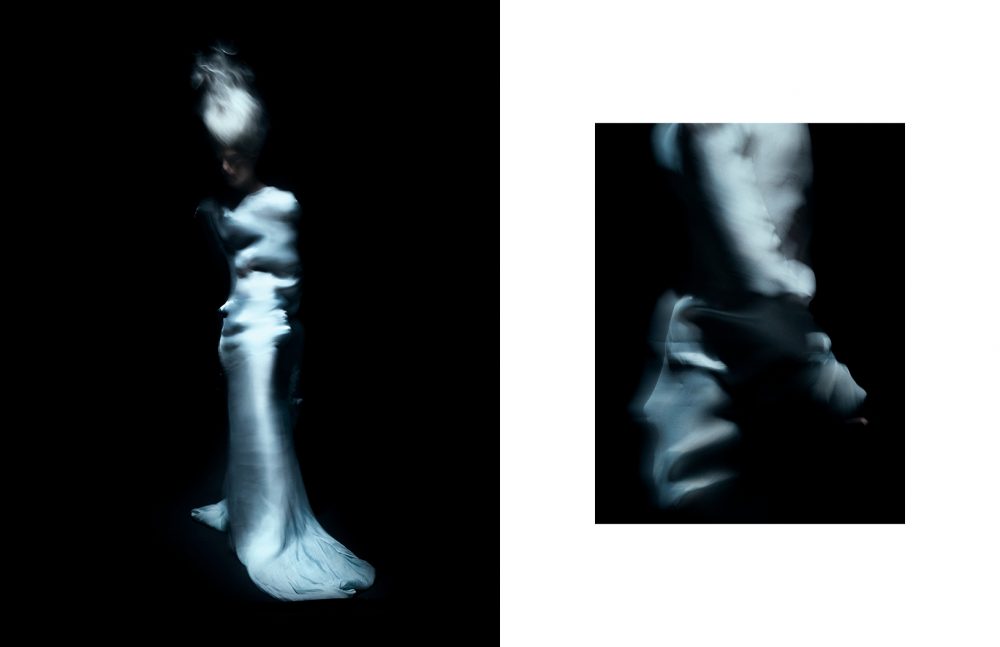 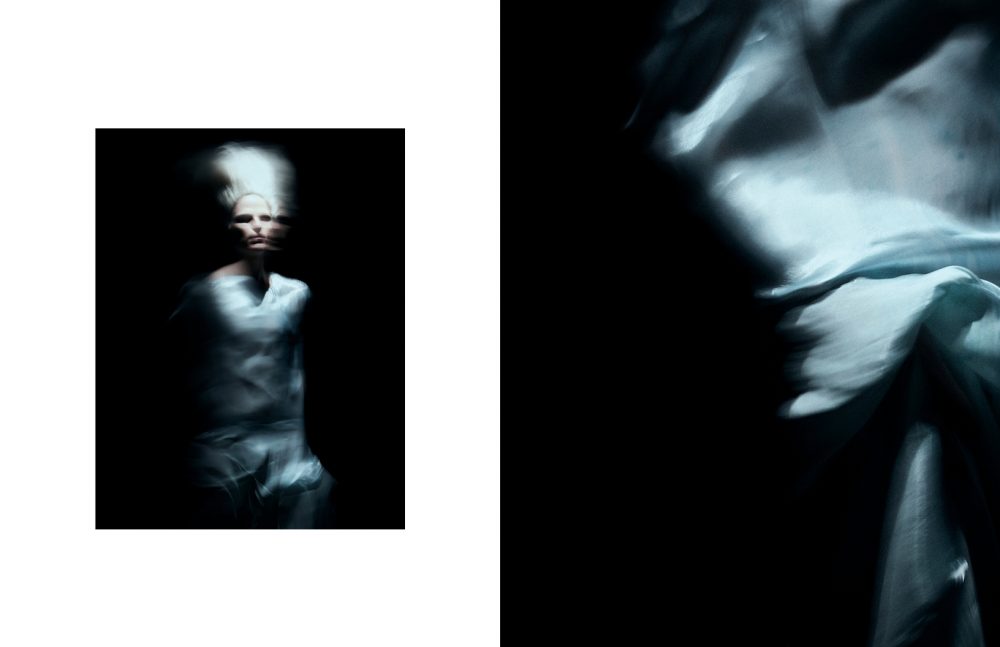 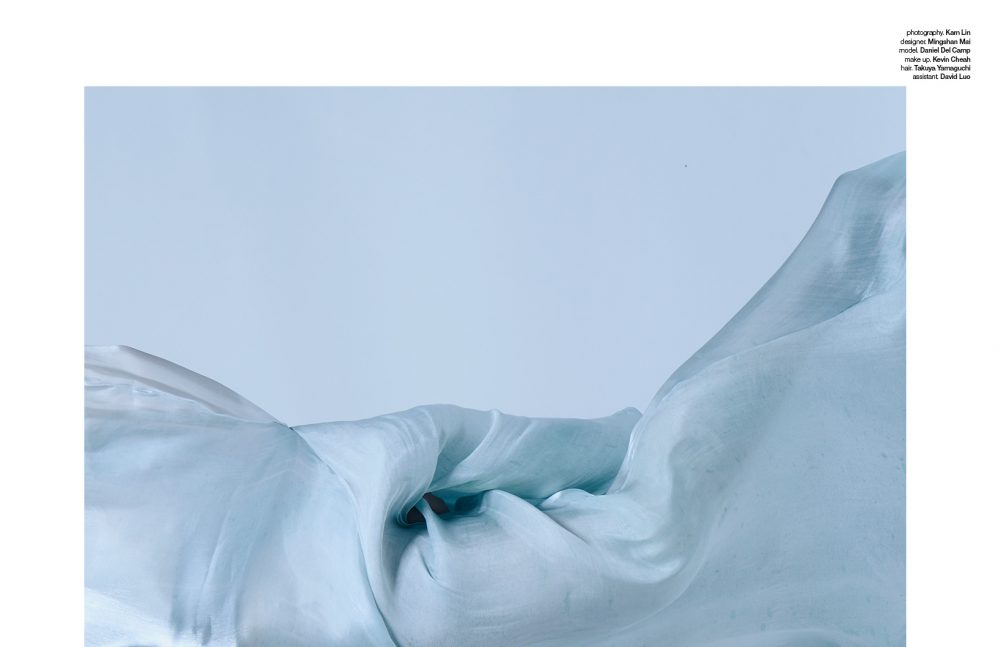 How did you select the models for this shoot?

I chose models that struck me as having similar qualities and personalities as the specific element. For example, for metal, I chose a male model who had a very strong, sharp-featured face. I sometimes chose models based on their birth date and the element associated with that particular date. For example, my model for the element earth is considered an “earth-type” person according to the Five Elements system.

Was there any element that inspired you more than the others? Which was the hardest to shoot?

To be honest, all of the elements were hard to shoot. I spent a lot of time preparing the model, styling, set, and lighting for all of them. Even so, the element water required three separate shoots before I was satisfied with the results. Each element has special meaning to me, though. I think the element metal is most inspiring to me. 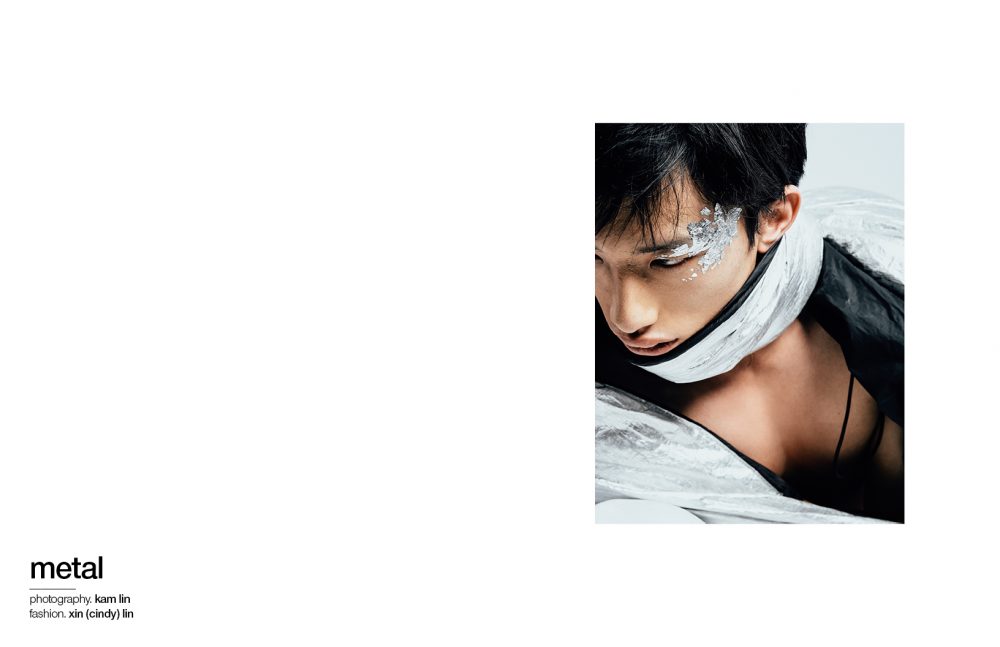 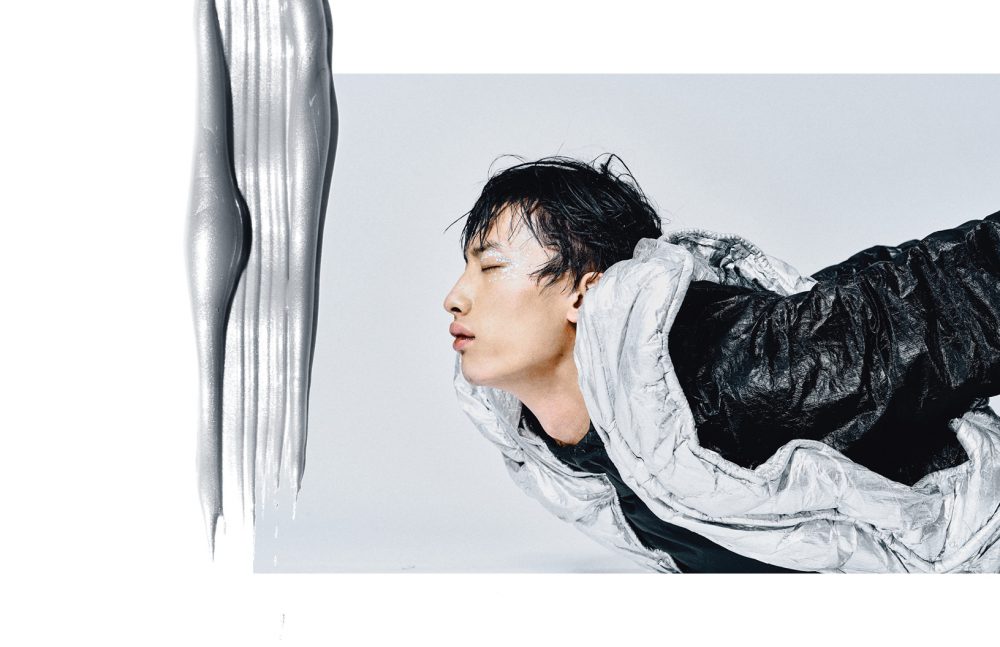 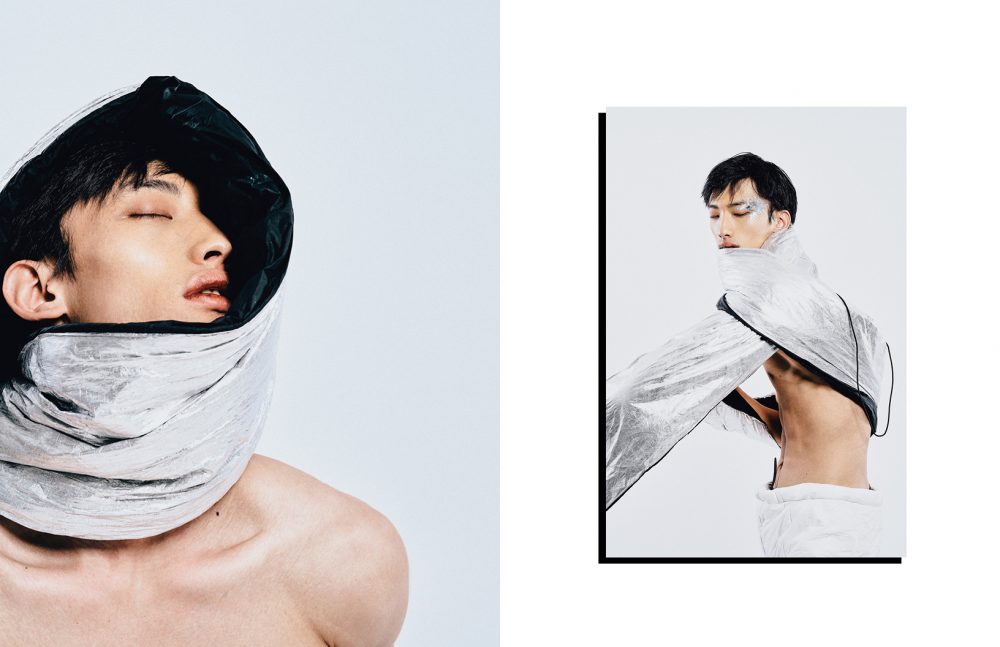 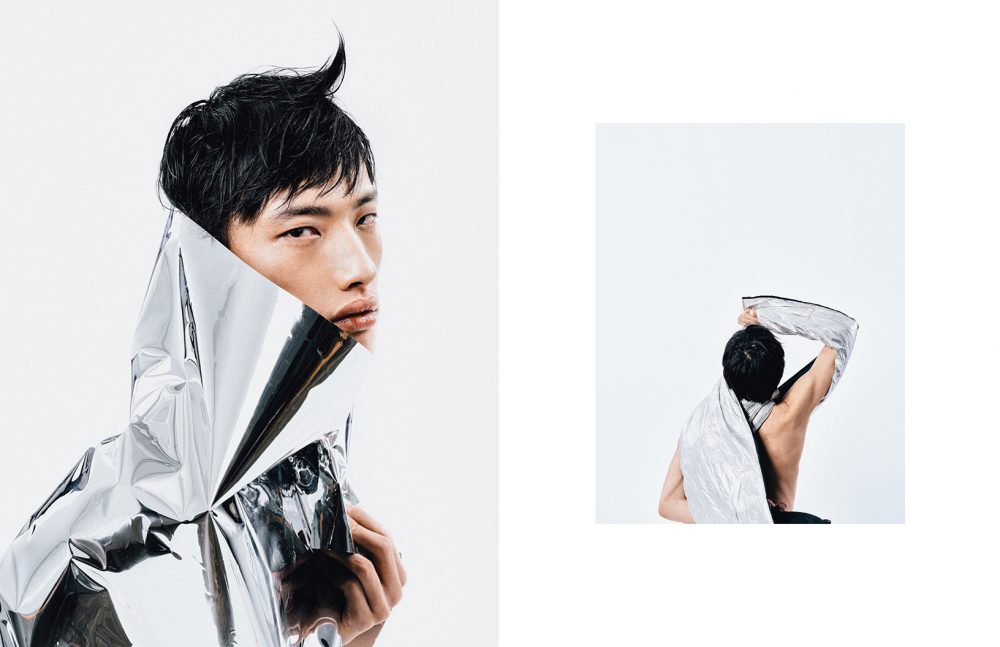 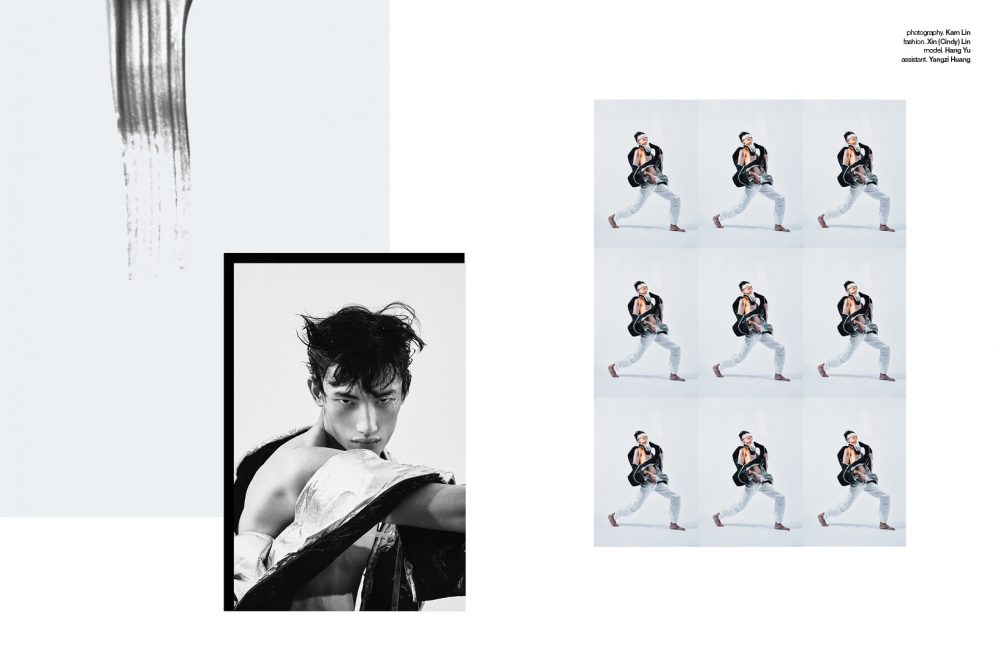 What is your creative process, from idea to final product?

I started by researching and reading more about the Five Elements system, even though I was familiar with it from growing up in China. I realised that there was much more to learn about it than I already knew, and this additional knowledge helped me make specific stylistic decisions for each element. The overall palette of each set of images is also specific to the element it illustrates: the images for water are primarily blue, the images for fire are red, and the images for wood are green. Styling details of a specific element also influenced the overall quality of the image. The stylistic qualities for the element metal, which as I mentioned included shiny makeup, seemed to evoke a high-fashion look, for example. By contrast, in the images illustrating the element earth, in which soil was used both as a physical prop and as the basis for makeup, the feeling of the images was more casual and down-to-earth, as they say in English.

Who or what were some of your aesthetic inspirations for this series?

There is so much art and fashion that inspires me that it’s hard to identify any particular thing. Ideas just jump into my mind and are probably a synthesis of many different influences. And I always discover new ways of doing things as I plan and develop the shoot. That’s the magic of photography—you’re always exploring the world, yourself, and how to express the things you’re interested in. In terms of lighting technique, though, I’d say that fashion photographer Paolo Roversi is one of my greatest influences. 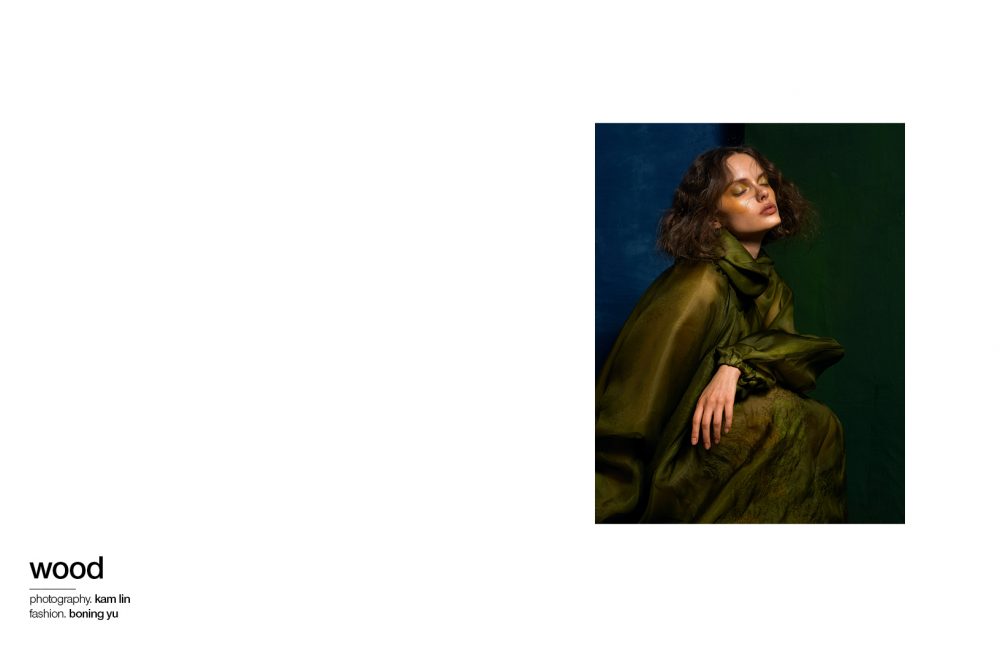 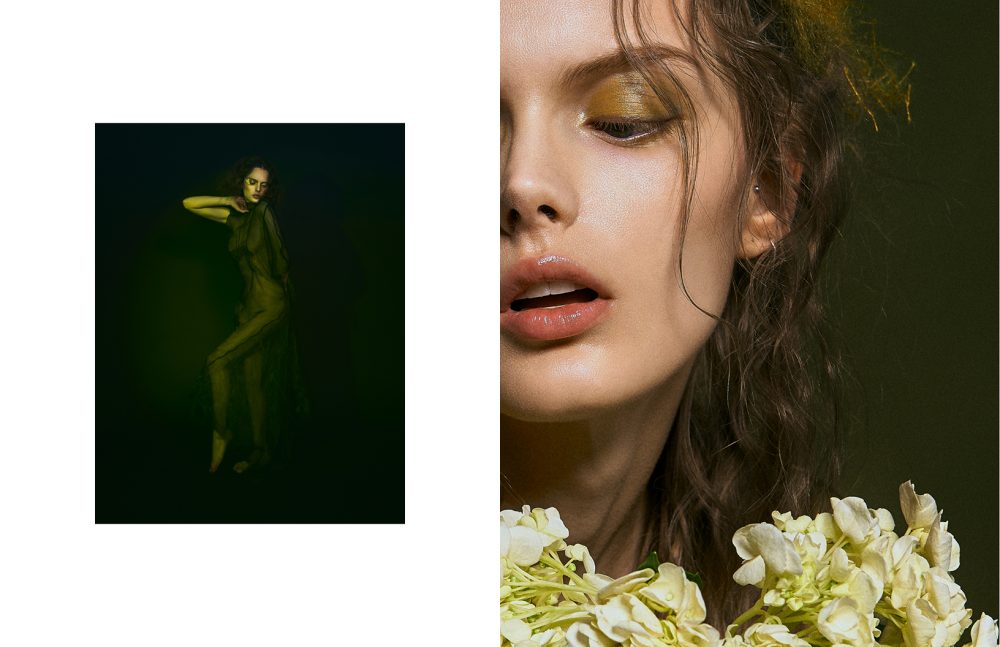 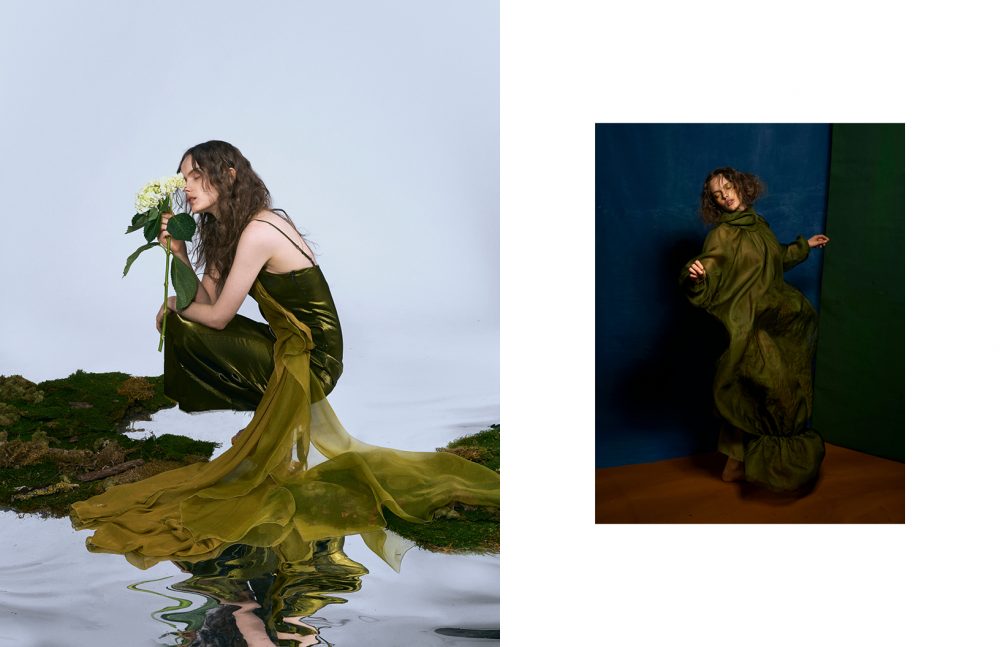 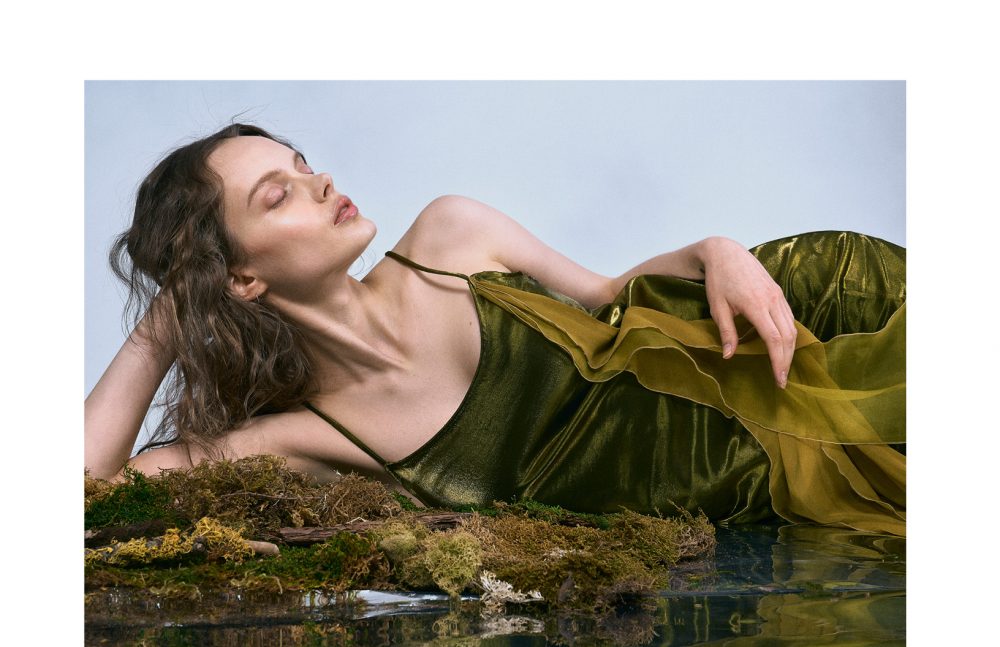 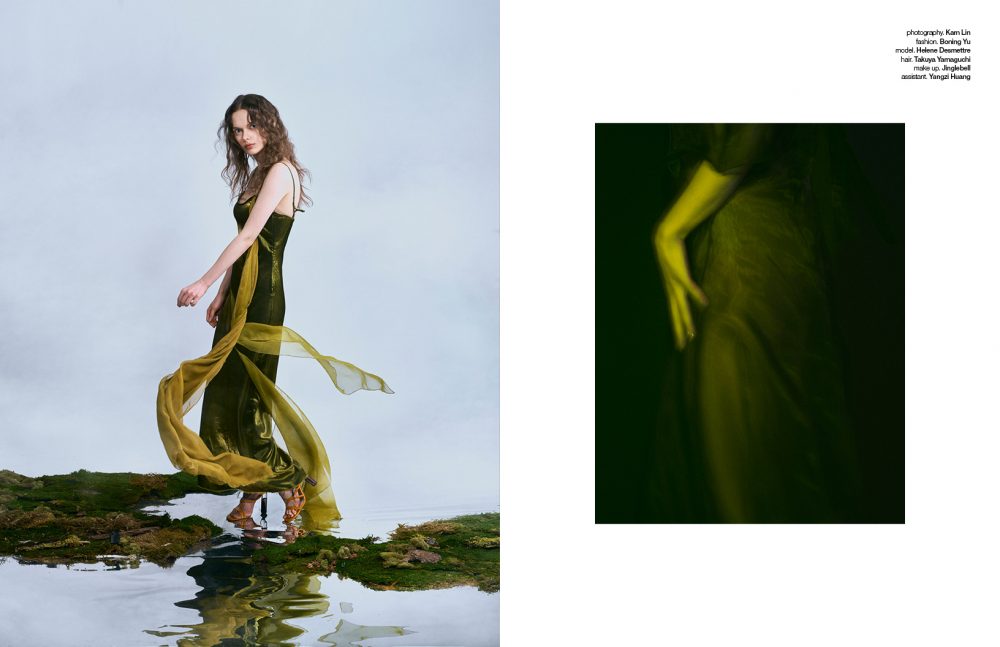 You wrote that the experience of this shoot affirmed your belief that the Five Elements can help people make sense of the world. How so?

The Five Elements are metal, wood, fire, earth, and water. On a literal level, each of these can either generate or destroy the others. Water can extinguish fire and rust metal, for example, but nourishes wood; wood feeds fire. Earth can absorb water but can be broken up by wood; however, metal can chop wood and fire can burn it. Yet metal can be melted by fire. It all strikes me as a kind of metaphor for the way natural and human forces interact in the world.

As I worked on the project, I found myself associating the different elements with specific personality traits in people—the aggressiveness of fire, for example, or the flexible, yielding quality of water—and with the ways different kinds of people interact with each other. This experience confirmed my belief that the concept of the Five Elements can help people make sense of the world and their relationships, both human and natural. There is a fundamental balance that happens in life and the universe.

My next project will be based on the Buddhist idea that “form is emptiness and emptiness is form.” I’m challenging myself to create a series of futuristic fashion photographs that illustrate and explore this idea. It probably won’t be easy! 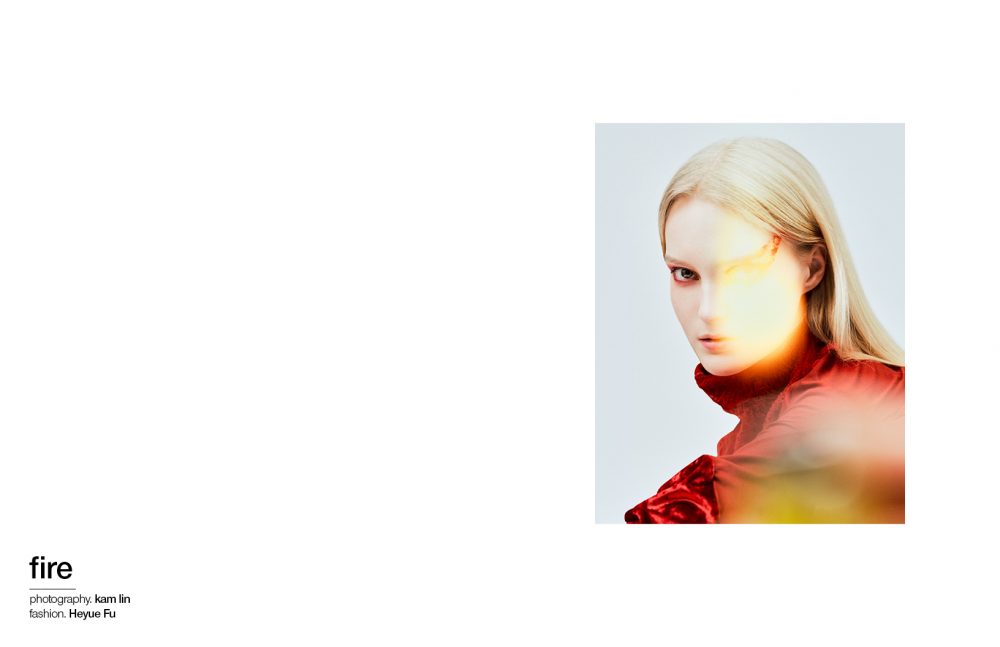 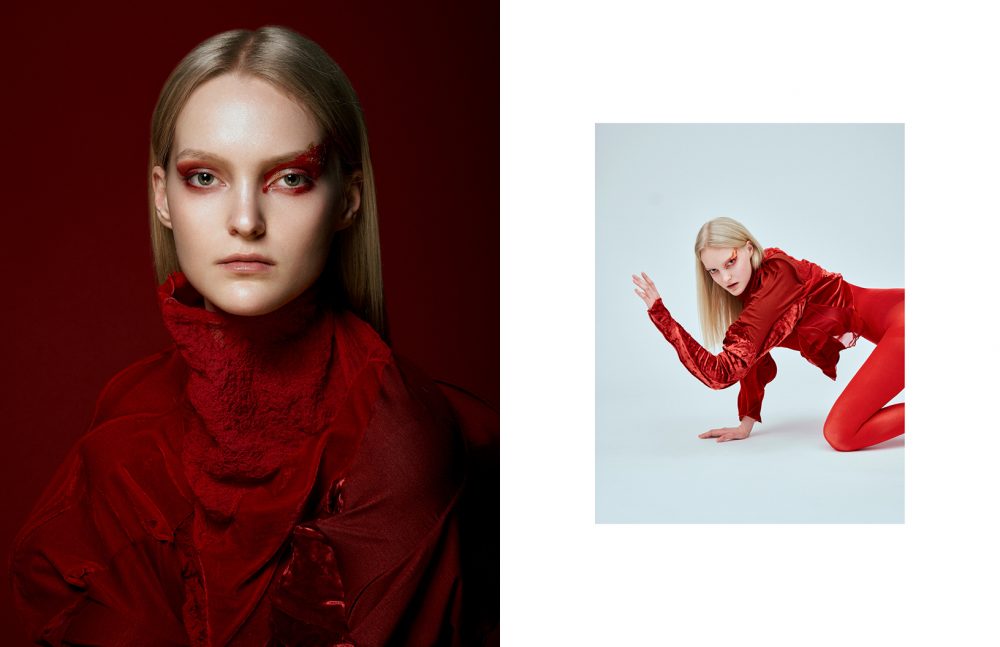 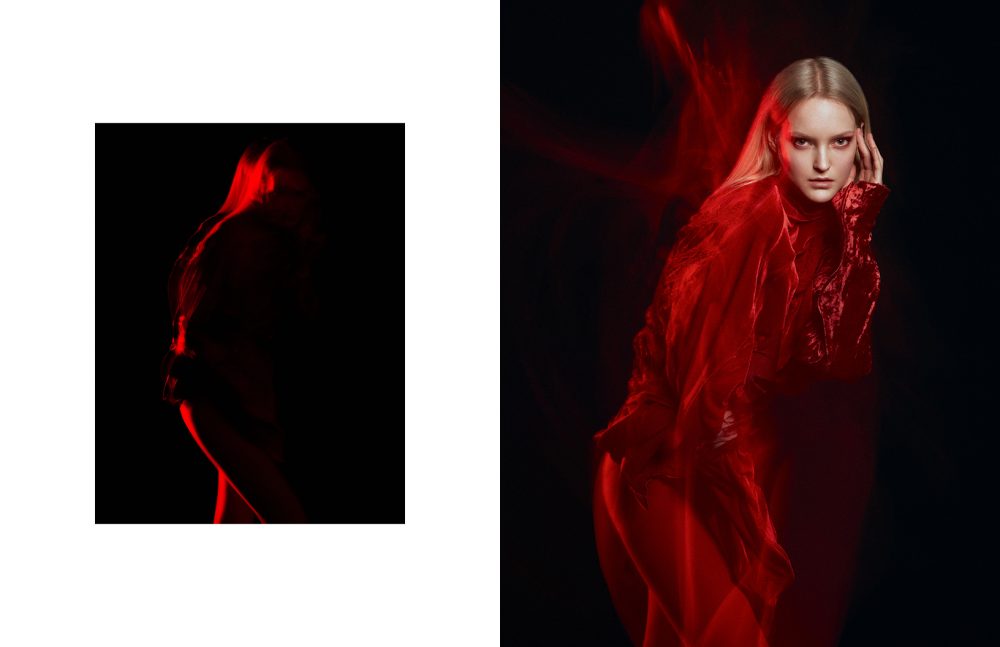 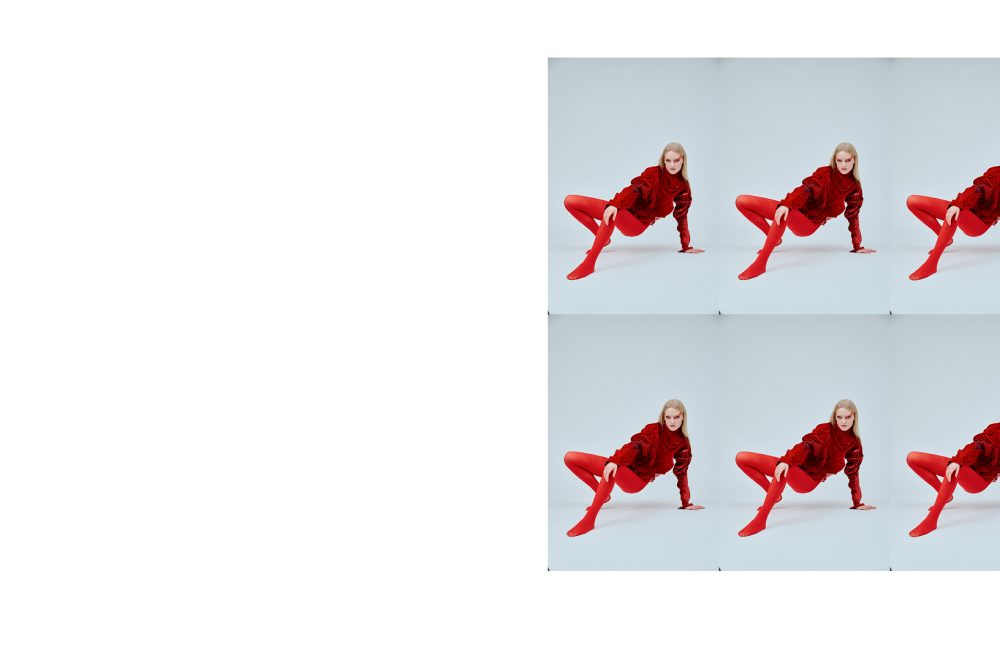 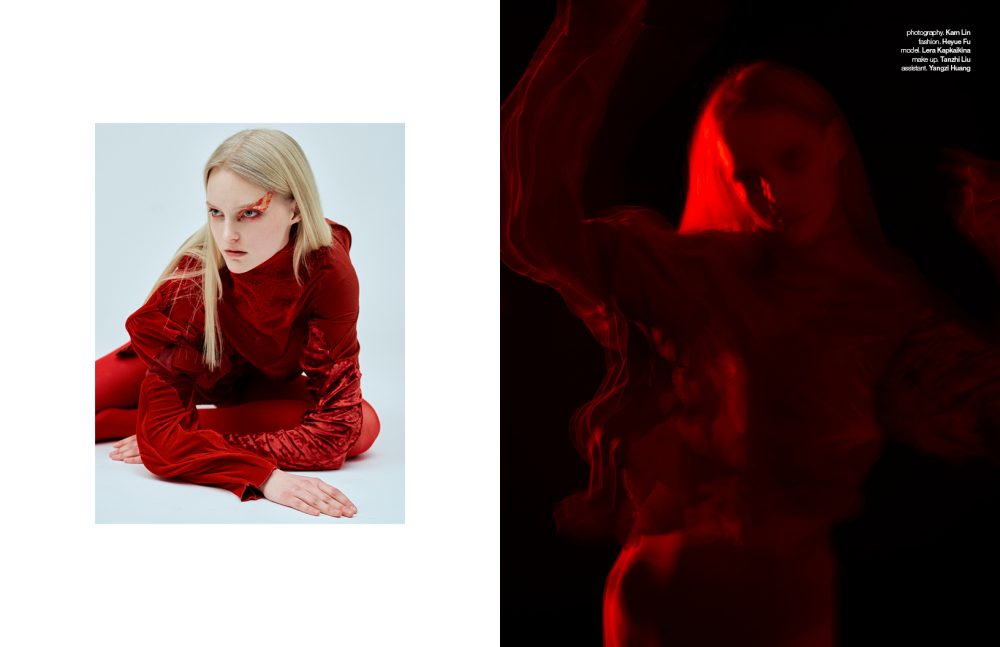 The different “five elements” editorials were made possible thanks to