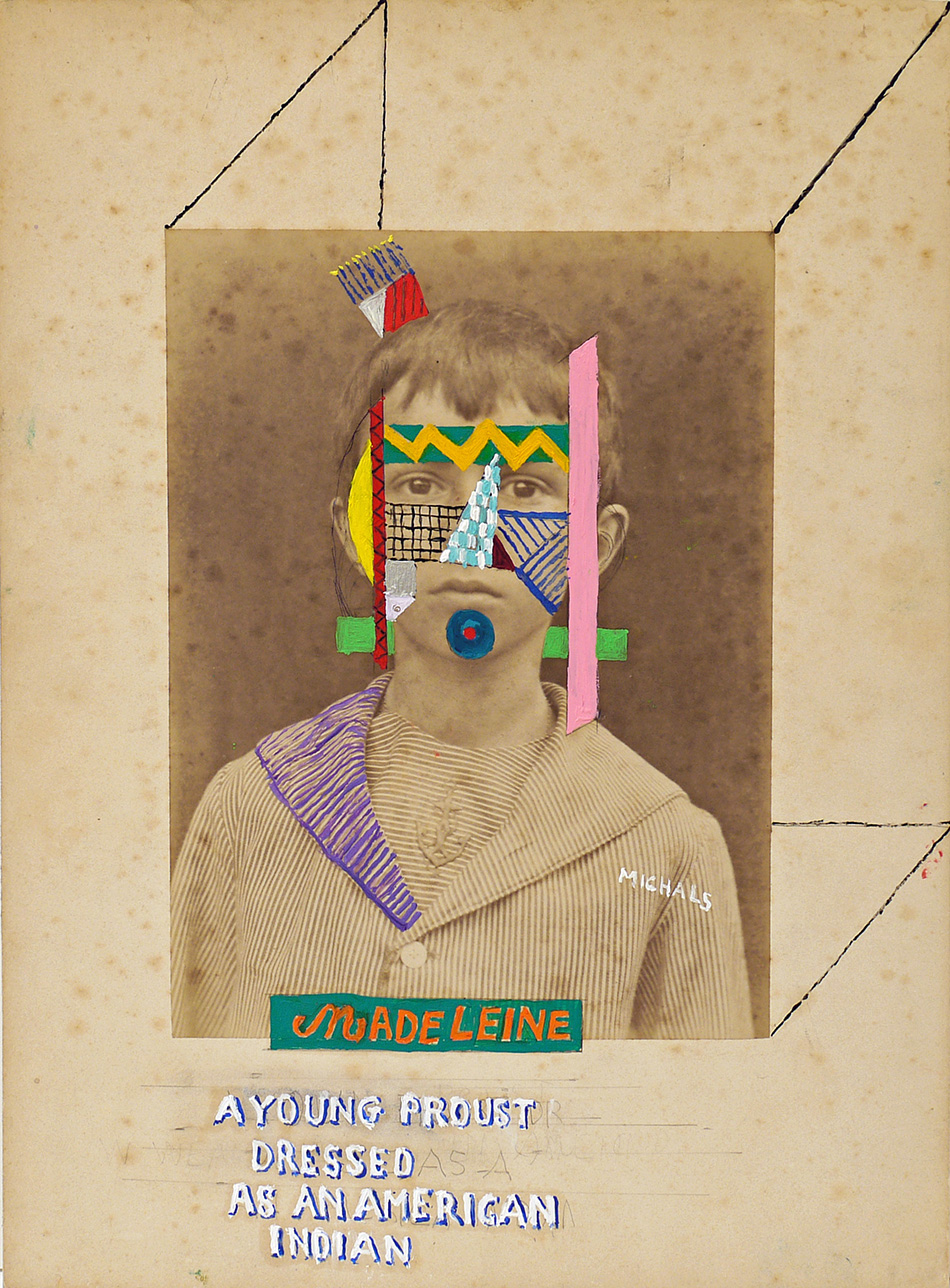 Duane Michals, A young Proust dressed as an American Indian.

Just in time for spring, three unique photographers showcase their narrative images in the Fictions Exhibition at Galerie Esther Woerdehoff in Paris. Two renowned American photographers, Duane Michals and Arthur Tress, are united with talented French newcomer Juliette Bates. Together, these three artists are placed under one roof in their lyrical visions of reality staged and altered by photography.

Duane Michals, having already exposed his series of photographs with hand applied oil paint at Paris Photo in November 2013, is placed in a new context in the Fictions Exhibition. Probably most well known for his groundbreaking utilisation of photo-sequences to study emotion in his dark atmospheres, Michals takes an astonishing turn in his most recent work. Moving away from black and white photographs, Michals focuses on colourful paints graphically applied on top of old anonymous photographs discovered at the Parisian Galerie Lumière des Roses. In his surrealist series of French artist portraits, Michals portrays a gargoyle with black triangles and red and yellow circles in a tribal manner. He is named “Voltaire.” Similarly, a young “Marcel Proust” is decorated in a cubist fashion as an American Indian. Here, Michals invites us to be a part of his exclusive fictional story and illuminated interpretation, as he depicts these various French writers with jovial wit. 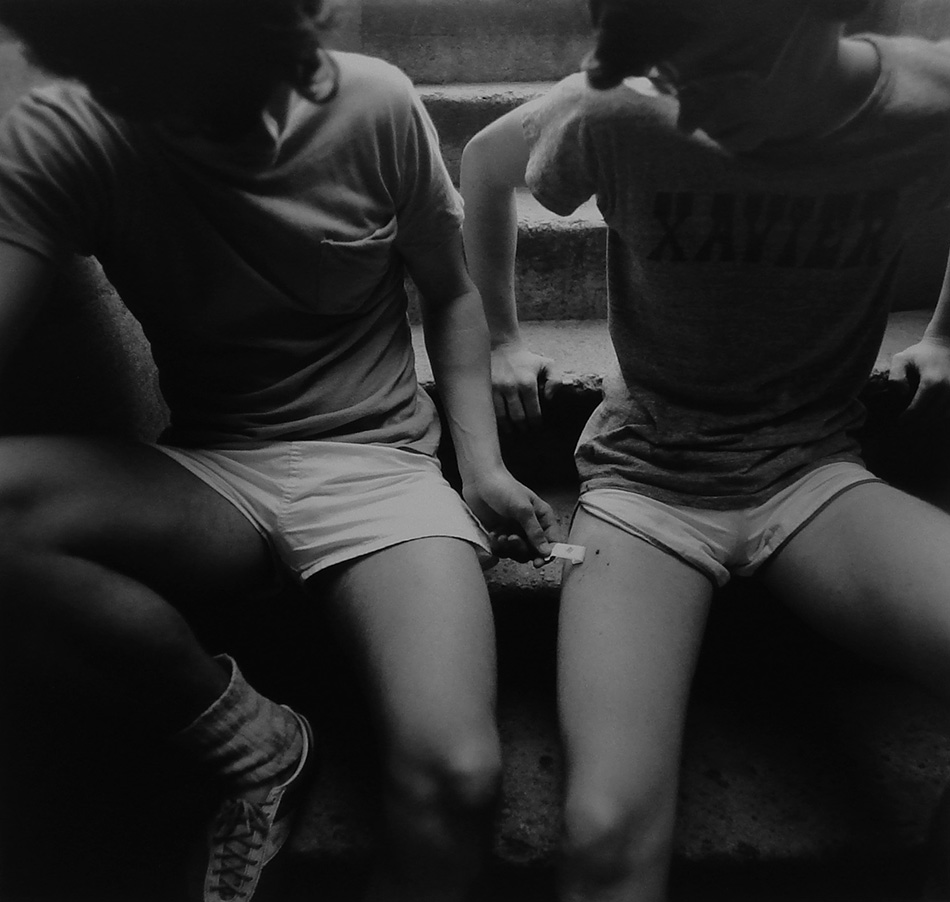 Photographer Arthur Tress, born in 1940 in Brooklyn, states that his images contain a sense of “magical realism.” That is to say that Tress’s black and white photographs of our everyday world somehow reveal an element of eccentricity and fantasy. For example, we see a young boy with roots, instead of hands, seeping through the sleeves of his sweaters. Placed along a leaf-scattered road, the boy’s face expresses a whisper of melancholy, as the rest of his body is unseen. A striking image full of narration, this picture is only part of the photo-fictions captured in a dark yet captivating documentary style. 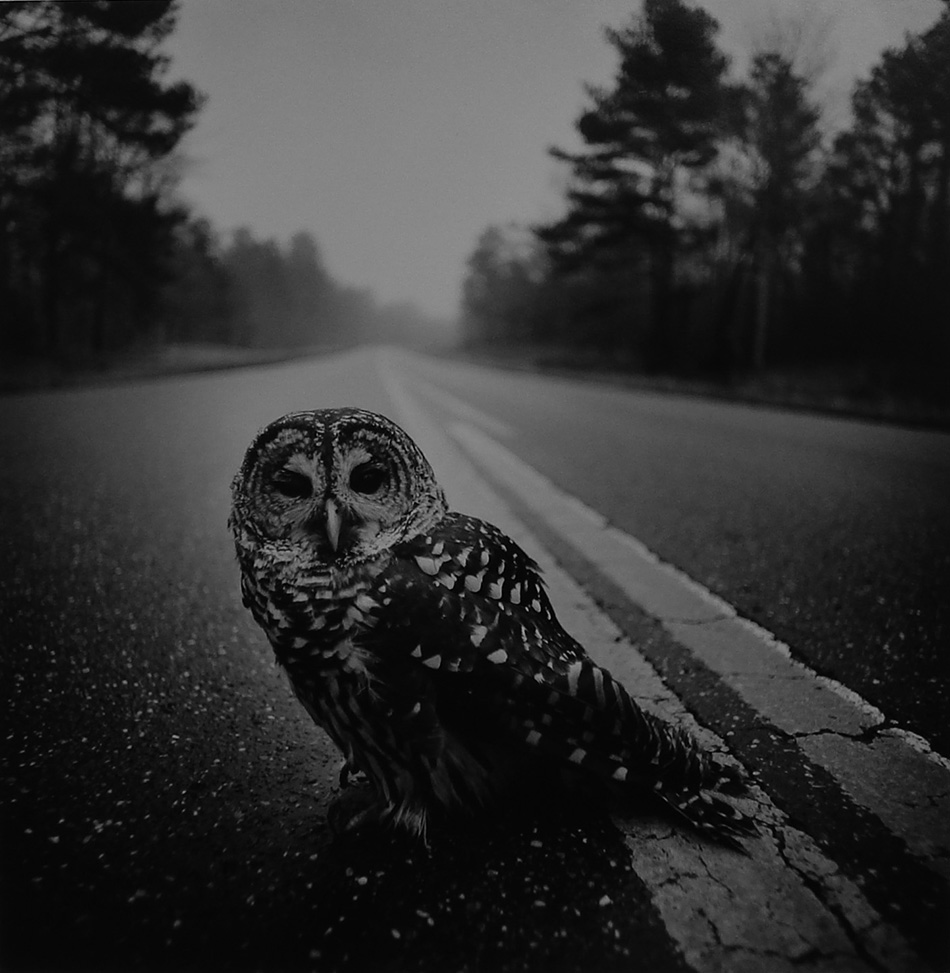 Others include a glass head on a beach, reflecting an upside down version of reality, or a lone owl in the middle of the road. We see an intimate photo of two teenage runners examining a wound underneath a Band-Aid. Tress incorporates a deep component of introspection in his photographs that blur the lines between reality and reverie. 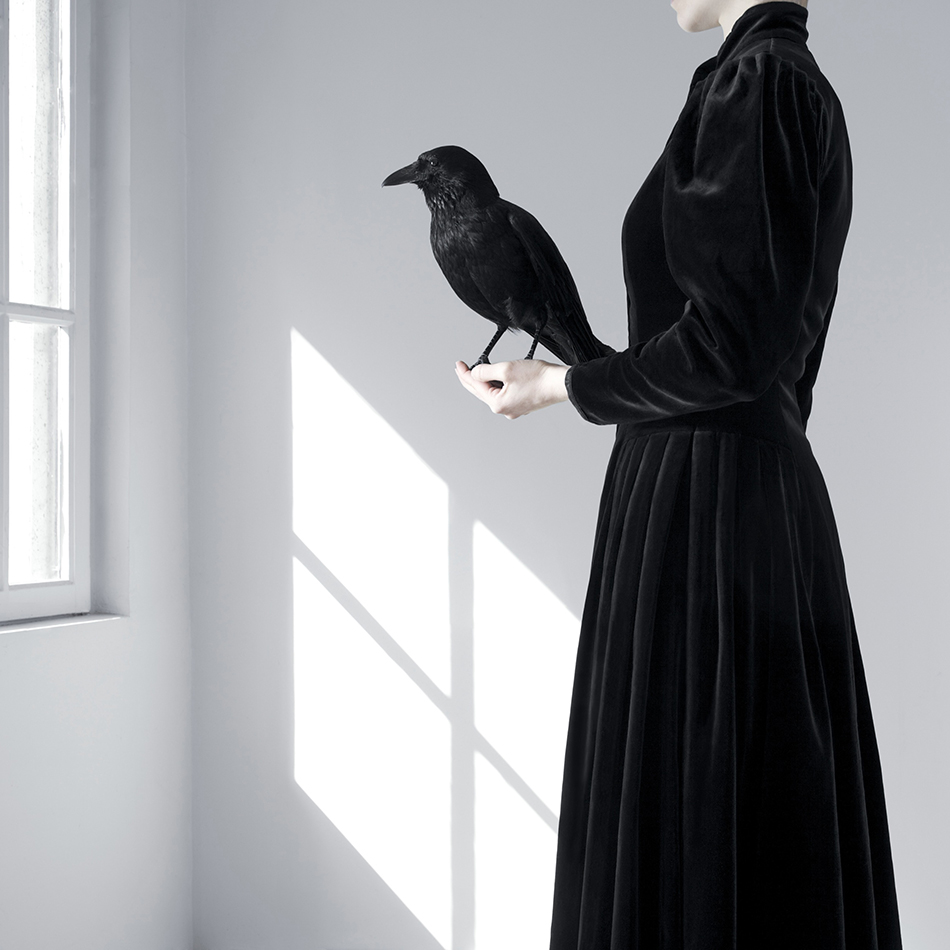 French image-maker Juliette Bates is the third artist exposed in “Fictions.” She specialized in photography while earning her Master’s Degree in Art History. Later, Bates won the Special Jury Prize at PHPA (Photo d’Hôtel, Photo d’Auteur) in 2013. In her series Histoires Naturelles, Bates introduces viewers to her visual story in the form of a white woman dressed in a black velvet gown. Set against the purest of white rooms, the woman holds a raven and looks out of the window. She appears again in a vast outdoor landscape, with butterflies, and with a solitary ant on her chest. 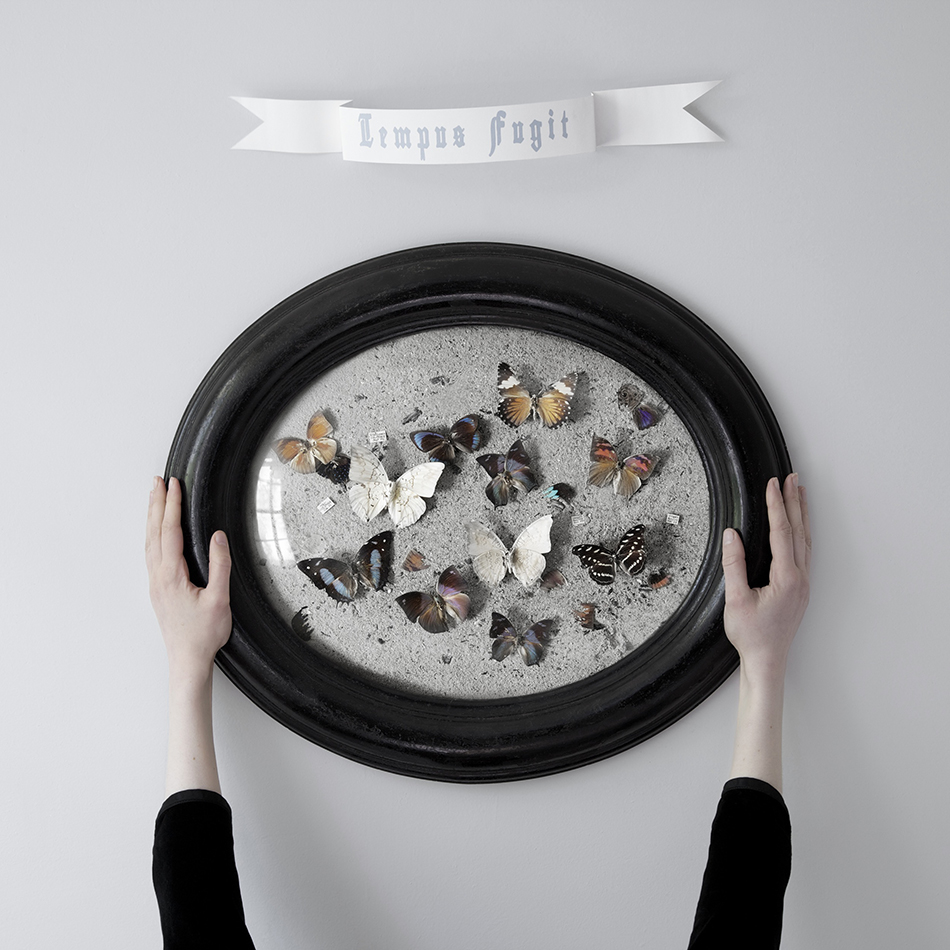 Bates’s images seem to be frozen in time, with the use of unadulterated light and her skilled composition of elements. She highlights the delicacy of the human condition in relation to nature in an elegantly cold way. Using the art of taxidermy, Bates tells a tale of the passing of time, or rather, the preservation of it.

We enter a world of imagination and sombre fairy-tale as seen by three ingenious photographers. Truth and fabrication are explored in the exhibition that is Fictions.

Fictions is on show at Galerie Esther Woerdehoff in Paris, France from now until July 12, 2014. For more information click here.

Click the links below for the latest issue of Schön! Magazine
Schön! in glossy print
Download Schön! the eBook
Schön! on the Apple Newsstand
Schön! on Google Play
Schön! on other Tablet & Mobile device
Read Schön! online