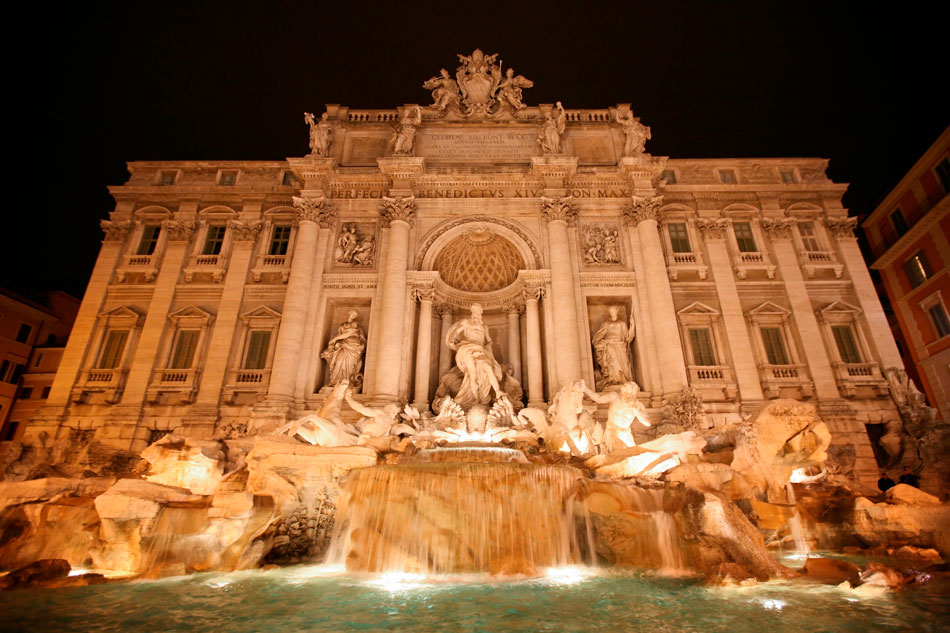 The magnificent Trevi Fountain, as featured in Federico Fellini’s masterpiece ‘La Dolce Vita’ is one of the crowning glories of Rome, but when it was discovered last Summer that the 18th Century cascade was struggling to survive, the Mayor put out a call for help. Luckily, Fendi has come to the rescue by offering to fund the restoration of this and other famous Roman fountains with the Fendi for Fountains project. “I think it’s a great idea and a great project,” says Karl Lagerfeld. “This fountain is a symbol of Rome, like the Colosseum and St Peter’s, and I am happy that we can all help.”

The Italian born fashion house is proud to be supporting the Eternal City, where much of its inspiration is born; so much so that it has offered to fund the entire conservation, which includes the 2,120,000 Euro restoration of the Trevi fountain as well as repairs to the 16th Century Quattro Fontane (Four Fountains). Fendi Chairman and CEO Pietro Beccari says he is delighted that Fendi has this opportunity to “reinforce our geographical and cultural Roman roots, which we are very proud of.”

The collaboration between the City of Rome and the Roman fashion house will be remembered by a plaque positioned next to the fountain. Gianni Alemanno, Mayor of Rome, says, “The restoration of the Trevi Fountain, one of the most known Roman monuments in the World, shows the importance of cooperation between public and private support and how the best Roman brands, such as Fendi, are involved in bringing back the historic centre of Rome to its original shine.”

We look forward to seeing the fountains in their original splendour once again.
Get a more closer look by visiting Fendi’s website