While still maintaining his surrealistic aesthetic towards pop by including contemporary and religious figures, LaChapelle manages to do so in a fresh way. Instead of shooting actual individuals, the artist photographs inanimate objects and wax figures, simultaneously expressing the dark side of the American dream and drawing allusions to historical paintings of flowers.

After learning that vandals broke into Dublin’s National Wax Museum in 2009 and destroyed several pieces, LaChapelle travelled to Ireland to document the wreckage. The photographer is clearly gripped by the phenomenon of glorified reputation in stardom. A photograph of a disfigured, topless wax Cameron Diaz is presented in his Still Life series, along with an image of Michael Jackson’s head. A variety of dismantled stars are displayed in cardboard boxes, ranging from Leonardo DiCaprio and John F. Kennedy to Madonna and Princess Diana. LaChapelle consistently delivers a message on society and its fascination with celebrities through his work. We cannot help but ponder over the delicacy and instability of fame and the destructive nature of the Hollywood system. Creating a wax figure is meant to immortalize a celebrity, but seeing this array of dismembered human “still life” with damaged faces begs the question, “Why do we relish in observing the demise of idols?” 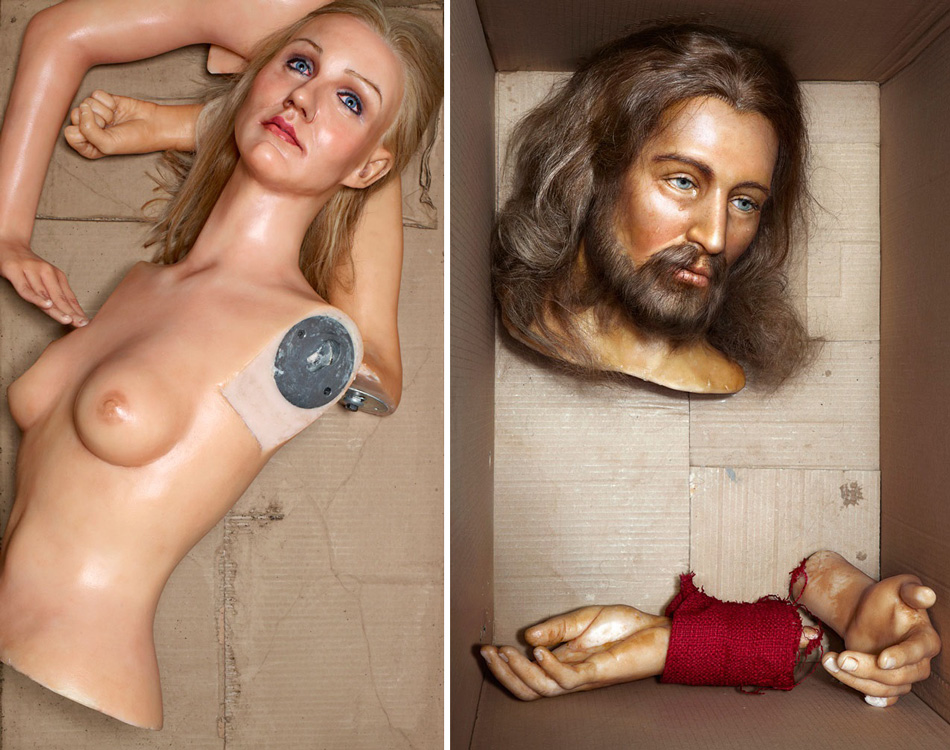 The second part of Still Life features an assortment of modern day objects arranged around centerpieces of flowers. Taking inspiration from historical still life paintings that usually included religious or allegorical symbols, LaChapelle twists this to make his own version. Instead of a peach or an orchid, he places an obscenely obvious plastic vagina next to a bouquet of flowers. In place of a skull, LaChapelle puts a chipped wine glass, cigarettes, or prescription medication in the frame. The bright flowers encircled by lifeless objects makes a point on the never-ending cycle of our own ruin through modern devices.

The final part of the exhibition is devoted to LaChapelle’s innovative depiction of Leonardo da Vinci’s Last Supper. The Biblical wax figures were fortunately unharmed in the vandalism. Similar to the celebrity section, the Last Supper shows Jesus and his apostles detached from their bodies and placed in cardboard boxes with their disconnected hands. A modern take on the early painting, LaChapelle’s Last Supper strongly resonates in our minds as he mixes the holy and blasphemous. Drawing a link between spiritual figures and celebrities, the photographer challenges us to reflect on why we idolize leaders, when in fact they can easily be put in boxes like the rest of us.

David LaChapelle: Still Life is at the Galerie Daniel Templon from now until July 26, 2013. For more info visit: www.danieltemplon.com