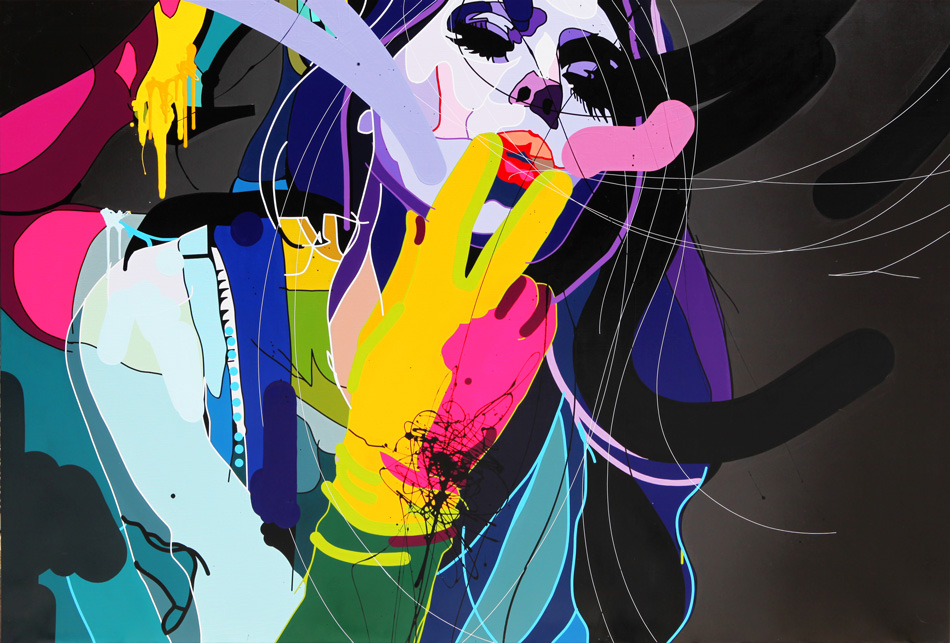 The internet infiltrates our lives in so many different ways, from humble beginnings; it’s gradually become a staple of our normal routines. Whether we’re perusing work emails or just checking up on friends – everyday we log in and for the most part, use it from morning till night. Using the World Wide Web for business is nothing new, Skype calls mean we can conduct global meetings at a click of a button, but one artist is turning the way we interact with each other into something of an art form.

On September 9th 2013 at AD Galerie in Montpellier, France, Cédrix Crespel exhibits a new series entitled J.O.I.E. featuring 20 large scale oil paintings and an installation depicting sensual images of his muse Joie Iacono. With Iacono being an “elegant beatnik from New York’s Downtown scene” and Crespel living and working in Guérande, France – they have maintained an epistolary relationship for around 10 years. Now, through the internet, the two have collaborated to not only create the personal images on display, but to explore 21st century communication. 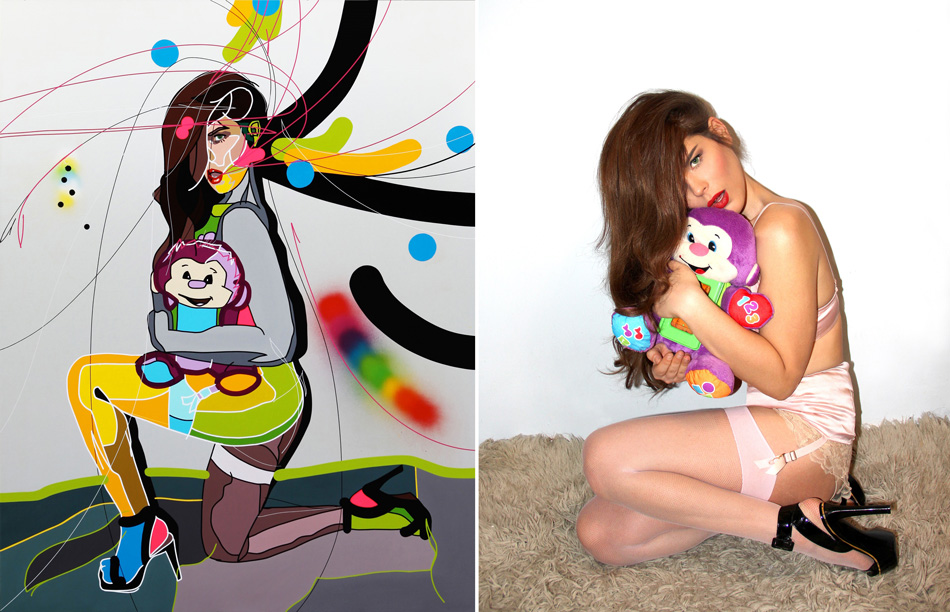 The paintings themselves feature Iacono in various flirty poses which are drawn from photographs taken by the muse herself. For a year Joie would take these images for Crespel, writhing and cavorting to be then turned into one of the sirens that grace Crespel’s work. Iacono explains, “Though the work that I make now is somewhat diaristic, I like to think that I am always playing a role… a coquettish game between myself, and my camera.” Bold colours and the use of thick and thin lines actually gives the impression of a graphic design piece rather than an oil painting, further highlighting the pure modern aspect of this series. 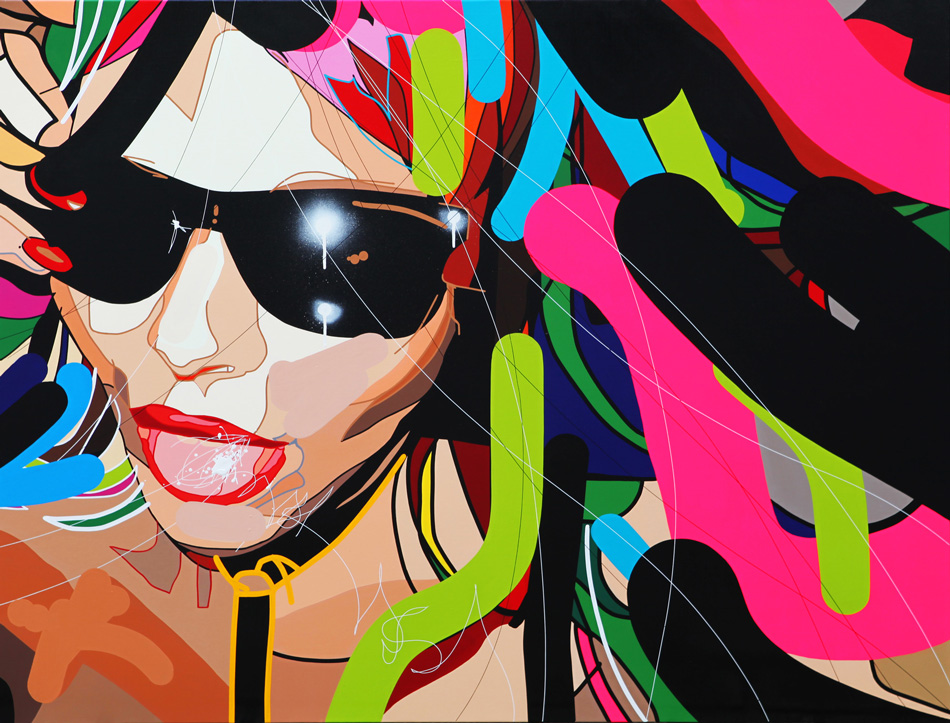 Joie expands on this in her statement: “We met online and he first painted one of my photos in 2006. His aesthetic really excited me – it fulfilled so many of my disco Patrick Nagel fantasies! When he approached me about the ‘J.O.I.E.’ project I took it as an opportunity to blow off some steam. Though I relished the idea of becoming one of the lascivious women in his paintings, the work speaks about something more subtle, more innocent, and more innate than just sex and strangers on the internet.”

As we move forward with the internet further worming its way into our lives, collaborating like this is becoming an exciting way to create something new, “We were examining these new, unconsummated connections that we are collectively forming through technology; exploring the validity of relationships outside of time and space as we know it,” Joie states. She goes on to expand on the idea, “Over the course of the year the work took us through many new experiences. I spent most days in New York writhing and bending for the camera as he painted the images in France, all without ever meeting face to face. In the end, seeing the work all in one place is overwhelming. I’m so honoured by the homage he has created in my name. I believe it is a testament to human connectivity.” 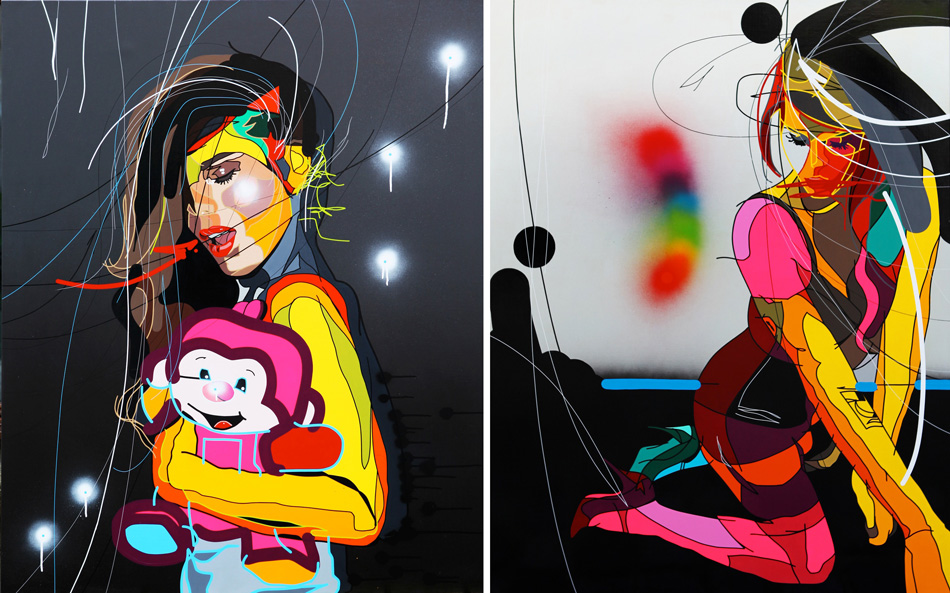