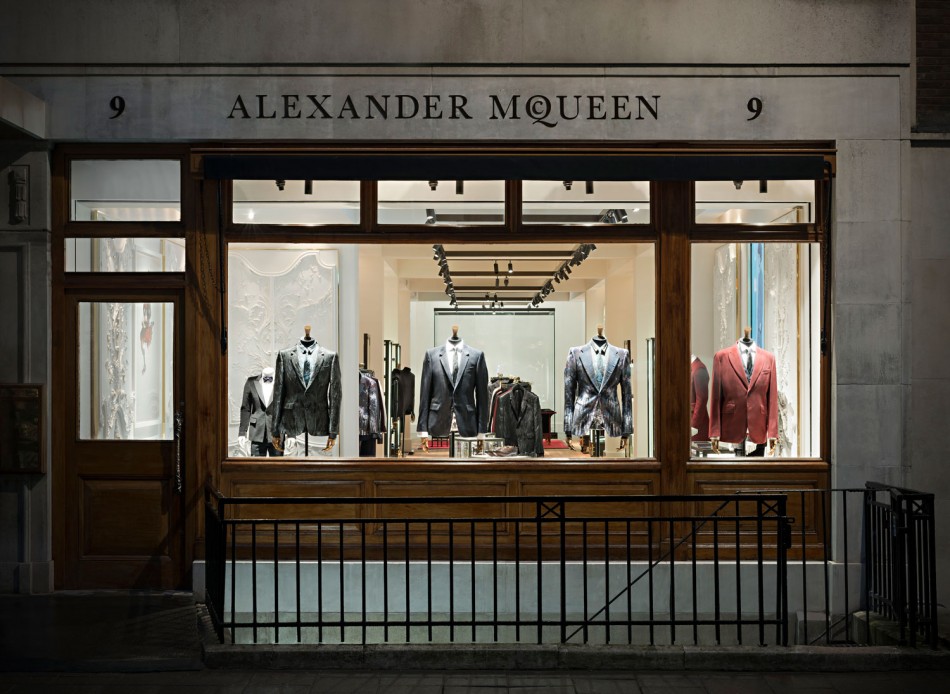 Savile Row has just got even more stylish with the opening of Alexander McQueen’s first men’s flagship store at number nine. For the first time, the full men’s ready-to-wear line, from suits to accessories, is available under the same roof. 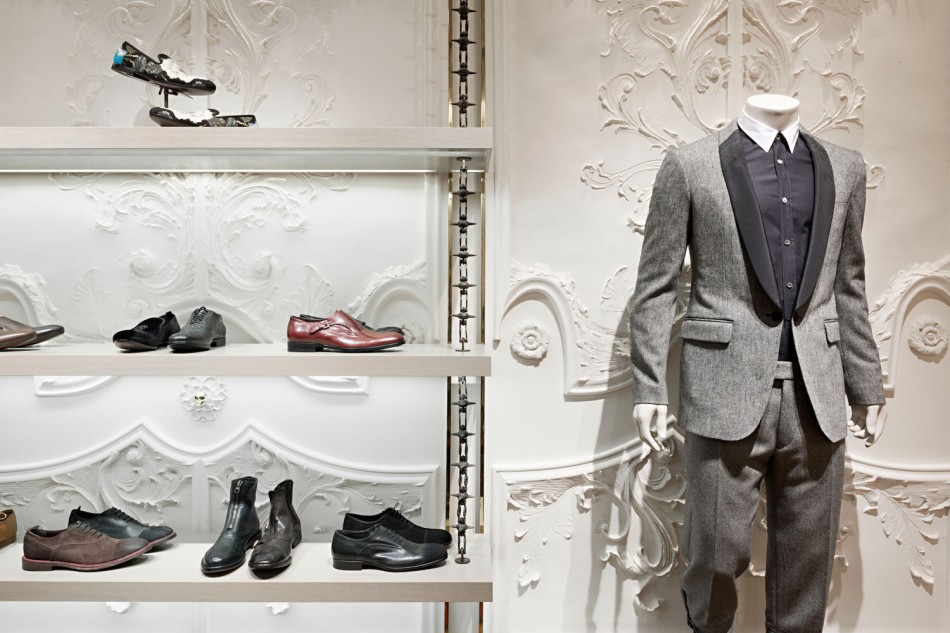 The Row, which is renowned for its bespoke British tailoring, is a fitting address for the fashion house, particularly as McQueen himself started his career here as a 16-year-old apprentice. “This new menswear store is like a homecoming for Alexander McQueen,” says Creative Director Sarah Burton. “Tailoring has always been the backbone of the label.”

Within the coming year, the brand also plans to provide a personal tailoring service here and, in the time-honoured tradition of Savile Row, it will offer full training to its apprentices. 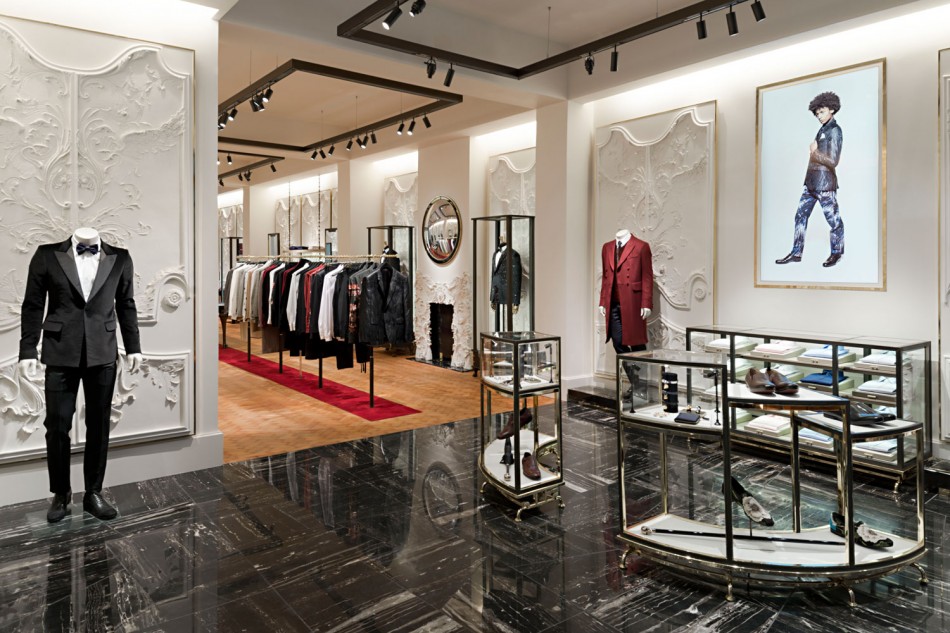 Meanwhile, the space itself offers a serious dose of contemporary cool alongside traditional style, thanks to interior designer David Collins, who describes it as “Britishness laid bare.” Clothes hanging from aheavy brass rail over a plush red carpet are reminiscent of military parades, but look closer and the rail reveals itself as an elongated spine. Decorative plaster panels are loaded with signature McQueen motifs, such as wings and skulls, and around the store there are animal claws and handles carved into twisted horns. The centrepiece is a large glass box displaying the best in contemporary art, and the floor is comprised of smashed and reassembled Nero Argento marble. 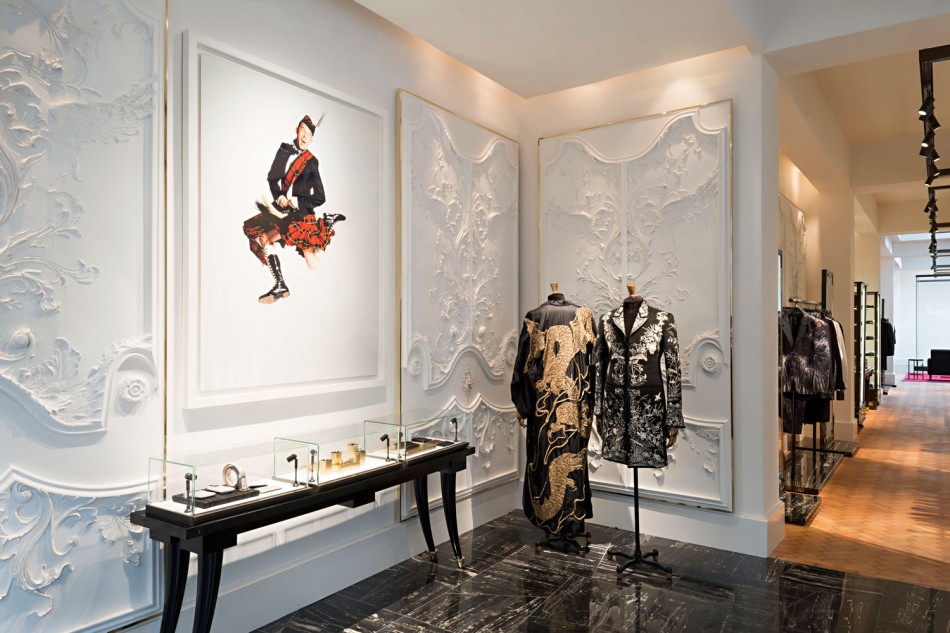 Collins, whose diverse sources of inspiration ranged from the faded grandeur of stately homes to the graphic lines of Francis Bacon, explains: “There is romance to the store and a maverick spirit, just like Alexander McQueen.”

We would certainly expect nothing less from this label, which returns to its roots with characteristically artistic style.