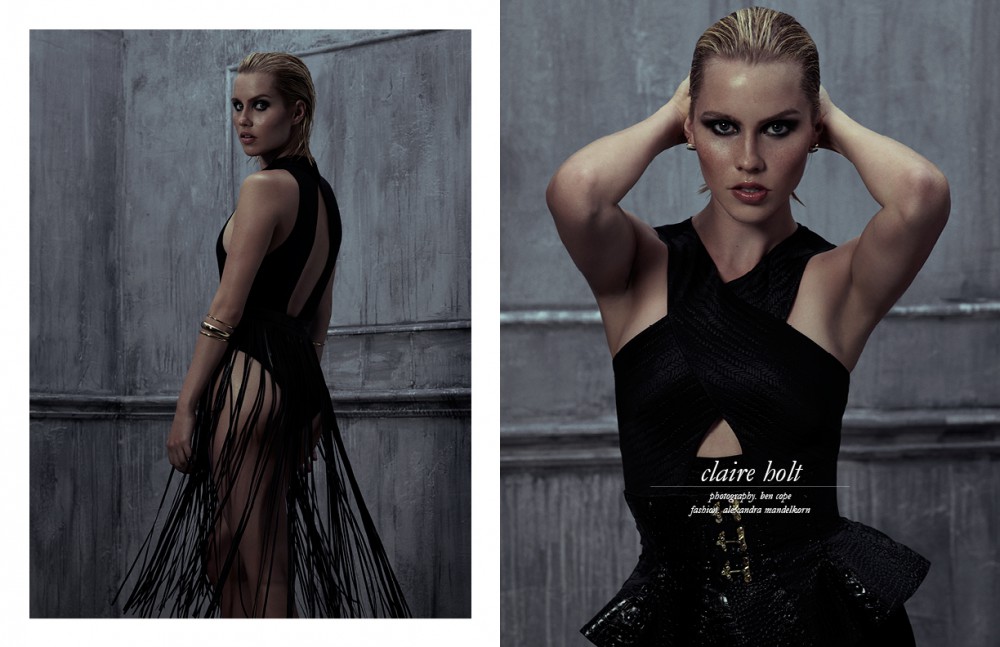 The combination of beauty, intelligence and talent is rare to find in the modern silver screen siren, but Claire Holt has a hearty helping of all three while still maintaining stars in her eyes and a passion for her craft. Mostly known as the impetuous blonde vampire Rebekah in The Originals, Holt has taken the courageous step away from her familiar character to explore new roles in bold new projects set to air this month. But don’t worry; Rebecca is still very much a part of the dynamic trio, as we have seen her appear for a guest role in this recent season finale. “I came back for the finale and I’m so glad I got to be a part of it. It was really nice to sort of come full circle. I really love playing Rebecca. She’s really special to me. I hope to continue to do her along with my other projects. Any time that the three Originals are together, myself, Joseph Morgan and Daniel Gillies, there’s some sort of chemistry that happens that I think is really special, albeit dysfunctional. We love to shoot scenes together and I think those are some of my favourite moments.” 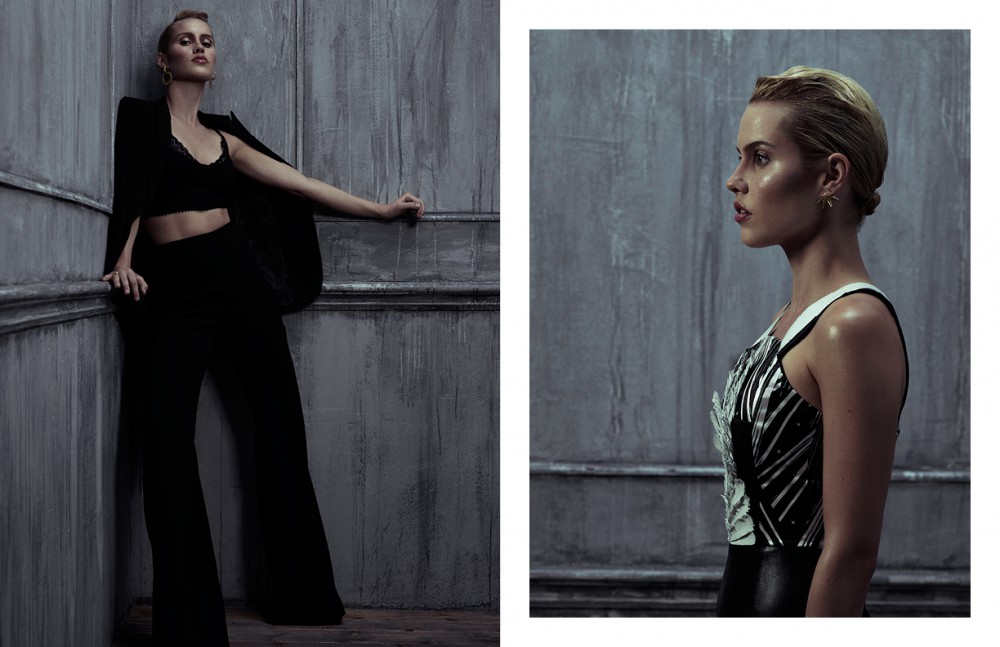 In her new role “Aquarius,” Claire has the chance to explore a new kind of fearless female character. “It’s a huge departure from Rebecca, and it’s a role I really fought for, because it was important. I play a young female police officer working in the LAPD in the late 1960s. At that time women weren’t allowed to do anything of any significance, at least no police work that meant anything. They made coffee and they did the filing. My character is one of the first to push the boundaries, and go undercover and really prove herself in the work environment which was something that was really frowned upon. I think it’s really topical today with women’s rights and wage equality. It’s all still really relevant. I think this character is really driven, independent and strong. She’s still feminine and she’s still gentle but she believes in herself and she can be tough too, and I think that’s what nice about a lot of female characters on television today. They’re dynamic and they’re flawed, and they have multiple sides to their personalities. They’re not just tough and bullheaded and determined, or soft and gentle like a fairy. There’s a combination of that. I think that’s what we all are as women, and it’s nice to be able to play a character that combines all those things.” 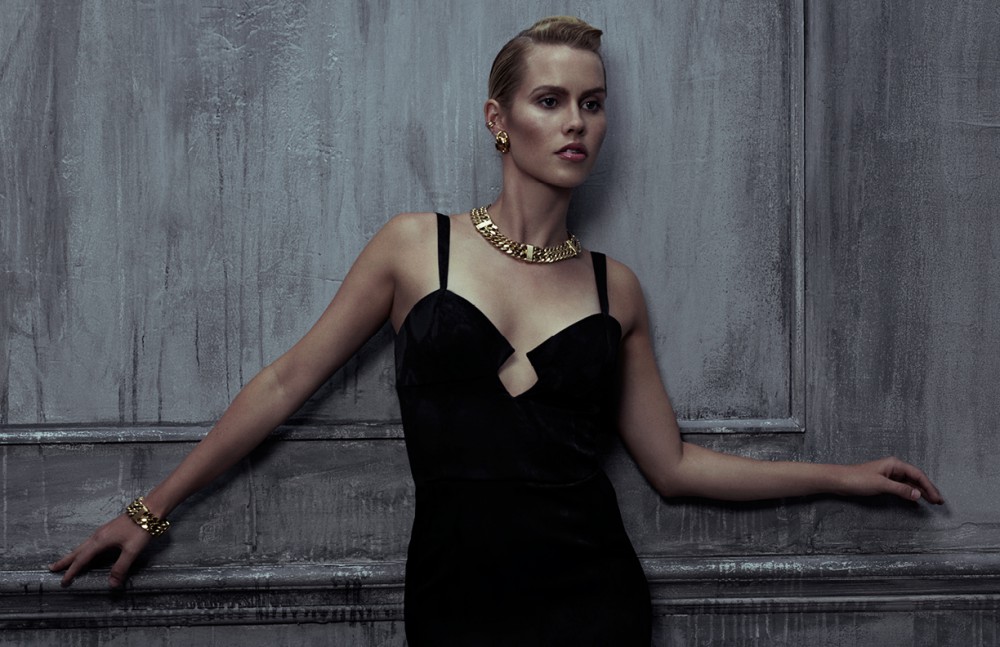 Although it was a huge step in a new direction, she explains that she has a strong affinity for both characters. “I think I spent so long with Rebecca that I know her so well and so it would be hard to say that I identify closely with Charmaine yet. At this point I’m really excited to explore her character. Working that show is like a dream and something that I hope goes on for many many many years.” Claire lights up and speaks excitedly about the opportunity to work with her handsome costar David Duchovny. “He is such a pro. He’s so smart, so funny; it’s actually annoying how talented he is. He’s such a treat. He’s one of those people that you watch and just learn from by the choices he makes and just the way he explores and he tries things. He’s not afraid to do something silly and not have it work out. It was just such a treat to be able to learn from someone who has so much experience and has been doing it for such a long time. He really is just a huge star, you know, and it was a little intimidating at first, but the second week we started to work with him we realised that he’s there for the actors and he’s very giving and generous. It was a dream come true.” 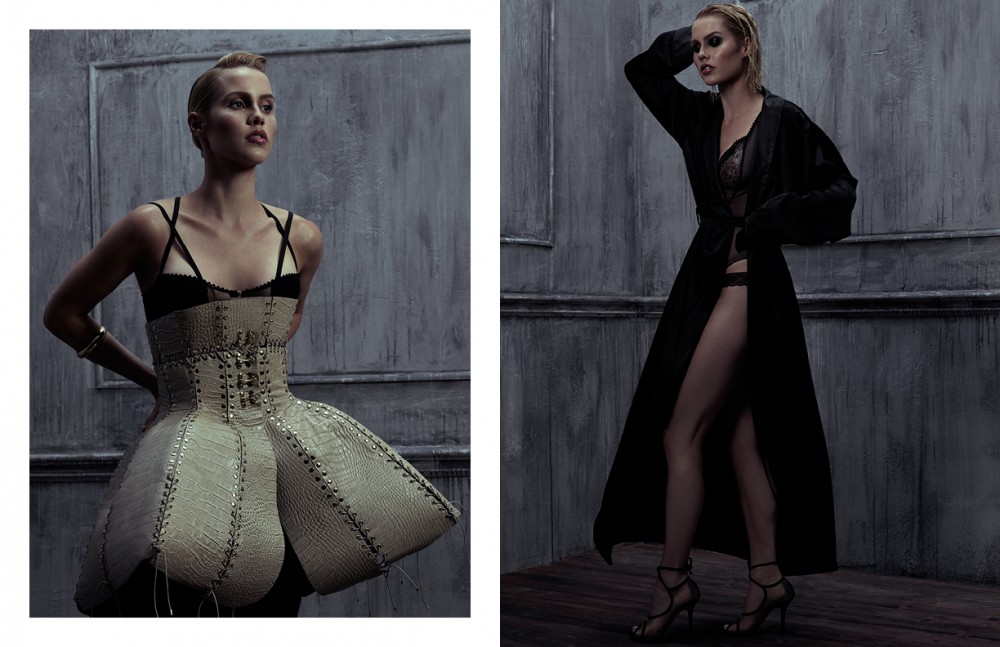 In addition to beginning an exiting new TV series, Claire also has plans to explore the big screen in a new role next to Mandy Moore. Having spent the last couple of months preparing for this underwater drama, she’s gearing up to begin filming this summer. “47 Meters Down is a film about two sisters that go cage diving in shark infested waters and the cage breaks. They get stuck at the bottom of the ocean with limited oxygen supply and have to figure out a way out without getting oxygen bubbles in their brain. We’ve been doing intense scuba training, which is a lot more difficult than I had imagined. It’s a real physical challenge, but it’s something that I’m excited about. The great thing about it is that drama underwater has never been done. We’re wearing masks, so we’re able to communicate and talk, and I think it will be exciting to see how that transpires. It’s interesting and original, and the script is really compelling.” 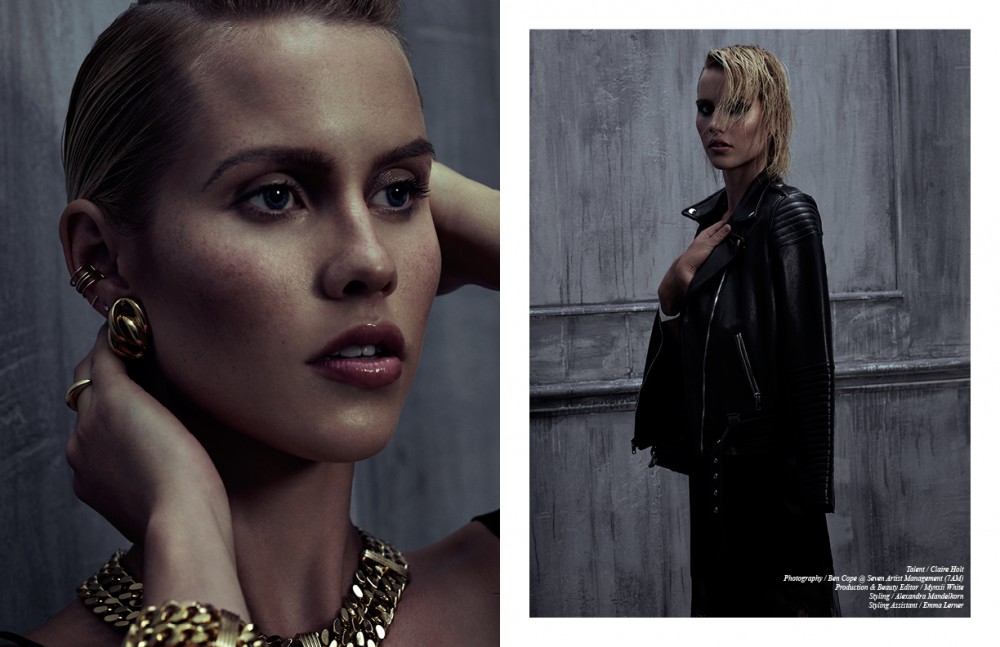 Although this bombshell has a full plate, she still has big dreams about the future. “I would like to go to Africa. My sister and my and my dad started a foundation there, an orphanage for boys that I’d like to go visit. I’ve never been to Africa so I’d like to go. I’d also like to have a family one day. I think it’s really important that when you look back on your life it’s more about the people that you love than your career. I hope to be a good mom someday and continue to pay my bills!” We see big things for this driven talent, and can’t wait to get lost in her new series this year.