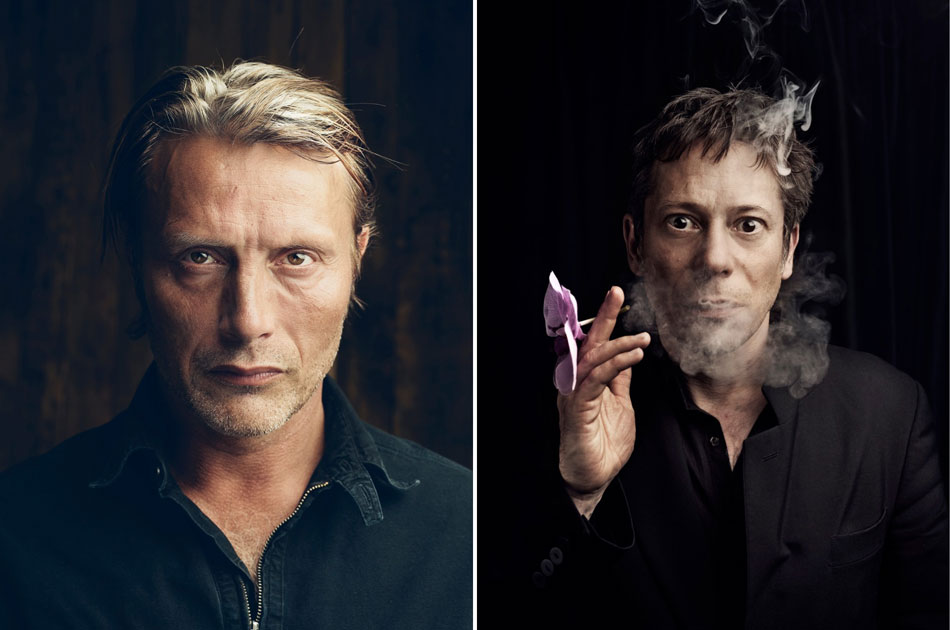 Everyone in the world of cinema and entertainment congregated on a two-kilometre road called the Promenade de la Croisette to celebrate the 66th annual Cannes Film Festival on May 15, 2013. Celebrity sightings were inevitable as adoring fans swarmed outside hotels to capture a glimpse of stars about to walk down the legendary red carpet. While some were lucky to catch sight of an actor, others make it their profession in seizing the talent with a camera lens. One such man is Nicolas Guérin, celebrity portrait photographer from Paris.

Guérin is known for photographing strong characters and his client list reads like a dream, including Meryl Streep, Quentin Tarantino, Lenny Kravitz, Dita Von Teese, to Denzel Washington and Adrien Brody. Most people only view the final, polished portrait of the actor or movie director. What they do not see are the conditions in which Guérin works, specifically in a festival setting. Shadowing the portraitist has provided insight into the chaotic atmosphere in Cannes and how challenging it is to create a harmonious image.

Photo appointments range between four to eight minutes. With 14 years of festival experience, Guérin has grown accustomed to making the subject focused in a short amount of time. However, that does not mean it is always easy. The talents spend hours upon hours giving interviews to international television networks and magazines. Public relations managers often rush photographers to maintain the talent’s tight and limited schedule. In addition, actors are photographed by five different photographers before Guérin, and five other ones after him. Although the photographers shoot the same person, in the very same clothing, in an identical location, Guérin’s images stand alone because of his specific taste. Most of the time, Guérin isolates the subject because the backdrops in certain locations can be distracting. 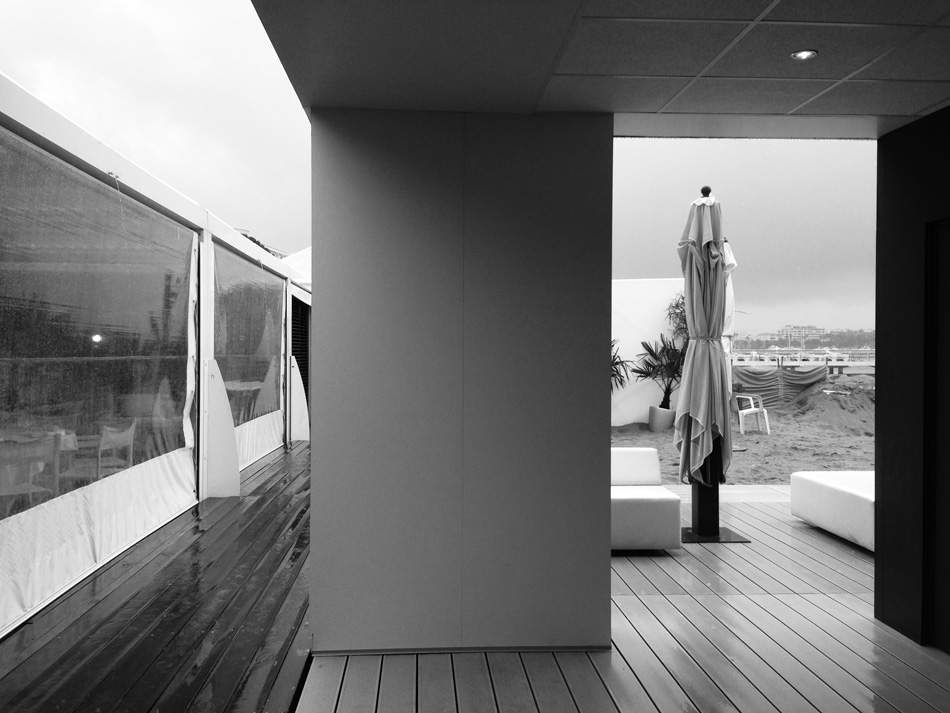 The portraitist headed to hotels and pop-up tents on the beach sponsored by a variety of companies for photo sessions. The ambiance fluctuated between the ultra-chic Christian Dior Suite in the Majestic Hotel, to the gaudy wallpaper of Magnum Beach. One radiant day, Guérin lensed actor Louis Garrel along the same white wall with two other photographers, and on another gloomier day, he snapped actress Clotilde Courau in the dimly lit corridor of the Intercontinental Carlton Hotel. He ran from one shoot to the next, always armed with two photo assistants and a single flash. A minimalist setup was necessary in every circumstance as the settings tended to be small and crowded.

How does Guérin manage to bring a sense of calm to his images in an atmosphere that is evidently the opposite? Knowledge is essential. Guérin understands his subjects’ careers and the films they have been in, thanks to a Masters Degree in cinema from La Sorbonne. This insight and passion helps in warming up the talent in mere minutes. 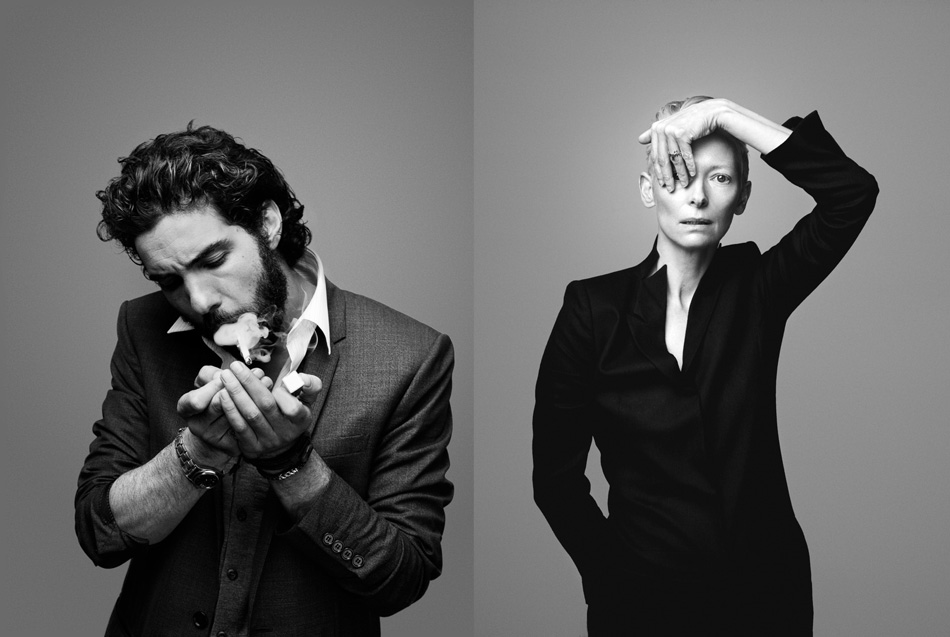 “When I am familiar with the actor’s work, like that of Mathieu Almaric or Tilda Swinton, I can succeed in making the moment more special. They will come to my story,” explains Guérin.

Swinton was no stranger to Guérin as he had photographed her two times prior to their meeting in Cannes this year. Haider Ackermann accompanied the actress as she was wearing his designs. “With people like Swinton, or Malkovich, or Dafoe, I can succeed in realising something quickly because they understand concepts better than others. These actors already have pictures in their minds and know what to do,” revealed Guérin.

One man who gave it his all was Danish actor Mads Mikkelson. “I knew how I wanted to light [Mikkelson] before the appointment. He is one of the best subjects because he is always 100% focused for the photographer,” says Guérin. 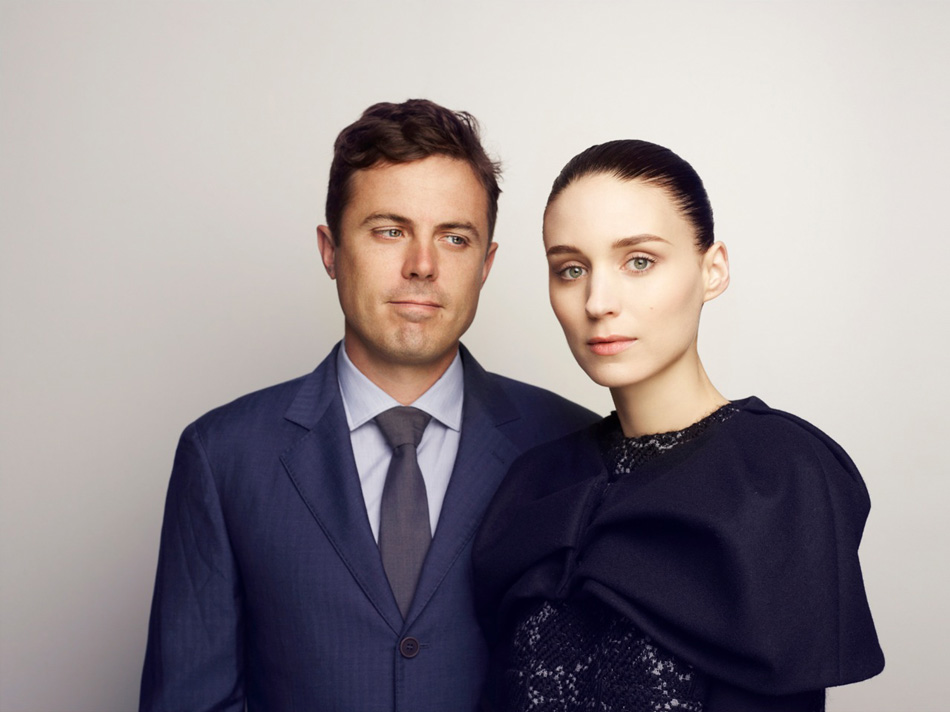 Other times, it is more complicated. It rained the entire day when Guérin photographed actors Casey Affleck and Rooney Mara. If that wasn’t enough to dampen the mood, all photographers were given two minutes with the same wall on which to photograph the duo.

Sometimes, Guérin does not have a scheduled appointment. He simply crossed paths with actor Tahar Rahim at the press junket. Rahim enthusiastically agreed to let Guérin photograph him during his cigarette break.

When it comes to up-and-coming actresses such as Léa Seydoux, warm feelings are not always so easily exchanged. “She is shy and reserved in front of the camera. I managed to compose an image with the timidity she gave me,” expressed Guérin.

Guérin succeeded in stepping into Mathieu Amalric’s world during their photo session. Almaric stars in Roman Polanski’s “La Vénus à la fourrure” that premiered in Cannes. The film explores sexual role-play mixed with sophistication and wit, elements that Guérin toyed with to create the portrait. 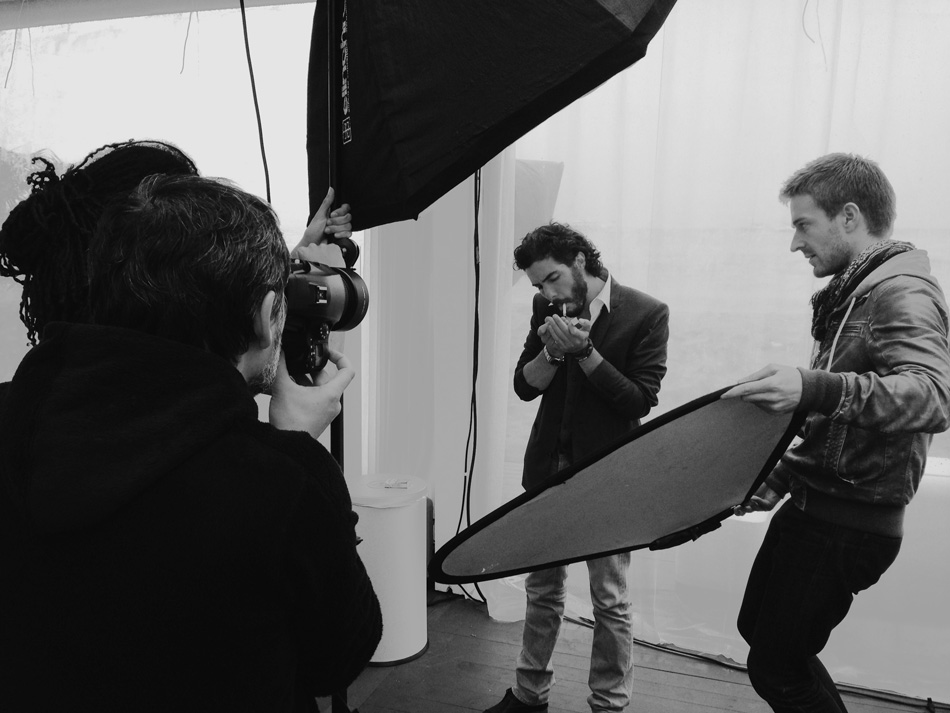 Whether or not this photographer achieves the unique privilege of entering the universe of his subjects, (who consequently enters his own), something tranquil occurs in an environment with public relations assistants and talent managers scurrying about. Within four minutes, Guérin captures a distinctive image of a celebrity who has had a very long day. Among the festival pandemonium of time limits and congested venues, Nicolas Guérin’s portraits offer peace. Listen.