With many action thrillers today, one can’t help wondering if the filmmakers had too much time and too much money to play with. Dragging out a movie for two hours or more simply to pack in as many big budget fight scenes and chase sequences as possible seems to be how it’s done these days. Not for British director James Watkins. Best known for horror films such as The Woman in Black and Eden Lake, he’s no stranger to keeping audiences in suspense. While horror relies on a slow pace to deliver its sense of foreboding, for his next feature, Watkins tells us he wanted to make “a Friday night, rollercoaster ride, fast and furious film”. 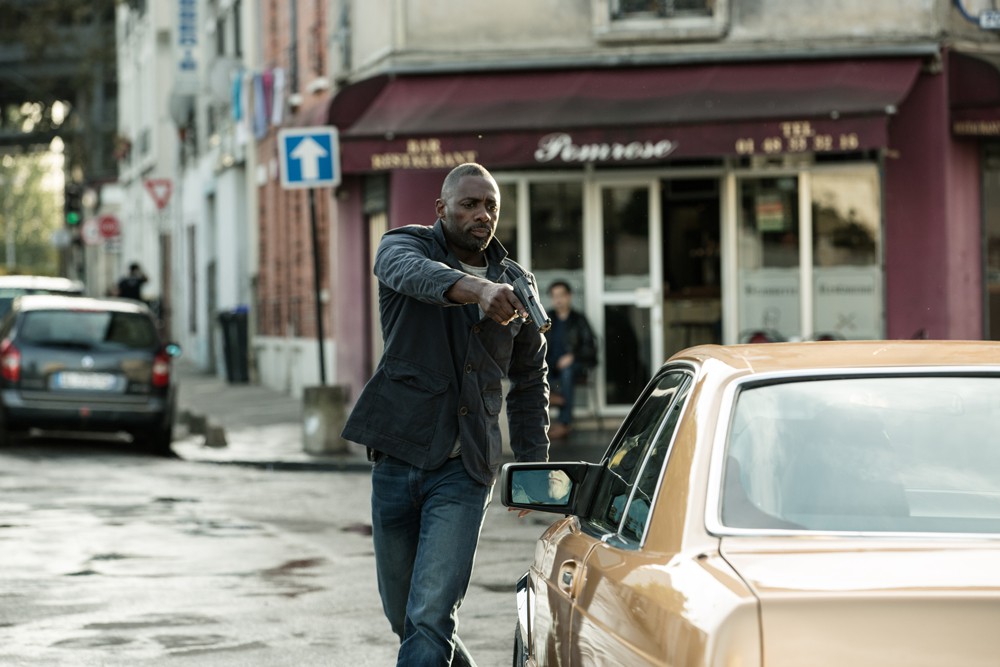 Bastille Day is certainly that and a far cry from the more self-indulgent examples of its genre, coming in at a tightly edited, pacey and gripping 90 minutes. Michael Mason (Richard Madden) is an American in Paris, but not in the romantic sense. An aimless drifter with a remarkable flair for picking pockets, Mason runs into trouble when he steals a bag from bomb mule Zoe (Charlotte Le Bon), resulting in the deaths of four civilians, and is caught on CCTV to boot. ‘Reckless and irresponsible’ CIA field agent Sean Briar (Idris Elba) is tasked with bringing him in. He soon realises Mason is a pawn, but possesses pick pocketing prowess that could prove useful in tracking down the bad guys. Thus begins an unlikely partnership and 24 hours of action packed antics, involving a conspiracy, police corruption and plenty of doors being kicked in. 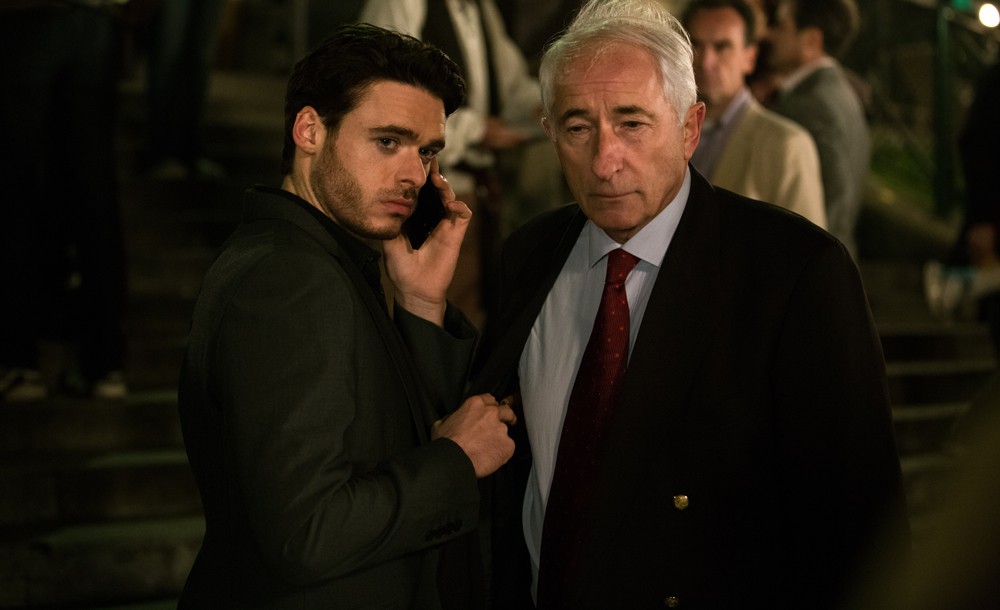 So far, so standard, but Watkins displays a real aptitude for action. He was inspired by ‘70s and ‘80s films such as The French Connection and Serpico, which he describes as “very much grounded in the moment and have that gritty feel”. Shot primarily in the residential suburbs and less affluent back streets of the French capital, Bastille Day is more Bourne than Bond, albeit a lighter hearted version. Instead of enormous explosions and heroes hurtling from helicopters (unscathed, of course), the director has employed hand-held cameras and built real sets rather than relying on CGI. He challenged his actors to perform many of their own stunts, including Elba, whose performance here will be scrutinised by many as a sort of ‘audition’ for 007.

“The film definitely attempts to be as raw in the fight sequences as we can get,” says Elba. “Scrappy was the word I kept hearing. I mean it really feels like you’re in there.” Of particular note is a nail biting roof top chase and a brilliantly choreographed fight scene in the back of a van which is indeed fast and furious and had the audience in rapturous applause. Throw in a healthy dose of playful humour and morally flawed, but likeable, characters… what else do you need? 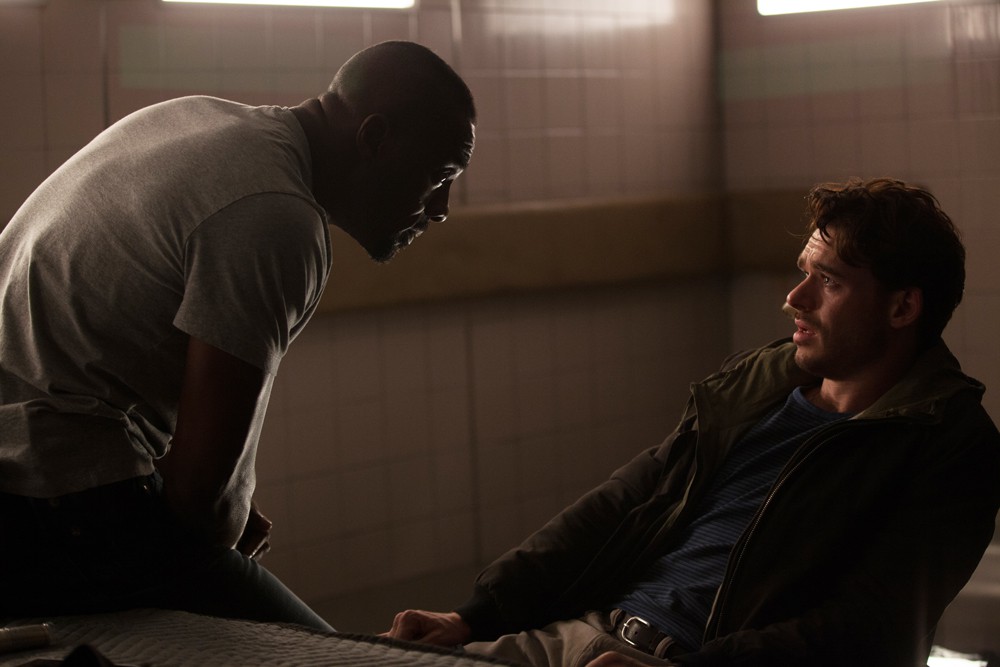 Well, a touch more bromance between the two male leads would have helped. This is, after all, a buddy movie and we’re not sure there’s enough chemistry there. We could have also done with more screen time with the female characters. While up-and-coming French Canadian Charlotte Le Bon gets stuck in by the third act, the talented Kelly Reilly, who plays Sean Briar’s boss, is not used nearly enough. It’s a bit distracting that the three main American parts are played by Brits. Okay, so Elba and Reilly’s characters are both CIA, but why is Madden’s when it adds nothing to the plot? The story line also teeters on the edge of implausible, but there is one twist in the tale that is truly shocking, and masterful its matter-of-fact delivery.

It’s uncertain how Bastille Day will be received in France, post the terrorist attacks (its release was already delayed), but this is not a polemical, political drama and it’s not really about terrorism either. This is back-to-basics cinematic entertainment, with high-octane action and plenty of laughs thrown in. If you’re in the mood for a rollercoaster ride this Friday night, Bastille Day is the one to watch.

Bastille Day is in UK cinemas on 22nd April

All images courtesy of Studio Canal