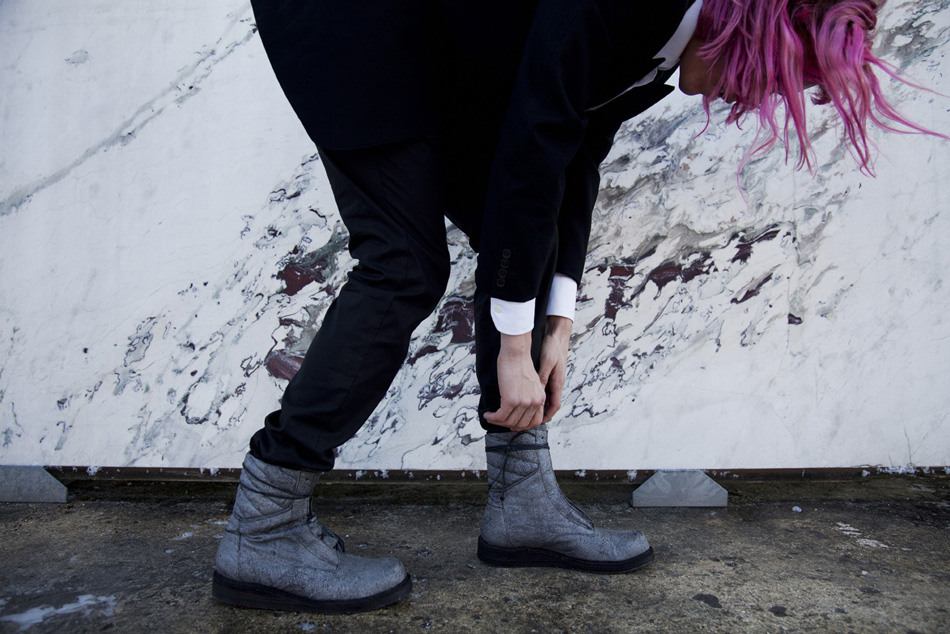 It’s no coincidence that two young designers, independent of each other, launched debut collections focusing on organic fabrics and eco-friendly production methods. Sustainability has been a hot topic within the industry for some time.

Now, consumers are paying attention, especially following the tragic deaths of more than 1,000 Bangladeshi workers after the collapse of an apparel factory. The subsequent outcry has raised questions over fashion companies’ sourcing strategies and the general green-ness of modern-day fashion. For designers Bobby Kolade and Mats Rombaut, going green was never in question. They are part of a new generation making a blueprint for the future with eco-friendly fashion.

Both Kolade and Rombaut spotlighted bark cloth in their AW13 collections shown in Berlin and Paris, respectively. The fabric is one of the oldest known unwoven textiles and UNESCO included it in an Intangible Cultural Heritage list in 2008. “Surprisingly soft” is Rombaut’s description of the fabric. Lifted carefully off of fig trees, the inner bark is boiled before being beaten soft with several wooden mallets. The bark harvesting is limited to once a year, and only specially trained craftsmen know how to manipulate it into the soft and usable end-product. “The combination of the long process, the craftsmanship and its history makes bark cloth the epitome of a luxury product,” says Kolade. 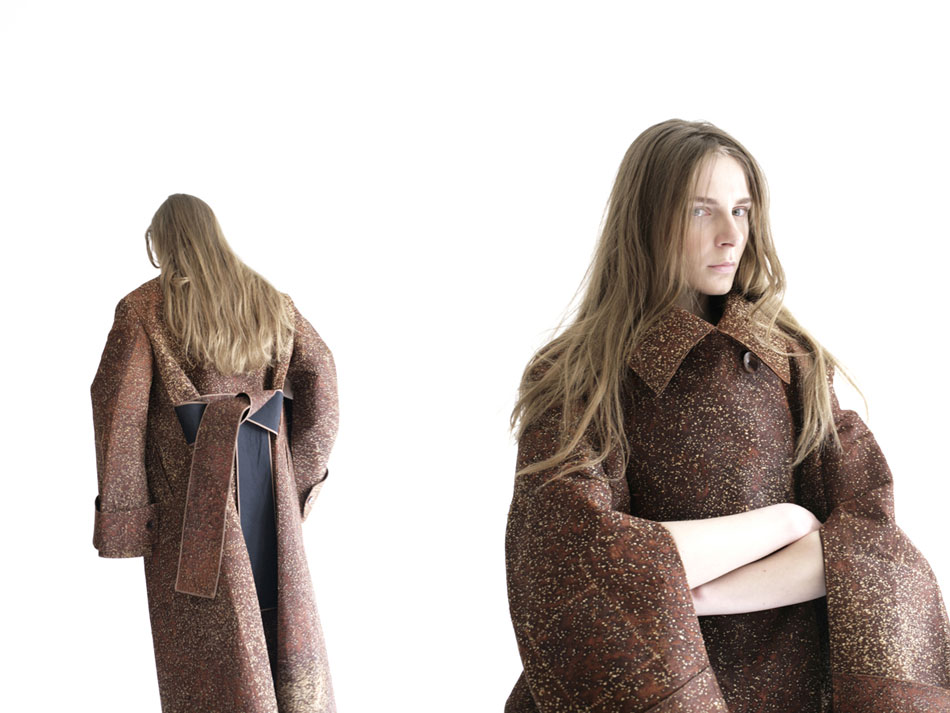 Raised in Uganda, German-Nigerian Bobby Kolade knew the fabric from his childhood. “I’d never considered using it in a collection,” Kolade says, admitting he only rediscovered the textile at a friend’s place. He made bark cloth the reference point for his womenswear collection, calling it ‘Things Fall Apart.’ Bark cloth is a very delicate fabric and a tear or two is to be expected in every delivery, Kolade informs us. Instead of discarding these pieces, he simply used them for inspiration. “The bark cloth pieces you see in the collection have been bonded with wool, to give it stability,” Kolade says.

Rombaut coated the bark cloth he used for his men’s shoe line with Amazon rubber. An organic solution for reinforcing, as well as waterproofing the shoes. Unlike Kolade, Rombaut wasn’t familiar with the fabric and went through four years of researching organic options. “I was researching leather alternatives for a long time, so when a friend introduced me to bark cloth, I immediately knew I wanted to use it,” Rombaut explains. Neither Rombaut nor Kolade would ever use skin in their collections, but while Kolade is eager to develop the fabric, Rombaut is constantly looking for more tenacious fibres.

Oliver Heintz, one of the only bark cloth merchants in Europe (and both Rombaut and Kolade’s supplier), has been pioneering the use of bark cloth, and in 1999 he started his own range of bark cloth textiles named Barktex. “We use a range of technologies (coating, quenching, wetting, lacquers, tanning etc.) which have been adapted from the textile, wood and leather industries. Although “most are hand applied and made in Uganda under rather difficult circumstances and independent from electric power,” Heintz says, he is quite certain that he will one day break the code to providing a resistant bark cloth textile. 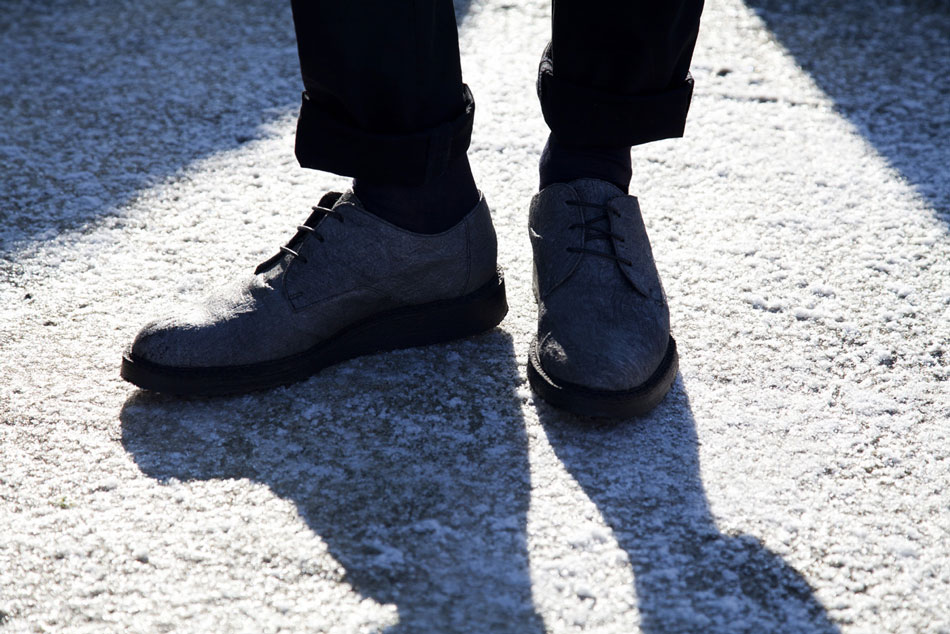