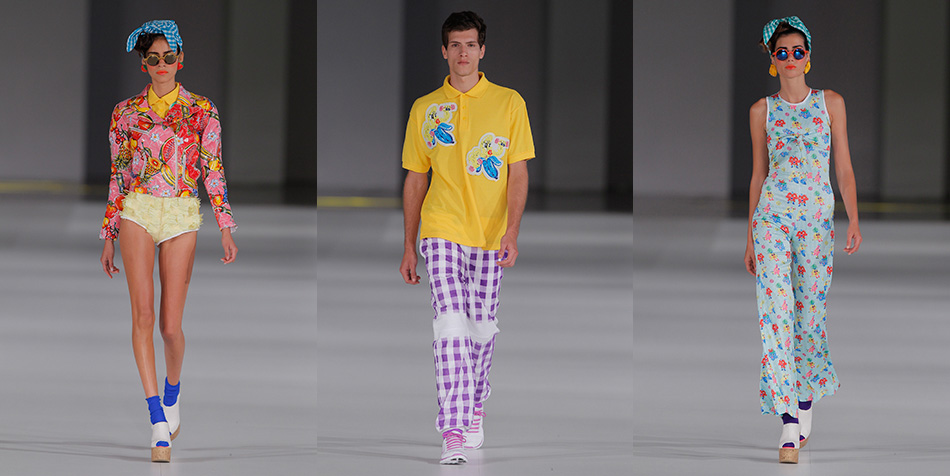 With summer finally hitting our shores, our minds turn to fun in the sun. Pack up your dowdy daywear and instead head for blazing hot beaches and steamy late night fiestas. This is something that Barcelona does best, as witnessed by our Fashion & Features Editor Huma Humayun, when she attended 080 Barcelona Fashion last week. The 30,000 attendees were treated to five days of Spring/Summer 2014 catwalks, packed with performance and positive energy.

The Catalans know how to put on a party, but they also know how to turn a fashion show into one. Live music, from rock bands to DJs, accordions and string quartets, was a common feature. Mango, which opened the event, was the only label to show an Autumn/Winter collection, dominated by punk influences and pinstripes. None-the-less, the Barcelona based brand set the scene for the sense of optimism that pervaded the week, closing the show with its childrenswear modeled by adorable youngsters holding balloons and bouncing on stage along with the band. On day two, Desigual went one step further, turning the entire runway into a bustling beach. The models, led by Adriana Lima, played the part of beach vendors, plying the audience with coconuts, cold drinks and winning smiles.

The fun continued at Krizia Robustella, a ‘sport deluxe’ brand where “comfort merges with luxury and luxury is transformed into shapes and fabrics hitherto relegated to the scale of the informal.” The aptly titled ‘Bananas is my Business’ collection was inspired by the colourful and eccentric Carmen Miranda. The guys were dressed in giant gingham prints on sweat shirts and pants, while the girls sported hotpants and headscarves in soda pop colours and fruity motifs, proving that tropical dressing is not just for the ‘lady in the tutti-frutti hat’. 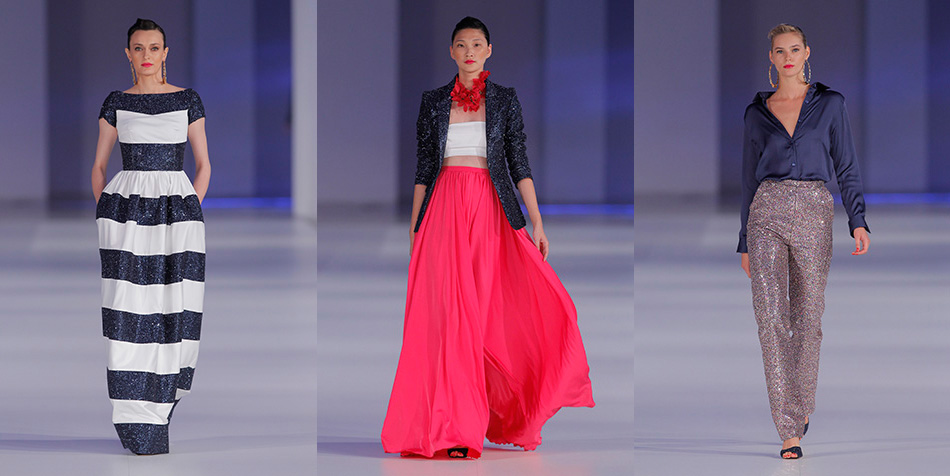 Upon hearing that Juan Pedro López’s collection was inspired by the Greek islands – think bucolic scenes, bougainvillea and sailor stripes – we were a bit concerned that blousy oversized florals and a pastiche of the sailor suit would follow. The award winning designer, who does elegant eveningwear with ease, soon put these qualms to rest. The aforementioned bougainvillea took the form of 3-D fuchsia florals, while wide white and navy stripes adorned simple structured gowns without a sailor hat in sight. Lopez evoked the ‘Santorini sunsets’ by way of glitter, which encrusted coats, high-waisted tailored trousers and shorts. We think glitter has never looked so grown up.

Finally, we come to Brain&Beast – a collaboration between three designers, Ángel Vilda, Verónica Raposo and César Olivar. The latter has an extensive background in costume design and this is evident in the brand’s collection of men’s and women’s fashion. The designers say their garments have “a strong influence of contemporary culture, as well as a large dose of sophistication and a sense of humour.” Arab-inspired keffiyeh scarf prints were combined with smiley logos, floral, tropical and camouflage prints and jack leads tied as belts. This eclectic and irreverent collection won Brain&Beast the 20,000 Euro award for Best Collection. 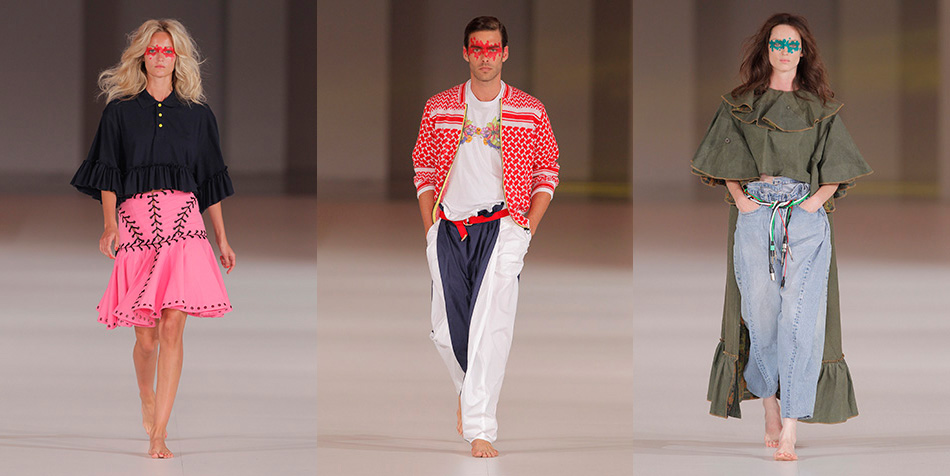 Trends to take away from Barcelona include, of course, lots of colour –with lemon yellow proving a firm favourite– but also high waists on everything, from trousers to shorts, skirts and swimwear. Not forgetting a good dose of asymmetry and many, many takes on the humble shirt/shirt-dress. That’s next Spring/Summer’s wardrobe sorted then. Now we only have to worry about this year’s…

Information on the other participating designers and brands can be found at: www.080barcelonafashion.cat