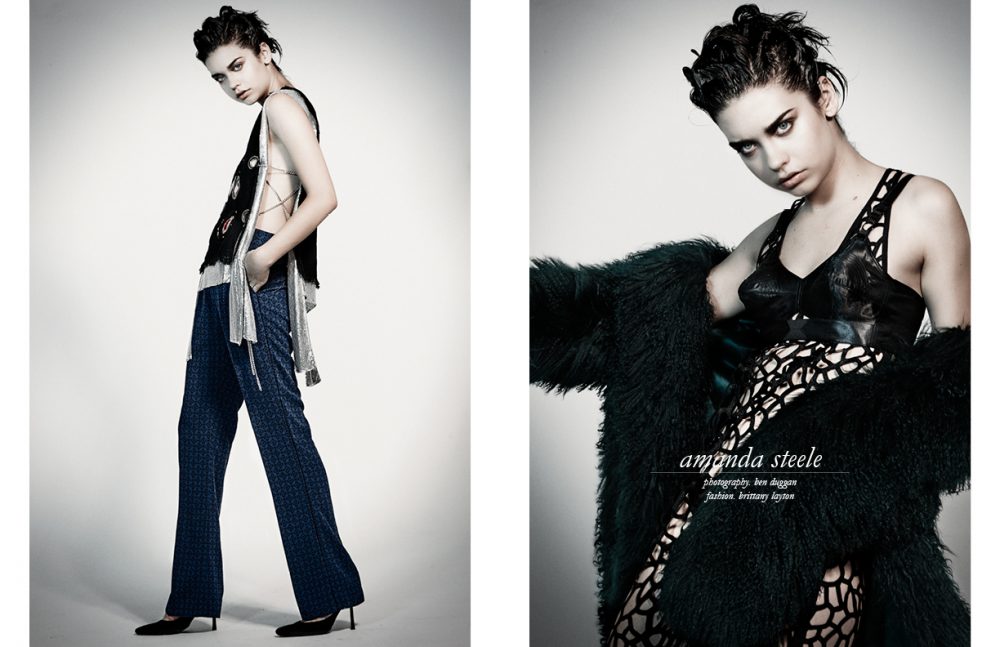 Navigating a rapidly blossoming career as hyper-hyphenated as Amanda Steele’s could be daunting at any age, but at just seventeen, she manages to do so with grace and a smile on her face. The vlogger, model, actress, and makeup artist boasts an impressive social media following and has proven herself a force to be reckoned with in every industry she so masterfully juggles. We sat down with Steele for some life lessons and lip gloss tricks.

“It’s definitely harder for me to prove that I’m worthy of being at some event or in the same places as people who are older and more experienced than I am,” Amanda confesses when asked about the advantages and disadvantages of her young age. Having started her wildly successful YouTube channel (@makeupbymandy24) at the age of ten, Steele says she never imagined it would rise to such popularity. But if this youthful social media savvy is what to thank for having gotten her here, she is well aware of its power. “It’s the reach, and the numbers in front of your face. I think social media personalities are able to transition over to the mainstream because there’s proof of what they can do.”

Steele’s artful knowledge of online performativity and personal branding in the digital age has garnered her millions of followers, a leading role on a web series, a contract with IMG Models, and most recently, a much coveted position leading makeup at New York Fashion Week this past season. “So exciting. Unreal. I felt like I ‘made it.’ It’s a dream that I never imagined would come true,” she gushes on the topic of NYFW. “Being a part of the show really inspired me.” Having grown up ‘obsessed’ with America’s Next Top Model, Amanda admits, “I always kind of wanted to model, but I kind of gave up on that. So, I was surprised when IMG said they were interested, but I think it’s something super cool to be a part of the fashion industry in that way also.” 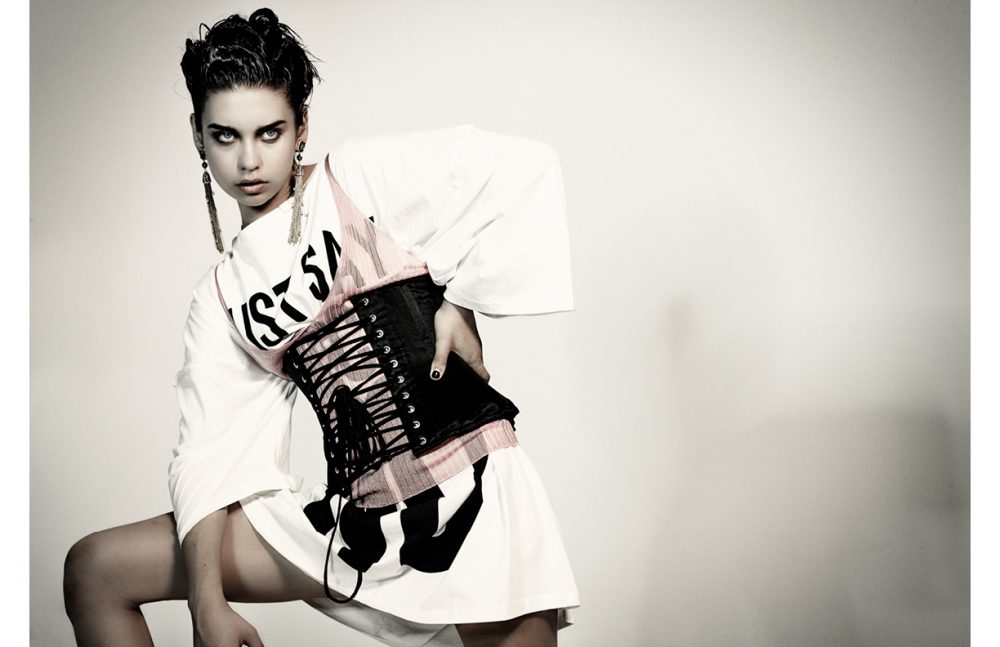 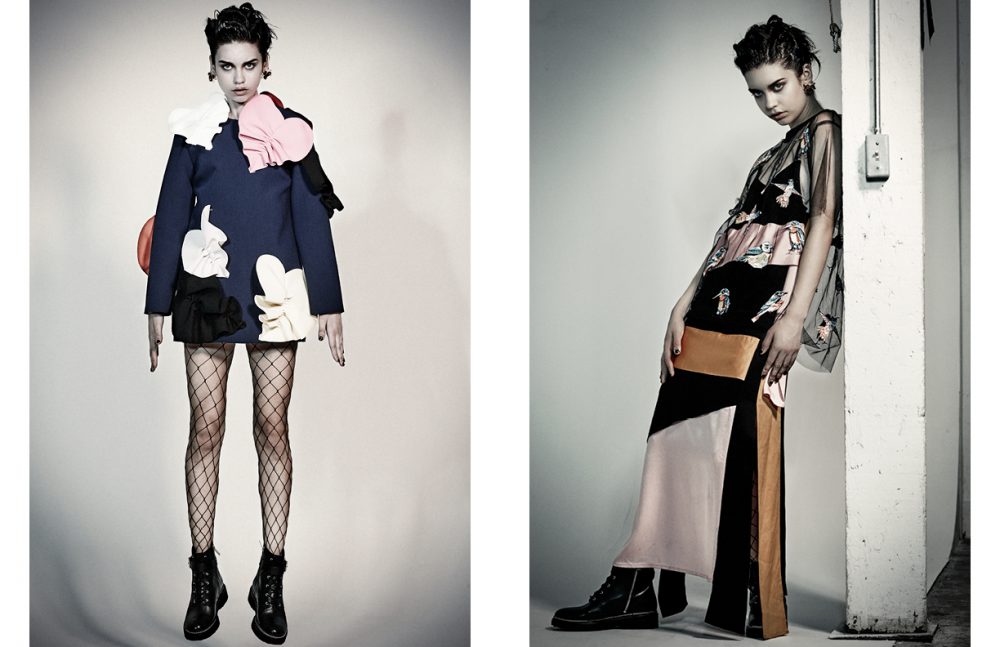 In regards to her role on Awesomeness TV’s Guidance, Amanda says she felt a connection to the character, who though popular and well-liked by her peers, still feels misunderstood in the grand scheme of things. The show’s focus on this disconnect through the lens of social media only tightens Steele’s deep understanding of her role. “People look up to me and think they know me. They think I’m perfect, but that’s definitely not true.” Her character’s downfall at the hands of cyberbullying and social media slander is not lost on her. “Girls in high school would try to post things about me and start rumours.”

This begs the question: how necessary is it for an individual with such a staggering online presence to shut off every so often and get back to the real world? “Its very, very important for me to take time off for myself. I’m expected to show the world everything I do and tell everyone about what I’m doing— which I usually do, and I enjoy that—, but sometimes privacy is important. Taking time to be away from my phone and away from social media and be around people who know me and care about me.” 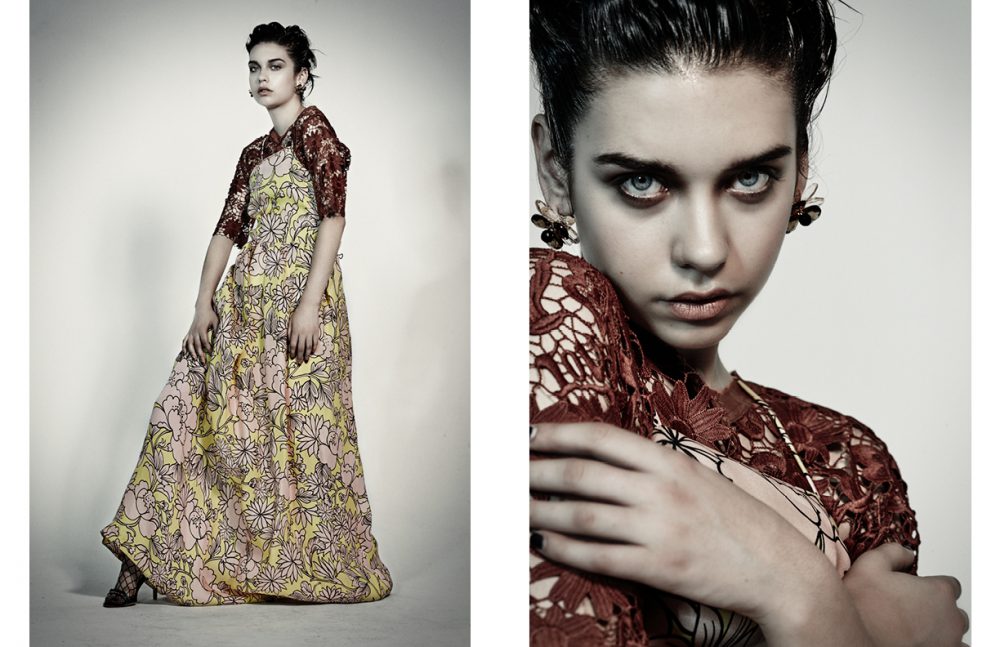 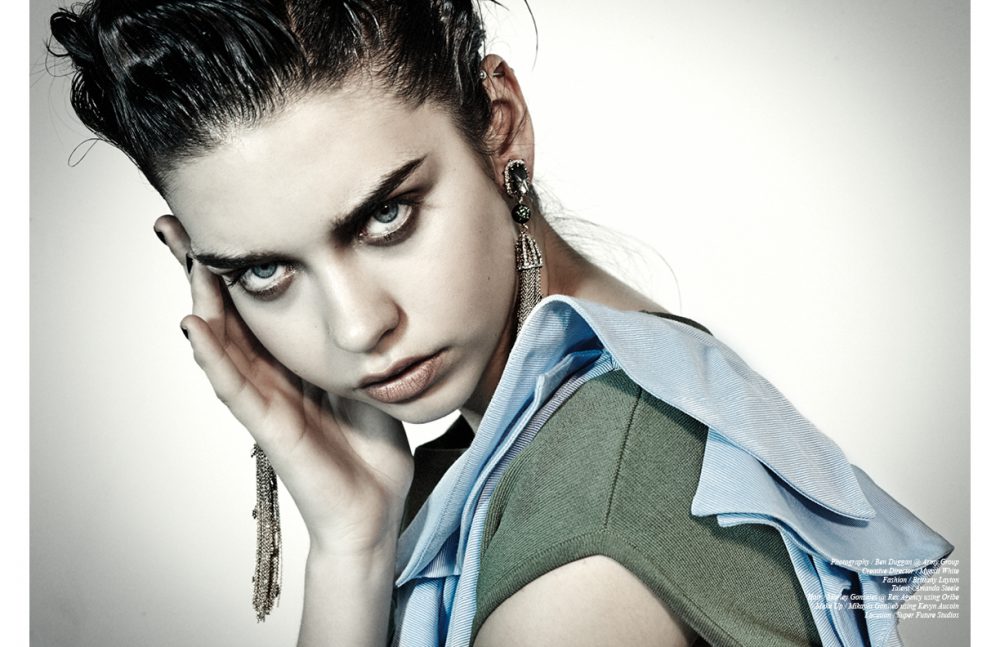 In her day-to-day life, Amanda is thankful to be surrounded by such love and support. “My parents are super proud of me because they never expected this either. It’s turned into this business and empire. Everyone around me is really supportive because I built this on my own.” This multifaceted empire is nothing short of fascinating, and Steele is showing no signs of stopping. “I think fashion is next for me, diving my head into that world. I started my YouTube channel because I wanted to be a fashion designer. I was always looking up videos on how to sew, and now it feels like that’s coming full circle. I have the opportunity to make clothes and design stuff now.”

As our interview comes to a close, Steele jumps back to her makeup artist roots and offers her favourite beauty trick of the moment. “Clear lip gloss. You can use it for your entire face: as a highlight on your cheekbones or even on your eyebrows as a gel. It’s the perfect all-purpose product.” And with that, Amanda Steele jumps back to work, continuing to build her empire.