On Thursday 10th October 2013, The Brick Lane Gallery opens its doors to the public with the new group exhibition; WORKS ON PAPER. Following on from the first WORKS ON PAPER, which showed in May, this October sees a diverse selection of artists from the U.K. and abroad, coming together to showcase their talents. WORKS ON PAPER lends the spotlight to emerging artists using an array of mediums from charcoal to graphic design, making for an exciting collection of work. Featuring in the exhibition is portrait/figure artist, Aaron Facey, whose work has seen him gain kudos from the likes of actress Chloë Grace Moretz and Singer Erykah Badu. We spoke with Facey ahead of the exhibition to find out a bit more about the talented artist.

When did you first realise drawing was more than just a talent and something you wanted to pursue?

About 2 years ago I spoke to an artist/illustrator who encouraged me to go for it as a career. At that point I really started to take it seriously. I drew every day, visited galleries, launched a website, started networking etc.

Were you self-taught or have you trained professionally?

No professional help. I studied art up until college, but most of what I learned was from books I discovered and doodling on my own. I then continued as self-taught after college and my style began to develop naturally.

You tend to use a lot of pencil and ink within your work, what is about this method that appeals to you and do you see yourself working with paint in the future?

I first started to use ink in college, when I came across a book of Rembrandts etchings. I immediately tried to mimic his style using the quickest, easiest thing I could find … a ball point pen. I feel the hatching technique creates simple but effective tones, and the ink gives the drawing a feeling of depth. I love paint, in particular watercolour, but have never really been good at it … someday I shall learn! 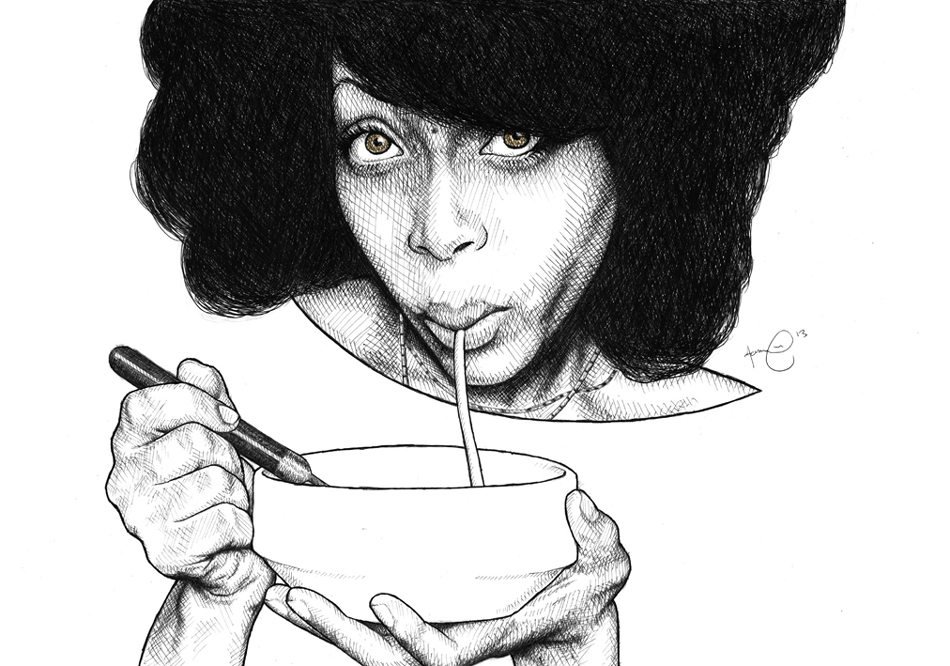 For your new group exhibition WORKS ON PAPER, where did you get the inspiration from for the work in the exhibition?

[The] inspiration mainly came from social media and the current self portrait photography (selfies) trend. All subjects featured are drawn from photos taken by themselves in a mirror. I find it interesting to see how our culture moves with technology, giving birth to new forms of expression.

You’ve drawn a range of portraits, from Erykah Badu to the character ‘Hit-Girl’ from the film Kick-Ass, who would be your ultimate subject?

Oooh that’s a tough one! Probably Leonardo da Vinci, my all-time favourite artist. Not likely to happen though, as photographs weren’t around in his day.

Basically I am going to draw until my hand falls off. In between that I’ll hopefully do more group exhibitions, I am available for commissions, maybe some collaborations, more YouTube videos, an online shop and who knows … keep an eye on www.aaronfacey.com for updates. 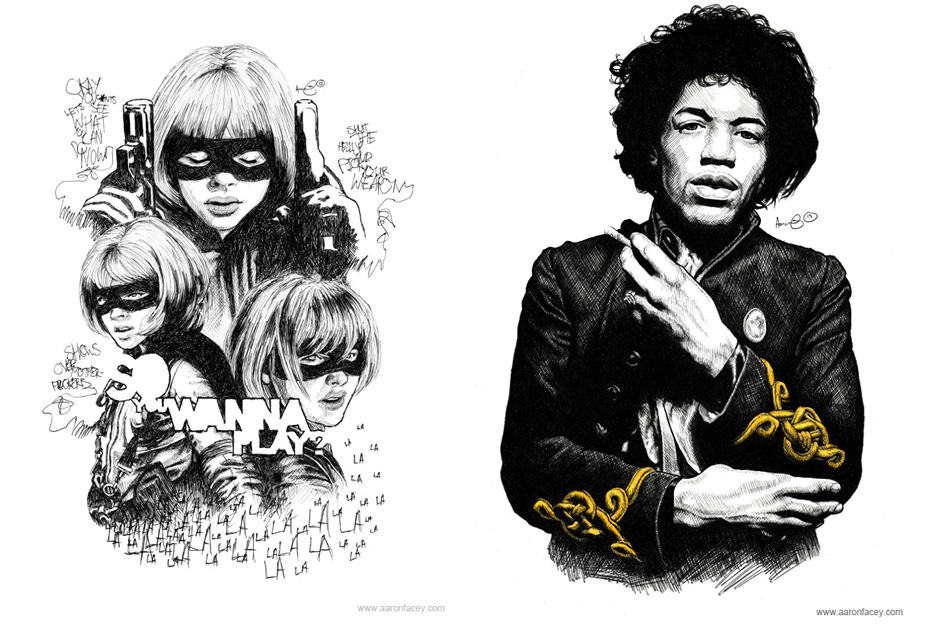 Drawing of Hit-Girl and Jimi Hendrix by Aaron Facey