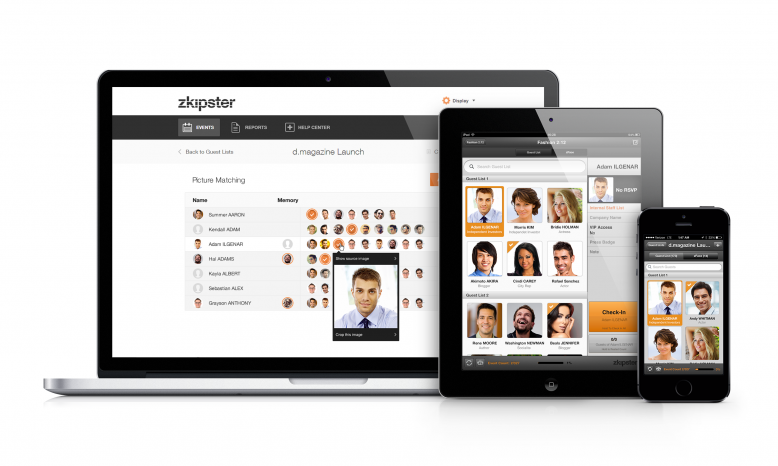 Schön! speaks to David Becker, CEO of Zkipster, a company revolutionising the event industry’s door service, one glamorous event at a time. When a renowned brand like Armani decides to hold a lavish party, promising everything from glitz and glamour to those all-important celebrities, everyone wants to be on the guest list. The result, a flurry of commotion and frenzy as press and tricksters alike try their upmost to sneak in by taking advantage of the chaotic and often conflicting door service. Moreover, despite the event industry’s desire to attract Instagrams’s top starlets and socialites, the industry is surprisingly behind technological developments when it comes to event check ins.

By creating an app specifically for event check ins, tailored to the exact needs of event planners, David Becker and Daniel Dessauges, joint CEOs of Zkipster, have helped put the personal touch back into PR events. Acting as the first app to promise secure, real-time guest list management, the pair have come a long way since inspiration struck over six years ago whilst planning their own university alumni party in Zurich. “We experienced the same problem as all event planners do when trying to manage a large event,” explains Becker. “When a large number of guests are attending an event at the same time it becomes increasingly difficult to get them through the door at the same time in a quick and professional manner.” This fundamental problem, Becker affirms, is a result of paper guest lists, which he maintains causes slow moving queues, even for those on the guest list. It was at that moment, just as Apple had launched its widely acclaimed App Store in 2008, when Becker experienced an ‘app moment’ to create an app which would render all paper guest lists obsolete.

Initially set on marketing their app to Zurich’s biggest night clubs, Becker explains that it soon became apparent that their vision for the Zkipster app did not fit with the more relaxed nature of the nightlife industry. This initial set back led them to concentrate on tailoring an app for PR and event planning professionals in fashion, luxury goods, entertainment, arts and media industries. This in turn led the brand to New York City, where Zkipster caught the attention of big brands such as Armani, with the likes of Helmut Lang, the Academy Awards and The Foundation for AIDS Research’s (amfAR) Inspiration Gala all following suit.

The app works by allowing PR and event professionals to create an online account which they can then use to upload their guest lists. During the event they can use a tablet to access guest information via i0S, Windows or Android, even if internet connection is lost. But unlike similar apps available, Zkipster has stepped up the personal factor even further by introducing zFace, the first cloud-based product on the market to integrate photos of guests into electronic guest list management. This add on, Becker insists, “makes the event planner much smarter. Those on the door are immediately in a position to recognise a key note speaker, a board trustee or a VIP, allowing them to do their job in hospitality properly. ZFace ultimately acts as customer relationship tool.” 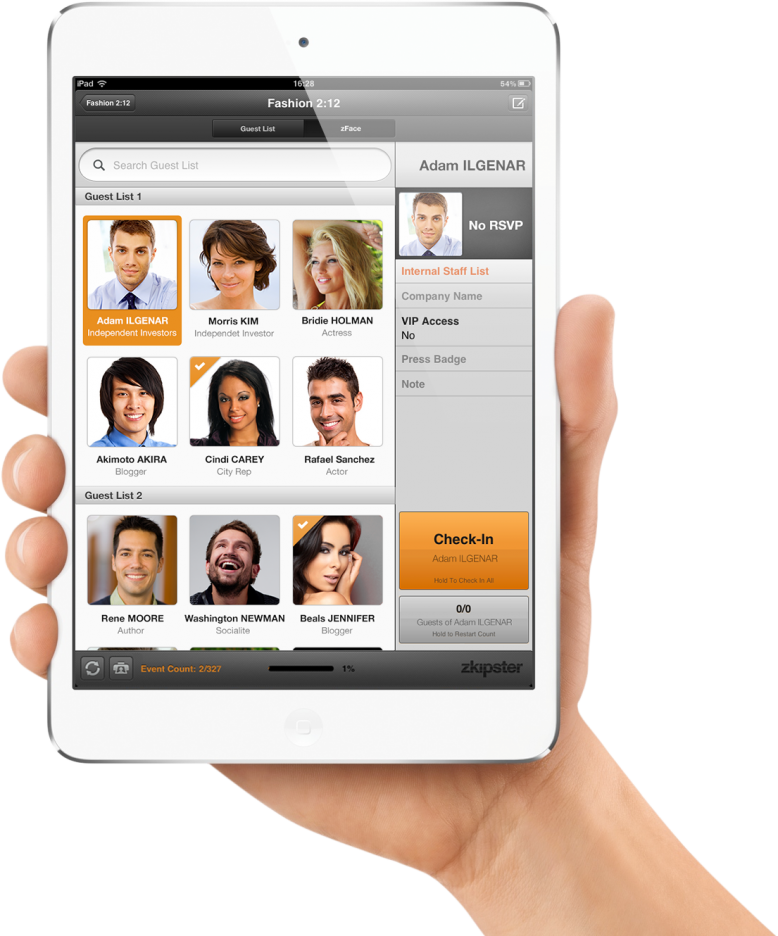 Whether it be for a graduation ceremony or when dealing with high profile names and events such as Hugo Boss and or the recent Veuve Clicquot Gold Cup and New York Fashion Week, guest list security is paramount. Consequently, all guest lists are encrypted. But perhaps one of the major benefits of using this app is that there is synchronisation between all tablets, enabling names to be ticked off all over the system, preventing gate crashers from sneaking in. By confirming who attended and how long they actually stayed at the event, Zkipster certainly makes it easier for PR personnel to follow up the success of the event. “What makes Zkipster stand out is that we have listened more carefully to what event planners actually want. We are continuously asking them how they want the app to look. In London, for example, we held a lot of presentations so we could ask those in the industry exactly what they want,” stresses Becker. Consequently, Zkipster has enabled the door check in service, which Becker argues is one of the most important aspects of any event, to run smoothly in over sixty different countries, surpassing two million checks in worldwide.

Strongly committed to ensuring that event check ins remain both personable yet professional, Zkpister is looking to connect the social movements of VIPs with the brands social media outlets. This, Becker hopes, will “connect people online who are using Twitter and Instagram with those attending the event.” With the prospect of using Google Glass, event check ins are looking at a technical overhaul. Yet the key to Zkipster’s success is its slow integration of technology, ensuring that hospitality does not lose that all important personal touch.