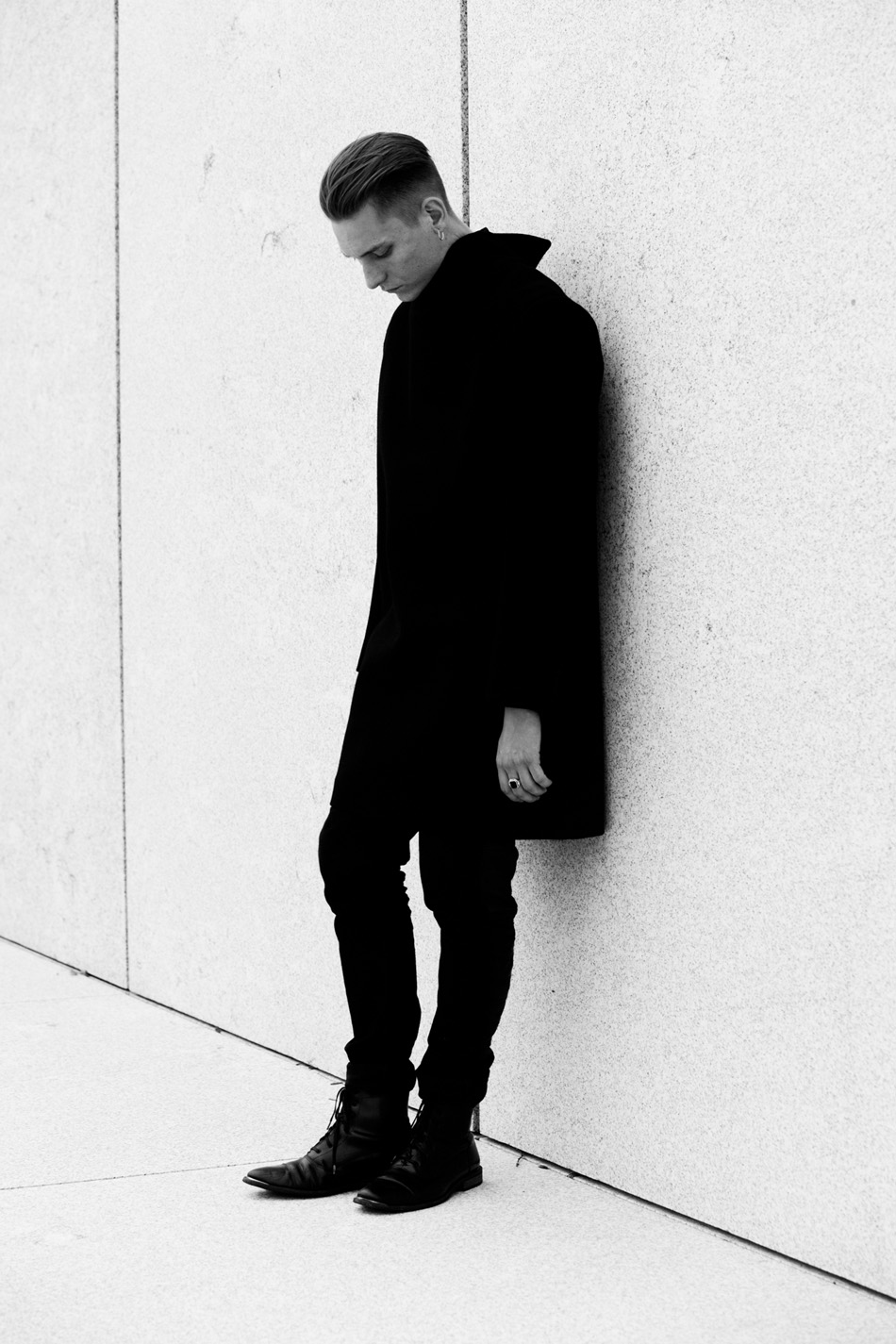 Hailing from Berlin, pop-electronic music artist and producer Thomas Azier has been questing to affect anyone who will listen to his version of the hard-drive fuelled genre. Azier has simple goals and explains that in an age of accessibility, it’s all about the vision.

At the young age of 19, he relocated to Berlin from a small village in the Netherlands with a suitcase full of ambition. For the last five years he has been working tirelessly on his triptych record comprising EPs Hylas 001 and Hylas 002, and the forthcoming 003. The final fraction of the album is due to be installed and released as a full trilogy in early 2014. Quickly gaining recognition in Europe and in the United States, Thomas Azier is emerging as one of the most anticipated sounds of 2014 in Electronic Pop.

We spoke to him after a full week of Gotham gigs and studio cycles, where his biggest audience was Webster Hall. He notably opened the sold out New York debut of Woodkid’s Yoann Lemoine, and has been opening for Stromae on his tour in Europe (check out our interview with the Belgian maestro here.) We took Azier on an afternoon stroll over the East River, from Midtown East to Roosevelt Island. Azier walks us through his musical past. 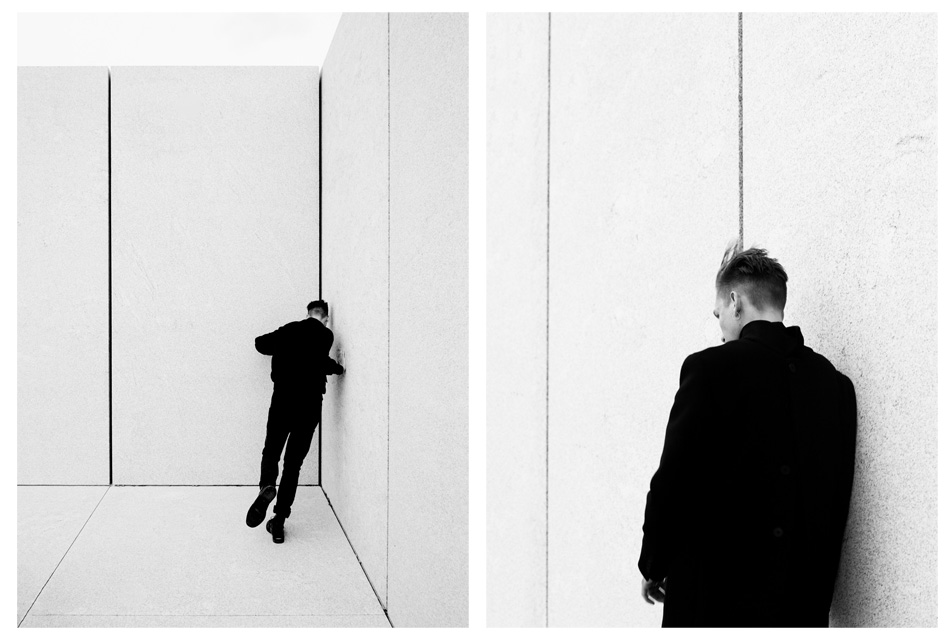 How did you get started as an artist?

I started playing the piano around the age of 6. But I think I really got into making music when I got my first computer and started recording the songs I was writing.

Growing up in the Netherlands and relocating to Berlin, how did that transition influence your songwriting?

Well, at 19 I felt I didn’t have enough to say as an artist. I was searching for an identity. Having grown tired of everything that was coming out and that I was making, I decided to move to Berlin and take my time to develop. Since Berlin is so cheap and, at the time, it was rawer than any other city in Europe. It was a perfect playground for about 5 years. The city inspired me.

Take us back to your most rewarding musical experience in Berlin?

Recording my vocals in the abandoned factory where I have my studio. I was looking for ‘air’ in the recordings so I wanted to experiment with real reverbs. After hearing that on my track I was really happy.

It took a few years for you to write and produce the Hylas Trilogy of EPs. What was that process like?

It was pretty rough, almost like inventing the wheel over and over again. I felt very alone. Being an artist these days is about being self-sufficient. Luckily I figured that out quite early and I decided to go into producing since I was tired of being dependent on people. The same goes for recording and mixing. I just followed my ears and learned along the way.

Walk us through the segments of Hylas.

I guess the main theme of the record is ‘transformation’ or ‘change’. Every city is changing but I think Berlin is an extreme example of a city undergoing constant transformation. It goes extremely fast as well. I always call Berlin a Phoenix who is literally rising from the ashes.

I look for extreme opposites, darkness and light, cold and warmth, loudness and silence violence and softness, because this is exactly what grabs me, in any art form.

Tell us about how you work with your synthesizer.

I bought my first synth when I was around 16 but had no idea how it worked. When I moved to Berlin I started getting more into it and I borrowed synths from friends for recording. I never was into collecting; I just used the synths in my computer and occasionally hardware that I borrowed. It was when I moved to my studio with my sound engineer when we started to collect cheaper stuff.

As an artist who touches on various fields, what excites you most?

What I’m really into is helping out in the songwriting and recording processes. I enjoy having a helicopter view on the process and helping artists out with their vision. I’m already working on my next album and I’m really trying to dig deeper into where I can push the boundaries more in terms of sound and songwriting. I’m a pop guy – I love a good song.

Whether it’s music, art, or fashion – where do you look for inspiration?

Music wise, I’m constantly digging – for samples, for new music, mix tapes, everything goes. Art-wise I’m not that much of a connoisseur but I go to galleries regularly and get inspired once in a while. Fashion is just something for fun, that’s it. I’m not obsessed with it. Other than that conversations I have with people, dreams, poetry, sex and violence mostly inspire me. 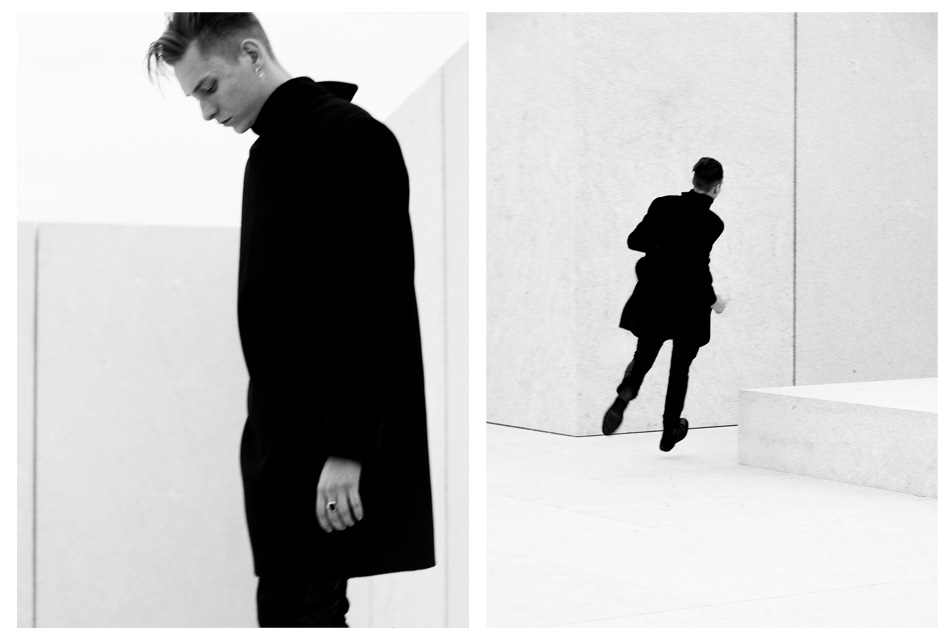 Your music videos seem to have a metropolitan, urban mise en scène. Where does this look come from?

It’s the work of my good friend Sander Houtkruijer. Sander teaches me a lot about cinema and has a very unique view on how to create a music video with a narrative. We wanted to make a sort of modern noir. In film noir the city itself is a character as well, and you can see that in my video Angelene. One I’m actually proud of.

What do you think about the influence of technology in today’s youth and music?

I think that a lot of young kids go into producing. It has been proven that you use the same part of the brain when you create music as when you play a video game. So kids these days who are bored can be like, I could play a video game or I could go on my laptop, create a tune and be the coolest kid in town.

There’s something amazing about this.

The thing is that everyone can do it. Music programs like Ableton or Machine are full of instant loops that just sound incredible. Even though it’s easier to make it sound good, you’ll still need a vision and that comes with time. I feel I’m just started getting it and I have just finished my first album.

Thomas Azier will be releasing Hylas 003 in early 2014. To see him live, check out his tour dates here.