Starring in her debut acting role at the tender age of nine, Stephanie Leonidas is now taking the world of TV by storm, reprising her role in the second season of hit sci-fi show, Defiance.  For those who are unfamiliar with Leonidas’ out-of-this-world warrior moves as Irathient Irisa, this spectacular television show and video game depict a world of alien and human co-habitation.  A shock of orange hair and obscure alien markings are a stark contrast to Leonidas’ usually demure demeanour, but she fully embodies her feisty alter-ego: “We’re shooting Defiance for about five or six months, so you really do become like your character. I want to be Irisa secretly, don’t tell anyone,” she laughs.

Schön! meets Leonidas for the first time at her agency in London. Fresh from a photo shoot, Leonidas is full of energy and enthusiasm. We touch upon her undeniable love of performance that has become somewhat of a family tradition: “It runs in the family. My younger sister and brother act as well, apart from one of my sisters who is a teacher, so she’s the sensible one!”  From her first vivid recollection starring in UK television show Chalk back in ’97, Leonidas’ career has been a whirlwind.

Defiance has been the platform to opening new doors, gaining her unprecedented recognition out in the US.  “You never really know what direction your career is going to go in, it goes in twists and turns,” she says reflectively, “I’ve just started doing lots of sci-fi and it kind of evolves that way.” With a filmography that boasts Atlantis and MirrorMask, to name but a few, it’s clear that Leonidas has a close affiliation with the genre.  “I didn’t realise how much so, until recently. I’ve grown up on a lot of sci-fi and fantasy. I used to watch stuff like The Dark Crystal & ET, endless kids’ films that I’ve grown up on and I’ve always wanted to jump into another world and live something and it be like a dream.” 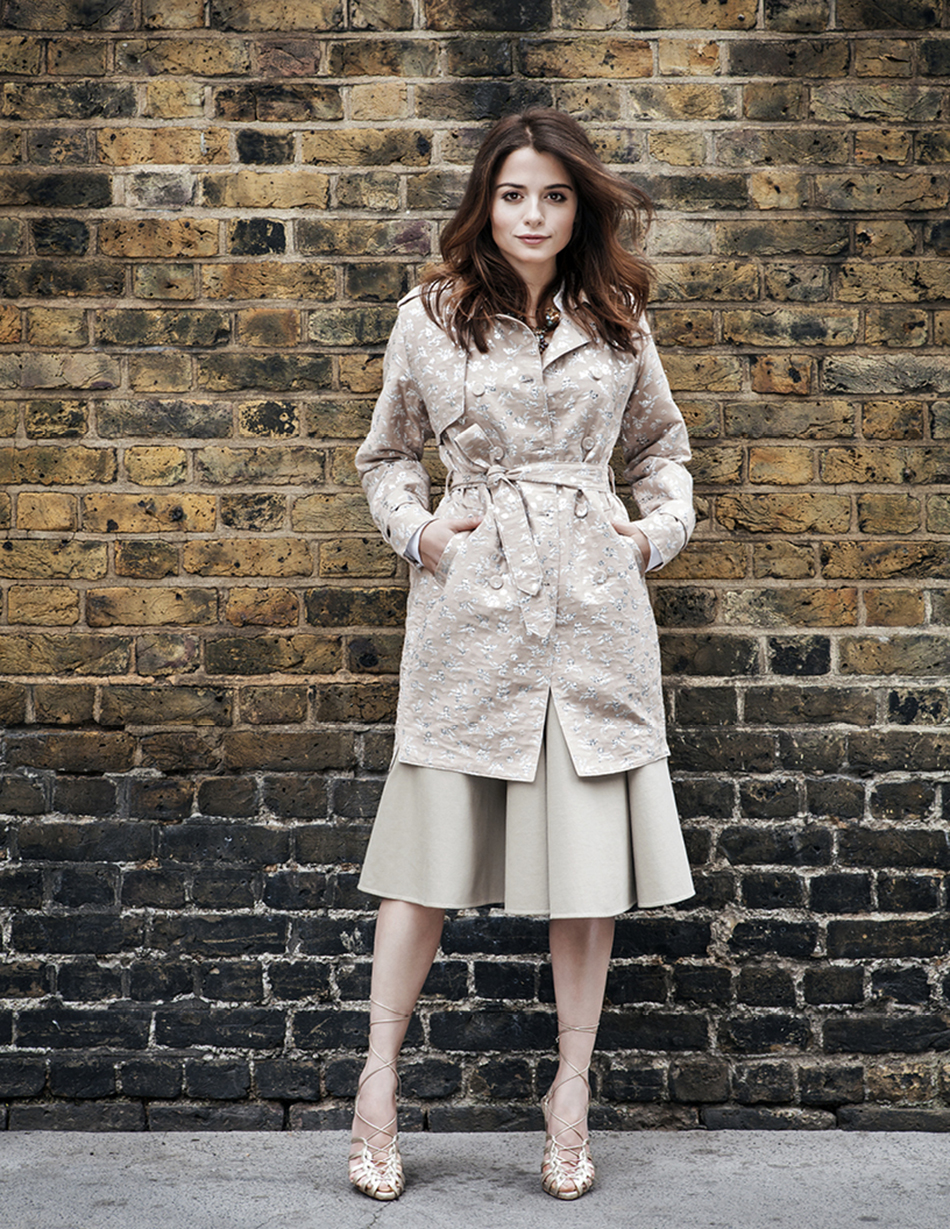 Defiance not only reflects the surreal dream-like world, but poignantly highlights pressing social issues and prejudices, something which sets it apart from stock entertainment. When questioned on the show’s quest to break boundaries, Leonidas muses: “I feel like we reflect a lot of what goes on now as humans. People can start to relate and I think that’s what makes it interesting with sci-fi is that you then start to relate to these alien characters, and they’re not so far away from who we are.”

With the characters being so relatable, Irisa for one has accrued a mass of loyal fans. Ones so devoted that they attend all Comic-Con events, message her with obscure character advice and even dress up as her doppelgänger; but Leonidas takes it all in her stride, citing the fans as invaluable. “We’ve been to the conventions and we’ve had people dressing up as the characters. It’s strange, you never get used to that. The costumes that they come up with are incredible. It’s got to a point where I’ve thought I’m going to be out of a job,” she jests.

Leonidas’ approach to fame is refreshingly down-to-earth. Still in awe of her peers on the red carpet, she recalls the time she bumped into Arnold Schwarzenegger: “I tapped him on the arm and went ‘Hey Arnie’, like I was one of his mates! It’s funny how you just become like a child again. All I wanted to say was ‘Hey Arnie’ and ‘I’ll be back’ of course! I didn’t go that far lucky enough, I held back.” 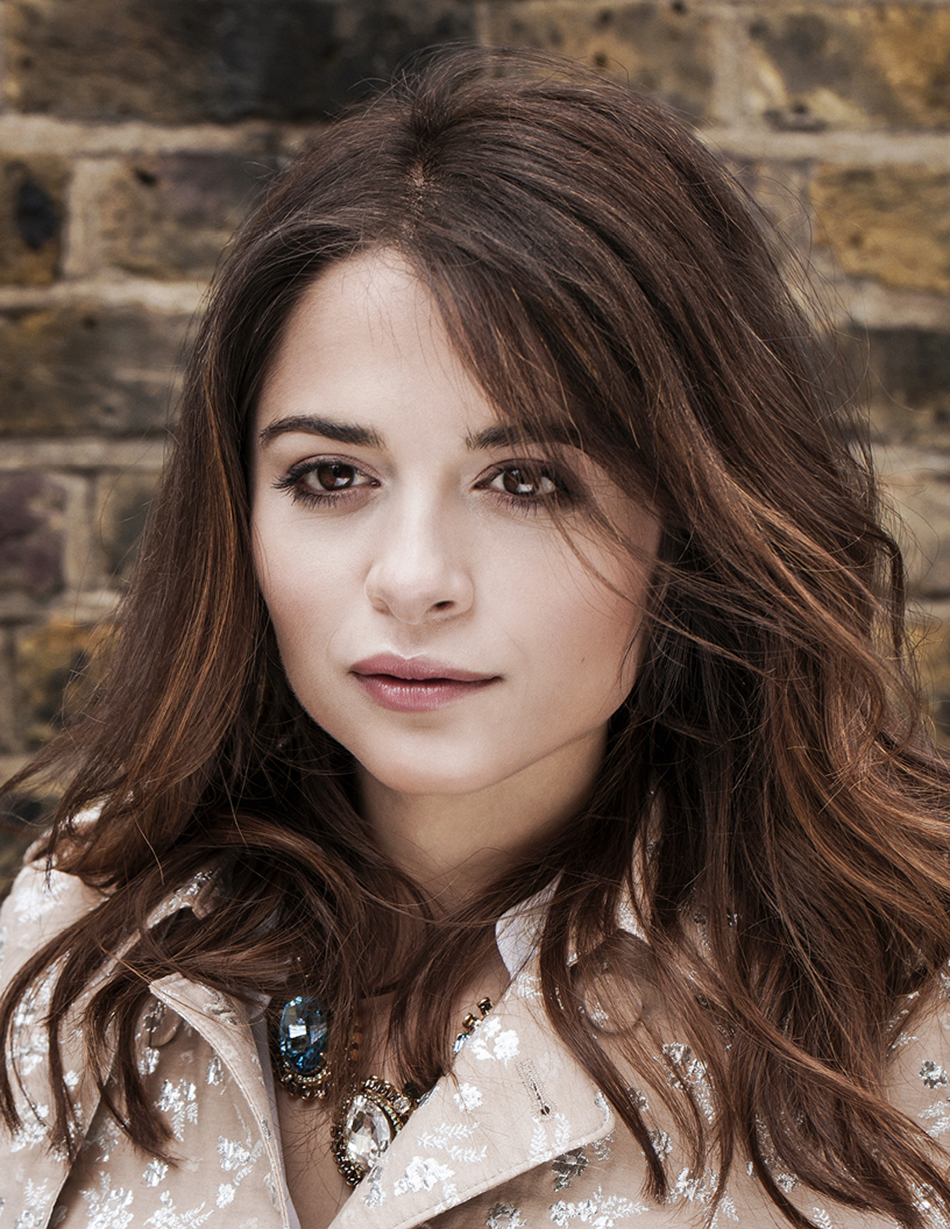 Despite being devoted to the Defiance allegiance, Leonidas insists the importance of venturing out. “I think it’s important never to stick to one genre. I’d love to play around with more stuff; do some more theatre. I’d like to get my teeth into a nice drama. I was in Poirot, very different to Irisa but another nutcase. I do tend to play the nutcase,” she digresses.  “It’s funny, people don’t see it. My dad didn’t see it at first and then he was like ‘Are you going to kill someone in this?!’ I think people look at me and they see this innocent grin and behind that there’s a crazy lady.”

So what is next in store for this unassuming ‘crazy lady’? For those who adore the fantastical side of Stephanie Leonidas, fantasy film Luna, a project by the multifaceted Dave McKean is due out for release later this year. But what does Leonidas secretly want to dig her teeth into?  “I would really love to do a great British film. I always tend to go towards the edgier roles, often troubled souls. I just enjoy playing a range of different characters. I haven’t done too many comedies…maybe that’s something I should pursue…” On that note, we bring our discussion to a close. Watch this space, Leonidas undoubtedly has more in store for us.

Defiance is currently on Syfy US and will air on SyFy UK in September.