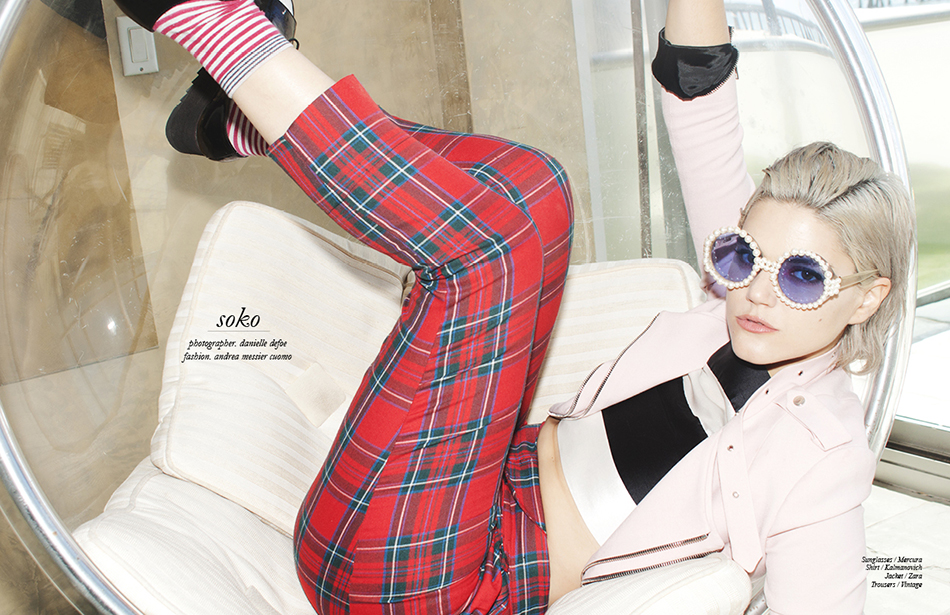 Schön! introduces French musician and actress SoKo. She’s been climbing up the musical radar since her first album, I Thought I Was an Alien, in 2009. You may have heard of SoKo if you were one of the 63 million viewers of fashion company WREN’s viral video First Kiss. SoKo not only featured in this YouTube sensation, but her chart-topping single We Might Be Dead Tomorrow features in the background too.

Last name SoKolinski, stage name SoKo, she took the big leap from French countryside to Paris at the young age of 16. Over a decade later, it’s clear that all those acting classes, musical endeavours and the dedication to writing have paid off. This summer saw SoKo’s first tour across North America, all whilst recording her sophomore album, My Dreams Dictate My Reality, and shooting two French films. In between her busy schedule and burgeoning career, SoKo gives Schön! a refreshing insight into the journey so far.

You moved to Paris when you were 16, then to LA 6 years ago. What attracts you to cities?

Well, I sort of have a problem settling down. I lived in so many cities before LA: I lived in London, NY, Seattle. I felt like, after all, I wanted to be in the sun and fight my seasonal depression. Being in a big city but living in the hills, being able to wake up and go on awesome hikes, to the beach, or drive to the desert is definitely something that makes me happy. I love driving and I love being able to live like a hermit alone in my little house! 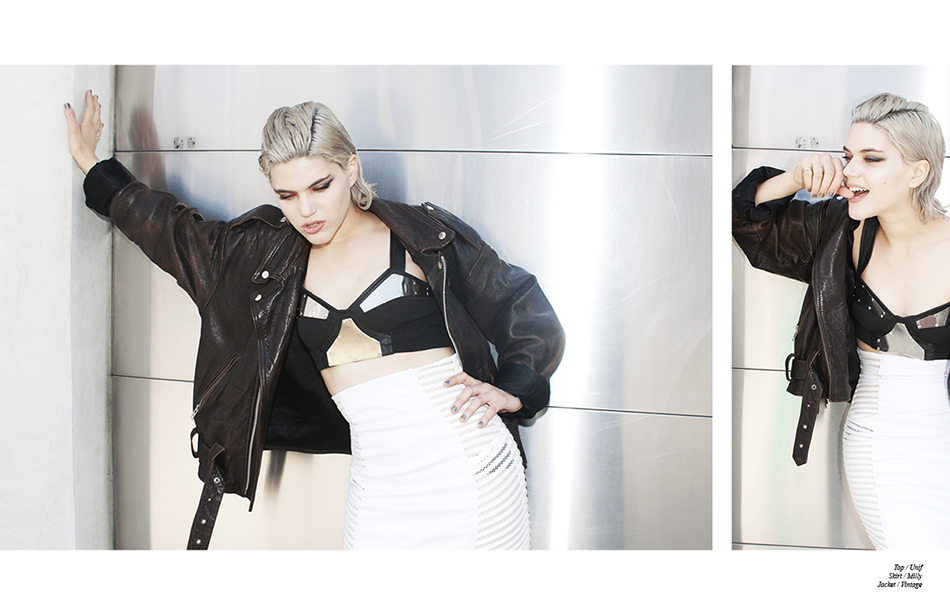 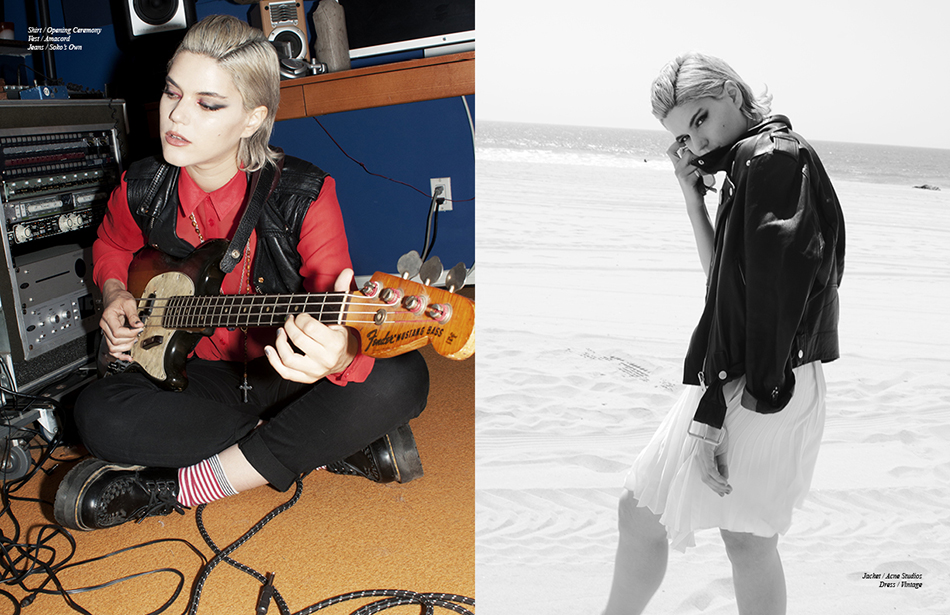 You’re an actress and a musician, which do you prefer?

They’re both absolutely vital to me. When I was a kid, “telling stories” was my dream job. Whatever shape or form that may take. So whether it’s acting, making music, writing for other people, directing videos – whatever it is – as long as I feel like I’m creating things every day, making art every day, then I’m happy!

I’m also a workaholic. I get terrible depression when I don’t have a purpose to get out of bed. So the more I do, the happier I am. I have three big movies lined up this year, and I missed [acting] a lot while I was making the new record. I really can’t wait to forget my life a little and train to be all these brilliant characters!

I think learning Let It Be at music school when I was 5 – that was the coolest thing ever. I connected with The Beatles right away. I didn’t speak English at all, so all the lyrics sounded like gibberish to me, but I would still sing them very loud. Also, Scorpions Wind of Change is the first 7” I ever owned. It played on repeat on my little Fisher Price orange kiddo’s turntable – best thing ever!

What can we find you doing when you’re not in the studio or on-set?

Going on adventures all the time. I have a really amazing group of friends in LA and we always plot fun things to do. Group hikes, movies at the cemetery (it’s called Cinespia – best thing to do in LA in the summer,) sleepovers, cook-offs at my house, pyjama night watching movies in my bed, trips to the beach. Whatever takes me out of over thinking the fact that I’m not working – when I’m not working. 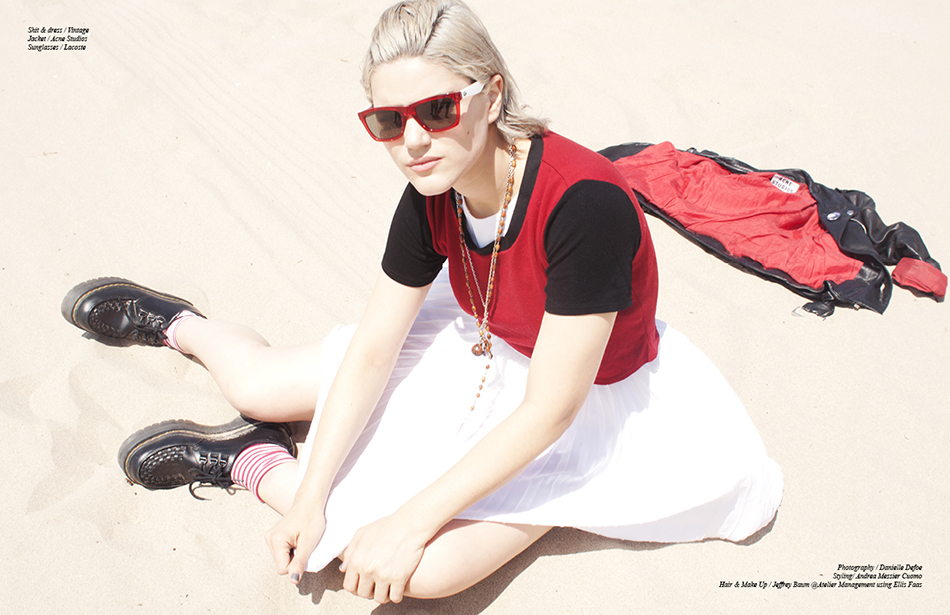 You’ve been titled muse of shoe designer Jérome Rousseau, what’s that like?

Haha, Jérome is my friend. He’s always too sweet to me! So I guess this is just plain awesomeness and makes me all shy and embarrassed. I love him back so, so much!

How did you get involved with WREN’s viral First Kiss video?

I knew Melissa, the owner of Wren, and she asked me if I wanted to be in this “little video” where I’d have to kiss someone. Sometimes I have periods where I just say yes to everything. I feel like when I do that, I always end up on crazy amazing adventures! So, as I do, I said “sure, but can I please kiss a girl? I’d rather kiss a girl please…” without really asking much more. I told her they could also use my music if they needed, which they did.

The shoot was so easy, fun and innocent. It makes you so vulnerable to let a stranger kiss you. The girl I kissed, Mariana, is now a friend; I just did a micro part in this new movie she directed! The whole thing took off without us planning it at all and it was a really great experience. I got to be #1 most streamed song in the Billboard top 100! Which is INSANE, and I still can’t really believe that it actually happened! Probably for the best.

What can we expect from your second studio album?

It’s called My Dreams Dictate My Reality. It’s very different; I recorded it all with Ross Robinson (who produced The Cure) at his studio in Venice Beach. We spent so much time on it. I wrote most of the record getting a bit stoned in my tiny little Paris flat. A lot of songs were written on bass, or organ, or just with a drum machine. I wanted it to sound a lot happier; I guess I got a bit burnt out singing sad songs and crying on stage every time I perform. It’s also a lot more punky, ’80s, new wave-y, Goth-y sounding; a lot of chorus-y guitars and atmospheric sounds. I’m actually really excited to mix it and finally be able to tour it all over the world. SO EXCITED!

We are too! With an energy that exudes passion and ambition, you’d best stay tuned to the SoKo’s skyrocketing career.