Portugal’s capital of Lisbon is one of the oldest cities in the world, with first known inhabitants occupying the city around 1200 BC. The narrow, winding streets are constructed with cobblestones and many old buildings seem to have been abandoned. It is as if whispers of Lisbon’s folklore are heard throughout every turn in this charming city. Take a stroll through the twists of Bairro Alto and admire the iron Santa Justa Lift. The hilly landscape will undoubtedly bring you to a number of spacious city squares, like the Praça do Comércio for example. Many talented street performers, fully equipped in impressive costumes, take Lisbon as their stage to surprise those who pass by. 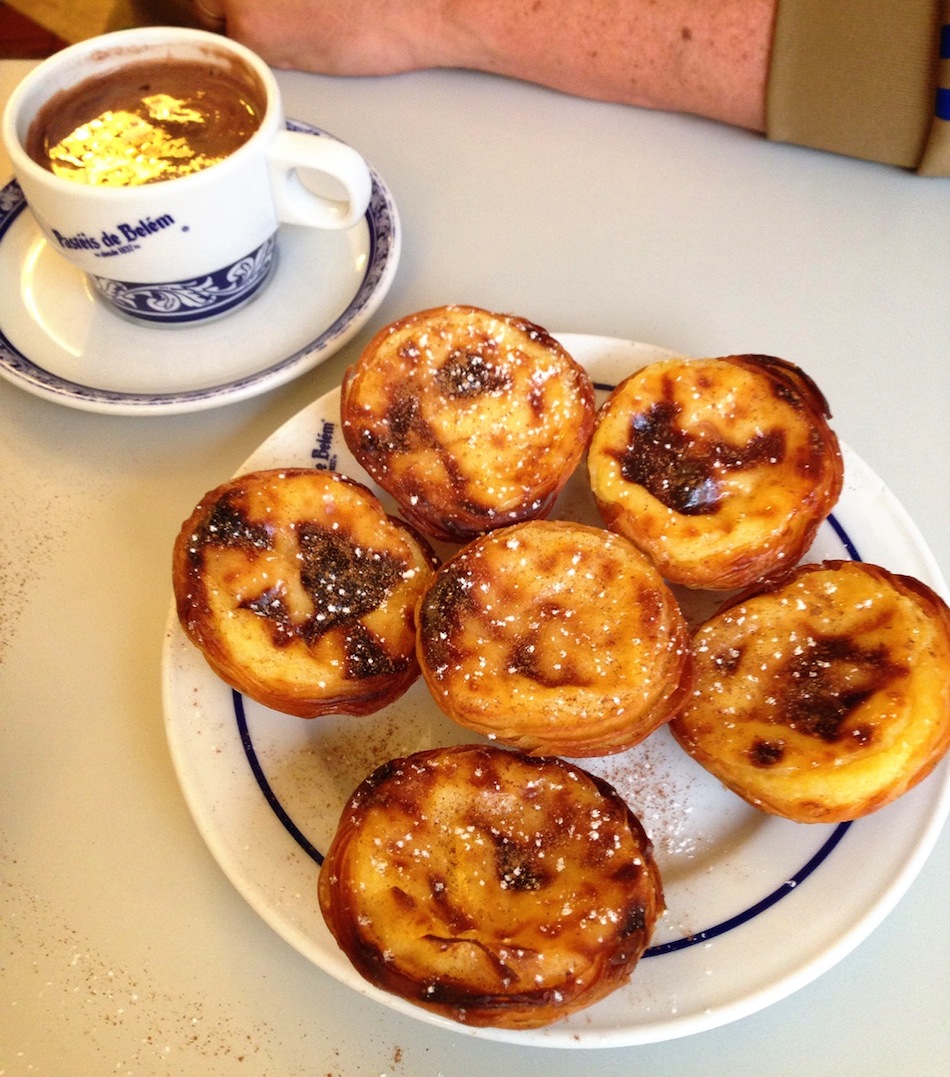 A visit to Portugal would not be complete without savouring Pastéis de Nata, a delicious custard, egg tart pastry. One of the best places to taste these sweets is in a café called Pastéis de Belém. Crispy on the outside and deliciously warm on the inside, the pastéis de nata are best served with sprinkled cinnamon on top with a side of either hot chocolate or chocolate milk. Normally, tourists queue and wait to be seated in the large café, but you can clandestinely sneak in through the side door and take the first table you see empty. No one will know! 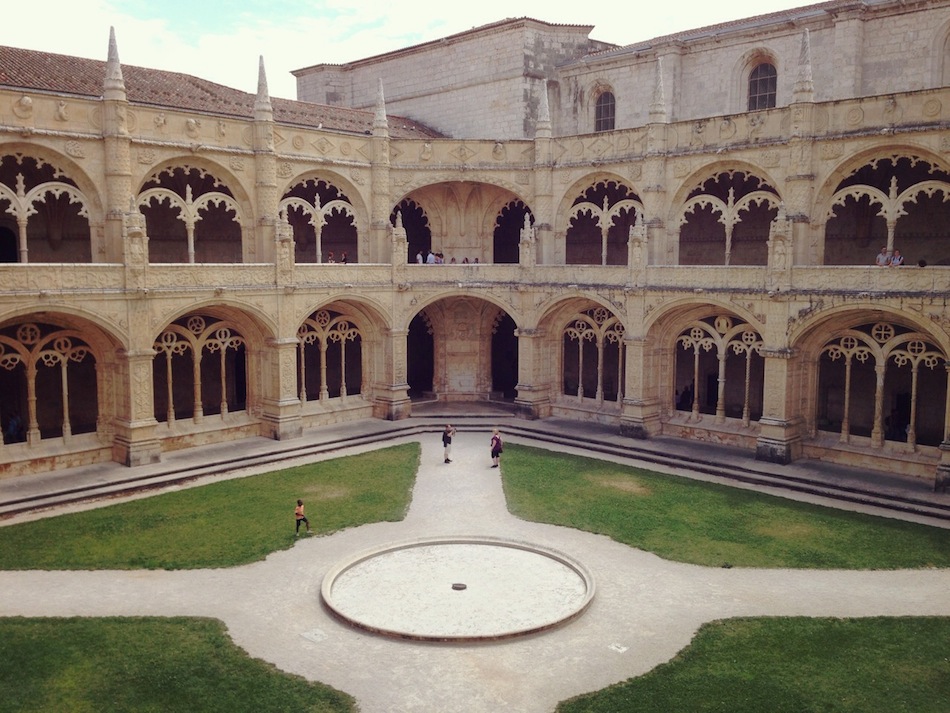 Standing right next to Pastéis de Belém is the magnificent Jerónimos Monastery. One of the most noticeable examples of late gothic Manueline architecture, the monastery was built around 1459. Take a gander at the central garden and the surrounding corridors made of limestone. The detailing engraved in the cloisters is sure to fascinate. Entrance to the church is free. Buying a combined admission ticket to both Jerónimos Monastery and the nearby Tower of Belém is highly recommended as it is cheaper and you won’t have to wait in line at the next site. 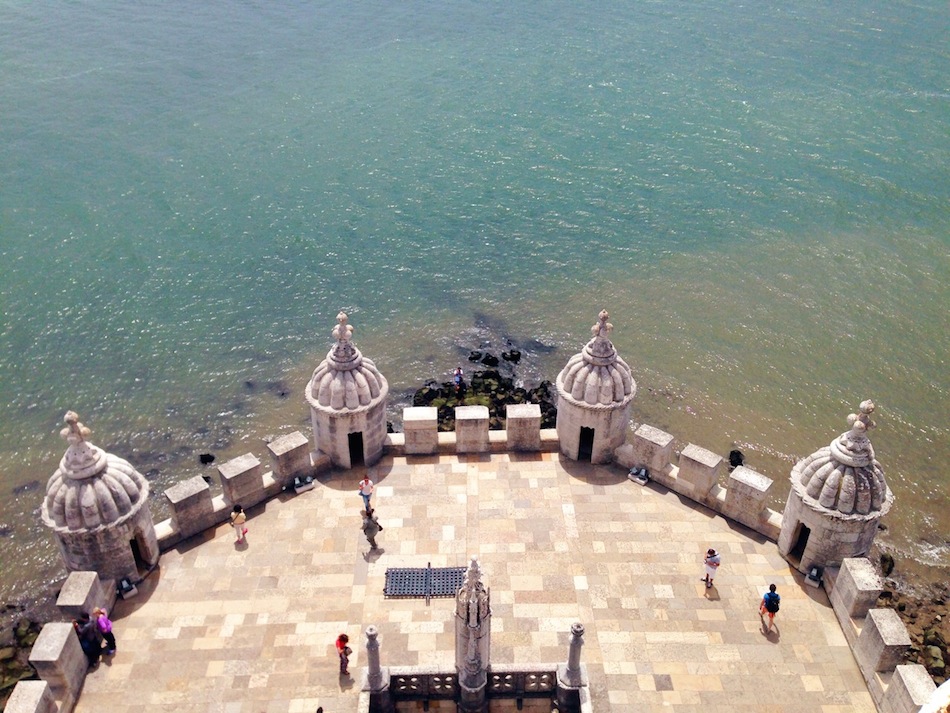 The Belém Tower, named a UNESCO World Heritage Site along with the monastery, is a four storey fortified tower that played an important role during the Portuguese maritime discovery era. It was designed as a defence system, with cannons occupying the lower level and high lookout points of the Tagus River in the upper levels. The architecture is striking, as is the narrow staircase that has a traffic light system where each minute is designated for those who ascend, and the next minute for those who descend.

A Tuk Tuk tour can be one of the most convenient ways to explore the off beaten paths behind The Castle of São Jorge. The charming Graça quarter is filled with nooks and crannies of outdoor cafés and tiny streets. Don’t miss the absolute best view of Lisbon, at Miradouro de Senhora do Monte. 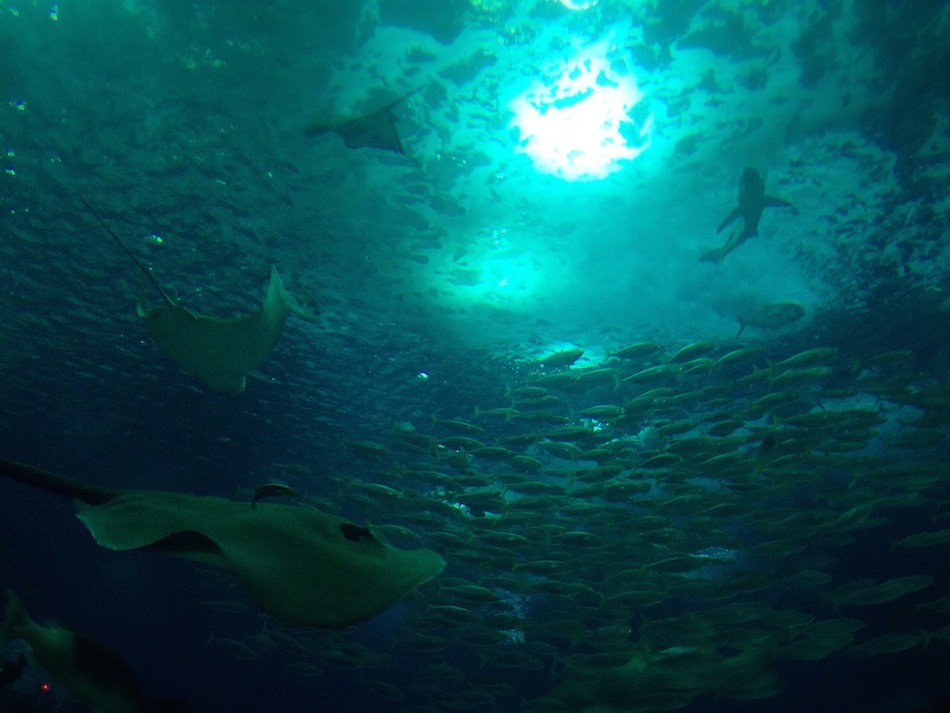 If you’re looking at fish as friends and not food, visit the Oceanário de Lisboa, or Lisbon Oceanarium. This gorgeous aquarium’s main tank is home to 100 species of aquatic life, including sharks, rays, barracudas, and the incredible sunfish. There are four tanks around the central tank, but they give the illusion that you are in one massive underwater environment. You can also find penguins, sea otters, jellyfish, and much more in this incredible aquarium.

For a weekend brunch, Orpheu Caffé cannot be missed. The friendly staff, who all speak perfect English, welcome you to a buffet of freshly baked breads, savoury cheeses and hams, fresh fruit, and sweet pastries. You can choose what you add in your fresh scrambled eggs and bacon, which come with squeezed orange or watermelon juice. To top that off, the brunch comes with a coffee of your choice, all for 12 Euros.

A great restaurant is one of Portugal’s oldest and most charming breweries: Cervejaria Trindade. What you see in the interior of the building is the beauty of volume in the monastery that it once was, but destroyed in a fire. A brewery took its place and was then decorated with gorgeous panels and arches. Be sure to taste the scrumptious clams as an appetizer and a classic Portuguese dish, the salted codfish.

The Sacramento do Chiado Restaurant is a romantic eatery tucked away from the busy main streets. Perfect for a dreamy dinner, the restaurant is decorated with floating red lights and lit with candles. Try the Roasted Pork Ham scented with Anise Flower and the Roquefort Salad; but ask them to go easy on the dressing!

For a unique taste of Lisbon nightlife by the water, head to the boardwalk of Av. Brasilia, filled with restaurants and cafés such as Op Art Café. The club that still reigns strong as one of the most elite hotspots is Lux. A rather young, attractive audience can be found here, partying into the wee hours of the early morning. An outdoor terrace provides a refreshing view of the river. 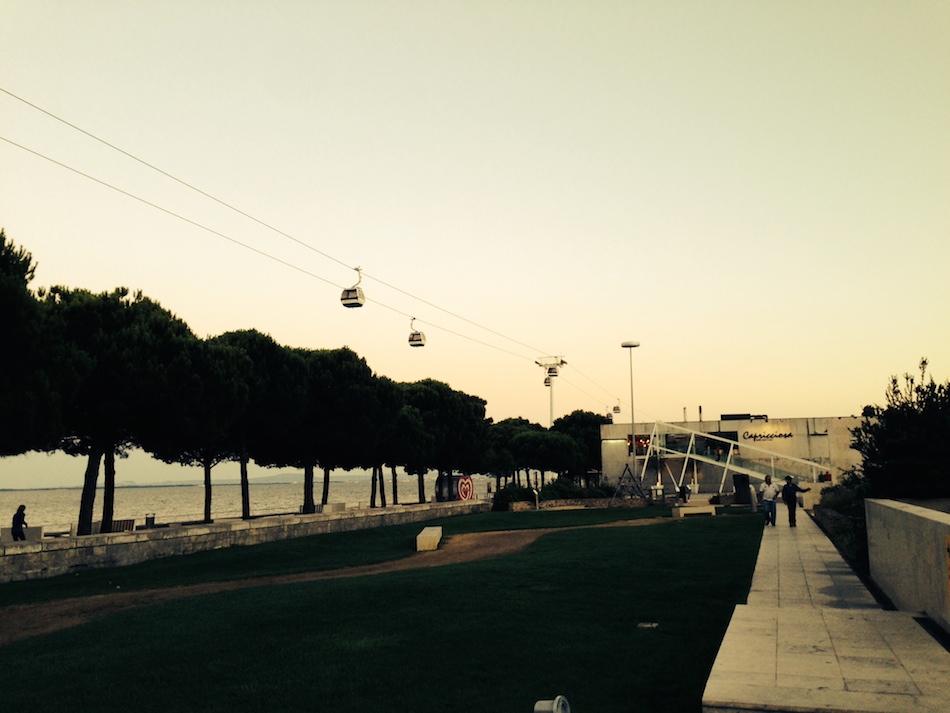 The perfect way to end your trip in Lisbon is a promenade in the expansive Parque das Nações. Created for the 1998 World Exposition, this tremendous park stretches across the Tagus River. Cable cars line the pink sky while Europe’s longest bridge, Vasco de Gama, disappears into the horizon.

Lisbon is a beautiful city of contradictions. Where the traditional urban centre meets the futuristic vision of Parque das Nações, there is always something exciting to discover here.