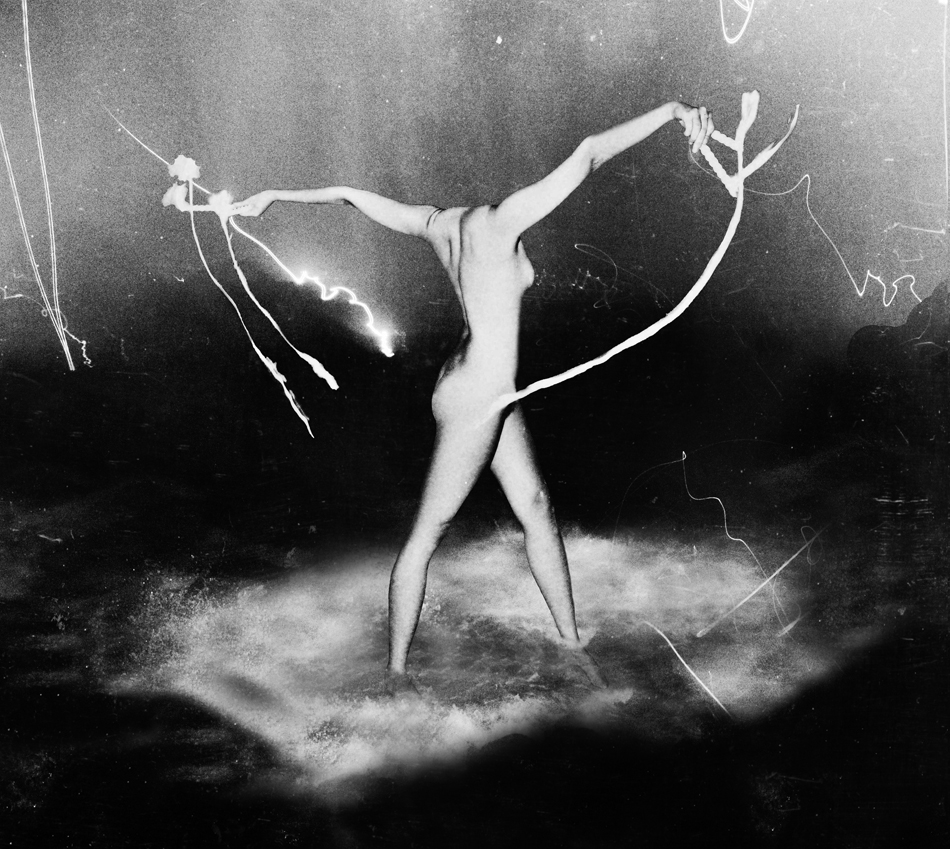 River of The Sky / Peiyu Shen

You may have come across Peiyu Shen’s collection of photographs Neurasthenia at Claire de Rouen Books in Charing Cross, or indeed in some bookshops in Europe. As the name of the collection suggests, this 24 year old Taiwanese photographer explores every upheaval in her life with great sensitivity. The emotional elements evoked by her work: pain, conflict and an overly violent visual impact are in stark contradiction with a dreamy, surreal atmosphere. Her work never tells easy stories with happy endings; instead it reflects the depth and essence of life, pure and mysterious. “I made up a better world for myself to inhabit,” she declares.

Schön! caught up with this young talent during her recent visit to the UK and talked to her about her life, her aesthetic and the fantasy work she creates.

The name Neurasthenia is quite interesting. Tell us the story behind it.

I chose this name myself. It is not for fun, or to try and be unconventional. Sadly, it is my sentiment toward life and my creative process. Before I decided to step into the world of photography, there was a period of time in which I dabbled in almost all kinds of creative areas, which kindled my aptitude but almost burned me out too. Even now, the suffering caused by life, or creating, sometimes still agonises me, so “Neurasthenia” is the best way to describe myself. As time went by, I released more and more work under this name it was transformed and identified as a brand or label. Since then, I have used this name to launch exhibitions, book fairs, and all my performances, not just photography. 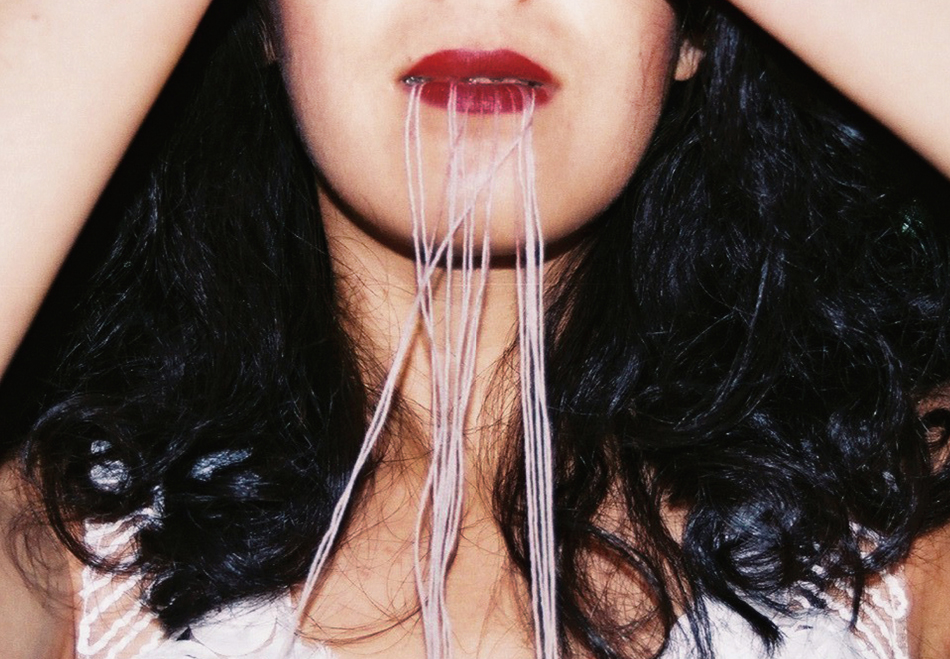 From Body to Beijing Suicide, you are considered a controversial photographer in Asia. How would you describe your work?

There are many great photographers who can capture a touching moment or happiness in our daily life, but I am definitely not one of them. I am quite a drastic person; there’s no grey area in my personality, which is reflected in my works. Every piece is based on a great impact or shock that happened in my life, especially when I was in an unfamiliar environment. The effect on my mind — which usually is disturbed or depressed — will develop into an idea, which I then transcribe into my works.

My works are never related to reality; instead they are usually constructed from my fantasy. In other words, by creating these works, I can escape from reality and satisfy my imagination.

In the beginning, it was not easy to accept criticism. Especially in Asia, lots of audiences expect something purely beautiful or comfortable for photography, which is never shown in my works. But now, I care less because I have realised that there are more people who try to understand the stories behind my works. Alongside my original concepts, the reaction of the public sometimes lets me review my works from different angles and can even inspire my next work.

Human seems an important theme in your work. Is this because you are interested in the way bodies stretch?

Relationships with people enliven my life a lot, and I am kind of unwilling to be lonely, actually, which is why my works usually centre on ‘human’. But, somehow, I struggle with the hurt that comes from such relationships, because people always hurt each other, no matter how close they are. The defectiveness and the emotional entanglements of a relationship then become imperfect figures in my works – they may have no face or have a part of their body taken off. On the other hand, I like to break the established image that people set. Taking off some part of the figure could evoke more interesting visions than a clean silhouette and its clear meaning

Tell us more about your latest work River of The Sky.

This series was developed for the album cover of a Taiwanese Indie band. During that period of time, I liked the idea of outer space and its spatial infinity. The concept for the series came from the origins of life. 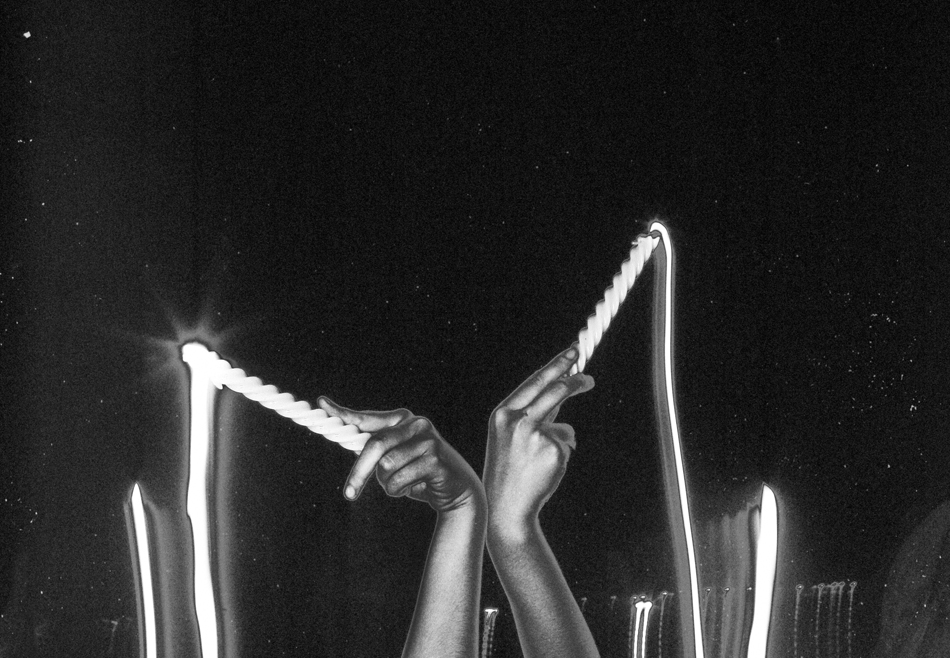 River of the Sky / Peiyu Shen

Your works have an aura of surrealism. Is there an artist who influences you a lot?

I would rather say my works are influenced by films more than any particular artist. My background of studying film in university makes me sensitive to analysing and controlling the image. Details, such as the relationship between the props and characters, the implications of characters and their backgrounds, should smooth the story and connect each scene in a film. In a similar way, they also made my works dynamic and gave them narrative.

What is your next step? Is there any new, ongoing project?

I have been travelling around Europe and the UK in recent months, trying to get myself ready for the next project. In February, I will take a trip to Iceland, which will be the main background of my next project. The magnificent natural landscape and the smoke from the volcanoes… I want to try to record the breathtaking and poetic island through my own vision.