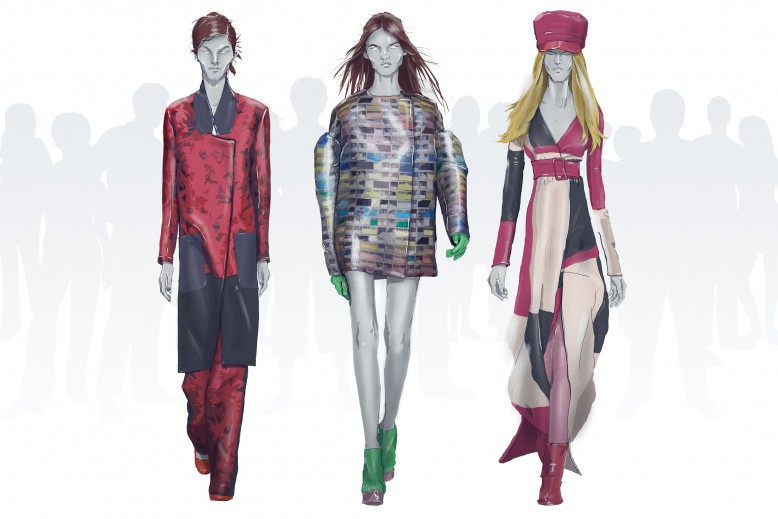 While London can lay no claims to New York in terms of icy temperatures, the British capital will be giving its best over the course of the next few days, as it follows on from the United States in the fashion calendar. Whilst Marc Jacobs closed the proceedings in New York, the British Fashion Council and the British Council opened London Fashion Week with its International Fashion Showcase, where 130 emerging designers from 30 different countries presented capsule collections representative of the young design talents of the countries. True to London form, diversity was the buzzword of the opening day.

The week opened with J. JS Lee, who worked cloth into folds and compressed volumes: with full looks in jersey and wool, the collection presented a textural delicacy that was beautifully complimented by the shapes created by folds of cloth.

A collection exploring the aesthetic intricacies of the Japanese architectural movement Metabolism was seen at Eudon Choi, with intricate conversations between geometric prints and textures orchestrated in layers of cloth. Sleekly draped silk wrap-around dresses were both linear and nonchalantly spacious. With subtle hints of florals, the pieces were as graphic as they were svelte: figure-hugging cuts were executed with flair.

Wheeling wonders were seen at DAKS, where a collection inspired by the great biking traditions of England streamed down the runway. With rich combinations of red cashmere, classic biker jackets and quilted leathers, the collection was brilliantly British: stately Prince of Wales checks set a refined scene. Floor-length shirtdresses for the women, and woollen and leather one-pieces for the gents were unmissable highlights in the show.

Fyodor Golan were inspired by journeys around Shanghai, Beijing and Hong Kong for their autumn/winter collection, with plasticised prints emulating architectural forms, reflective windows of skyscrapers and man-made rainbows. In these ebullient colour combinations, a joyful ode to the incongruity of toy shops in the urban setting was drawn up, with beautifully naïve references to My Little Pony. 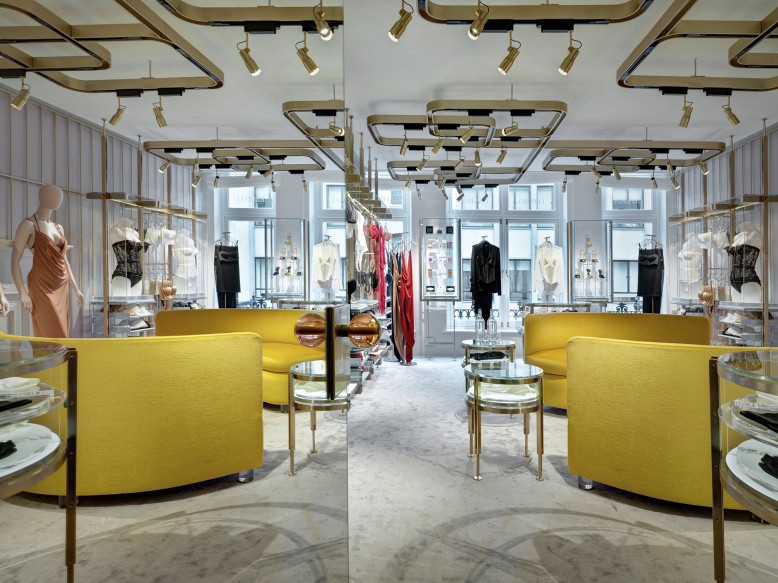 The first day of London Fashion Week closed in style with the spectacular opening of the new La Perla flagship boutique on Old Bond Street. With three floors of lingerie designed by architect Roberto Baciocchi, La Perla’s seasonal lingerie, beachwear and Made to Measure service are all housed in the luxurious space. La Perla also presented the Atelier Collection at the event, revealing the collection that was launched with pomp at the Haute Couture shows in January.

London demonstrated, as always, how an eclectic industry forms, fashions and conditions the talents that emerge from it. From the juxtapositions of colours, textiles and textures, to a diverse and rich cast of models, London is set to celebrate its eclectic scene: one that privileges, pushes and provides the platform for a younger generation of design talents.