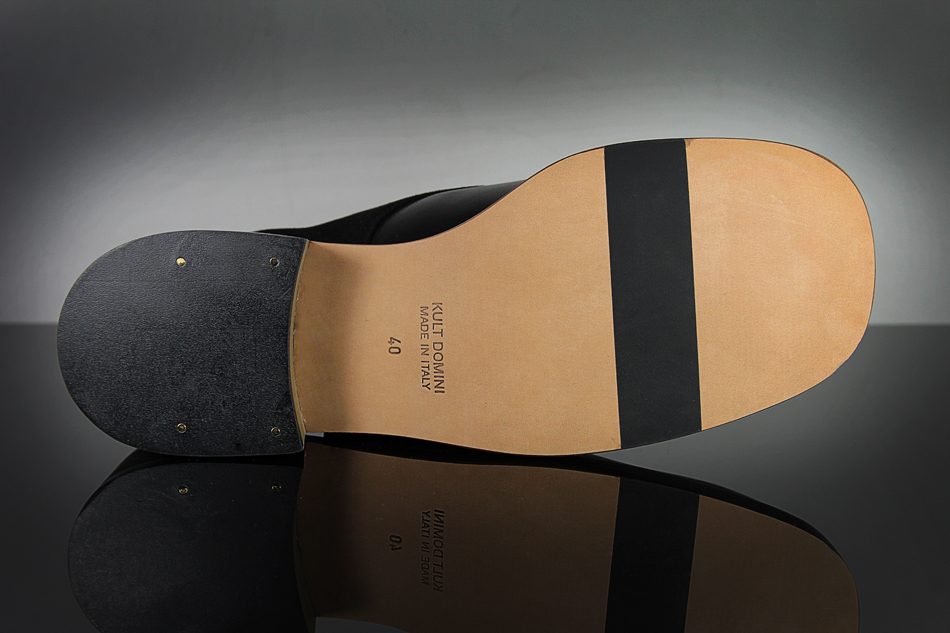 Launching a brand can be a challenge, especially when it comes to creating something which differs from other established labels. Paving her own path with a particularly fascinating creative vision is Kate Deeley, whose brand Kult Domini is already making waves in the world of footwear. With unique silhouettes which combine vintage charm with modern design, we’re sure Kult Domini will go far. Schön! spoke to the woman behind the label to find out more.

With a prestigious track record in the fashion industry, Kate Deeley was already well placed to launch her own idea. From working on the jewellery team for Vivienne Westwood, Deeley went on to work in the handbag department for none other than Victoria Beckham. “Working for Victoria Beckham was an amazing learning experience,” she explains, “they’d only just set the department up prior to me arriving; it was a very intimate team. We had to deal with everything from the budget, to sourcing and meeting with international manufacturers, to attending meetings with Victoria and Katie Hillier. It was a fantastic learning curve; I witnessed the brand develop so rapidly.” 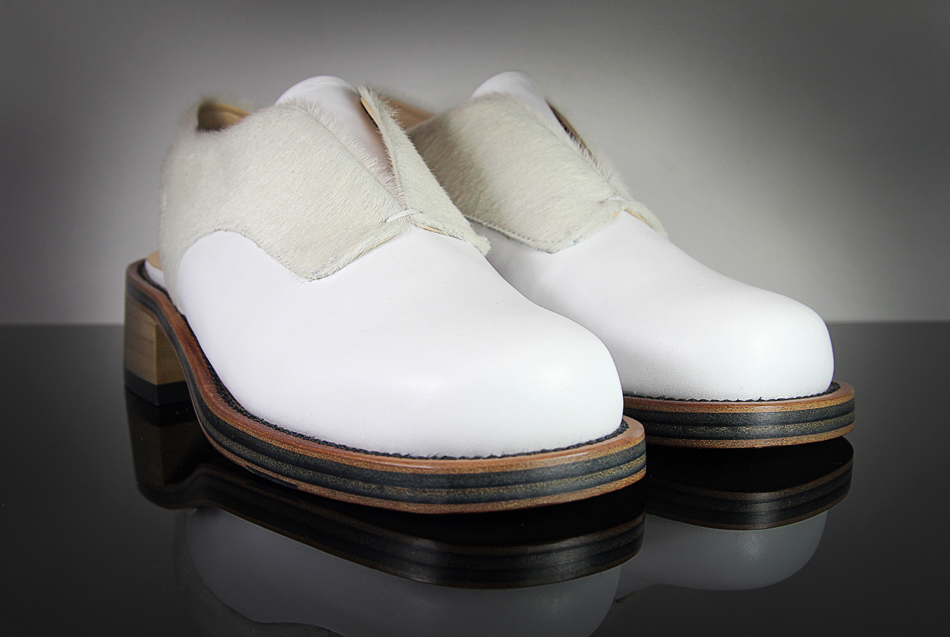 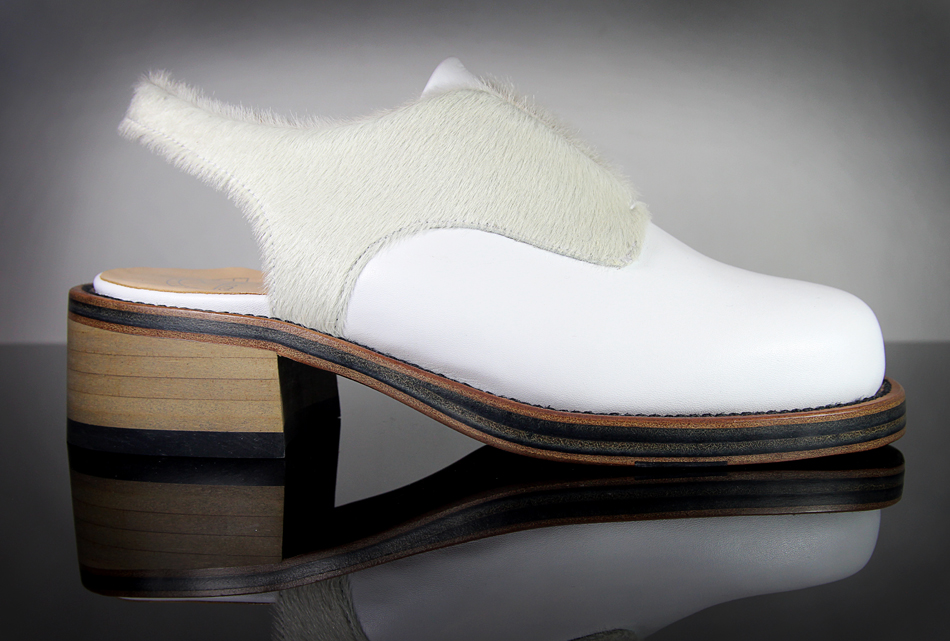 Leaping at the chance to create her own brand, Kate Deeley started research for Kult Domini two years ago. “I basically wanted to develop a high-end brand of ladies shoes which weren’t stilettos, because I don’t wear them, and I never have. I wanted to make an alternative luxury in footwear.”

After an initial six months of research and experimentation, Deeley finally found the route she wanted to go down, developing a design based around 70s brogues: “I want to build a brogue, something really sturdy that’s going to stand the test of time. What I like to do is play with leather – with luxurious leathers, that echo a lady’s evening shoe, and then put them in a brogue.” After finalising her designs, she then went onto creating the first collection: “I developed a capsule collection which was made up of five different shoes. The idea was just to show them to a few key buyers, to see if they liked the product, to see if there was indeed a gap in the market for my product.”

The idea behind Kult Domini is that the pieces become an investment, and with a strong, timeless design, they’re sure to resist the passing of trends. Deeley explains how excelling in terms of quality was one of her priorities: “Having worked at Victoria Beckham, I began to appreciate really refined quality in terms of the leathers and the materials, the top, top quality.  When I started building Kult Domini I thought that was the same kind of route I wanted to go.” 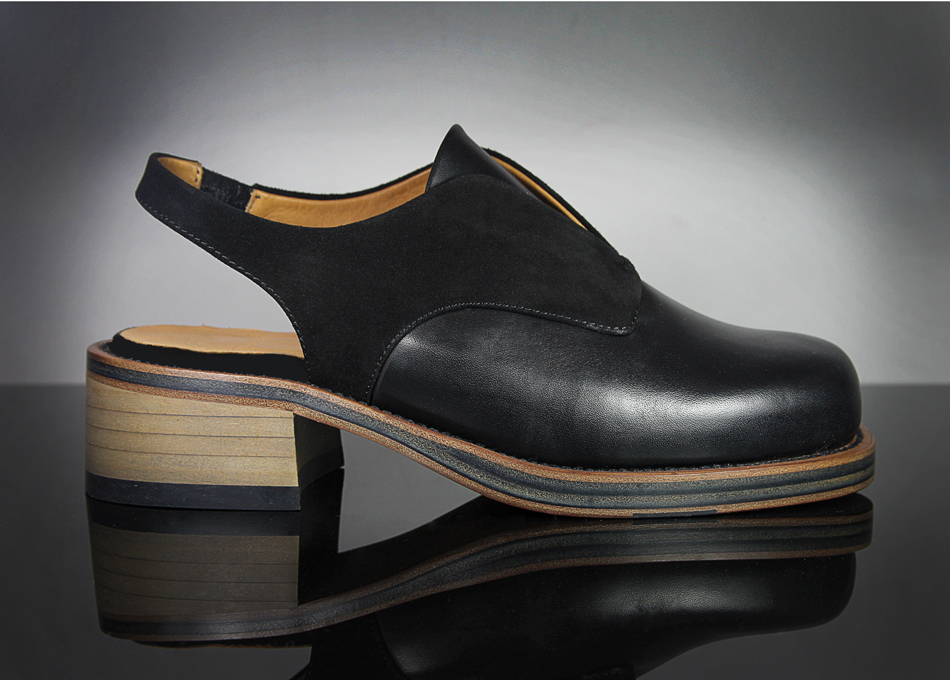 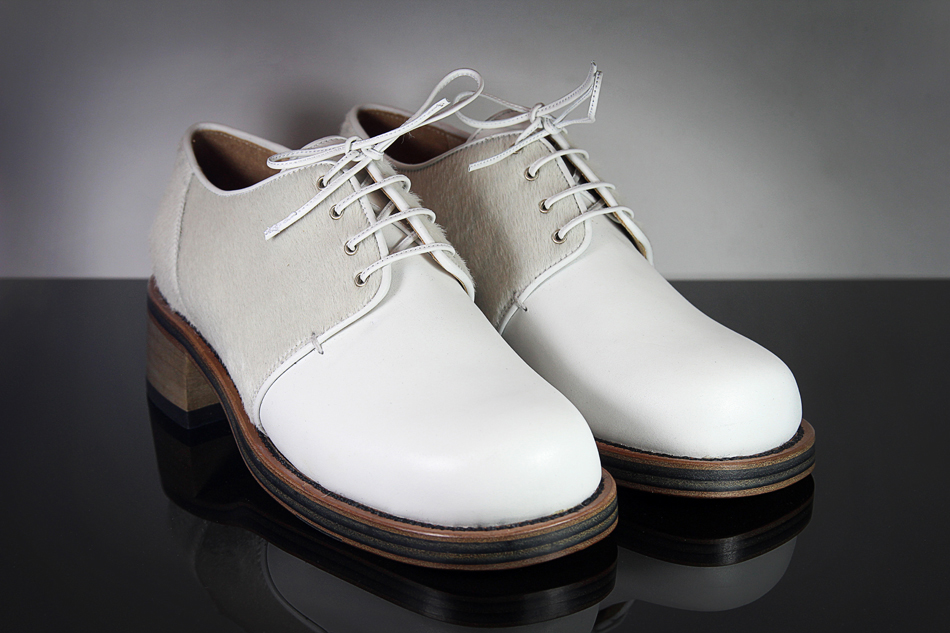 Kate Deeley shows us how the design process behind the making of her shoes specifically goes against the idea of disposable fashion. “All of the bottoms are stacked leather, with a wooden heel.  You have to ‘dance on gravel’ to wear them in, as they say, just as you have to do with traditional men’s brogues.” To obtain the high quality production, sourcing factories which would be able to cater for her requirements was key to setting up the brand. After contacting several Italian factories, she finally set to work with two in Civitanova Marche, on the East coast of Italy. The production itself is split between two factories: “There’s my main factory, the ‘upper’ factory, and then the ‘bottom’ factory which creates the sole and the heel. It is quite a long process.” An unexpected challenge to be faced was the fact that most Italian shoe factories are only used to producing high-heeled shoes, which require a completely different technical approach to the designs she had in mind.

Other than producing her designs in Italy, Kate Deeley also sources her materials there: “I go over to Italy twice a year, for each season, to a big leather fair which initiates Kult Domini’s design process each season; it is really inspiring.” 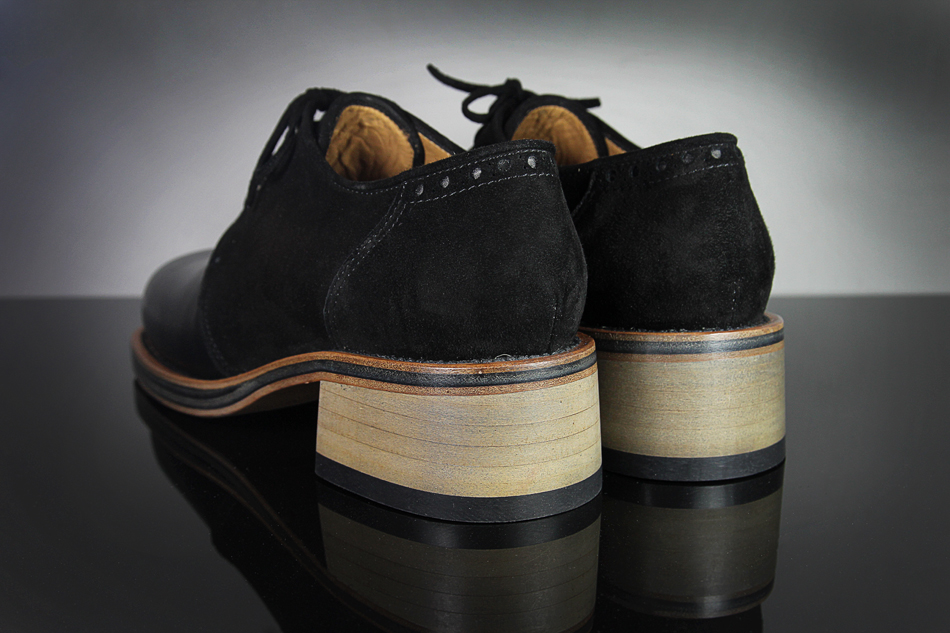 Now that the production process is established and running, Kult Domini is making its way onto the fashion scene, as Deeley tells us. “We exhibited at London Fashion Week, so that’s when the brand went viral.” Her designs have captured the attention of Susie Lau, the blogger behind Style Bubble, and was the first celebrity to wear a pair of Kult Dominis. “We’ve had some really great press response and some buyers too.” Her first UK stockist, LN-CC, launched her on the London market, but her plans to expand internationally are also underway, heading both eastwards, to Asia, and to the United States.

Whilst setting up and launching a brand by herself has been challenging, Kate Deeley admits it has its advantages. “It’s important to know how to do everything. As the brand develops, you can hand over the responsibility, but it’s good that you’ve done it yourself, so that you know everything about it, rather than being merely the face of it all.”

So what comes next in the busy and exciting Kult Domini schedule? When we speak to her, Kate Deeley is headed to NY to show the collection to buyers; other than that, she has a collaboration planned for Autumn/Winter 2014 with London-based duo Leutton Postle. In other words, the future looks bright for Kult Domini, and we’re truly looking forward to following the next steps of the brand.