Jean Paul Gaultier took us on an English punk space odyssey for his Autumn/Winter 2014 runway show. The galactic voyage took place in the orb that is the French Communist Party Headquarters. Ushers in full-bodied laboratory smocks helped explorers find their seats before the green lights of the venue dimmed. Shortly after, a space cadet recited safety instructions in English, Spanish, and French, and we took off to a universe of galactic apparel. 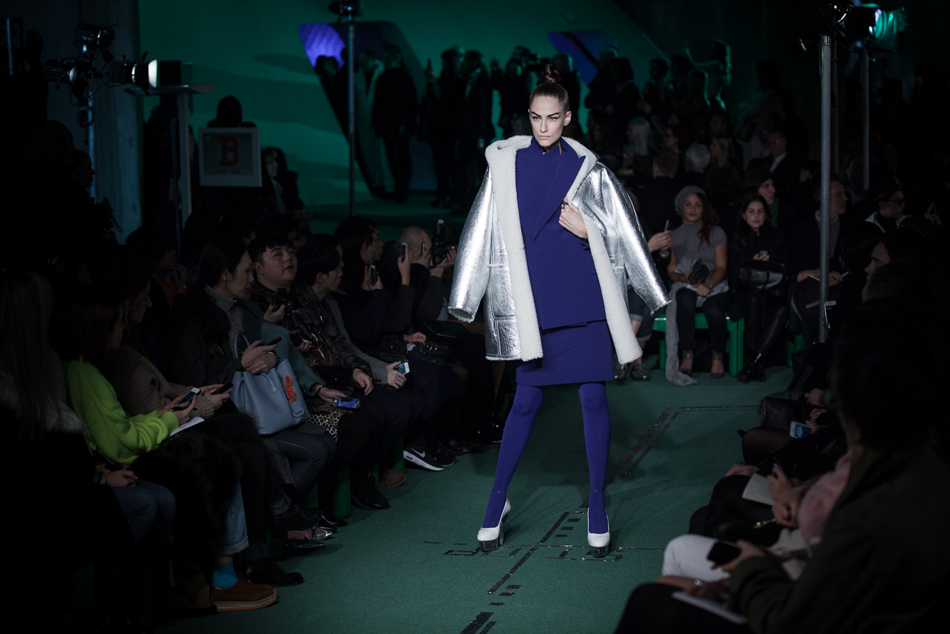 Futuristic cage headpieces protected models, in addition to gray ribbed vests. Trench coats were rendered technical with zipper detailing. Series of glossy silver pieces were wonderfully captivating onstage. Mohawked models in plaid and leather decided to join the crew as well. Children in punk attire, as well as the most glamorous older ladies in moonshine coats were seen.  Gaultier brought another element to the journey: England. “God Save the Queen” vibrated through the speakers as models paraded dresses with the Union Jack. We might have flown British Airways if we were going to end up in the UK, but Jean Paul Gaultier definitely knows how to take one stylish detour. 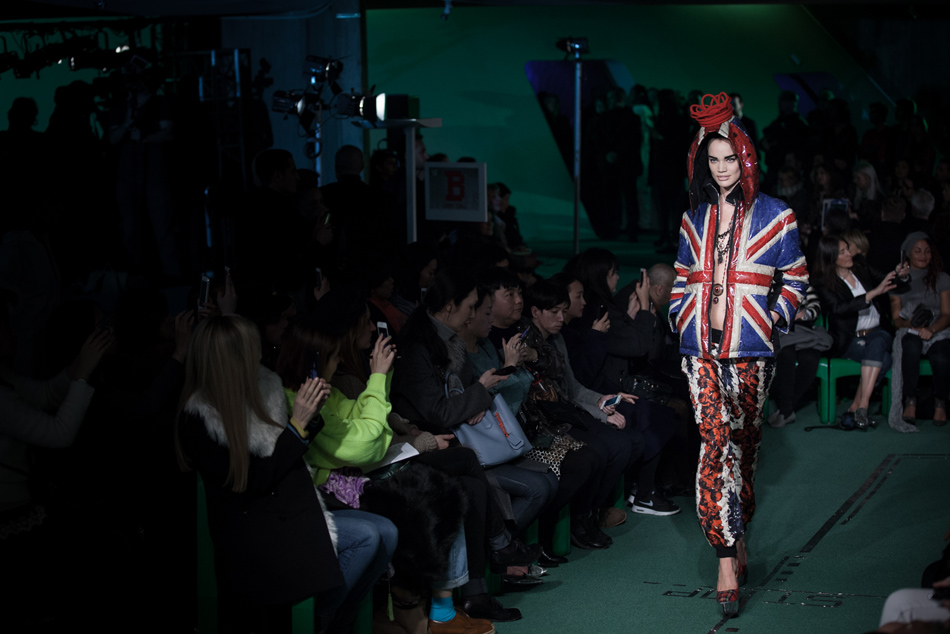 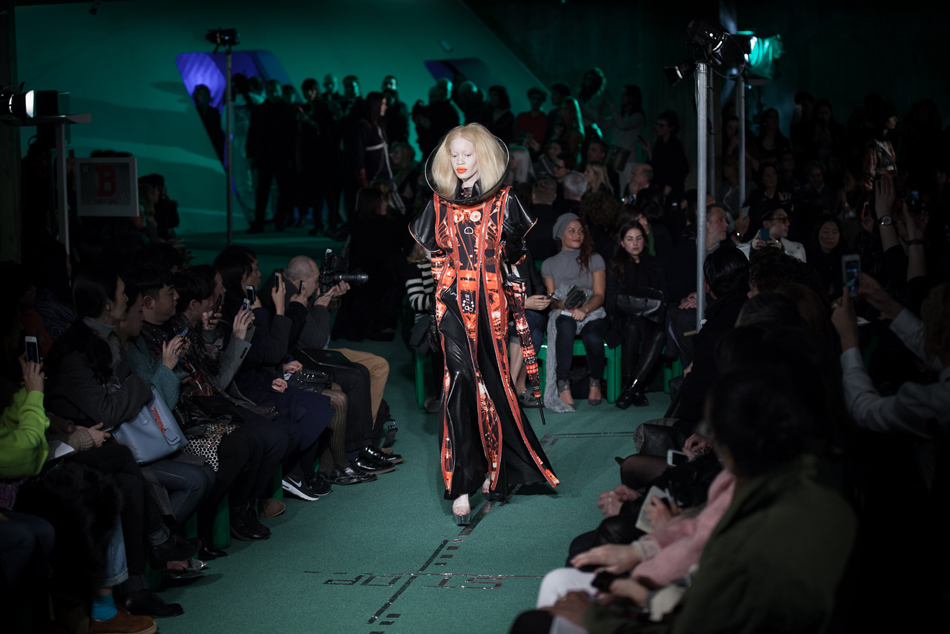