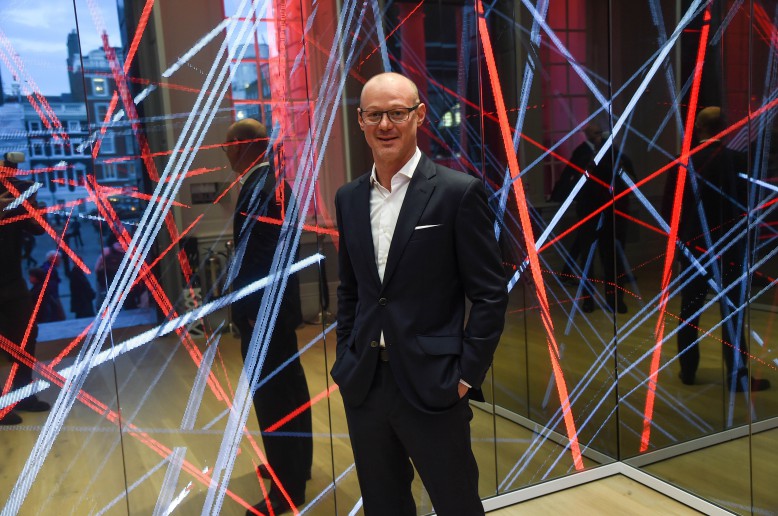 After São Paolo and New York, London is the latest capital to be graced with the plastic-fantastic presence of Brazil-based footwear company Melissa. As the newest Galeria Melissa opened yesterday, Schön! headed to the brand new space in Covent Garden to meet the minds behind world of Melissa. London represents an essential connection, not only because of the many collaborators of the brand, such as Kate Moss, Gareth Pugh and Vivienne Westwood, but also because of the unique relation that the British capital has with fashion. Paulo Pedó, brand director of Melissa, explains that Melissa is above all an everyday product, and takes it inspiration from the brave and daring fashion of the city streets, such as showcased by London’s population.

As we are shown round the vast space on Covent Garden’s King Street, the attention to detail and incredible digital innovations jump up to greet the eye.  Edson Matsuo, creative director of the house, explained how the space, created by architect and interior designer Muti Randolph, reflects the design process behind the shoes. “It was a great experience to work with this type of concept, which involves digital art, because we use innovative technology to make the product. So there is this connection between how we make the shoe and the space here.”

The space will house the first independent art gallery in Covent Garden, which, Paul Pedò explains, will showcase emerging talents, above all young British artists. Combined, the three pillars of the Galeria Melissa, namely design, fashion and art, build up the core philosophy behind the footwear empire. The London Galeria will bring together these various facets. Matsuo is enthusiastic as to the possibilities that such a space can offer. “The concept of the galleria is a space to connect people. The idea is to share, not just the shoes, but information and knowledge too.” 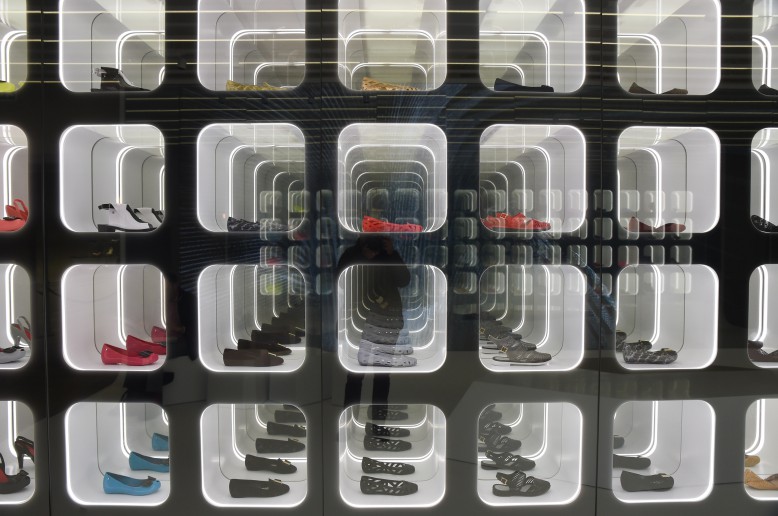 Celebrating the pop and fun element of the Melissa shoes, the space is a kinetic, interactive and dynamic space. Upon entering the space, visitors are greeted with the UK’s largest LED display, where sensors will automatically recognise the model of Melissa shoe the wearer has conveniently worn to the Galeria, to launch an interactive digital display infront of the very bewildered eyes of the beholder.

Paulo Pedò points out how Melissa is verything but a stuck-up brand: its playful core, he demonstrates, is reflected in the galeria. Matsuo chimes in and points out how “This is like an embassy of the brand.. It’s very important to establish a balance. People call this a concept store… but I think it’s a space to build relationships,”

When we wonder whether the creative possibilities of plastic are exhaustive, Matsuo is quick to bounce back. “You’re asking about limitation?” The answer is simple. “Firstly, I think that creativity is something that comes from a limitation of resources. Secondly, with the plastic that we use, there is only one limit – imagination,” he states, with a laugh. 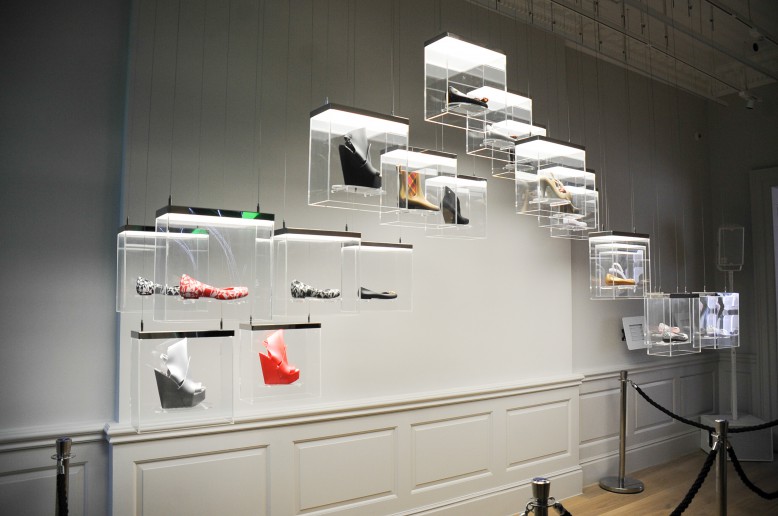 With the brand being sold in over 50 countries worldwide, and with this latest galeria in London, we wonder where the Brazilian roots of the house lie in relation to an ever-expanding company. The cultural diversity and creative processes of Brazil, Matsuo points out, might be where the answer lies.“Believe it or not, I’m Japanese, and Brazilian. My father is Japanese. There is a lot of diversity in Brazil. What I believe is that the Brazilian way of working is not embodied by the shoes themselves, but the idea is more how we play with the design. The idea is more about how we play, how we share, use diversity to design.”

Unique technical innovation and unabashed creative vision seem to characterise the Melissa working methods. Matsuo remains cool in regards the future. “We do not know what the future is, because we are looking all the time. There aren’t any books written about these kind of shoes. So for us, it’s open. Of course, we make mistakes,  but then we keep what is good, what we can do, and that becomes the future.” The soul of the project, he reminds us, is the person that wears the shoe. “With each product, we learn a lot of things. It’s a way of producing, of creating in line with diversity.” A last concluding remark sums up the imaginative freedom that Melissa represents. “Maybe this creativity is a Brazilian way of doing things,” Matsuo points out, before adding with a laugh, “Perhaps all we need is a little bit of discipline.”