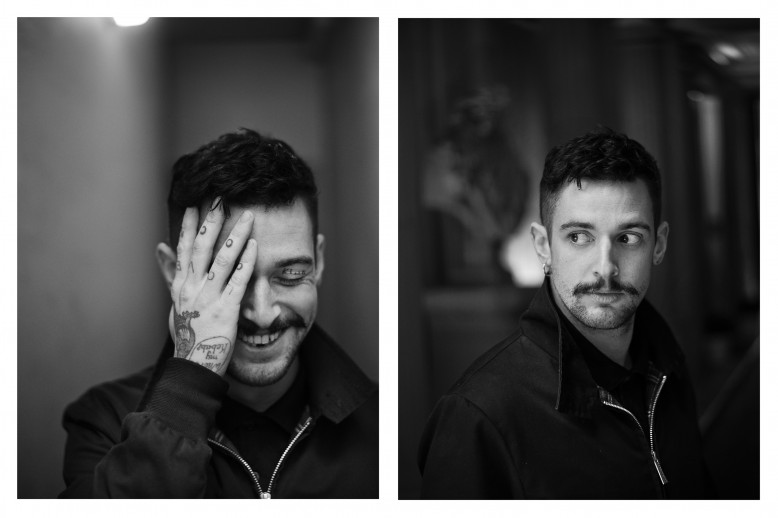 As we descend the steps to Charlie Le Mindu’s atelier in Paris, he explains how he changed studio locations because of his plans to relocate to Los Angeles. “I’m going there to work with one of my best friends, Peaches. Plus, I’m moving for the sun,” his eyes dance. It’s a rainy day in the French capital, which may be reason enough for an artist of such vivid caliber to seek sunshine.

Le Mindu is 28 years old, and has already accomplished much at this young age. Having received training in a traditional Bordeaux salon for elderly clients, the hair stylist encountered Caroline Martial who was crucial to the development of Le Mindu’s aesthetic. Martial, lead singer of French electronic duo Kap Bambino, presented Le Mindu the important and happening influences of the time such as Vogue, Madonna, and Cher.

Le Mindu has styled Lana del Rey’s hair and created wigs for Lady Gaga. He works closely with L’Oréal and was appointed Avant Garde Director of Harrod’s Urban Retreat salon. Now, not only was Le Mindu given artistic liberty to create the storefront windows at Galeries Lafayette in Paris and Bordeaux, but he will also be part of an upcoming Palais de Tokyo exhibition. Schön! catches up with the hairdresser, wigmaker, and innovator on his current and future endeavours. 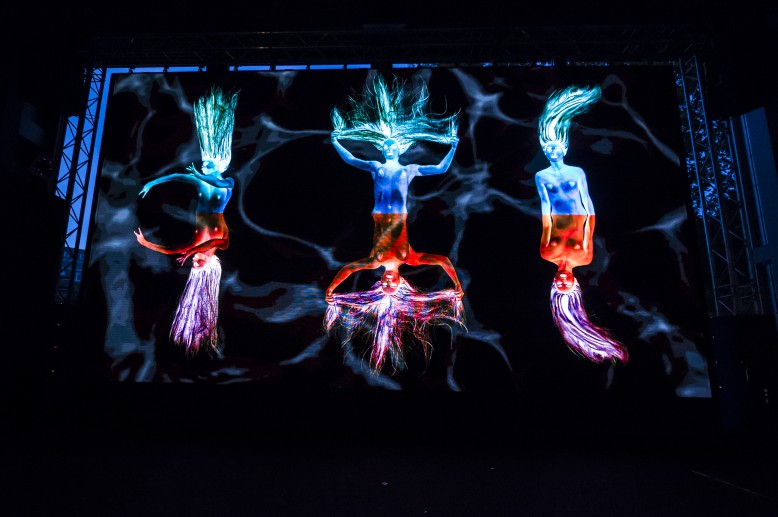 You have pop-up salons at Social Club and Lapérouse in Paris. How is working in these locations different from the clubs in Berlin?

I think it’s the French culture that is different. La Lapérouse is an aristocratic place, but can be pretty punk too. There aren’t a whole lot of differences, but we are more with the people who are in the electronic field in Paris. The Social Club is gayer, with drag queens and such. I wanted to bring something different and fun to Paris, because live haircuts aren’t really something that’s done in Paris clubs. It’s something I created 10 years ago in Berlin. We do hair, extensions, and wigs. Anyone can get his or her hair done.

What do you love most about London?

The respect from people. If you bump into someone on the street, he would say “Excuse me.” There’s always help; everyone helps each other. Not all the time, but most of the time. That doesn’t exist here in Paris.

You left France as a teenager to work in Berlin and London because you felt the French couldn’t understand “crazy creativity.” Is that still true today?

It’s a little true, but it has gotten better. I have more recognition now than I did before. For example I’m going to do an exhibition at Palais de Tokyo in January and a cabaret at the Fondation Cartier. I have a lot of exhibitions coming up, so that’s cool. I’m also doing the Carnival of Bordeaux, which is really fantastic. What’s good is that what I do amuses them. I think that we need colour and crazy people who amuse others in France. I think that in this moment, Paris is really cool. People can now become really stupid and fun. It’s good, but I want to leave anyway.

Which audience is more responsive to your work?

Really bizarrely, even if it’s not an area that I expected, it’s the art industry. That includes art galleries and museums. They adore my work, which is super because I’m recognised for doing art. I would never say that I’m an artist, though. I say that I’m a hair stylist. It’s an amazing form of recognition, which is weird because it’s not a medium in which I counted on or exploited. I was in fashion, but apparently it’s better to do exhibitions with my wigs. It’s true that I find them more beautiful in exhibitions. 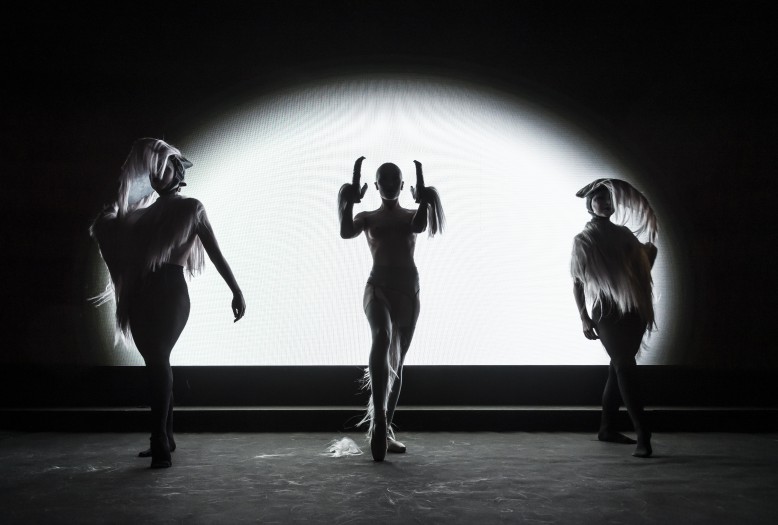 What was it like working on the storefront windows for Galeries Lafayette Paris and Bordeaux?

I was given artistic direction of all of Boulevard Haussmann. I did 26 windows and it took three weeks to do. This year, we worked with prints on hair, making curtains out of hair, decoration out of hair. I created the principal monster of Galeries Lafayette. It’s a monster created entirely of hair that looks like the Gustav monster, from a cartoon. In Bordeaux, we did the Christmas windows.

What did you do for the “Le Bord des Mondes” Exhibition in Palais de Tokyo?

I’m doing an exhibition on already existing wigs. It’s like savoir faire, where the wigs will be considered like an art or something artisanal. It’s an exhibition with a lot of artists.

You’ve been named the Artistic Director of Carnaval des Deux Rives. What do you plan to create for this?

I’ve given the theme of the carnival: monsters. Why monsters? Because monsters come back to each carnival. I have to create a video tutorial to show people how to make their costumes. There will be costumes, not necessarily made out of hair because that would be costly, but it could be aluminium or any other material. The goal is to hide the identity of people, because in general it’s forbidden to hide your identity, except for a carnival. People will transform themselves. I would love to have 50,000 monsters in Bordeaux.

I’m waiting to work on my new collection. I have a challenge because I don’t want to do a fashion show. I want to do something freakier this time, but really on the subject of freaks. I don’t want it to seem like fashion. I want people to look at it and say “Uh… oh my god.” I think it’s going to be intense. I don’t care about selling my pieces. I want to keep my work. If I sell one piece, it would be $30,000 and for a museum. I always try to make a performance, but most importantly, I just have fun with it.