Paris celebrates one of the most influential photographers of the city, in its newest homage to Brassaï in an exhibition called “Brassaï, Pour l’amour de Paris.” Brassaï captured the numerous facets of Paris, from the busy Grands Boulevards, to the emptiness of hidden streets. He fixed lovers in an eternal kiss, dancers in cabarets, and artists in their closed houses. In this unique retrospective, we witness how Brassaï was able to catch the intimate yet boisterous, the hidden yet spectacular.

Brassaï was called “the living eye” for his ability to enchant the inanimate world. Graffiti, cracked walls, the mist and the rain on the bridges near the Seine River, the stairways of the Canal de l’Ourcq lost in the fog, or the gargoyles of Notre-Dame all become creatures of a magical and mysterious city in his work.

Brassaï captured everyday Paris. In the exhibition, photographs of children playing in public gardens are showcased. We see a curved cobblestone path during nightfall, illuminated only by streetlamps. In one image, “Nuit de Longchamp, 1937” the dark silhouette of a man wearing a top hat stands in the foreground, with brilliant fireworks illuminating night sky. Brassaï felt a certain glee in the projections of light that cut the blackness of the image. From the lights of a hotel sign or the burning tip of a cigarette, the luminosity alters the perception of depth in the photo. 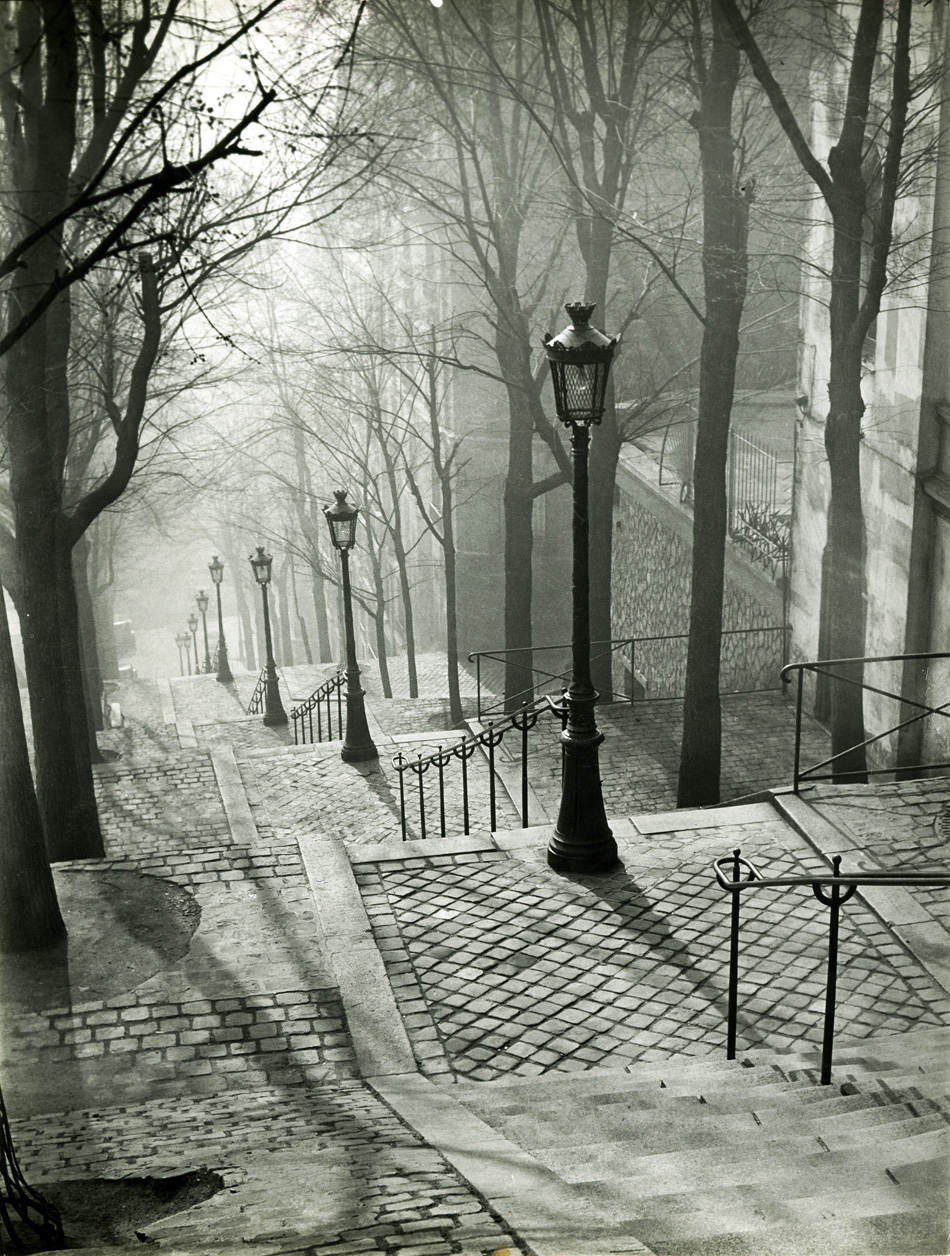 Brassaï wanted to surprise, but not with situations that would already be considered surprising. He intended to awaken curiosity for that which would be considered commonplace, so that we would no longer see the normality of normal. One example is that of the snow gathered on metallic park chairs. So much snow has accumulated, that they act as cushions on the presumably hard chairs. “Anything can be mundane, everything can become wonderful,” said Brassaï.

He was interested in everything about the city, graffiti included. As often seen in popular culture, graffiti questioned the origins of creativity and the notion of artwork. Brassaï was passionate about how a few spots, several lines, and the scarce signs of a figure graved into walls could turn a passing head. He observed children who would notice a missing eye or an absent line that could complete a partial image.

The majority of the exhibition displays photographs immortalising the splendour of Brassaï’s nocturnal Paris. In order to celebrate the City of Light, he captured the night. Thick fog, gas lamps, and car headlights are but a few of the beacons that bring the images to life. 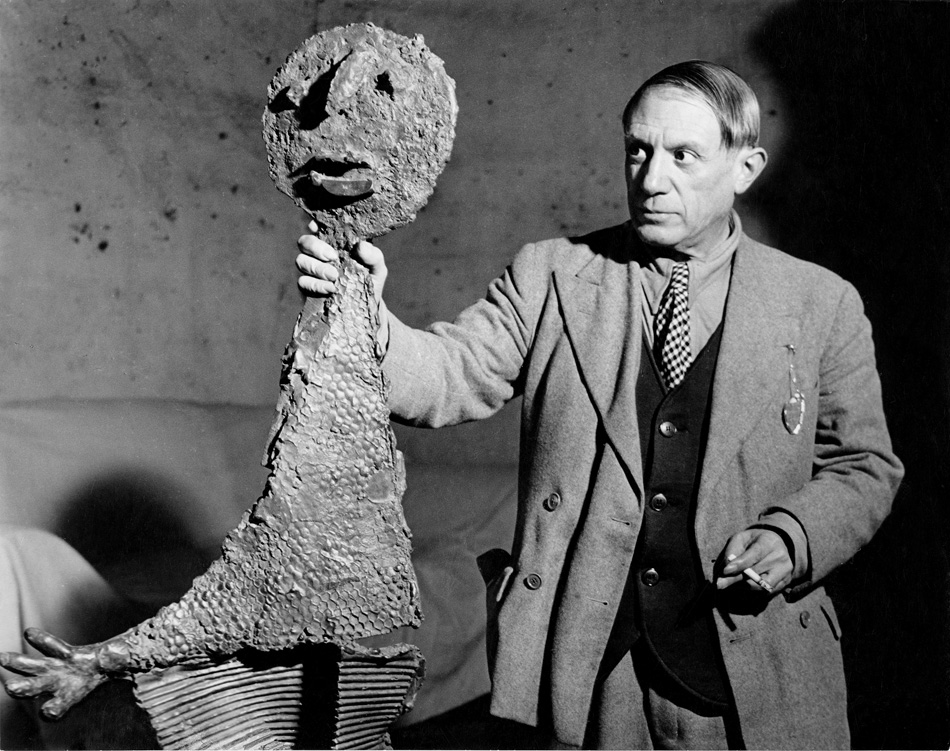 We travel deeper into Brassaï’s world, discovering the cabarets of Montparnasse he used to frequent. He explored the theatrical world of dancers and brawling parties. He recorded scenes of street prostitutes and their pimps, thugs in dark alleys, the homeless and the night workers. He became such a regular presence in nightclubs and brothels that his subjects began to trust the man documenting the forbidden spheres of the night.

One section of the exhibition is entirely devoted to Brassaï’s friendship with Pablo Picasso. In every scene, Brassaï documents the exchanges of artists in their most intimate moments of creation. The photographer often placed Picasso next to canvases and sculptures. With strong lighting and obscure camera angles, Brassaï achieved dramatic results, portraying the artist alongside the work that he loved.

Bursting with romance and lights, Paris is the city Brassaï fell in love with. His images speak of his devout affection for the city’s special ordinariness. Careful, it’s contagious.