The Palais d’Iéna in Paris opens its doors to pay tribute to its very own creator: Auguste Perret. Perret specialised in reinforced concrete construction, and is considered as one of the most important architects of the 1900s. The exhibition not only praises the French architect and his “eight masterpieces,” but also analyses and integrates his 20th Century designs into our present day. Organised by the Economic, Social, and Environmental Council and Fondazione Prada, the exhibition includes over 400 original pieces, some of them publicly presented for the very first time.

Son of a stonecutter who participated in the Paris Commune uprising in 1871, Perret was passionate about literature, construction sites, and architectural theory. His whole profession was committed to a demanding practice of architecture, focusing on ground-breaking strategies that connected the intelligence, design, and creation of a powerful building. Perret’s accomplishments combined the collective and the quotidian, the normal and the magnificent, in an on-going series of inventions and experiments that spanned his 50 year career.

Perret’s work in the 1930s answers a cultural question: how does the development of a new classical order stemming from antique designs correlate with modern construction techniques?  The architect’s use of reinforced concrete, which was developed for the Palais d’Iéna, was used extensively in the rebuilding of Le Havre after World War II. 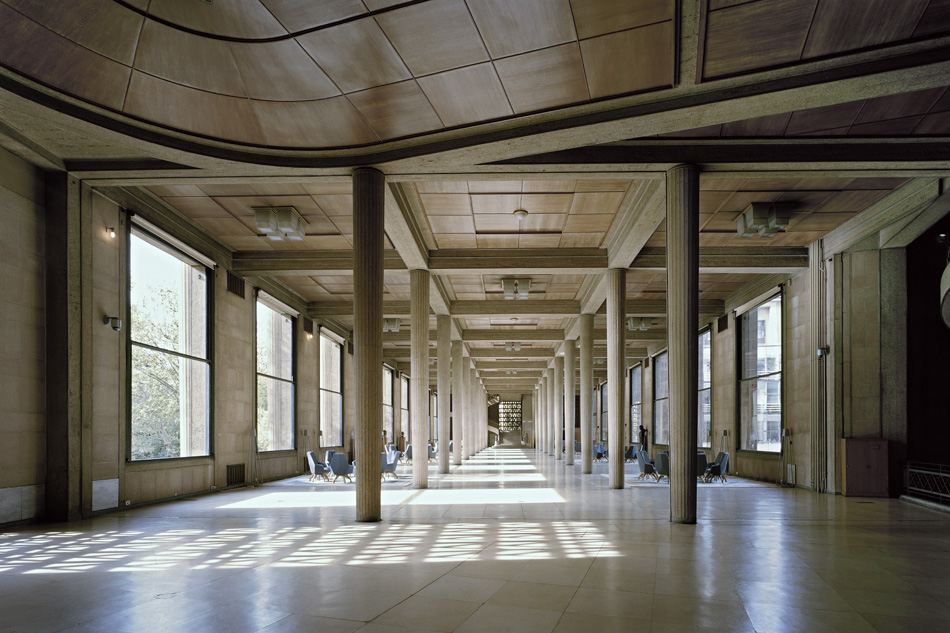 The exhibition is composed of different sections which tackle different angles of Perret’s architecture. On one side, a metal enclosure contains a wide range of documentary material. There is an assortment of around 100 original drawings, mostly from the 20th Century Architecture Archives’ Perret collection, which provides the projects’ design background. In addition, there are structural models which demonstrate the buildings’ structural geometry.

In the middle of the room, a single row of tables introduce historical information on the buildings mentioned. Within the glass-covered tables, viewers can read letters and observe photos and personal possessions, which shed light on Perret’s intimate life.

On the far end of the exhibition room, there are modern day reactions to Perret’s work. Gilbert Fastenaekens’s photographic albums are showcased to describe the current uses of Perret’s architecture. A film by Louise Lemoine and Ila Bêka is projected in order to highlight the people using the buildings. Objects and materials that are tied to the buildings are exhibited to feature its everyday character. There are even projects by architecture students that examine the possibilities offered by Perret’s architecture in the present day.