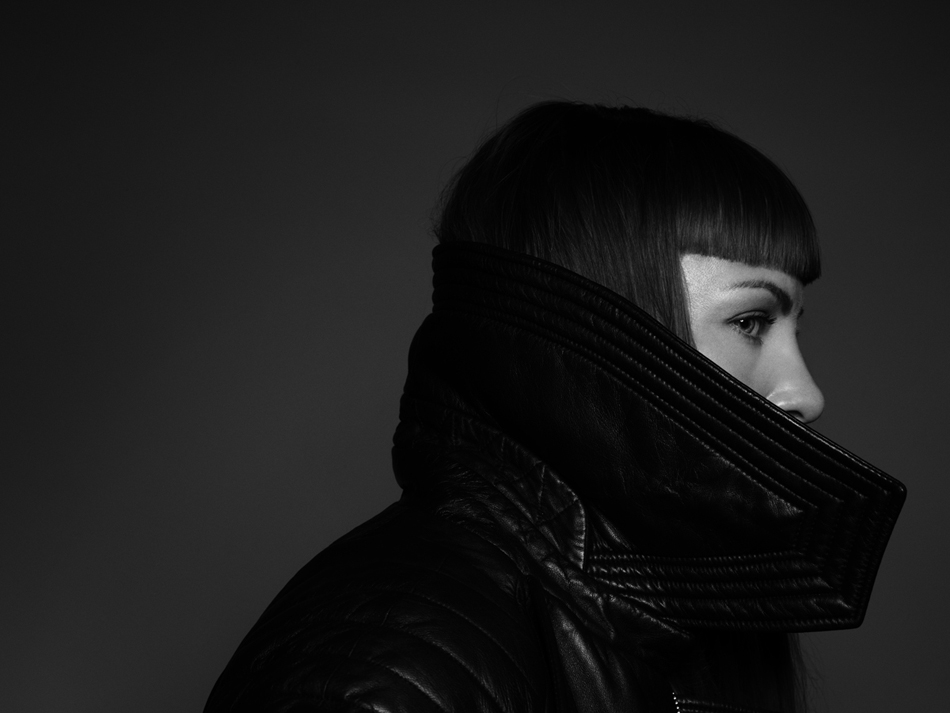 With a mere three collections under her belt, Danish designer Anne Sofie Madsen has already taken the world by storm. Her unique approach to couture has been cultivated by fashion legends. Having worked as an apprentice under John Galliano for Dior in Paris, to taking the position as Junior Designer for Alexander McQueen in London, she has received a remarkable fashion education.

Anne Sofie Madsen is a designer of the future. She toys with the rebel in leather and the athletic in fine mesh, while adding personal touches with her own hand-drawn prints.  Schön! sat down with the créatrice in this exclusive interview.

How and when did you decide to become a fashion designer?

How have your studies at the Royal Danish Academy of Fine Arts influenced your vision of clothing?

I really liked my teachers and still have a close relationship with a few of them, but I am not the typical Danish designer and I think my fellow students thought I was creating some weird stuff.

What advice or lessons do you keep from your experience with John Galliano? Alexander McQueen?

The two places were as different as night and day. For me, an extraordinary thing they had in common was the art of storytelling. I also learned something very important about myself – the greatest motivation for me as a fashion designer was to have my own name on the neck label.

What do you hope to communicate in your designs?

The point, where fashion replaces the body with something abstract – an idea or ideal instead of an organism, fascinates me. I am interested in the way a silhouette can affect the body and the surrounding space and how materials, shapes and proportions are able to generate a body language. The idea of Animism always plays a role in my collections – to capture and save something like soul in each style. I am really interested in the contrasts and borders between “primitive” and “civilised” – between nature and culture. I suppose it reflects our relationship towards body and sexuality.

Your garments are beautifully structured. Does architecture play a role in your designs?

I am inspired by all kinds of visual culturem including Architecture. When I am researching for a theme I don’t look for the garment to begin with. I look for everything else.

What are some of your favorite computer games? How is this translated into your designs?

I am fascinated by stories, movement, the impossible game and the idea of choosing your own character. I like everything with monsters. 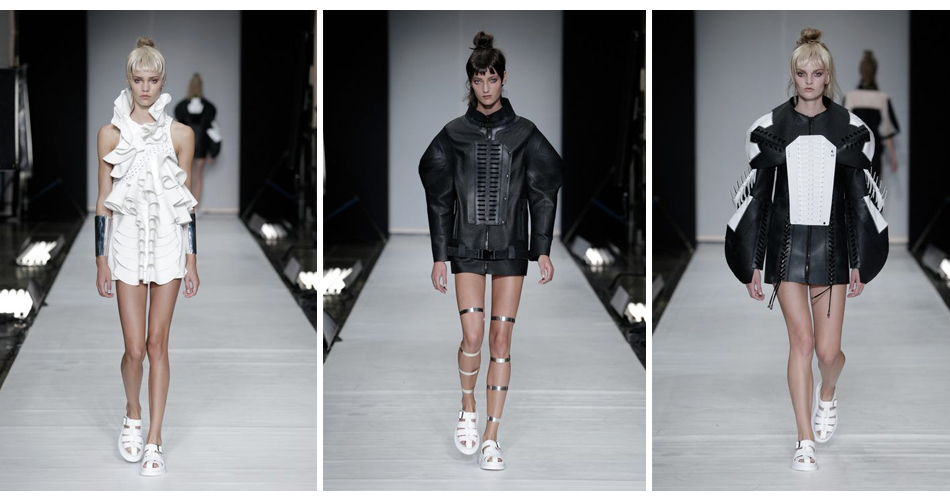 Your portrait of a woman is young, strong, and rebellious. Describe your connection with the woman you dress.

Who was the latest person you dressed? How was that experience?

The last person I dressed was Oh Land. I’ll guess we are a perfect match and share many ideas and enjoy a lot of the same things when it comes to visual culture. It was fantastic dressing her. She not afraid of anything and I think she is a real star.

Would you say the Anne Sofie Madsen woman remains constant season after season, or does she change?

She is a mixture between different female characters that fascinate me. At the moment she is part Princess Mononoké (the heroine in Hayao Miyazaki’s animation film of the same name), Sibyl Vane (a character in Oscar Wilde’s The Picture of Dorian Grey) and the anonymous child junkie and novelist Christiane F.

How do you describe your own personal style?

I think my style changes everyday according to my mood that day.

How are your illustrations connected to fashion? Do you use two different states of minds?

What is the latest book you have read?

Vladimir Nabokov’s “Laughter in the Dark.”

What can we expect in your upcoming collection?