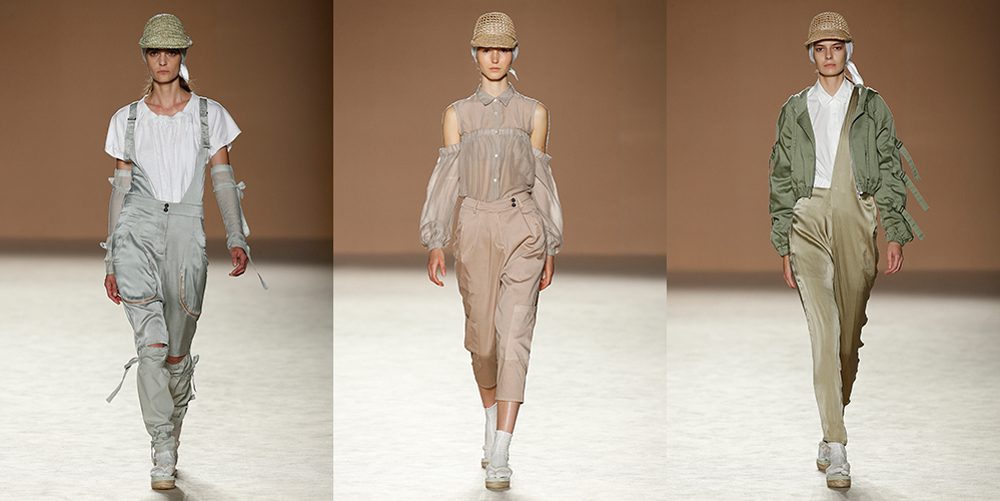 Already in its 18th season, 080 Barcelona Fashion is a firm fixture on the catwalk calendar. From 27th June to 1st July, it hosted 38 diverse designers and brands, covering womenswear, menswear, childrenswear, swimwear and accessories. From the conceptual to the commercially established, there was a SS17 collection to cater to all tastes. While certain trends were apparent (we noticed a distinct ‘90s vibe on many of the catwalks), the collections – and the ideas behind them – were nothing if not varied.

This season, local designer Miriam Ponsa took inspiration from Japan, and specifically the rice rituals that celebrate the beginning of the planting season. She layered natural fabrics such as cotton, linen and silk in subdued greens and earthy browns to create organic shapes representing rice terraces. The recurring tape detailing binding the garments took its cue from the handwoven strips worn by rice workers to tie up their sleeves and trouser legs. 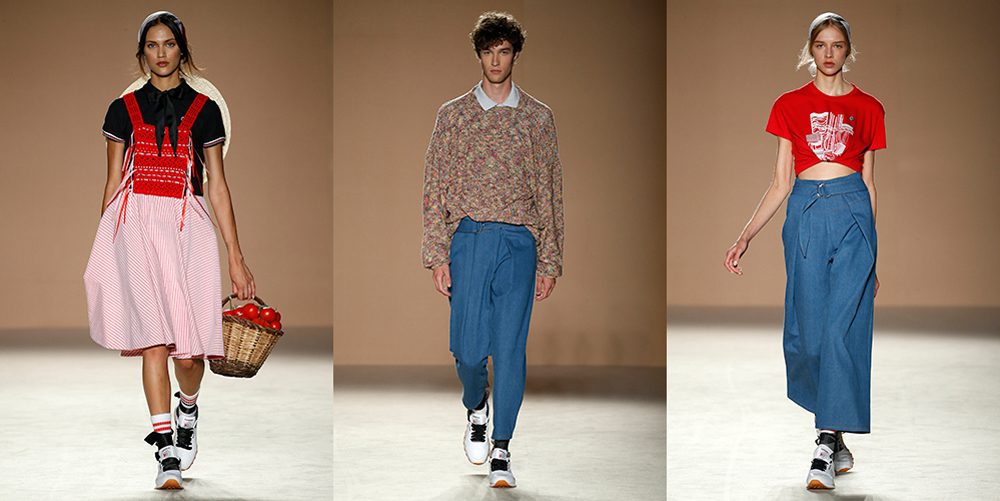 Another label that referenced agricultural workers was CARLOTAOMS. The Barcelona based design duo (Elisabet Carlota and Elisenda Oms) imagined the nostalgia of the city dweller for his or her countryside childhood. Traditional peasant attire such as dirndl skits and straw hats were countered with urban street and sportswear, while the humble tomato made a recurring appearance in both the colour palette and as a graphic on t-shirts. 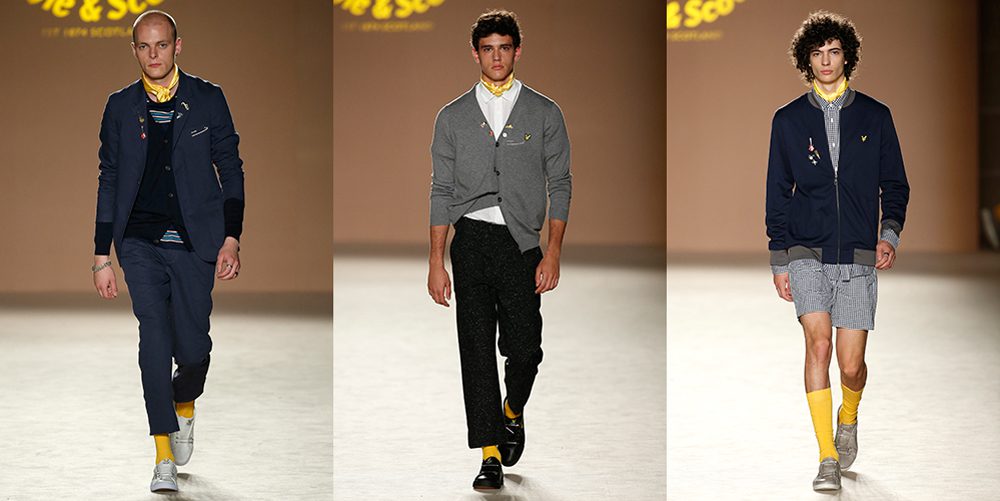 080 Barcelona Fashion doesn’t only champion Catalan designers: it also welcomes international labels. Established in Scotland in 1874, Lyle & Scott is a quintessentially British sportswear brand so it comes as no surprise that its SS17 collection was entitled Proudly British. Casual tailoring was combined with polo shirts and baseball jackets, while the brand’s distinctive eagle motif – as well as socks and jaunty cravats – brightened things up in canary yellow. There was a discernible 1980s retro feel, as well as plenty of nods to British youth subculture in the detailing.

In addition to the many fashion categories on offer, the event also embraced interior design by unveiling a collaboration between iconic French furniture brand Roche Bobois and a star-studded cast of Spanish designers, including Agatha Ruiz De La Prada, Andres Sarda, Custo Barcelona and Rossy De Palma, each applying their own unique style to the legendary Mah Jong sofa. The pieces will be auction to raise money for OAfrica, an NGO founded by former Vogue editor Lisa Lovatt-Smith. In the meantime, we couldn’t think of anything we’d rather lounge on to contemplate the latest fashion from the Catalan capital.