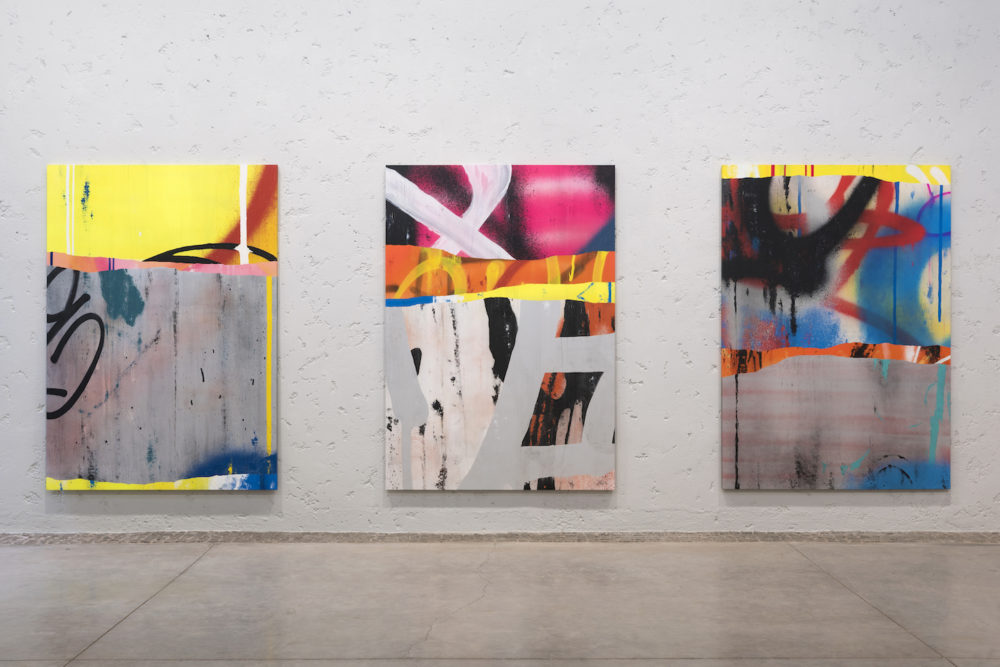 We might not know his identity, but we do know Toulouse-based artist TILT is nocturnal. As the sun goes down, the mysterious artist sets out, weaving in and out of concrete trees on a paint-stained scooter. He’s looking for a canvas — maybe a spot he’s scoped out before, maybe a wall as-of-yet undiscovered. But when he finds his canvas, no matter how precarious, the second part of his job begins. He paints, crafting bright and bold pieces while keeping his ears perked for potential police presence. After just a few moments, he’s gone. Tonight’s work is complete.

For TILT, painting is only a small portion of what it means to be a graffiti artist. Future Primitive, the exhibition currently on view by appointment at Morocco’s Montresso* Art Foundation, is an exploration of the side of the graffiti world the public does not see — or simply does not realise. “I wanted to stay as close as possible to my night-time graffiti,” TILT tells Schön!. “I wanted to share a basic language, not to show the work in a simple way, but to decontextualise it. I changed the scale. I changed the point of view. When you look at the work, it keeps closer to the energy of graffiti. It shares this energy, these stories, in a different way.”

Those already familiar with TILT may be surprised by this collection’s departure from the artist’s norm. TILT’s output on the streets is vibrant, often featuring stylised re-appropriations of pop culture figures alongside traditional graffiti bombs. In Future Primitive, the works are more abstract, fundamental, seemingly his attempt to recreate the experience of painting from the ground up. 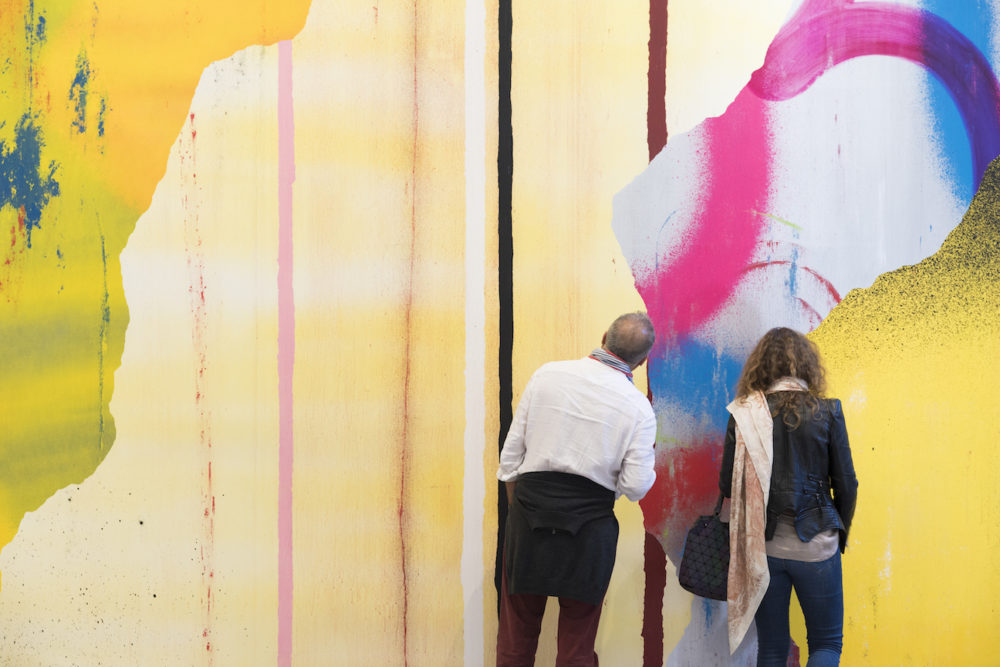 The inspiration for these works came during his residencies at the connected Jardin Rouge in Marrakech. Over the course of five years, TILT spent varying amounts of time in the artist community, utilising the space and resources it provided to reconsider the entire graffiti-making process.

“It gave me the opportunity to experiment,” TILT remembers. “It was very important to the process. In my first residency, I started working on drywall, beginning this ‘primitive graffiti.’ I had a super big room, and with this space and this time I could show people exactly what contemporary abstract painting is from my particular perspective.”

TILT’s drywall pieces are among the most striking in the exhibition. Bits and pieces of other work are layered in a broken mosaic. Some works are organised into Mondrian-like grids while others are jagged mixes of colour and form. However, the pieces never succumb to the pitfalls of randomness: TILT’s mission is clear, as chaotic as it might be. 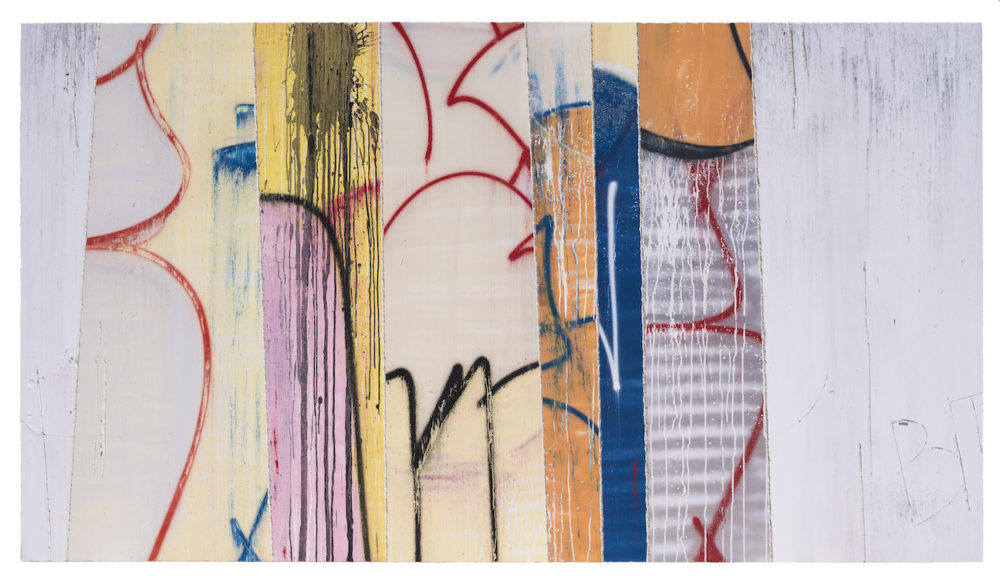 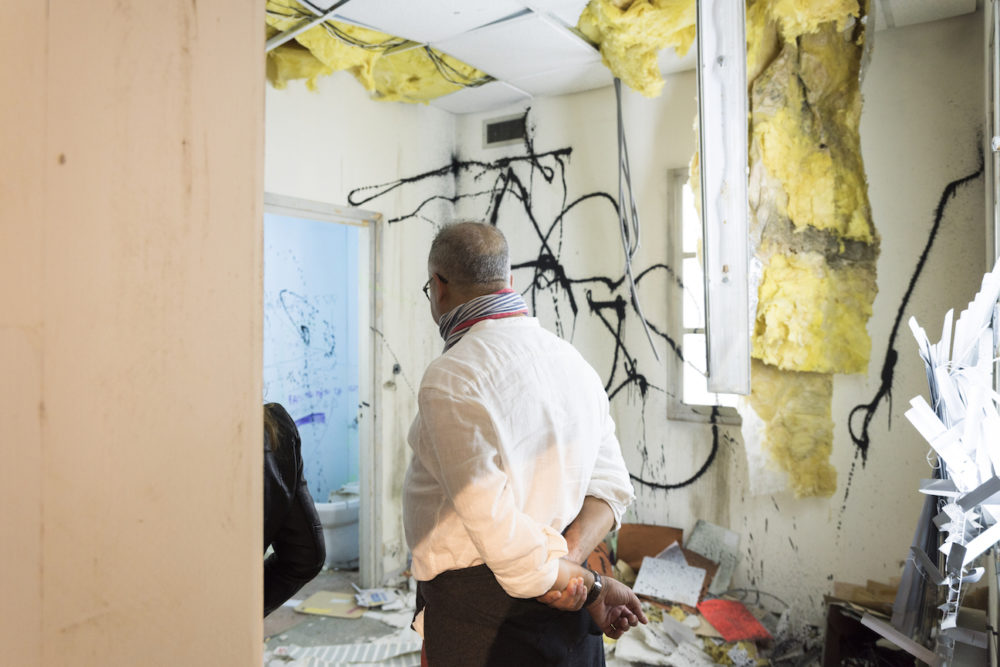 Figuring out how to adequately and accurately present this chaos took time, TILT says, noting that he “did ten residencies before I proposed my show.” The show he eventually submitted was Future Primitive, which he says was “about how [graffiti] paintings could be seen by people not from the culture as completely abstract.”

This goal is not accomplished with paintings alone. Entering the exhibition, the viewer is greeted with a constructed room in the centre of the gallery space. This room, to be blunt, is gross. Bits of wire and yellow foam insulation hang from the ceiling. There’s a broken computer in the corner, and a doorway nearby leads to a toilet any seasoned urban explorer would instinctively avoid. Naturally, there’s graffiti, but it’s frenzied, almost as though the paint can exploded halfway through the tag.

A room like this might rightfully put the viewer in a place of discomfort, but its place in Future Primitive is easily understood. TILT has spent years of his life in buildings like these, and as one of the first pieces a viewer sees in the exhibition, it sets a needed tone of grime, underdevelopment and, more importantly, intrigue. How would a space like this be seen through the eyes of a graffiti artist?

In conversation, TILT stresses that he could not make Future Primitive if he were simply sitting on the sidelines. Part of what makes Future Primitive feel so lively is its clear connection to TILT’s current work on the streets today.  “I would not want to show it and not do it. I have to keep doing it. If I didn’t, I would be like a man who loves animals only being in a zoo,” TILT chuckles. “I can share this energy — I can feel this energy — because I am still producing night-time paintings. If you only work in a studio, you can feel yourself getting old.” 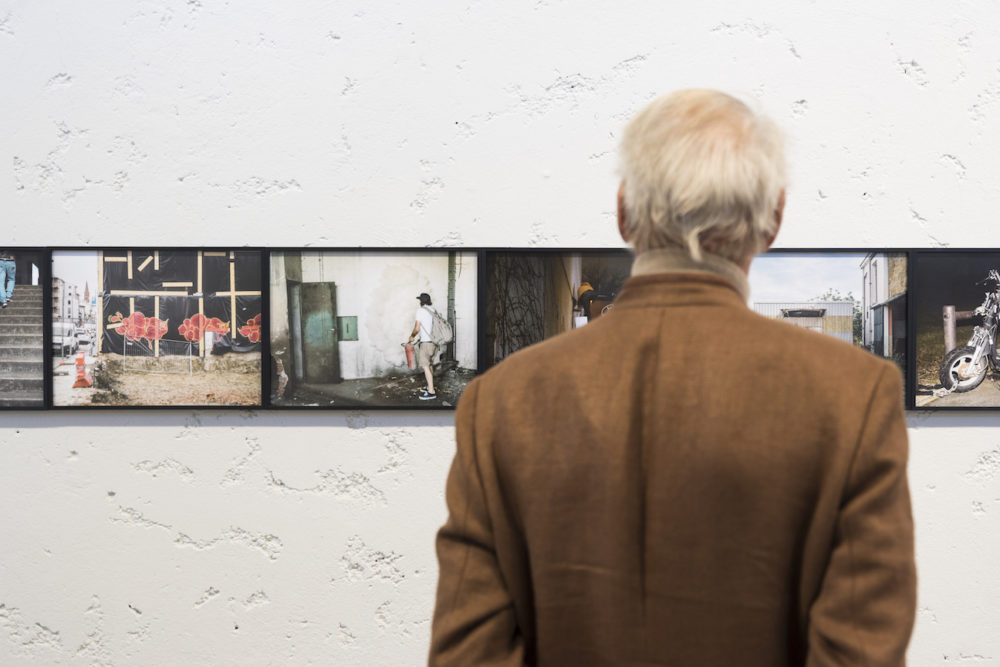 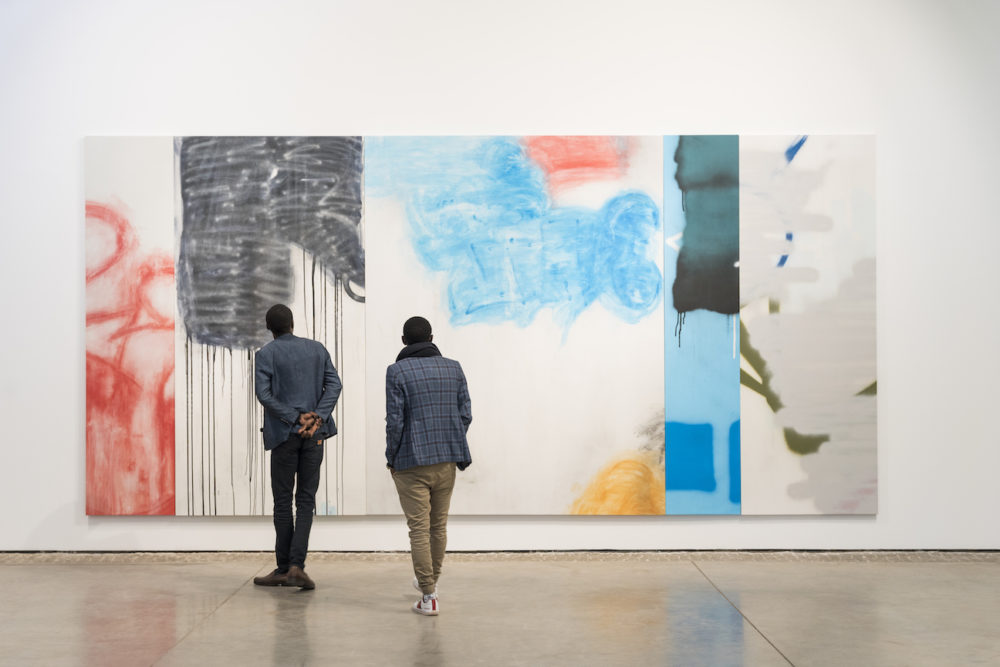 As the viewer exits the constructed room, they are presented with a series of photographs depicting a typical journey through a graffiti-making night. The photos depict every part of the process: riding through the streets, finding locations, climbing unstable fire escapes, and, eventually, throwing up a piece — all under the cover of night.

Lest one think only the creation of graffiti is a topic of exploration in Future Primitive, the aftermath of graffiti also makes its way to the gallery’s walls. At the far end of the gallery, an attempt has been made to remove graffiti, merely resulting in more marks on the wall. This is the push and fruitless pull of graffiti — pieces go up, pieces come down, but rarely do they disappear completely.

After Future Primitive closes on February 8, TILT will continue his night-time escapades, a prospect he finds endlessly exciting. “It’s really cool. For the last five years, I’ve been painting more than I did when I was younger. I meet young kids painting who give me lots of energy, lots of good moments,” says TILT. “I’m not at the end of this journey. Really, I’ve never enjoyed painting as much as I do today.”

Future Primitive is on view by appointment until February 8. Learn more about the Montresso* Art Foundation here.