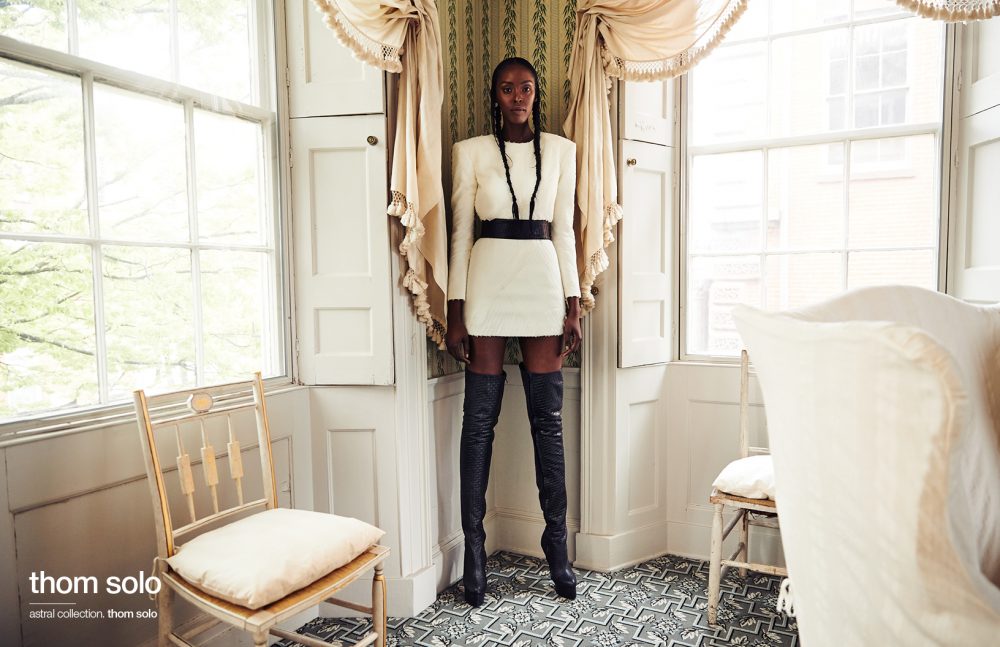 Mythical creatures, terrible monsters and assumed witches — for some, these figures are merely stories but for 29-year-old shoe designer Thom Solo, they’re an inspiration and a tool for empowerment. Beginning as a student of sculpture, Boston-based Solo started to take a liking to wearable art, eventually centring his work around shoe design. Following this newfound passion, he launched his own brand in 2008, releasing a femme fatale-inspired collection that same year.

As time passed and Solo upped his shoe production, a focus emerged — 2013’s “GIGER” wove themes of author H.R. Giger’s work into a smooth-edged, soft-hued collection; in 2016, “Conte de Fées” saw the designer using fairy-tales to make minimalist, yet empowered collection. Every shoe Solo designs is imbued with the persistent strength of myth, flooding its wearer an almost otherworldly spirit. It’s no surprise, then, that Solo’s work has attracted some pretty famous fans — Lady Gaga wore a Solo piece to the 2017 Grammy’s after-party.

Solo’s work has also graced the feet of artists like Demi Lovato, Kelly Clarkson, Lana del Rey and Britney Spears. Currently, the shoes Solo designed for Gaga are being exhibited at the Museum of Fine Arts Boston, shown as a selection for their exhibition on Gender-Bending Fashion. Continuing his myth-focus inspiration, his newest series, entitled “Astral Collection,” is rooted in the Salem Witch Trials. Here, Schön! speaks to Solo about this collection, his journey, inspirations, and more. 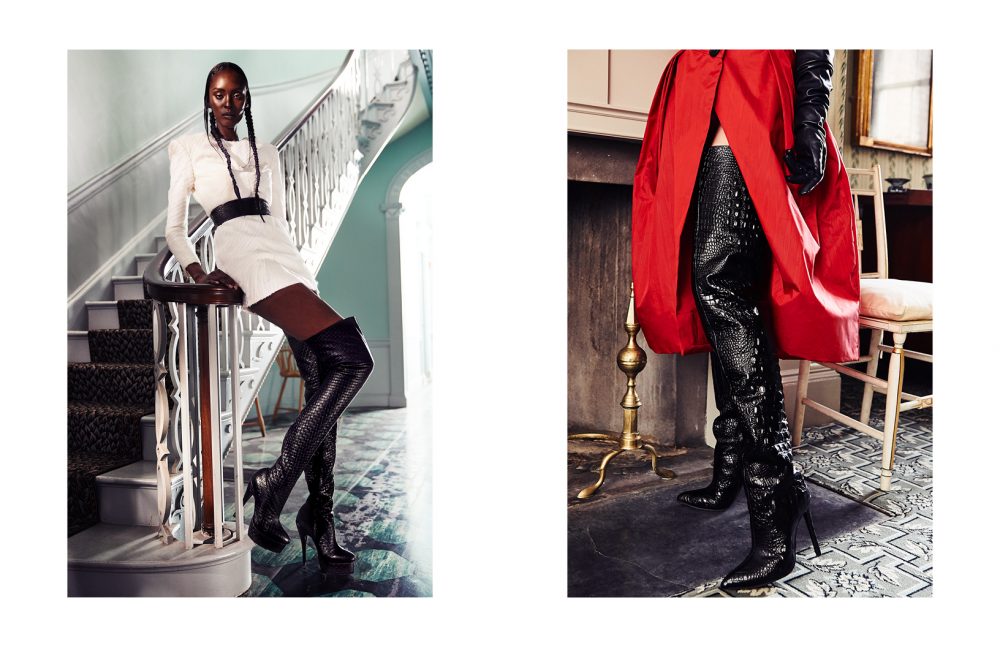 How do you think your history in sculpture influences how you approach shoe design?

As a student at the School of the Museum of Fine Arts, it wasn’t what I intended to do. I was focused on photography and I usually find that I top off my shoe collections with a video and that photographing the collection is nearly as important to me as the conceiving and creation of the shoes themselves. This is because the shoes are part of a story, and telling the whole story visually is also important to me.

It was actually a sculpture class that triggered my interest. We were told to flip through magazines and try to pull imagery that spoke to us. I came upon a Time Magazine with a black and white image of McQueen‘s famous armadillo shoes from Plato’s Atlantis. The shoes were so evocative, so intentionally sculptural. These shoes were simultaneously sculptural and functional. McQueen solidified the contemporary marriage between art and fashion. I was hooked on the idea of fashion as art, fashion as storytelling. Then my brand kind of slowly evolved from there.

Your collections have a lot of fantasy and dark magic inspiration. When did you first become interested in these topics from a fashion perspective?

I was raised by women. My love and admiration have been ingrained in me since I was little. As a child, I was always drawn to the strong heroine depiction. It was never Batman or Superman. It was either a character such as Buffy the Vampire Slayer, Poison Ivy, or Charlie’s Angels. A strong woman with an epic pair of high heels boots kicking a man’s ass always gave me goosebumps. 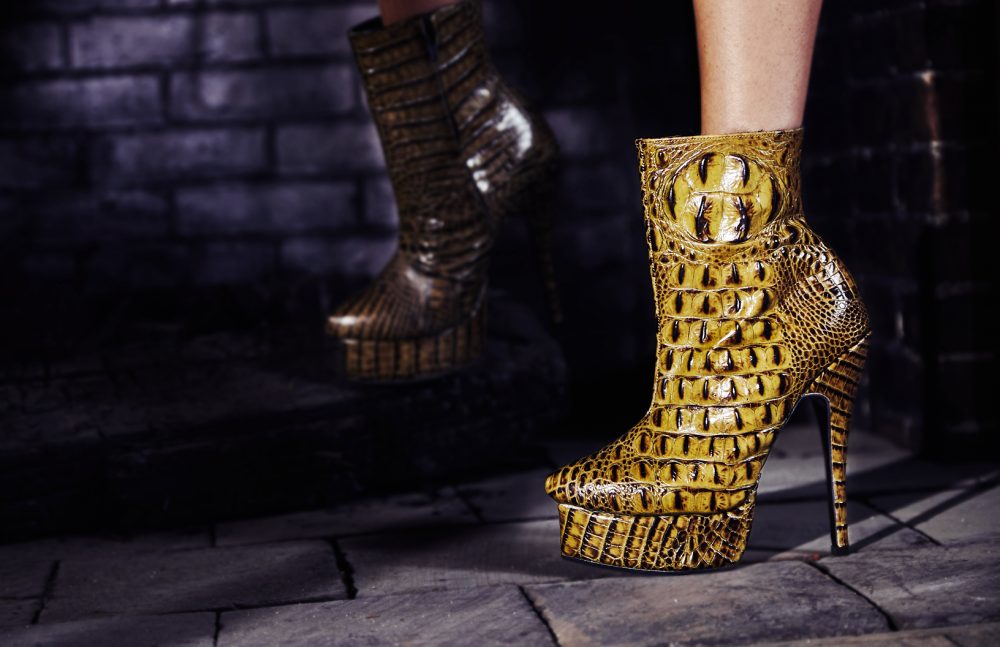 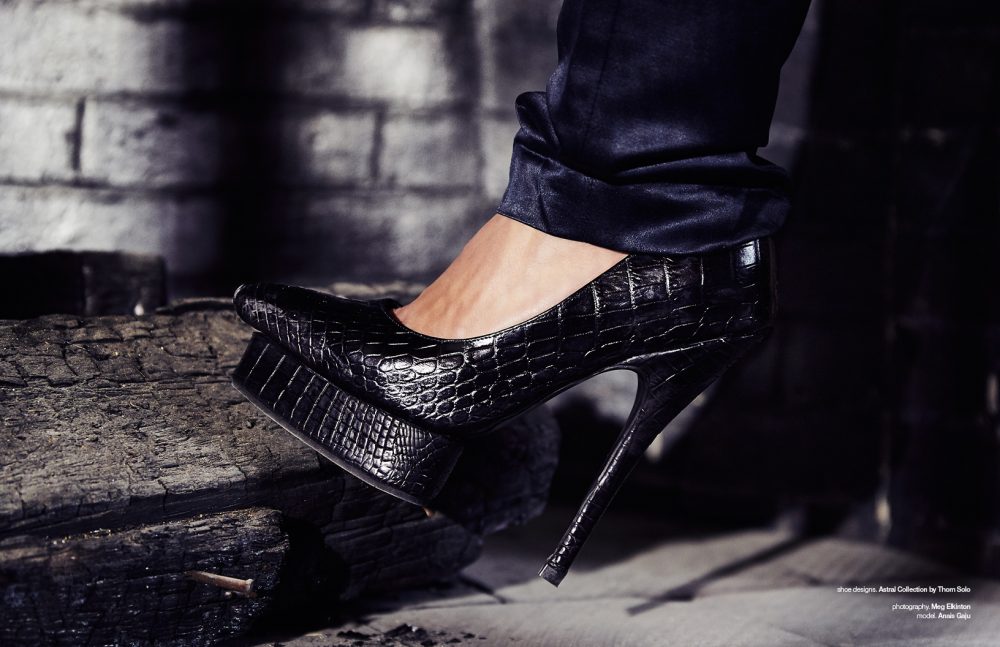 Let’s talk about the collection. How did you land on the name “Astral Collection”?

My collections are often influenced by what is going on in my life. That being said, I also love to take the opportunity to retell a story adding some glamour and science fiction aspects. I always have in mind the aim of exposing the misogynistic narrative that our culture continues to perpetuate even in the face of powerful movements for change. I have been collaborating with the Peabody Essex Museum, and the historical narrative of Salem just spoke to me in terms of inspiration for this collection.

What themes do you see tying all of these pieces together, and how did you first come to these themes?

Music plays a powerful role in the process. A particular music track triggers imagery that I play with and the stories I create. My experience is that I become entranced by a track and it creates a mood and I listen to it over and over and over. But a constant theme for me is creating pieces that are a catalyst for conversation. Women don’t need fashion to be powerful; my designs are there to just highlight the power that women already have. An article of clothing or a pair of shoes can also become armour, a statement for a woman as she engages the world and declares, “I am here”.

What does it mean to you to be a part of the Gender-Bending Fashion exhibition at the Museum of Fine Arts Boston?

Being a part of this show was truly a full-circle moment. It was an honour to be part of this tremendous and path-breaking show at the MFA. I went to the School of the Museum of Fine Arts and back then some in the school were resistant to seeing fashion be included as art. The world of art and the world of fashion have been undergoing a transformation and many museums have led the way by embracing the fashion world, seeing fashion as creative expression, wearable art and as much commentary and reflection of cultural dialogue as other mediums. As a student at the SMFA, we had constant and open access to the MFA. I went into the museum constantly over the years that I was there… It holds legends within its walls and to have my work shown there is truly an amazing experience.

How does your creative process differ when designing for one person in particular, for example, Lady Gaga?

I think the same process applies to almost every client I’ve had. With my brand, we design for the woman who wants to have a moment, her unique expression of her sense of self, her style, and her statement. All women deserve to have a moment. And somehow, shoes have always been the punctuation mark for how we express ourselves. They reflect more than our practical needs of the day. They can express our aspirations, our whimsy, and our sense of self, whether it’s running her empire, performing at the Grammy’s, or taking care of her children. With my brand when you get a pair of shoes, you’re not just getting an accessory; you’re getting a piece of the story being told through the collection. 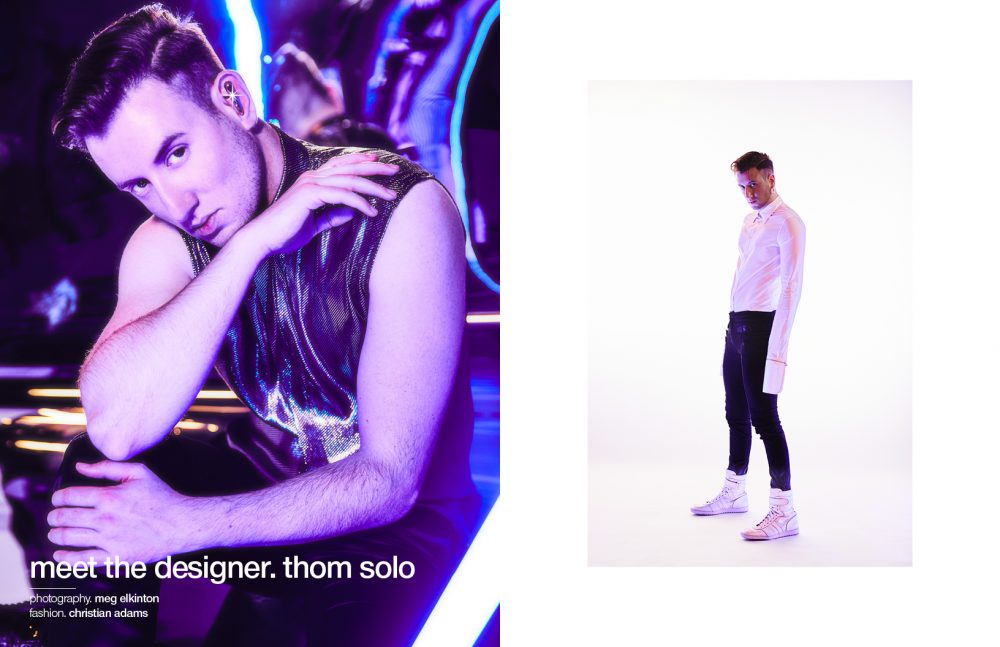 What has been inspiring you lately?

I have recently been trying to go back to my “classics” in popular culture: the original influences like Diane Keaton, Sophia Loren, and Isabella Rossellini, Etta James… These women had a way of declaring their presence, their fierceness, vulnerability and womanliness all at the same time. I feel fashion is currently so fast-paced and often losing track of why the brand began. With my brand, I try to keep my conceptual conversation married to my design process.

Is there anyone, in particular, you’d love to collaborate with in the future?

I would absolutely die to create shoes for Diane Keaton and Adele. That is my dream dinner party. And in terms of brands, I really would love to create for Alexander Wang. His visuals are so strong and sharp, but also have a sense of the whimsical. I appreciate that he loves comedy, and in this world today we definitely need to laugh more.

What can we look forward to coming next from Thom Solo?

I’m hoping in the next few years to bring my brand into the mainstream and be selling to women all over the world. It’s definitely a tough process and moving forward bit by bit. But I think we are on the right track. 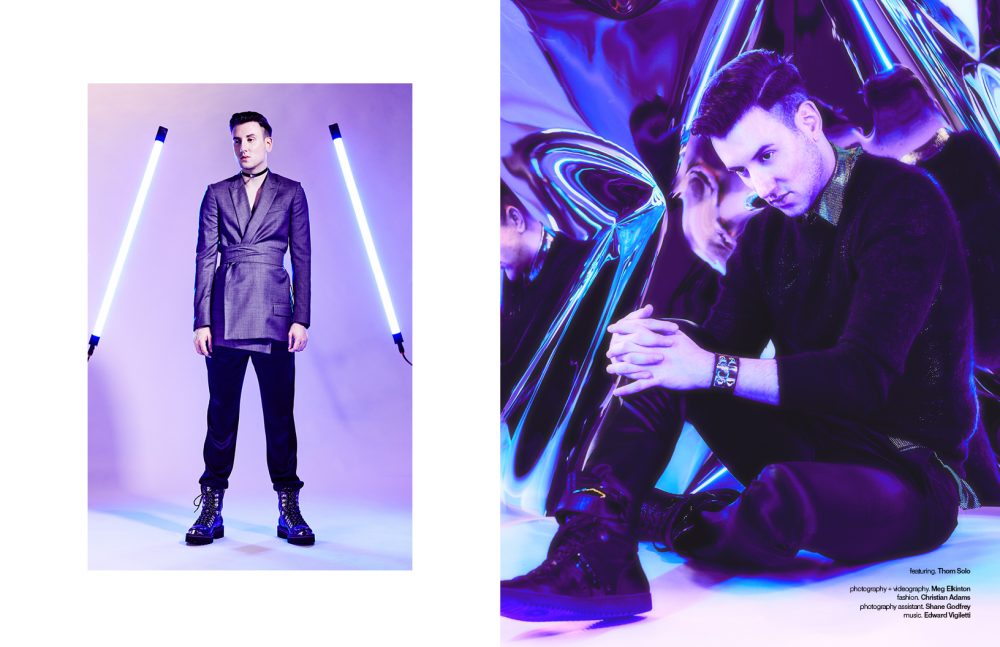