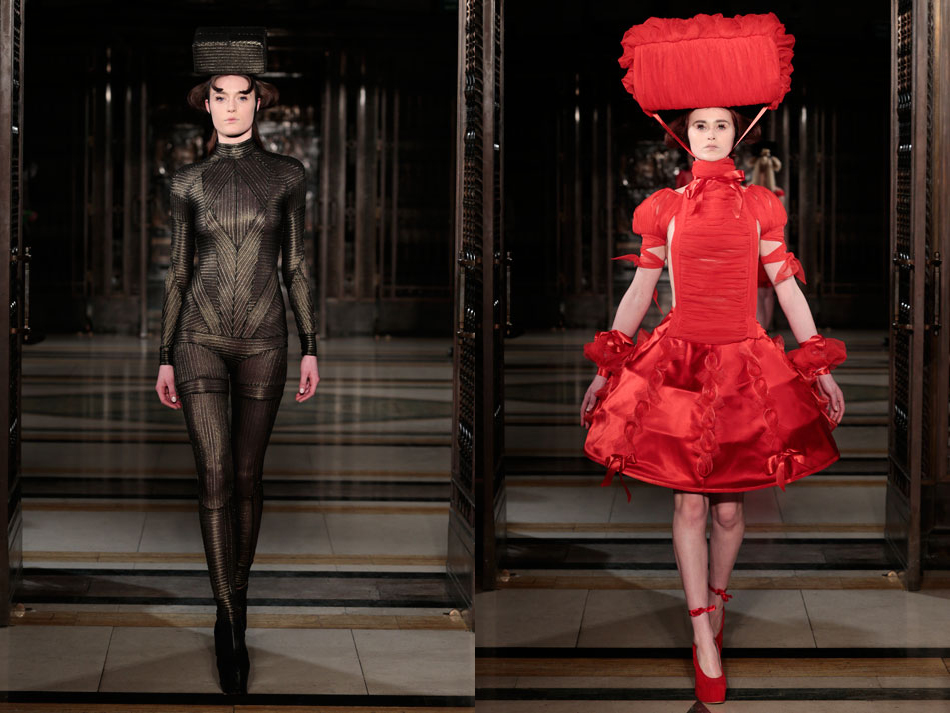 The iconic Pam Hogg is known for being a designer with a difference. Her collections ooze rock and roll and a spirit of rebellion. Hogg will never be a conformist and she does not take notice of trends. She has always been very involved in the music industry and was previously in a band which supported Blondie. Her avant garde designs have been worn by artists such as Rihanna and Lady Gaga. Her clothes have been making waves in the fashion and music industries since she started gaining attention from wearing her designs when out and about on the London club scene. Hogg was kind enough to spare a few moments to speak to Schön! in the run up to her AW13 London Fashion Week show. 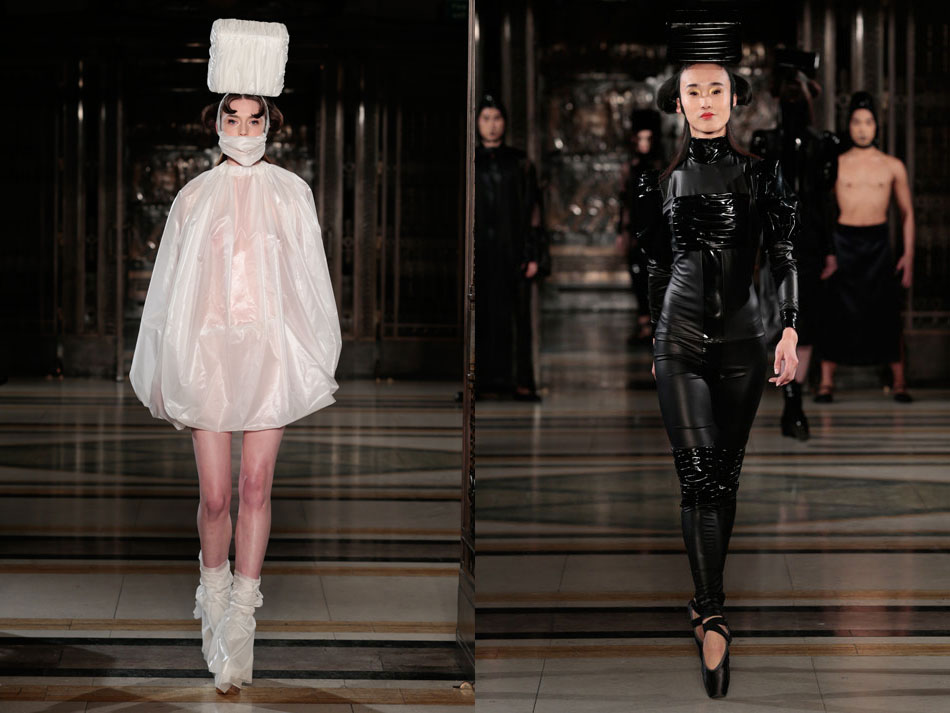 Some of your designs have been considered outrageous. Do you think fashion should be shocking?

I think fashion should have substance and innovation. It should be interesting and/or simply beautiful. I design because I’m compelled to create and that means going beyond the norm so my clothes are considered outrageous. I don’t deliberately design to shock but I push the boundaries.

Your collections also celebrate the female form. What are your views on the size zero debate?

When people used to come up to me and say in a derogatory way that I was too skinny I found it offensive as I had to eat in excess of what I desired to maintain my weight. Some girls are just naturally skinny and they’re beautiful, but it pains me to hear that larger girls are told to diet as they can lose their character along with the weight loss. Some may be fitter for it, but with others it can be damaging, causing unnecessary stress and health issues at such a young age. I love having different sized girls on my catwalk and they’re all amazing.

What words of encouragement would you give to women who think that they can’t pull off a catsuit?

Choose the right one and be fearless!

How has the hype surrounding the cheeky display of Alice Dellal’s buttocks affected the brand?

I’m not really sure what the hype was. My collection was called ‘Save our Souls’. It was about stripping off the artifice, getting back to purity. It started with nurses in bandaging or stripped bare. Alice is awesome; she understands me and is always is open. She’s devastatingly beautiful with a flawless skin but it’s her character and fearlessness that I love most and it shines through.

Who are your biggest style icons – dead or alive?

Frances Farmer is the first who comes to mind.

What has been the main inspiration behind your latest collection?

It’s called ‘The Emperor’s New Clothes’, which is a tale about two weavers who promise an emperor a new suit of clothes that’s invisible to those unfit for their positions, stupid, or incompetent.
It’s about being complicit in lies; self censorship for gain. Collusion’s rife, from fashion to fascism. Colonialism’s rife. I’m not politically outspoken but I say it through my work. I heard on the news that a city in China has a devastatingly high pollution count but is calling it smog. They now have the cash so it’s the blind eye syndrome.

It’s also about the recession and waste. I’ve reintroduced archive pieces that have never been on my catwalk, so a few are reworked. The first things I started playing around with took on an old colonial feeling and the collection unfolded from that point, with the word Emperor eventually taking the collection forward.