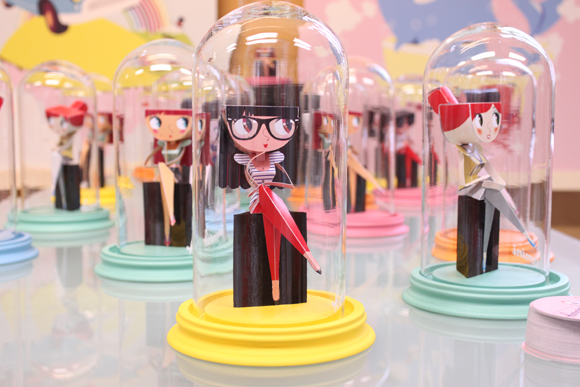 It was never any question that Hermien Verstraeten aka Hermini would one day work as a designer/illustrator/animator because she says, “I painted, drew and designed things all the time, so it was a natural choice.”

After graduating from the Royal Academy of Fine Arts (KASK) in Belgium in 2004, where she studied animation, Hermien worked for an animated feature film entitled ‘Brendan and the Secret of Kells’. Since then, she has worked on several Oscar-nominated animated films and has done illustrations for various magazines. Her impressive client list includes Eastpak, Ketnet, Het Nieuwsblad magazine, the Ghent International Film Festival, and Comic House. Hermien says that she gets her best ideas by observing people because they “inspire me; what they do, how they move, the things they say.” 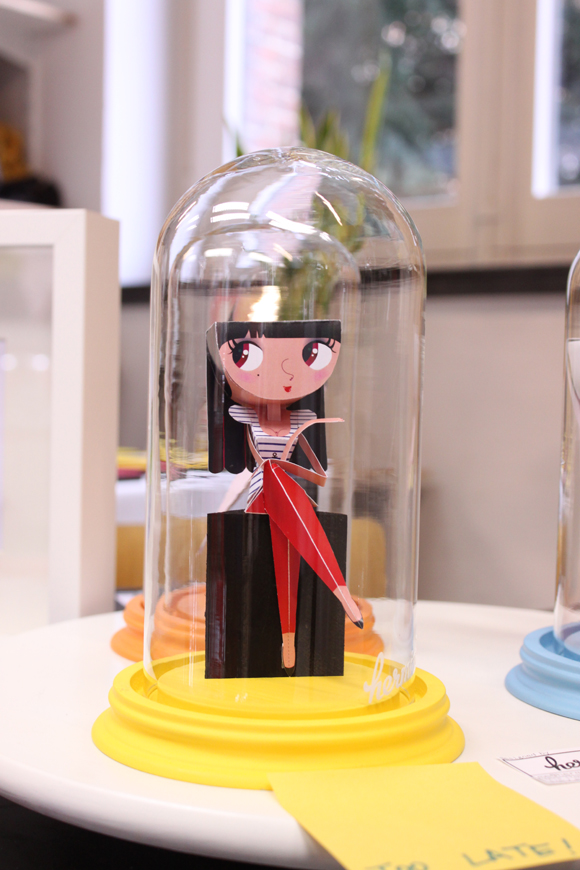 We at Schön! love her innovative ‘Papertoy Ladies under glass dome’ series, which consists of five different paper ladies that have been designed and folded by hand. Hermien first came up with the idea when she visited a paper art exhibition in the Netherlands a few years ago. Blown away by all the amazing things one could do with just a simple sheet of paper, she soon created the Papertoy Ladies. They were originally intended for her only, but Hermien’s friends were so excited about them that she decided to sell them as interior pieces instead. “They are a perfect way to bring some colour into your home,” she says.

In the future, Hermien would like to focus more on concept art and product design. She is planning to do a few projects for children such as designing the characters for an animation TV series as well as creating a new Papertoy project. Moreover, she will do illustrations for WOOTINI. To find out more, please visit http://www.hermini.com/.