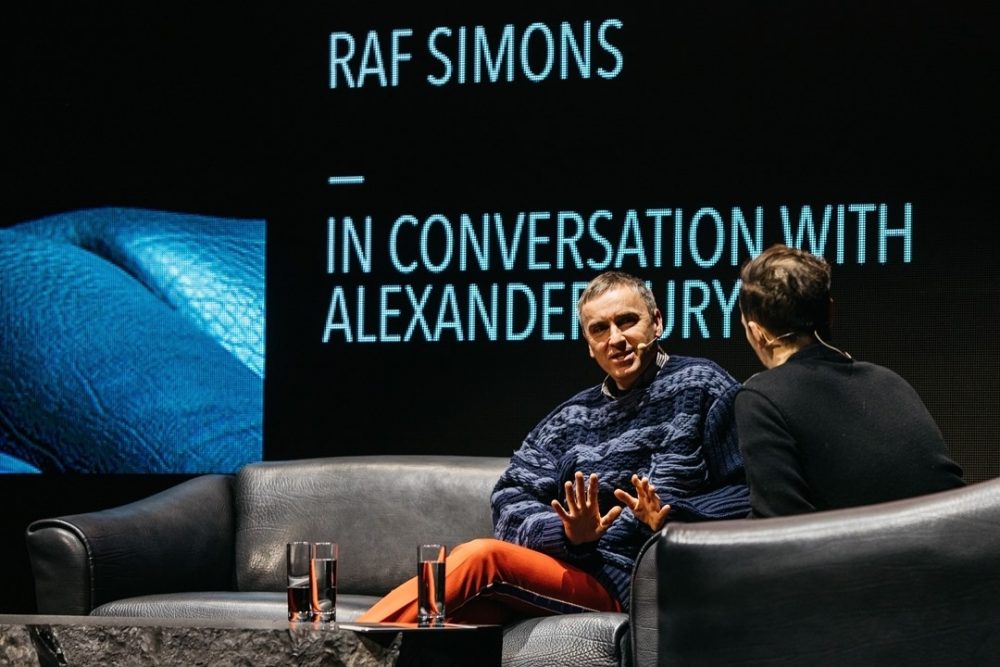 You might not think of Belgium as a particularly directional country but, thanks to the Royal Academy of Fine Arts in Antwerp, that has changed. The institution has been one of the key leaders making Belgium a country of innovation and experimentation. It is also the home of some of the world’s most desirable diamonds and jewellery makers.

In the ’60s and ’70s, Antwerp developed an exciting, internationally-orientated arts scene, with avant-garde galleries such as the Wide White Space, bringing emerging artists such as Joseph Beuys, Marcel Broodthaers, and Panamarenko to the public’s attention. In fact, Flanders and imagination go hand in hand, and Antwerp has been firmly on the world fashion map since the Antwerp Six bounded onto the scene in the ’80s.

The six young, avant-garde students — namely Dries Van Noten, Ann Demeulemeester, Walter Van Beirendonck, Dirk Bikkembergs, Marina Yee, and Dirk Van Saene — met whilst in college, and ripped up the rule book of the safe clean lines on which Belgium fashion had previously thrived. Their new wave of progressive design, cemented the Royal Academy of Fine Arts, Antwerp as one of the most influential fashion schools in the world. 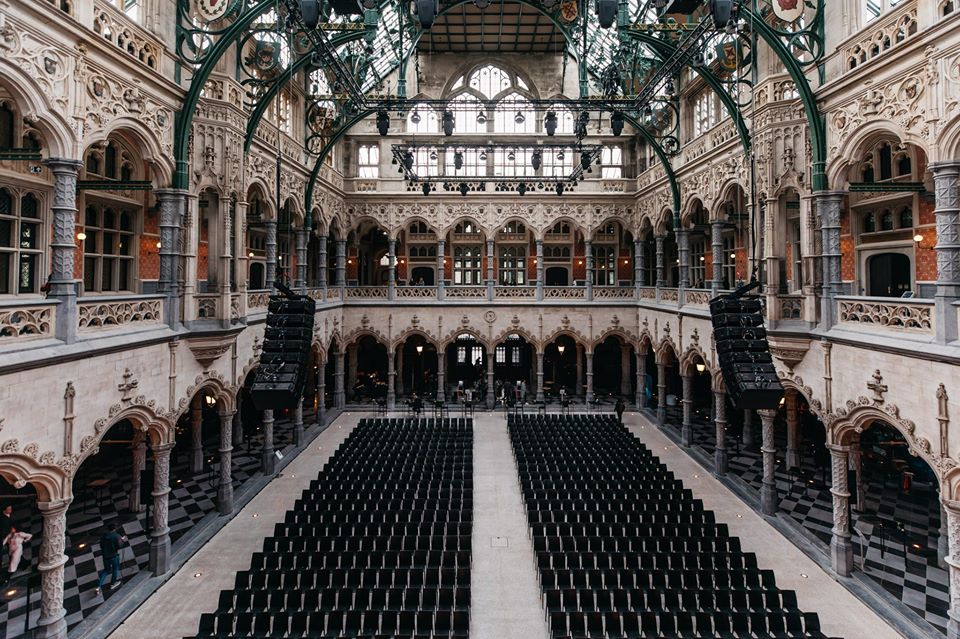 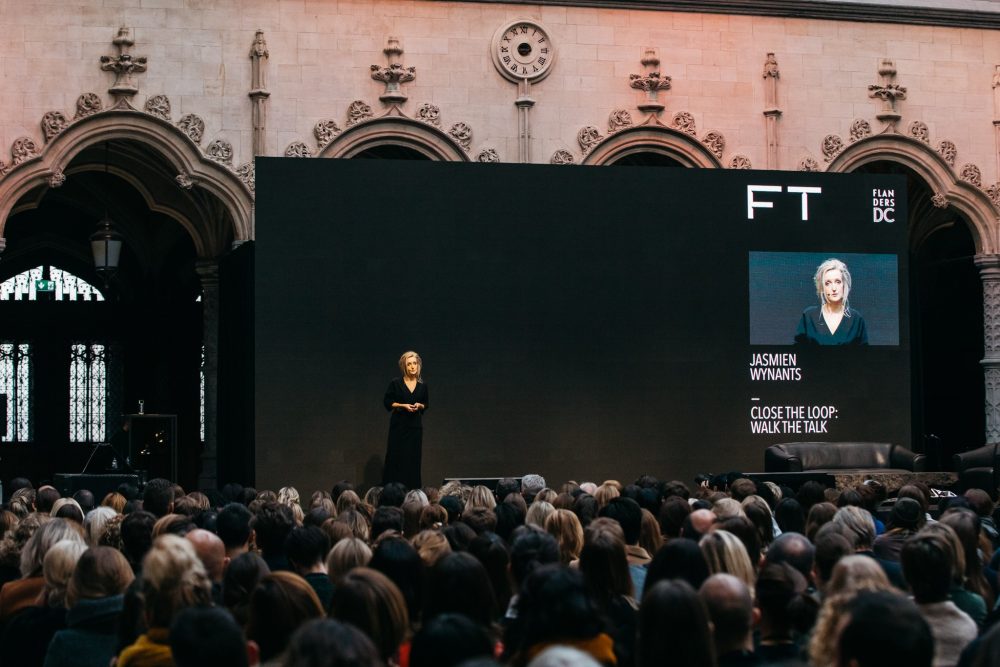 In 1988, the group decided to descend, uninvited on London Fashion Week, and rented a booth on the fourth floor among the bridal wear at the British Designer Show. However, no one paid much interest to their off the wall designs on the first day, so they decided to create an eye-catching flyer to attract buyers’ attention and drum up some visitors for the rest of the show.

With a combination of Van Beirendonck’s bold graphics, Van Noten’s exotic fabrics, beaded saris and dyed skirts, and the lavish Marie-Antoinette crinoline gowns and leather S&M suits, the buyers slowly trickled in and were besotted. Interestingly, it was only because of the impossible pronunciation of their Belgian last names (for Anglo-Saxons) that they were baptised the Antwerp Six.

Now relishing a reputation for its radical vision of fashion, it is no wonder that Antwerp has established itself as a hub for the bi-annual Fashion Talks, which is organised by creative hub, Flanders DC and the fourth edition took place in the stunning renovated ‘Handelsbeurs Building’, which was the city’s original stock exchange.

Bringing leaders, consultants and tastemakers from around the world, for the one day event, over 800 guests were present to hear interviews, talks, and workshops from Els Keymeulen, fashion director and columnist for Feeling Magazine, to Fashion Director Alexander Fury, who interviewed Raf Simons for the first time since departing Calvin Klein. Simons is a major player on the fashion scene, having shaped and reshaped the industry for almost a quarter of a century, covering creative stints at Jil Sander, Dior, and Calvin Klein. He founded his own directional label in 1995 and is renowned for setting new goalposts in terms of how fashion perceives masculinity. 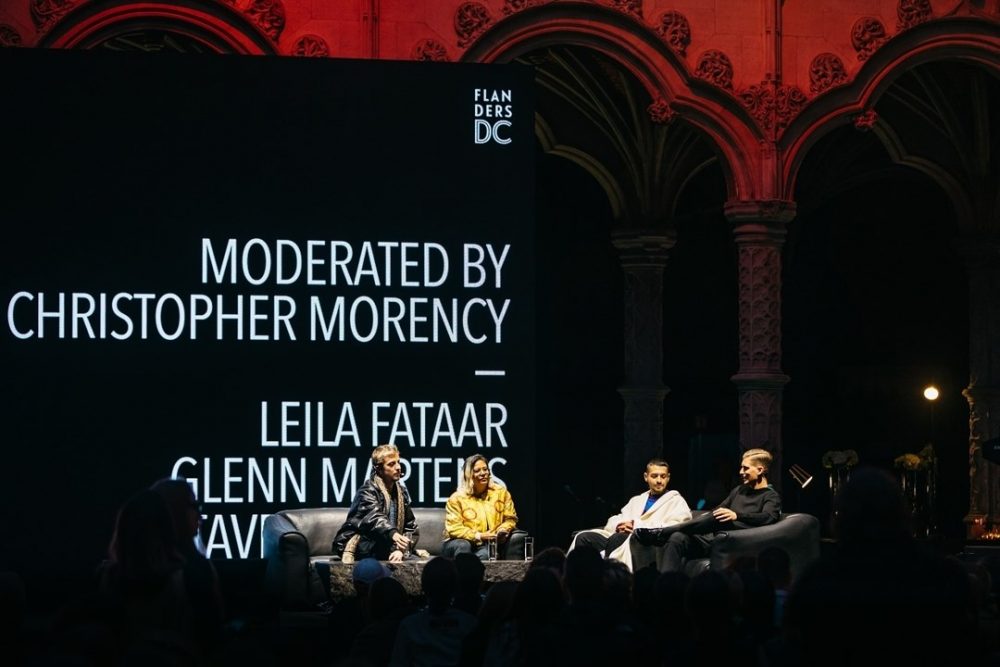 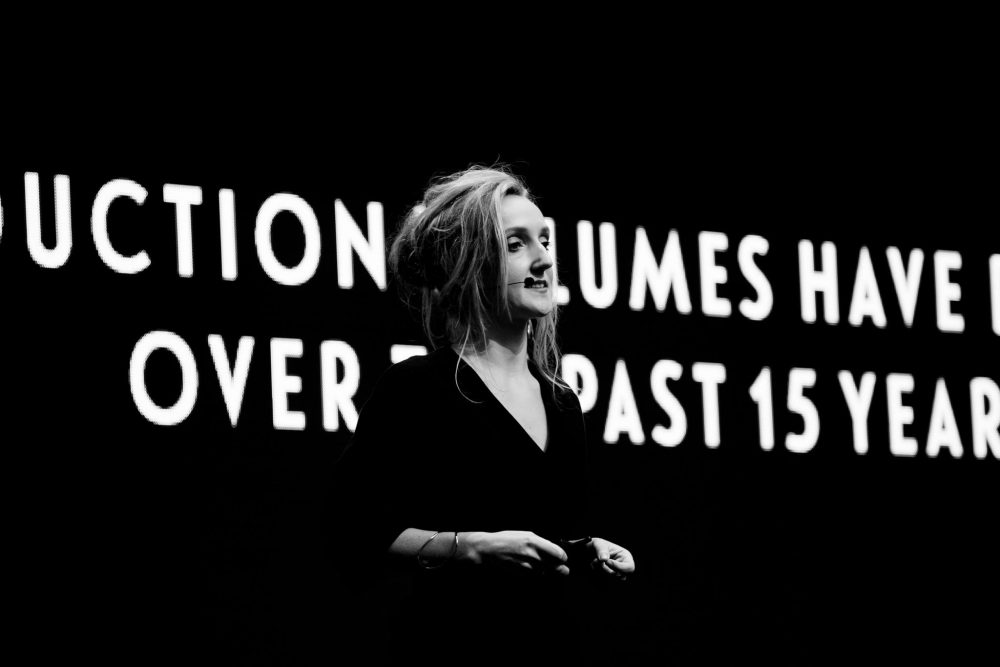 Talking candidly with Fury, he admitted he was looking towards the future and wants to remain a disruptor and anti-fashion fighter. “I want to stay young in the way of thinking. I don’t want to give in – so many brands gave in. They start out so interesting, then at the end [they are] commercialized, and it becomes a very flat kind of business.”

“For my brand, I want to keep on having that typical emotion that I am constantly seeking for, and that means that you sometimes have to give things [that people] won’t like or won’t be ready for, but at least it will create a tidal wave because it’s going to make them think about what it could be.”

Further topics such as diversity and technology, were covered by futurologist Lucie Greene, who made some predictions about trends and consumer behaviour for the coming year; with a clear trend emerging that companies have to take more account of different target groups and must strive for diversity. “Diversity in all its forms will break into mainstream culture by 2020, and campaigns are also increasingly seeking models of real skin conditions such as psoriasis, acne, cellulite or stretch marks.” 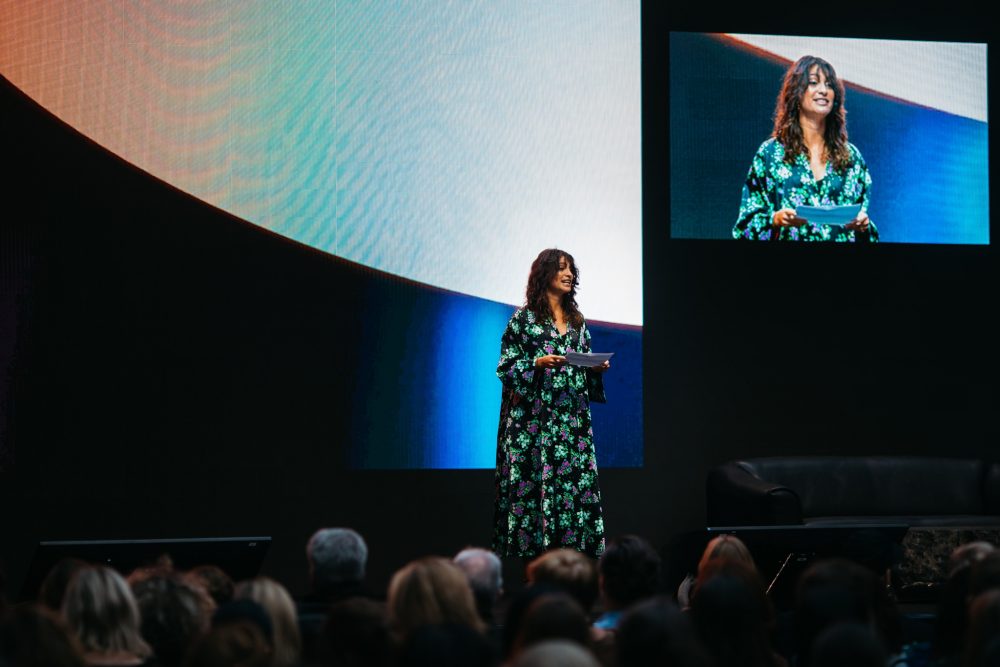 She also noted that companies are embracing social platforms to promote their brands, with Rihanna‘s Savage x Fenty catwalk show streaming on Amazon Prime. “Retailers who want to appeal to Gen Z must realise that they are dealing with conscious consumers,” said Greene. “They love vintage and unexpected categories such as anti-consumption brands, and are tech-savvy; getting initial contact on games and apps, then meeting up on Fortnite”.

As “fashion is the second most polluting sector in the world,” Elin Larsson from Scandinavian brand Filippa K, discussed how brands should invest in sustainability to consider the future of the planet, and how Filippa K hopes to use only sustainable materials along with a completely transparent production process by 2030 — which is complemented by the mantra of “buy less and buy better.” She would like to see all brands integrating values into their philosophy, as “without values, they stand for nothing.” Furthermore, she commented on the meaning of luxury, and longevity. If prime brands are charging superior prices, defining luxury needs to be transparent, with the context of cultural credibility remaining a challenging conundrum. 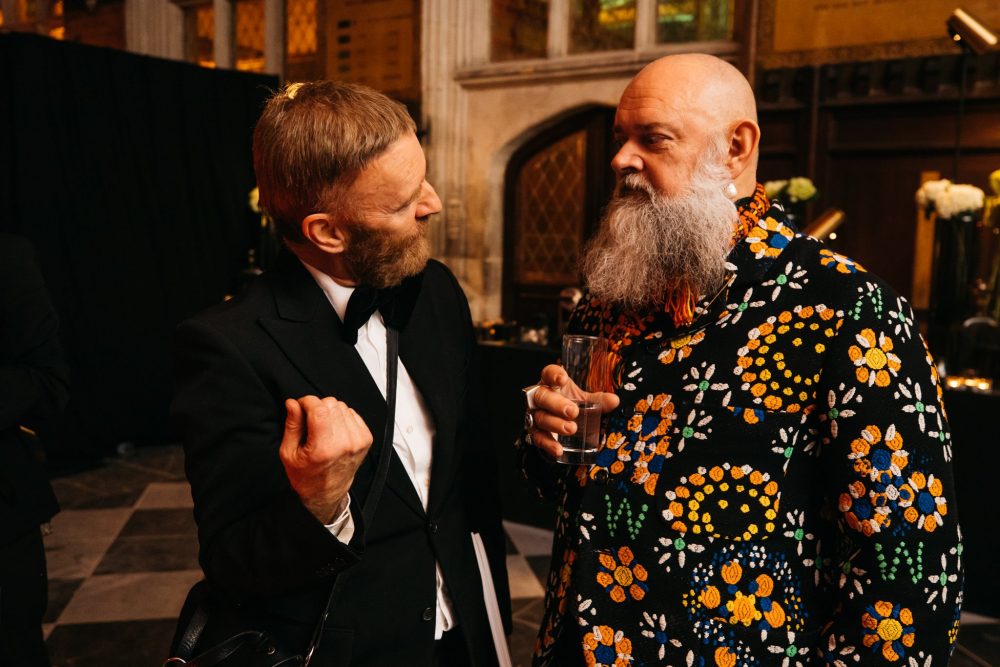 Editor at Large of Highsnobiety, Christopher Morency, chaired a discussion on “What is Cultural Credibility today?” Along with Stavros Karelis, founder and buying director of London’s independent concept store Machine-A and SHOWstudio, Leila Fataar from multidisciplinary, creative marketing agency Platform13 and Glenn Martens from the Parisian based label Y/PROJECT.

The interesting collaboration between this cross-section of decision-makers and industry leaders, examined the expansion of the current influencer marketing, which has turned traditional content on its head — culminating with fashion shows losing their dominant appeal. Marketing is now mainly powered by social media and designers should embrace the constant stream of cultural content and integrate their vision into fashion’s ever-evolving cultural landscape.

However, brands that try to place themselves as authentic to youth culture via strategy alone are inauthentic, and their corporate philosophy becomes more obvious and less organic. The way brands connect with their customers — both current and prospective — has got to face the challenge of being culturally relevant, whilst remaining genuine. “They need to understand that social media has the power to make consumers unhappy or lonely, and need to build communities where customers are welcome and can find a sense of belonging.”

After a full day of fashion industry consumption, the event ended with the Belgian Fashion Awards, live music and a party, which left industry professionals, press, fashion editors, buyers, brands and consumers with something to mull over until the next edition.