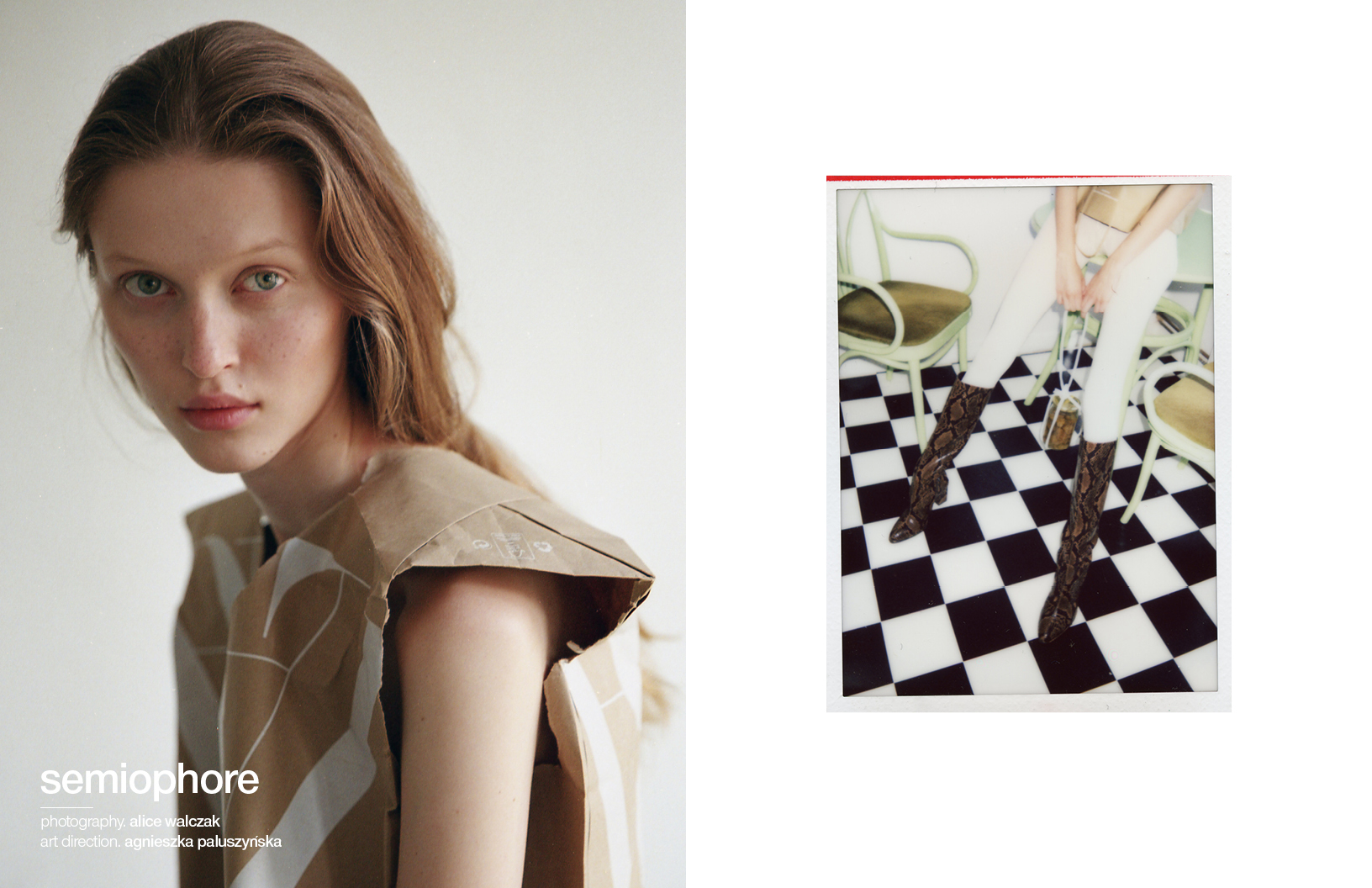 Photographer Alice Walczak, art director Agnieszka Paluszynska and mode Livka team up to bring this Schón! online editorial, where all the garments were created by the art director from items available on a daily basis and used as semiophores, to life. The team also provided the following text:

“Krzysztof Pomian in his article ‘How to deal with the history of culture’, creates a new notion — a semiophore, which he defines as ‘an visible object with a meaning that has been excluded from the process of use.’ In addition, it must be placed on display. In this way, it is deprived of its function and decontextualized, which is necessary to define it as a semiophore.

‘This is because placing any object in a showcase, behind the glass, in an album, in a herbarium, on a pedestal, hanging it on a wall or on a ceiling, screening off a barrier, a string or a bars, drawing a line that must not be crossed in front of it, placing a guard or an inscription prohibiting from approaching and especially from touching next to it — all this imposes the attitude of spectators on people, who are nearby, persuade them to look at object and to rest their eyes on it. Often, the whole setting, which should draw attention to an object, contributes to it. This arrangement shows that contact with an object changes person, who is staring at it, because it enriches us with something that otherwise we would be deprived of.’

In this way, the semiophore becomes an exhibit. It undergoes transformation, which occurs mainly in art galleries and museums. In the case of our project, the transformation occurs when the object is placed on the model. By interpreting used objects as exhibits, we turn the model into a dummy. Presenting works, she serves functions analogous to pedestals or walls and artificially created scaffoldings on which works are placed. Aforementioned references consolidate fashion as an independent field of art.

However, used objects whilst losing their original function, gain a new one — they become clothes, thanks to which they are not deprived of their usefulness. Can they be called ‘semiophores’ then? Perhaps, it would be necessary to create an oxymoron in this situation — a usable or functional semiophore? It is certain, however, that these items — newspapers, bananas, jar, map, painting, paper bag, toast, dishes and cards — catch viewer’s eyes, giving him the opportunity to think about the definition and functions of an object in general.” 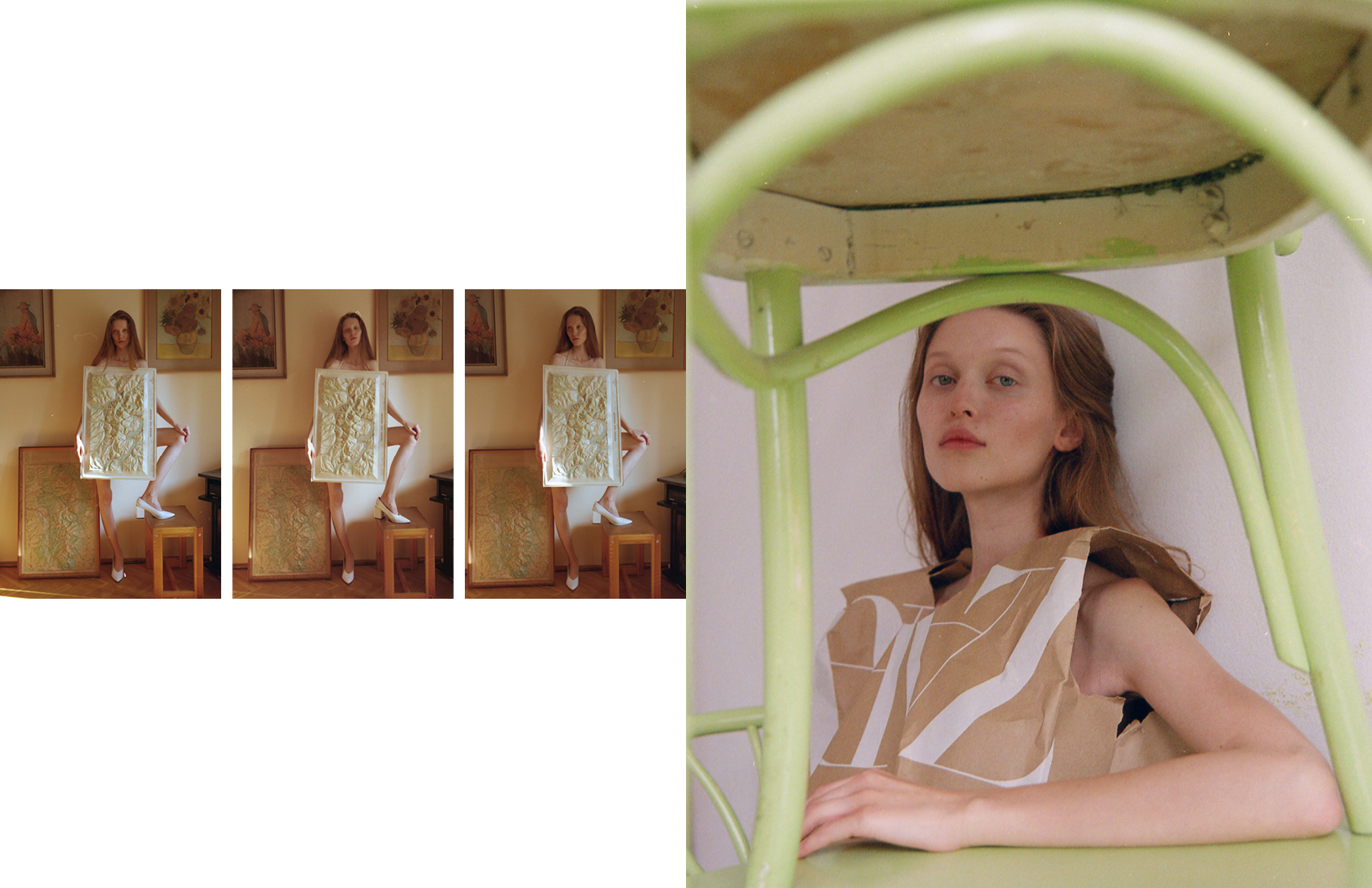 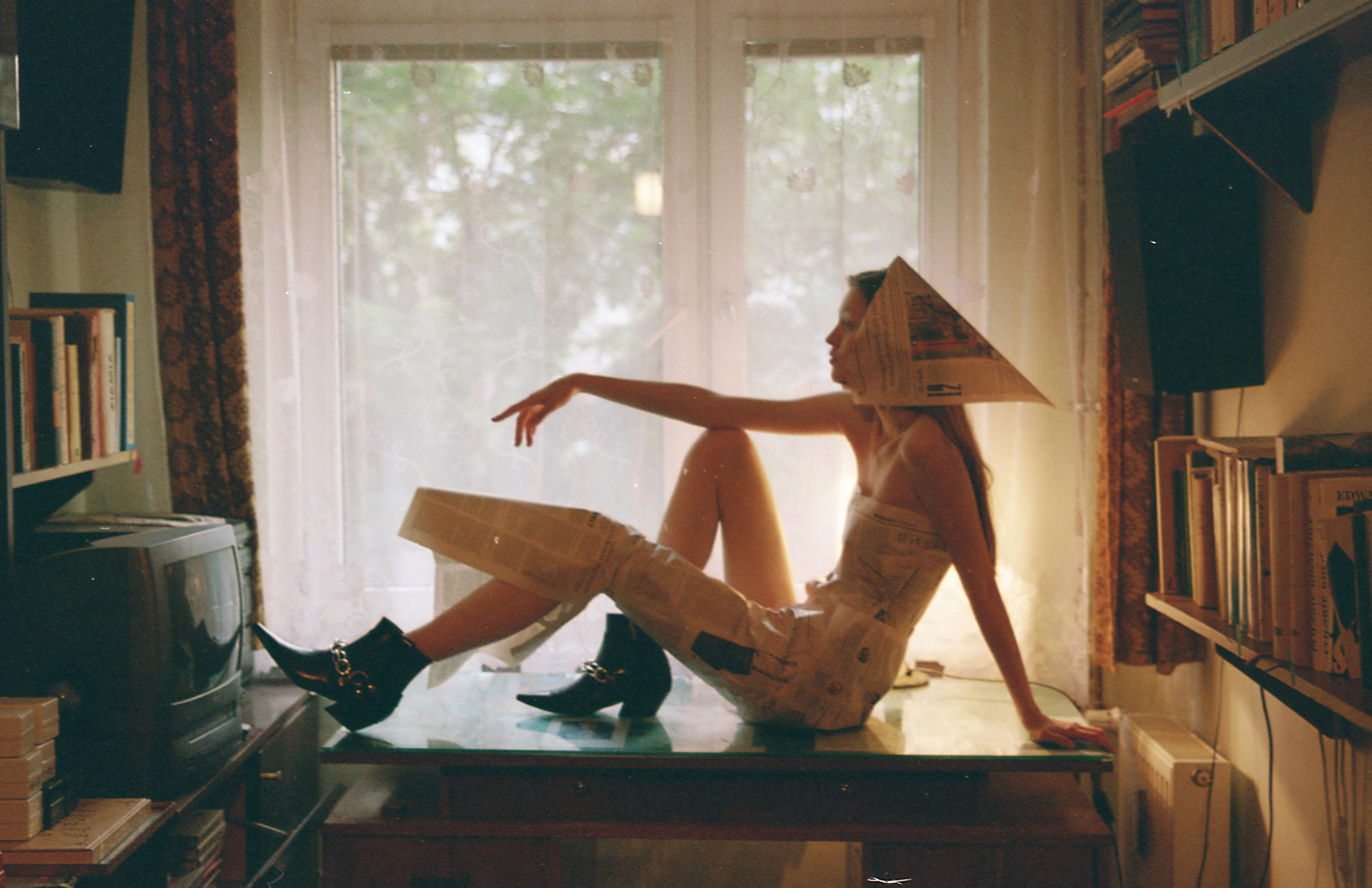 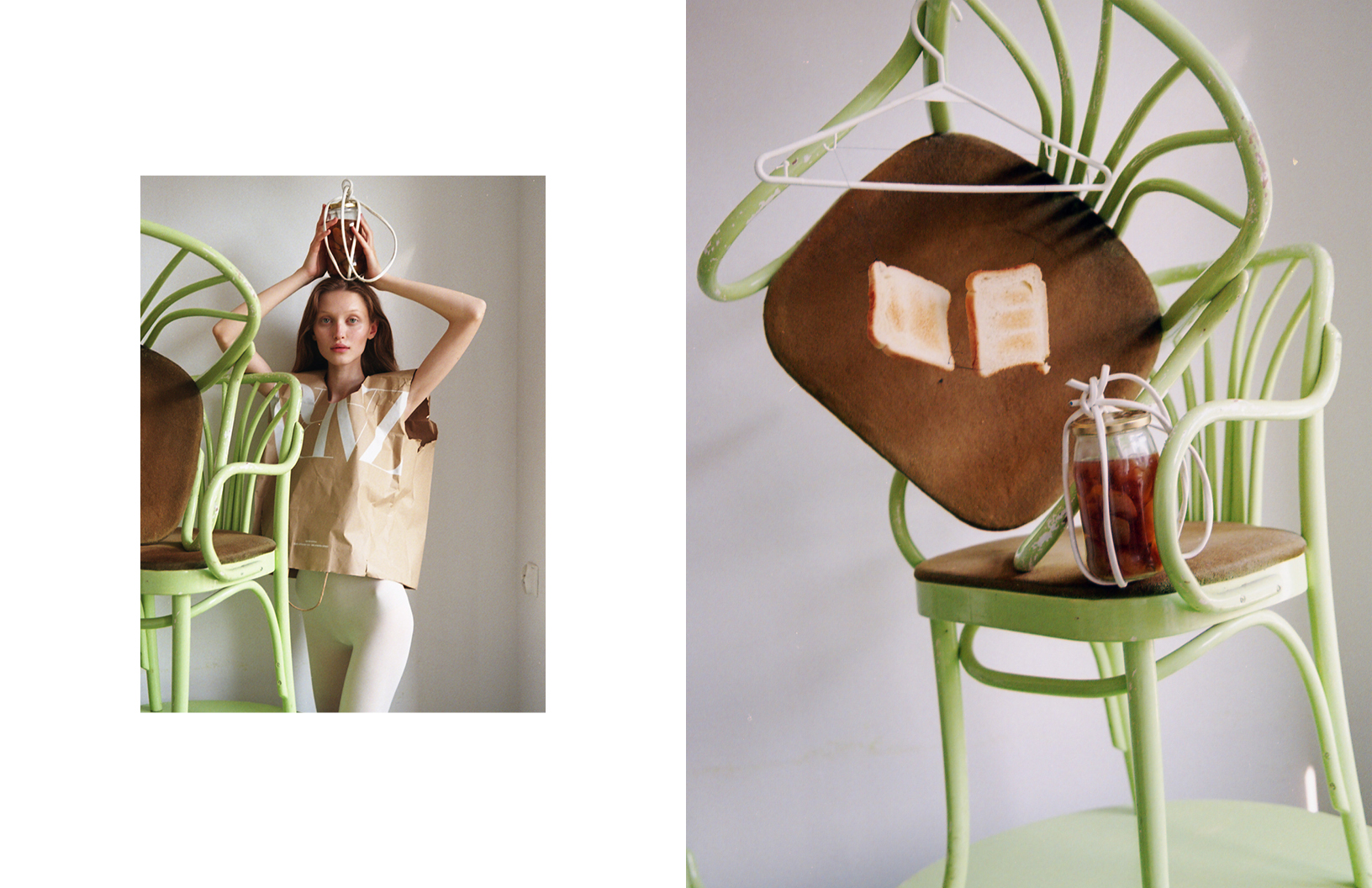 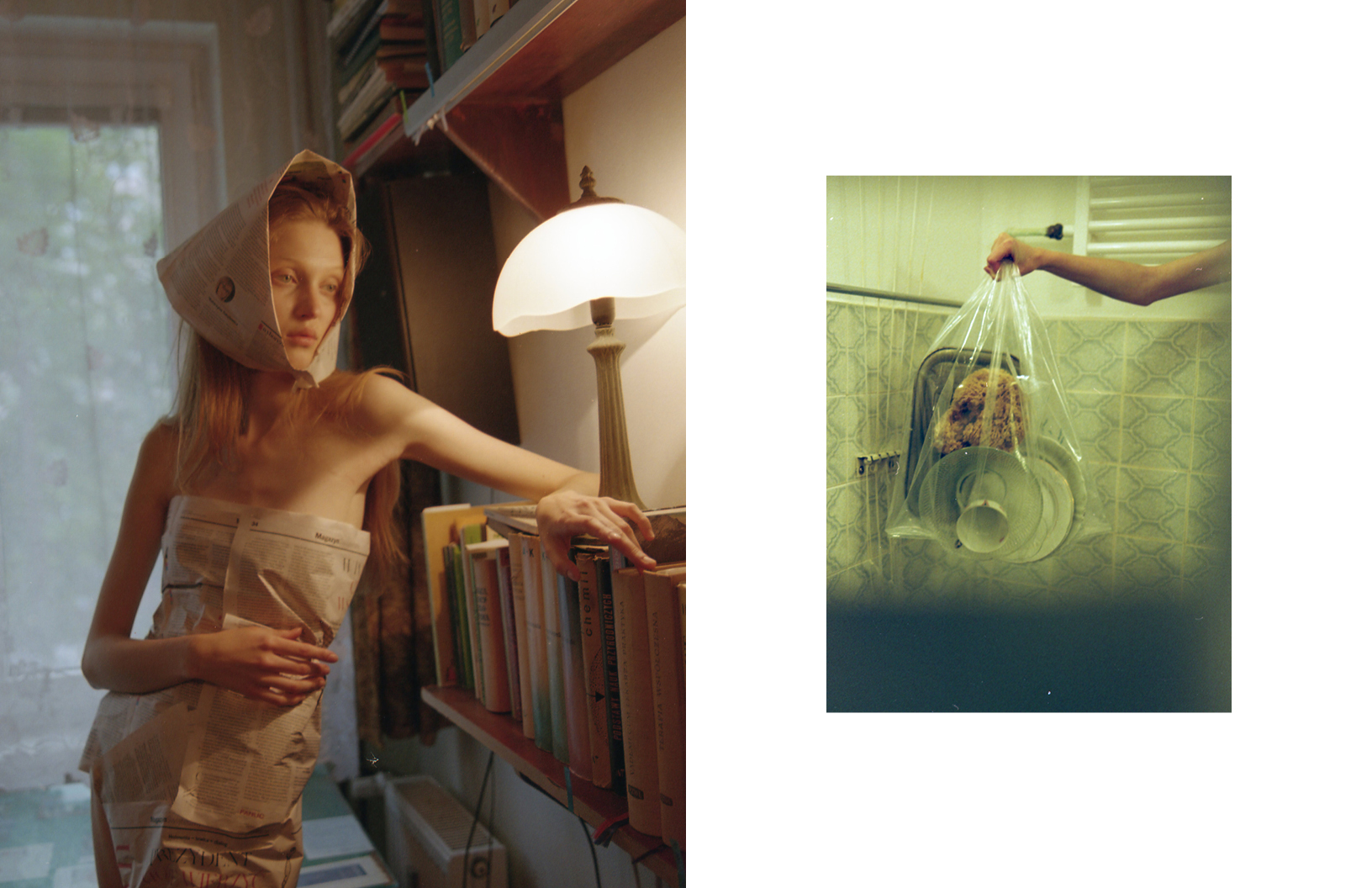 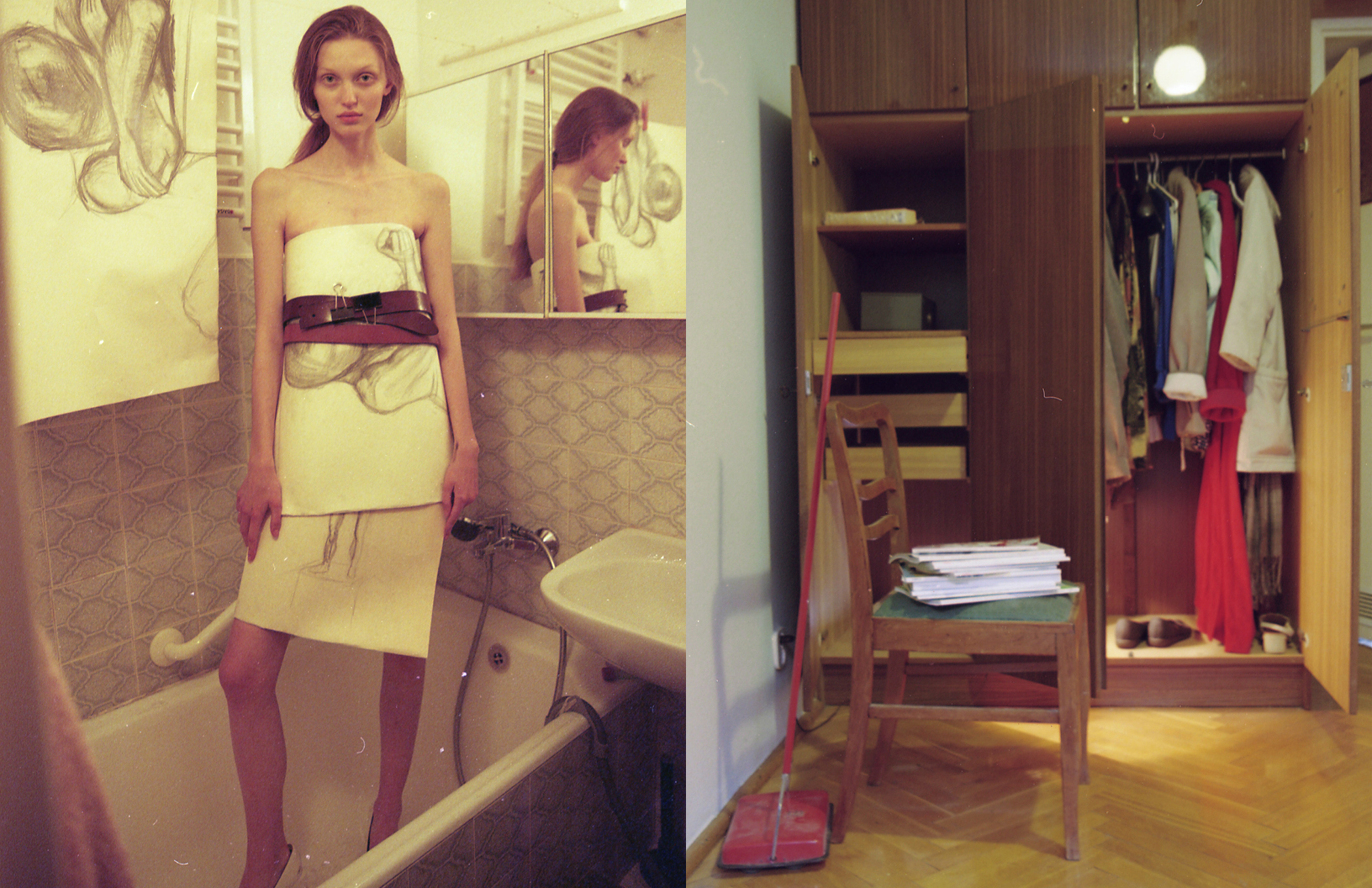 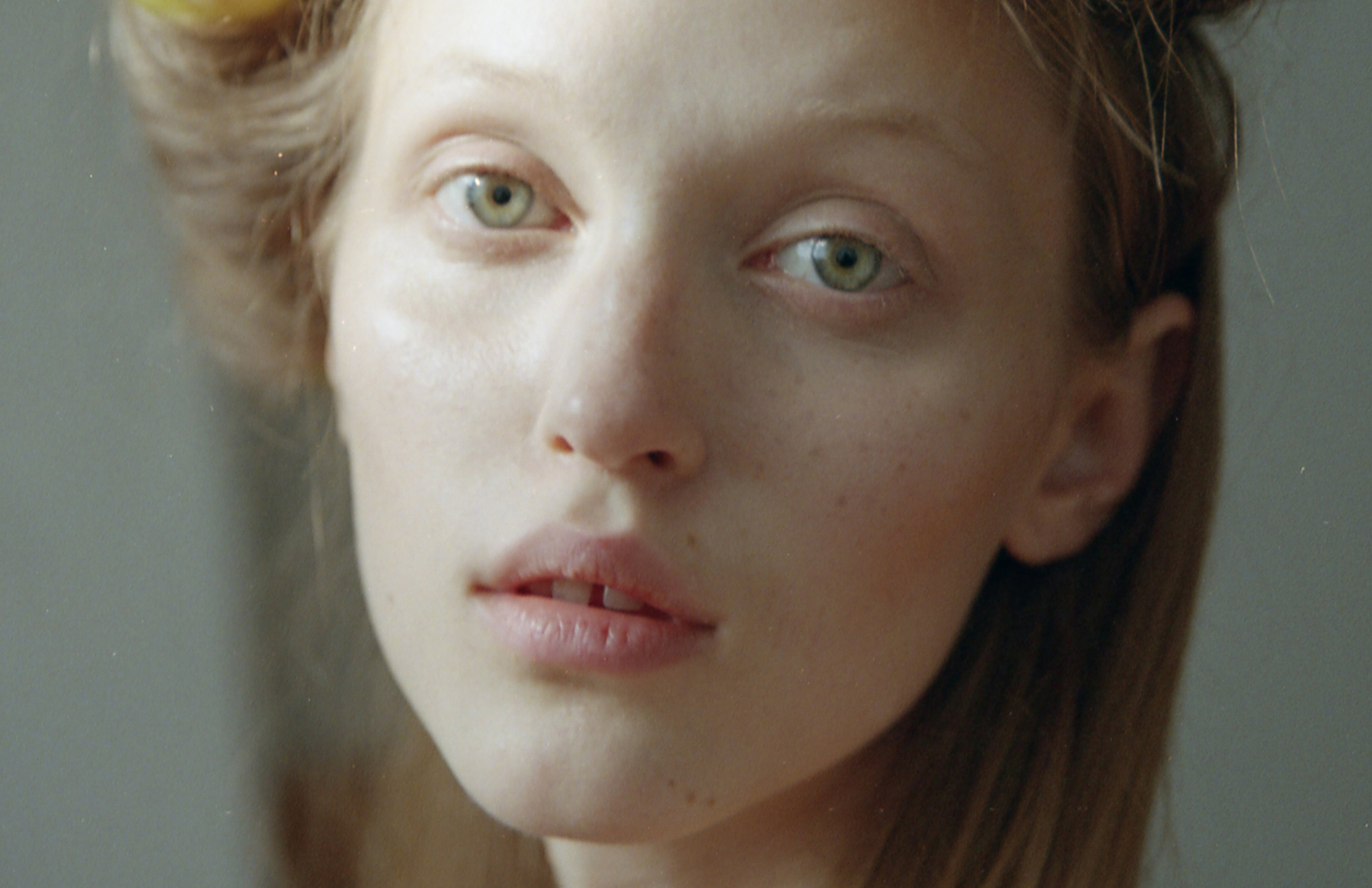 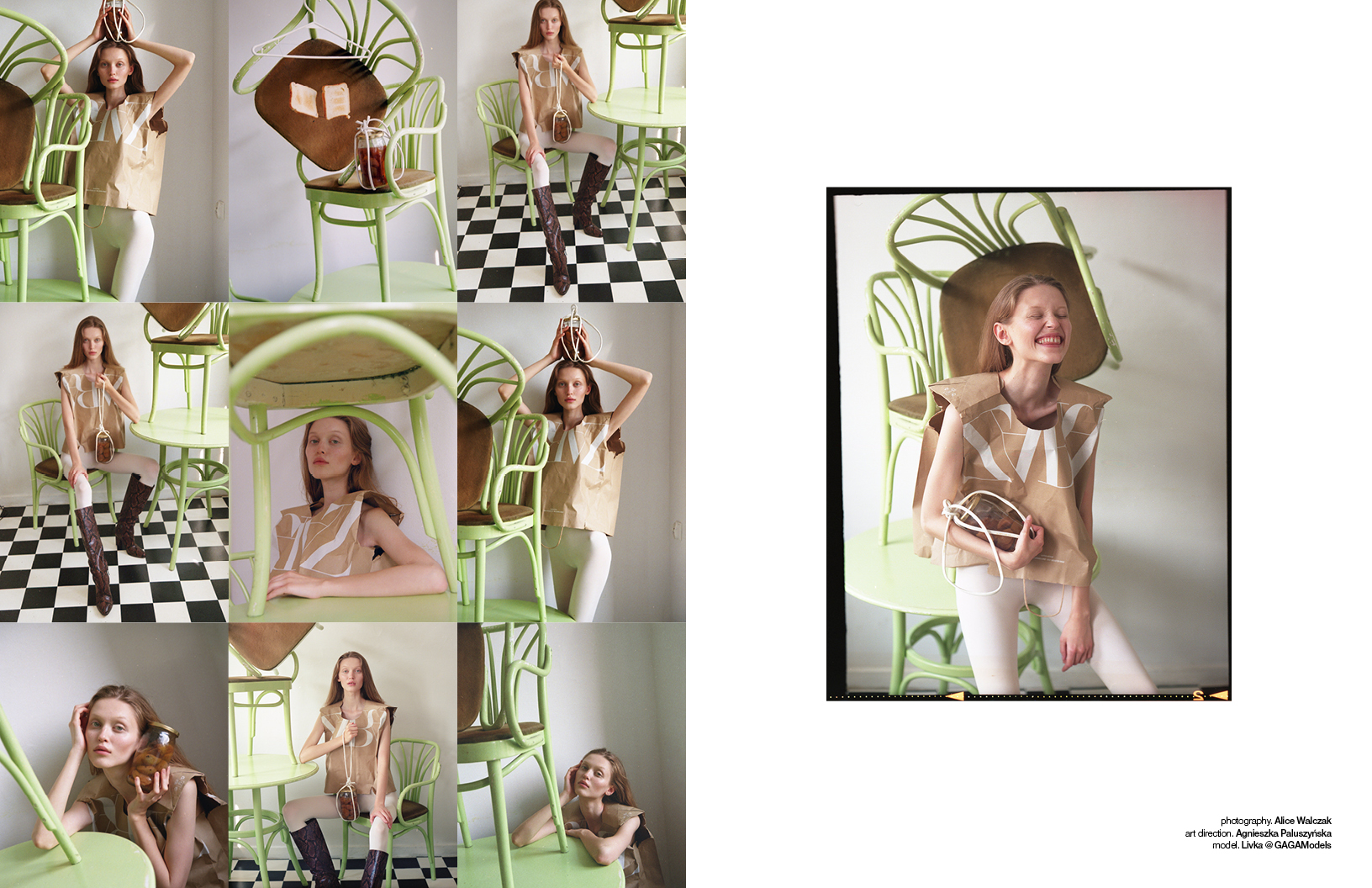