She’s the sultry songstress dropping jaws left, right and centre, she’s a digital pin-up, a pop star in the traditional sense and an icon in the making: meet Chløë Black. A worldly upbringing that split her time between France, Australia and LA, Miss Black is the original child of the twenty-first century, blending sources of decades gone by in a collusion of filmic, musical and socio-cultural references. From her Lynchian Wild at Heart video, Chløë now brings us an exclusive rendition of Novacane, premiering exclusively on Schön! We sit down with the retro artist to discover what’s on the books.

Being half-French and half-Australian, how did your cultural mix and international upbringing influence your work?

There’s a certain freedom that comes with being so displaced. I don’t have a ‘home’ in the traditional sense and the knowledge of each place I’ve lived in has gaping holes. Like I won’t know about all the TV shows people used to watch or past politicians. I think that makes me probably quite unpredictable and means that I’ve clung tightly to things that are universal like films and books. They have a birthplace but then their influence travels the globe.

The French influence has been important as I grew up listening to French music, watching French films and looking style-wise to the French bombshells of old. Australia I would say hasn’t really been an influence but I feel most at home in London and maybe that’s because it feels culturally familiar. Living in Hollywood and being sad as fuck whilst over there is a recurring theme in my work.

Speaking of bombshells, how did you build your image as a digital era pin up?

I didn’t know I was! But I’m certainly happy about that moniker. I love pin up but I also love that we now have the opportunity to take it from its roots in voyeurism to something more modern and empowering. The dichotomy of old and new is interesting to me.

In light of this fascination with representations of women, who are your top female role models?

Well, I just read about Hedy Lamar being a mathematician! I only knew of her as a gorgeous actress. Also Bettie Page is a role model for me because she really had this lack of shame about her body and sexuality that was decades ahead of her time. I look up to all the other females in pop music as well and find it fascinating and inspiring how they’ve managed to break through in such a ridiculous industry. This could be a really big list… I am definitely a girl’s girl.

In your experience, do you feel things are progressing for women in the music industry?

My whole life, feminism was presented to me as a bad thing. I thought to be feminist meant men were the enemy and was something steeped in anger and bitterness. I also was told that the women’s movement was over and that we were equal. It wasn’t until a couple of years ago that I realised that just isn’t true and I think this awakening has happened to so many of us recently and has been a catalyst for discussion.

Because of this, I believe that there will be more awareness and eventually things will change. For now it’s still really archaic. I know one female producer vs hundreds of males, the industry is really superficial and age obsessed when it comes to women. Things are about to change though and it’s palpable and exciting. The strides that have been made this year alone with acceptance of LGBTI+ are really promising. 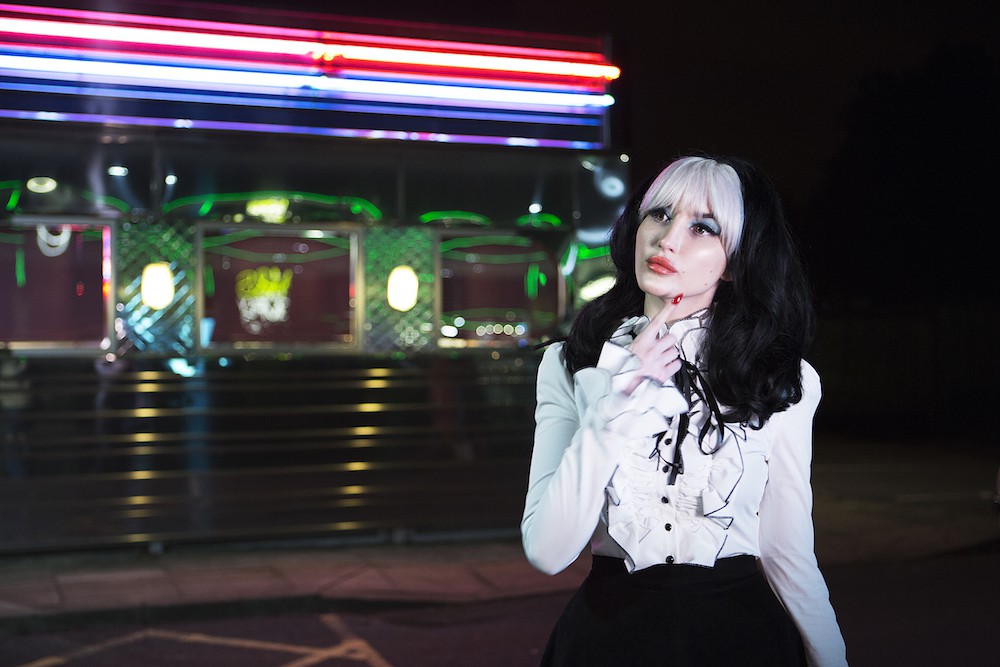 Did you always have this kind of retro-goth look or is it something you acquired over time?

I’ve always loved retro style! The cars, the fashion… everything looks so laboriously pristine. The sixties are my favourite but there are things I love from the twenties onwards. I was introduced to ‘goth’ as a tween but even before that my favourite characters were always the villains.

I haven’t always had the balls to be myself though and I briefly tried being more conservative when I first got to LA. It was boring and confusing and pointless because people can still tell you’re a bit weird even if you are dressed preppy.

Since we’re on the subject of tweens, when did you decide to pursue a career in music?

After high school I got an opportunity to do music so I thought I should go for it and if it doesn’t work out I’d go back and study. The other thing I wanted to do was direct music videos. But now I’m older I realise you don’t have to limit yourself to one artform anyway.

Your Wild at Heart music video is extremely Lynchian and Tarantino-esque. How does that kind of surrealism influence your creative process?

Fatalistic romance and surrealism are definitely things I’m inspired by and Lynch and Tarantino are the masters. I’m a huge lover of artists who draw you into a unique world and that’s what I aspire to do. I make constant notes of words and images that catch my eye. It’s purely intuitive. Sometimes I take a song I’ve written and listen to it whilst watching bits of a Lynch film for instance and if the whole thing moves me I know it’s right.

Tell us about your Novacane cover – the vocals are incredible, the space is amazing. How did you come to choose Frank Ocean and Prince? What’s the story behind the session?

Thank you! The building was on old Victorian pump works and incredible creepy. I am obsessed with Baz Luhrman’s Romeo+Juliet so that’s where the Prince intro came from and I adore Frank Ocean. His lyrics kill me. His delivery too. Novocane is such an LA anthem to me. I related to it a lot.

YES! Come rain or shine it’s going to happen. I’m writing it and I think I’ve got the bulk of it. I’m planning for it regardless.