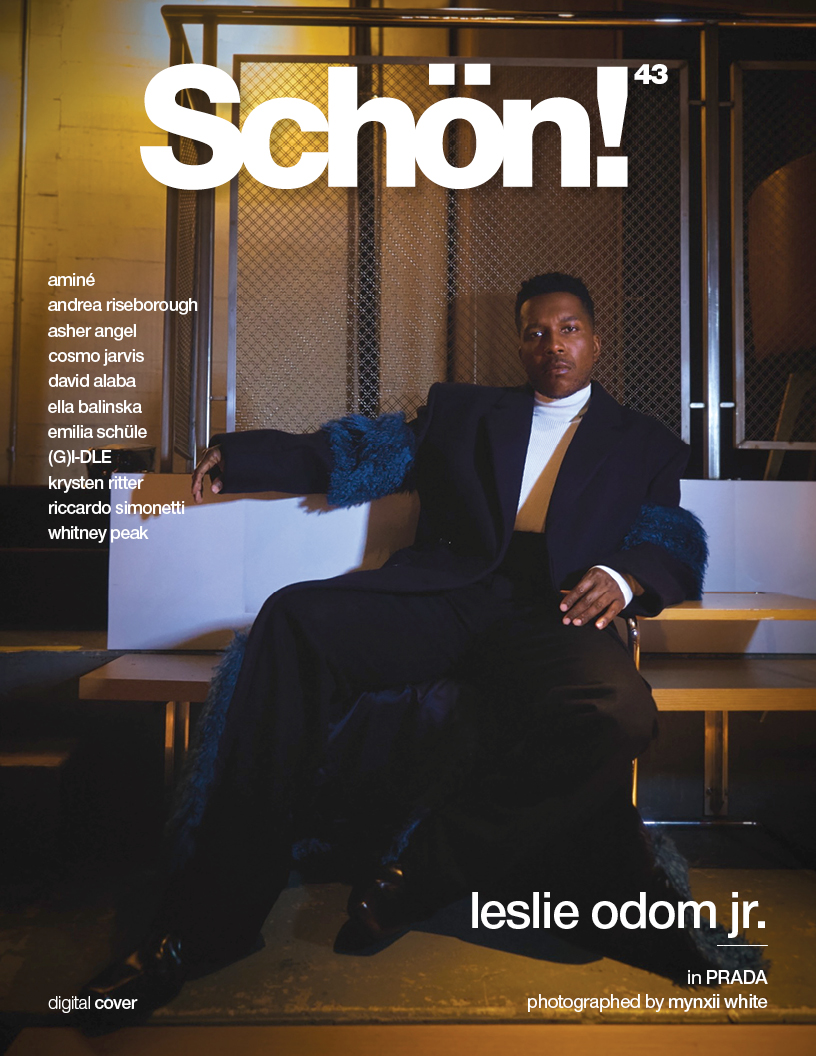 Everything Leslie Odom Jr. touches turns to gold. The American actor and singer, who wears Prada on his Schön! 43 digital cover, isn’t a stranger to premieres and applause — after his work in Lin-Manuel Miranda’s Hamilton, he was awarded a Grammy and Tony award, in addition to receiving BAFTA and Golden Globe nominations for his performance as the legendary Sam Cooke in One Night In Miami. Now, with Glass Onion: A Knives Out Mystery, Odom Jr. feels “a profound sense of gratitude” after filming the project.

Knives Out, the incredibly successful 2019 flick by Rian Johnson, was a film that was, without a doubt, universally loved. “There are not many things that come along like Knives Out,” explains Odom Jr. Old people liked it, young people liked it, black and white and every shade in between. It was this intergenerational well-liked thing.” Its sequel — Glass Onion: A Knives Out Mystery — sees Daniel Craig resume his role as detective Benoit Blanc, but with a new case and a new cast including Kate Hudson, Janelle Monae and, of course, Leslie Odom Jr., who plays scientist Lionel Toussaint.

The cast and team are tight-lipped about the Easter eggs in Glass Onion’s storyline, but Odom describes his time working on the film as reality imitating art as, much like their characters, the cast played games after hours and built a close bond with one another. “Usually, [when] making movies there are long days and you’re away from your family. You spend a lot of time by yourself on movie sets,” he explains. Filming Glass Onion was more of a “communal experience. In the morning you’d arrive and drop your stuff at your trailer. [There] was a big green room or part of the set that we were all in together. Daniel had his own room, but he spent very little time in it. He wanted to be with everybody.” 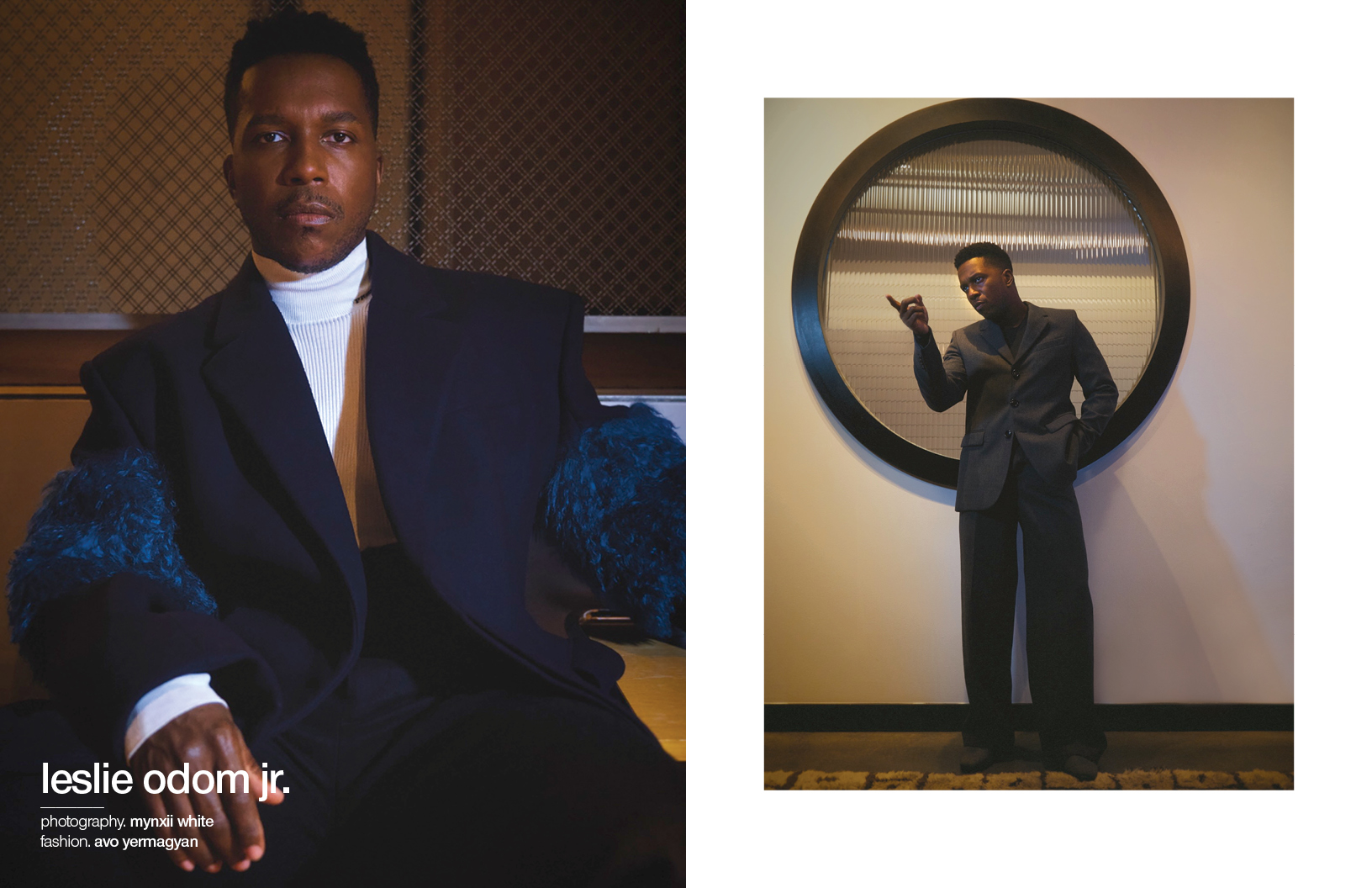 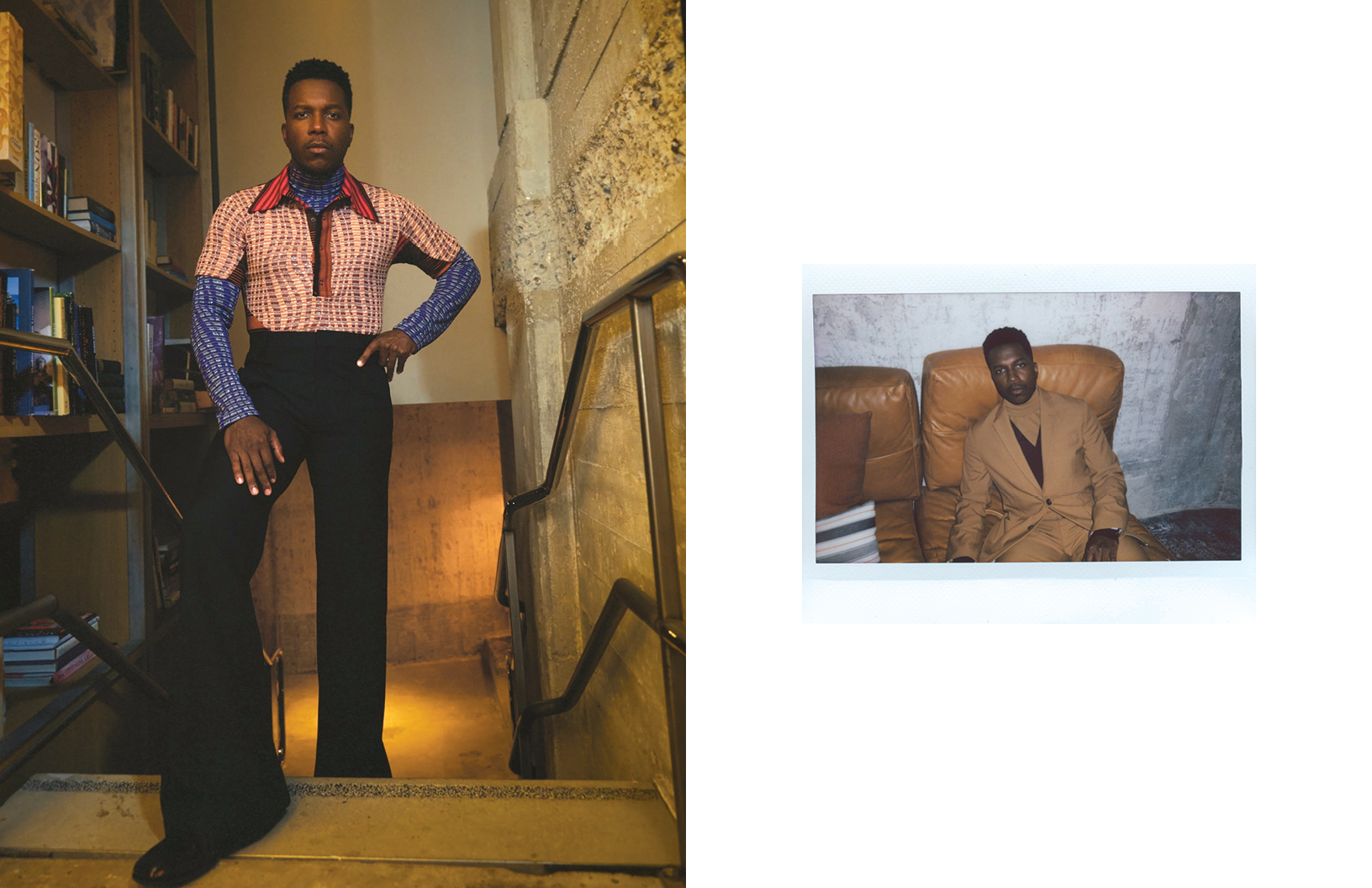 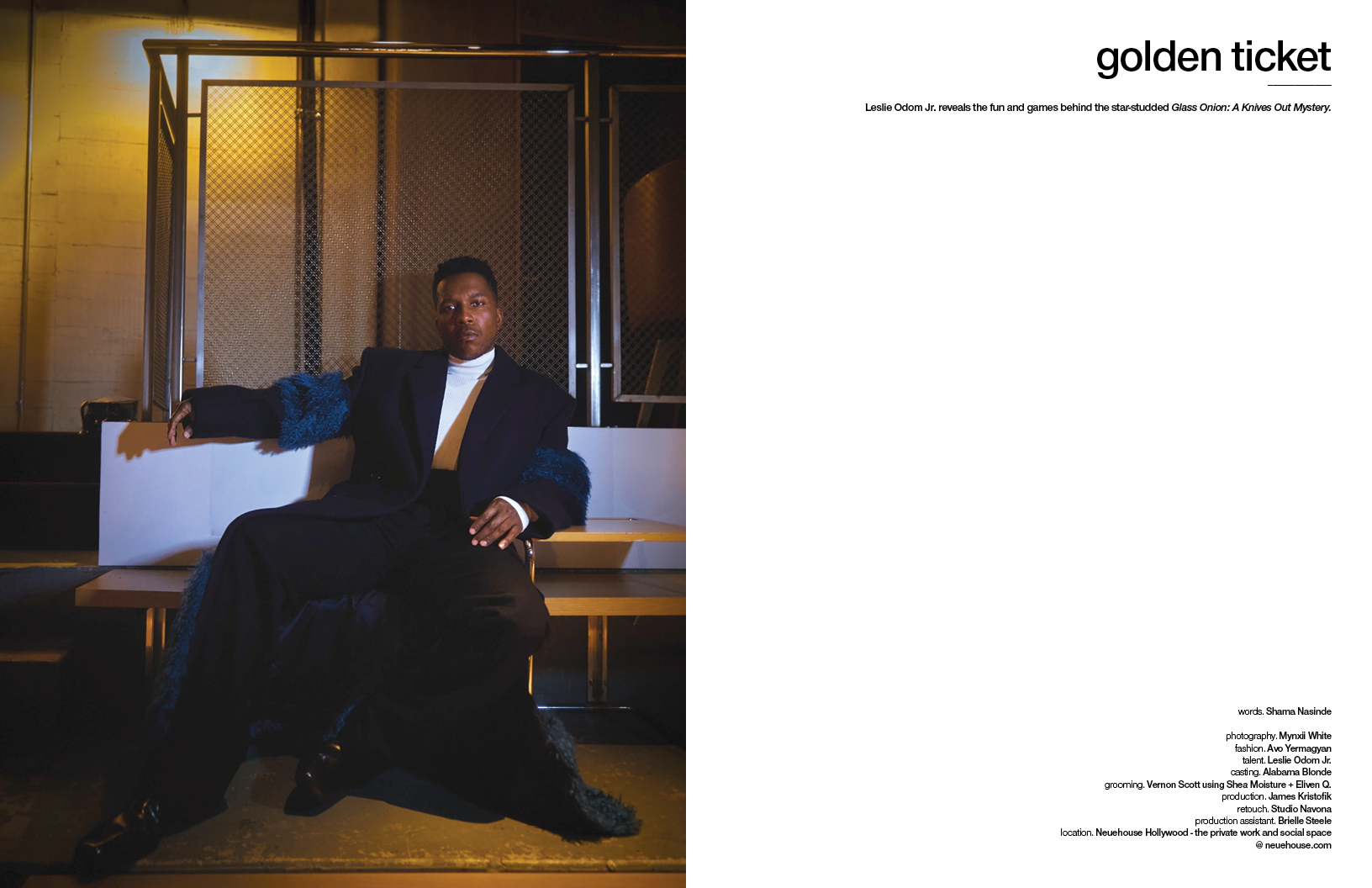 Glass Onion: A Knives Out Mystery will release on Netflix globally from 23rd December.

Discover the full editorial and our chat with Leslie Odom Jr. in print in Schön! 43. You can download your issue with this digital-only cover exclusively here.