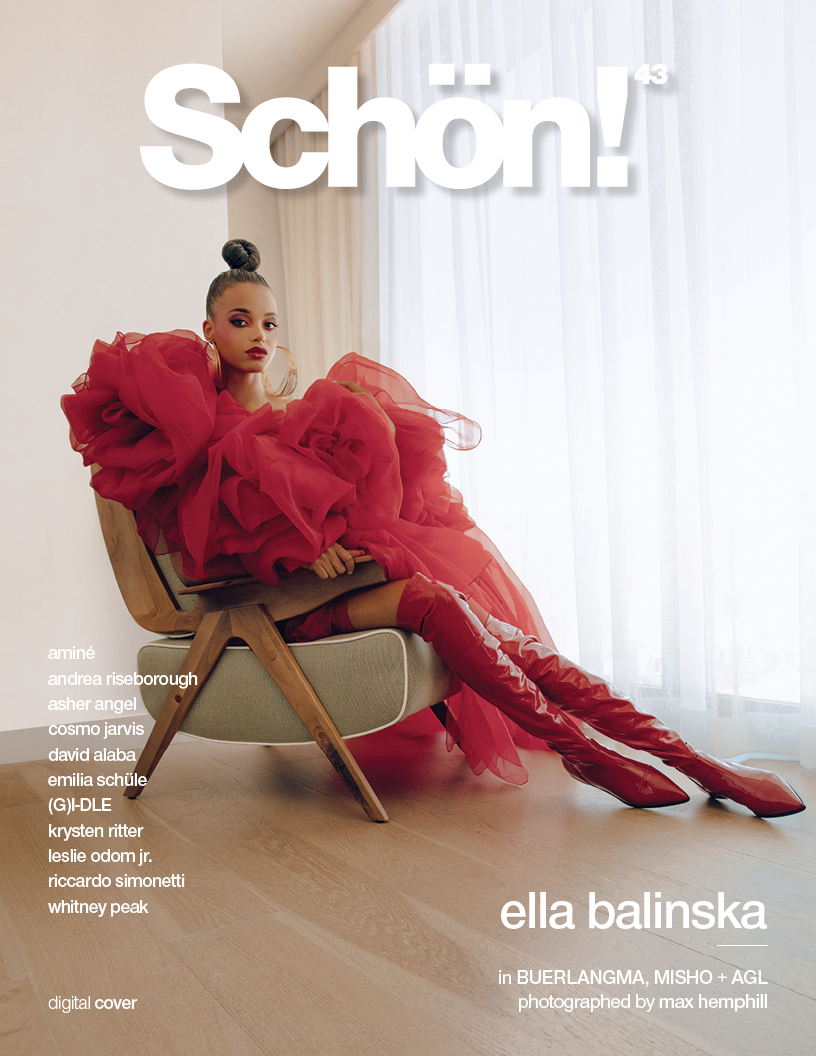 Charlie’s Angels and Resident Evil star Ella Balinska is fighting a different battle in thriller Run Sweetheart Run. The actress, who struts in AGL in her Schön! 43 digital cover, hasn’t slowed down since filming her role as Jane Kano in the reboot of Charlie’s Angels, appearing across our screens in Netflix’s Resident Evil. Now she’s diving into horror in a lead role in the thriller Run Sweetheart Run. “This is probably one of the films I’ve done the most auditions for,” Balinska reveals. “They really wanted to see if I was able to stretch emotionally.”

It’s a role that zeroes in on what it means to be a woman struggling with her menstrual cycle in addition to trying to survive. “I think it’s quite refreshing. People might feel uncomfortable at first, but naturally, as a female, you are having periods. It’s just life. It’s just the truth,” Balinska points out. Filming pushed Balinska to a new level — shooting in an abandoned jail in L.A. in a very tight space with limited outdoor access, giving the performance a new definition of the word “raw.”

On the horizon, Balinska is ready to reach new heights as she works as both a producer and actor in the survival drama The Occupant, in addition to portraying the first female lead of colour to play a motion-captured character in the video game Forspoken for PlayStation 5. “I’m excited to show my range,” she explains. “I think there’s some sort of fear of stepping out of your comfort zone and doing something that other people might not think is right.” 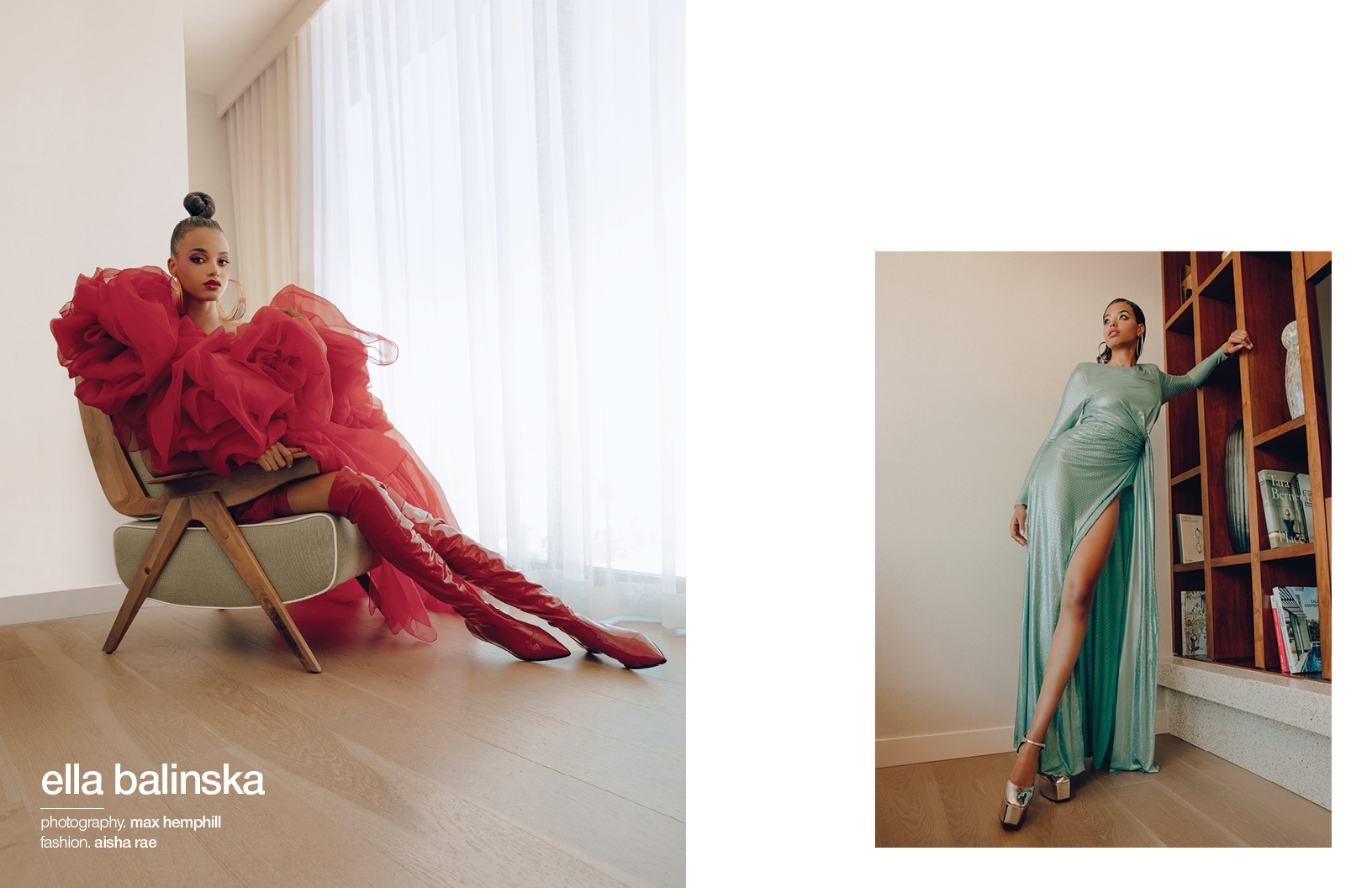 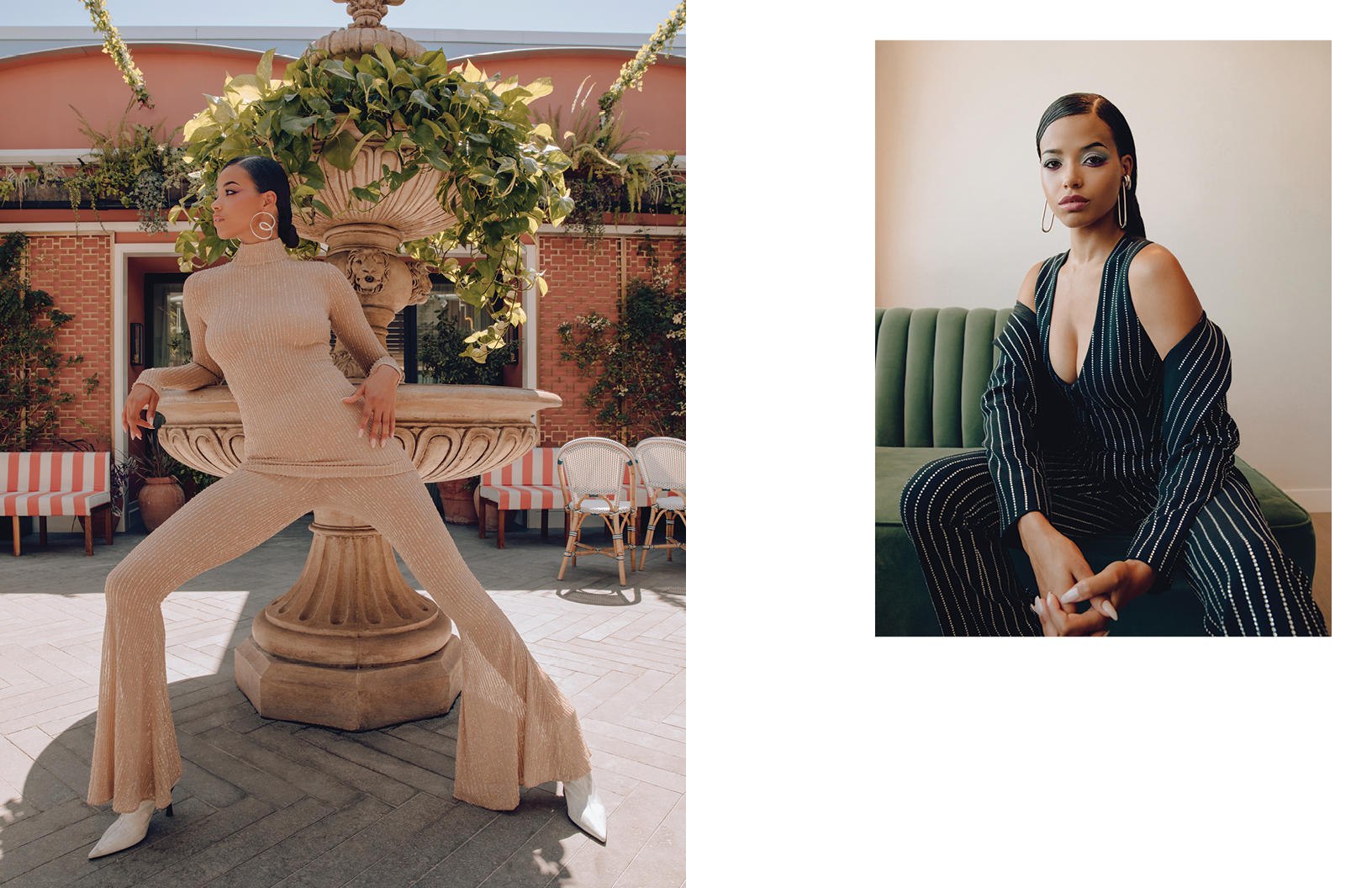 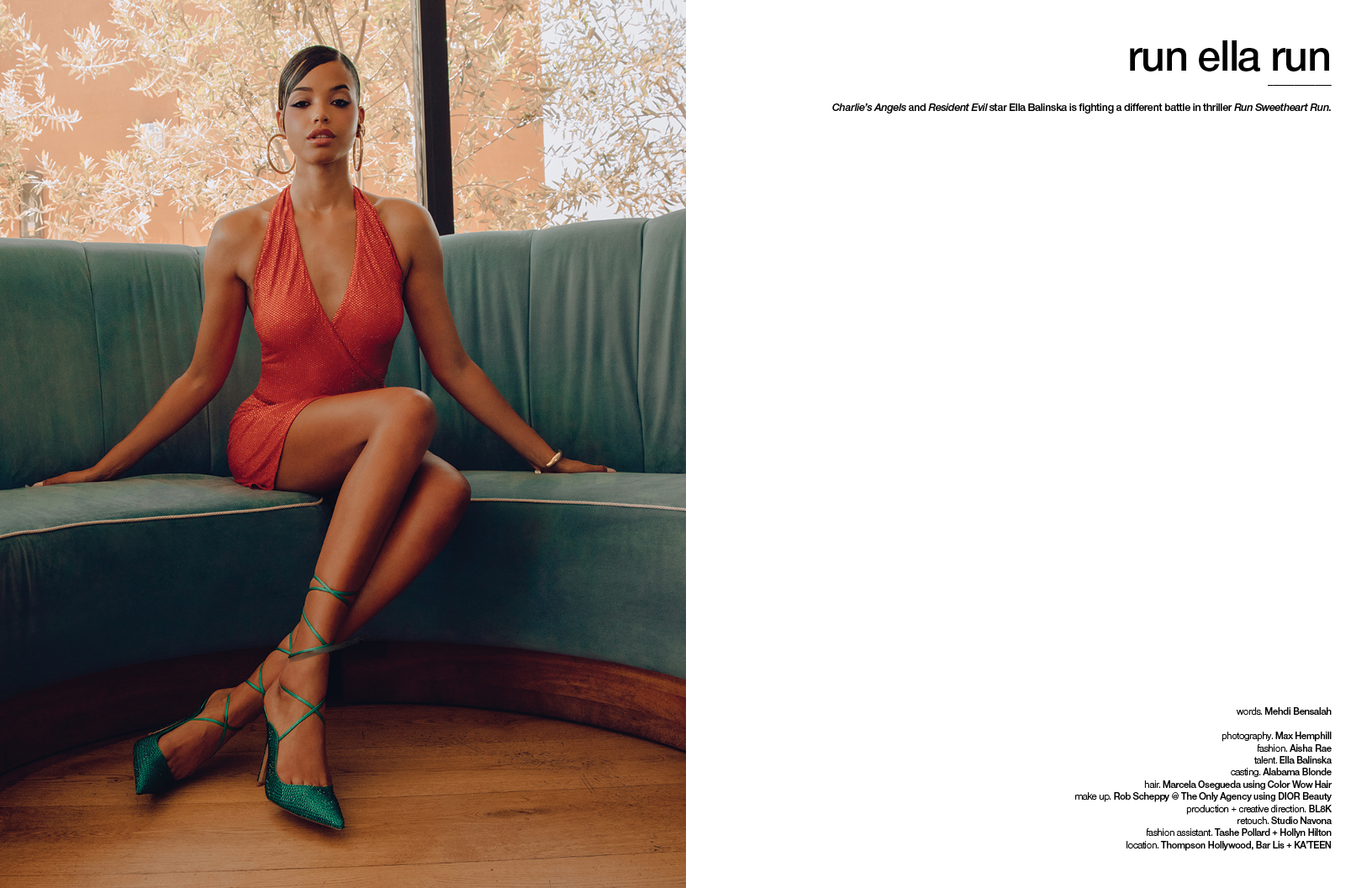 Forspoken will be released on 24th January on PlayStation 5 and Windows.

Discover the full editorial and our chat with Ella Balinska in print in Schön! 43. You can download your issue with this digital-only cover exclusively here.

This digital cover + editorial from Schön! 43 has been produced by