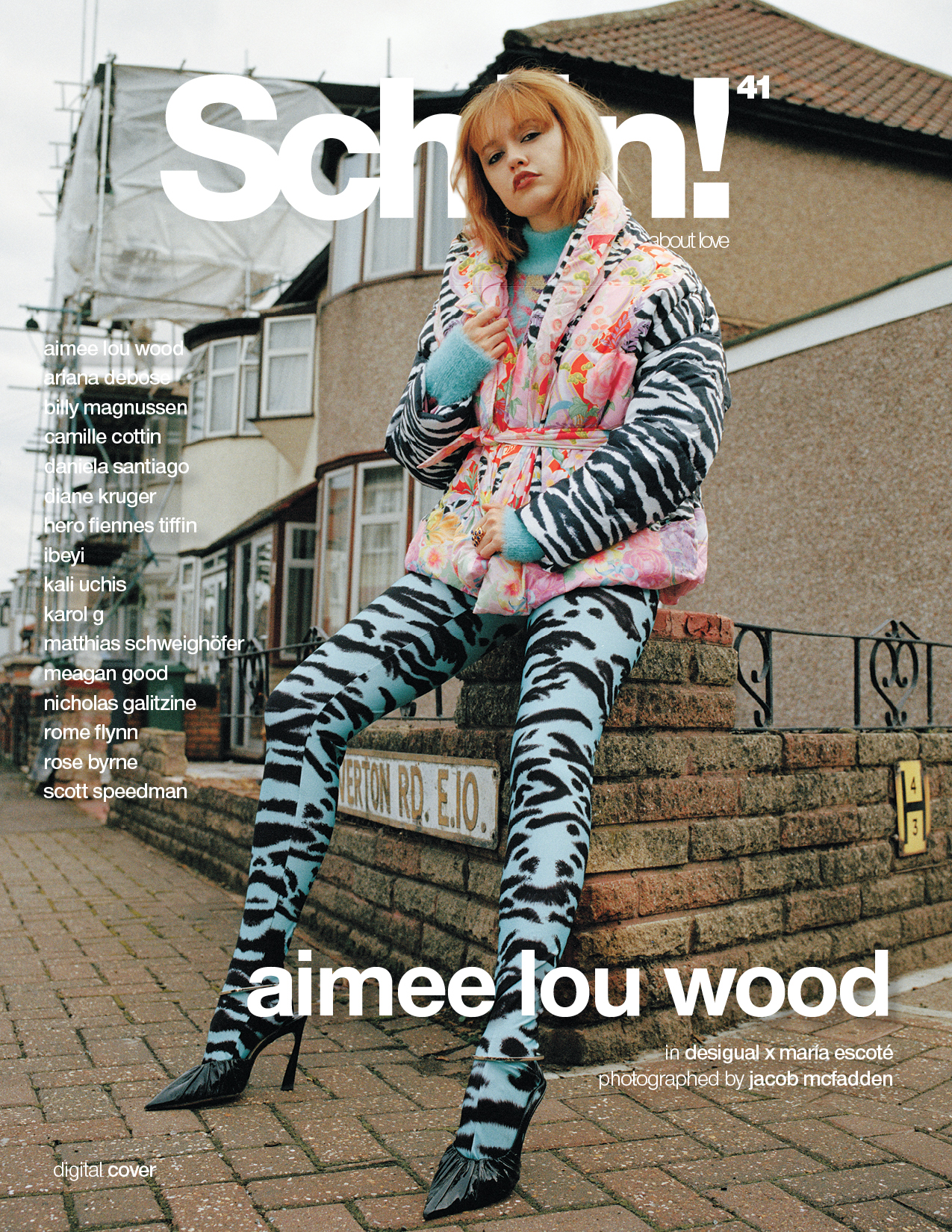 After garnering critical acclaim and winning a BAFTA in 2021 for her portrayal of Aimee Gibbs in Netflix’s Sex Education, Aimee Lou Wood — seen on this digital cover wearing Desigual x María Escoté — can finally take some time for introspection.

“It’s a very recent thing that’s happened to me where I just…” Wood trails off, considering her next words carefully. “I really just want to feel everything. I’ve spent so long being quite like [my character] Aimee, being so afraid to feel certain things – but I’ve opened up. I’m in this space where I’m not afraid of feeling.”

With so much going on in her life, it’s no surprise that the 26-year-old actor has a lot of emotions with which to contend. The third series of Sex Education recently arrived on Netflix to widespread critical praise, and Wood’s storyline specifically has been heralded as a gripping and stunningly accurate portrayal of the aftermath of sexual assault. While the arc itself is understandably dramatic, Wood captures the story with both ease and humour, making for a compelling depiction rarely seen on mainstream television. 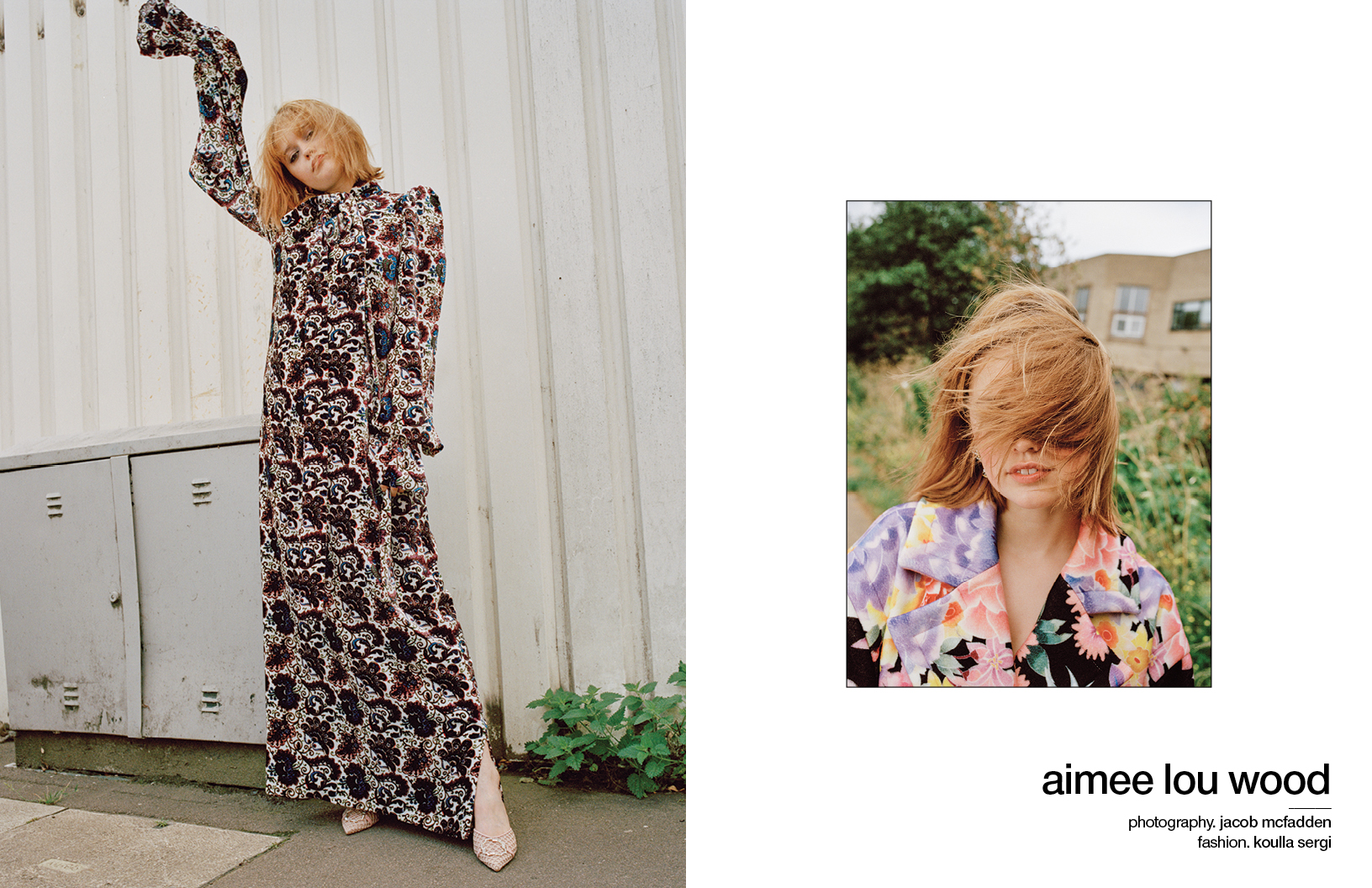 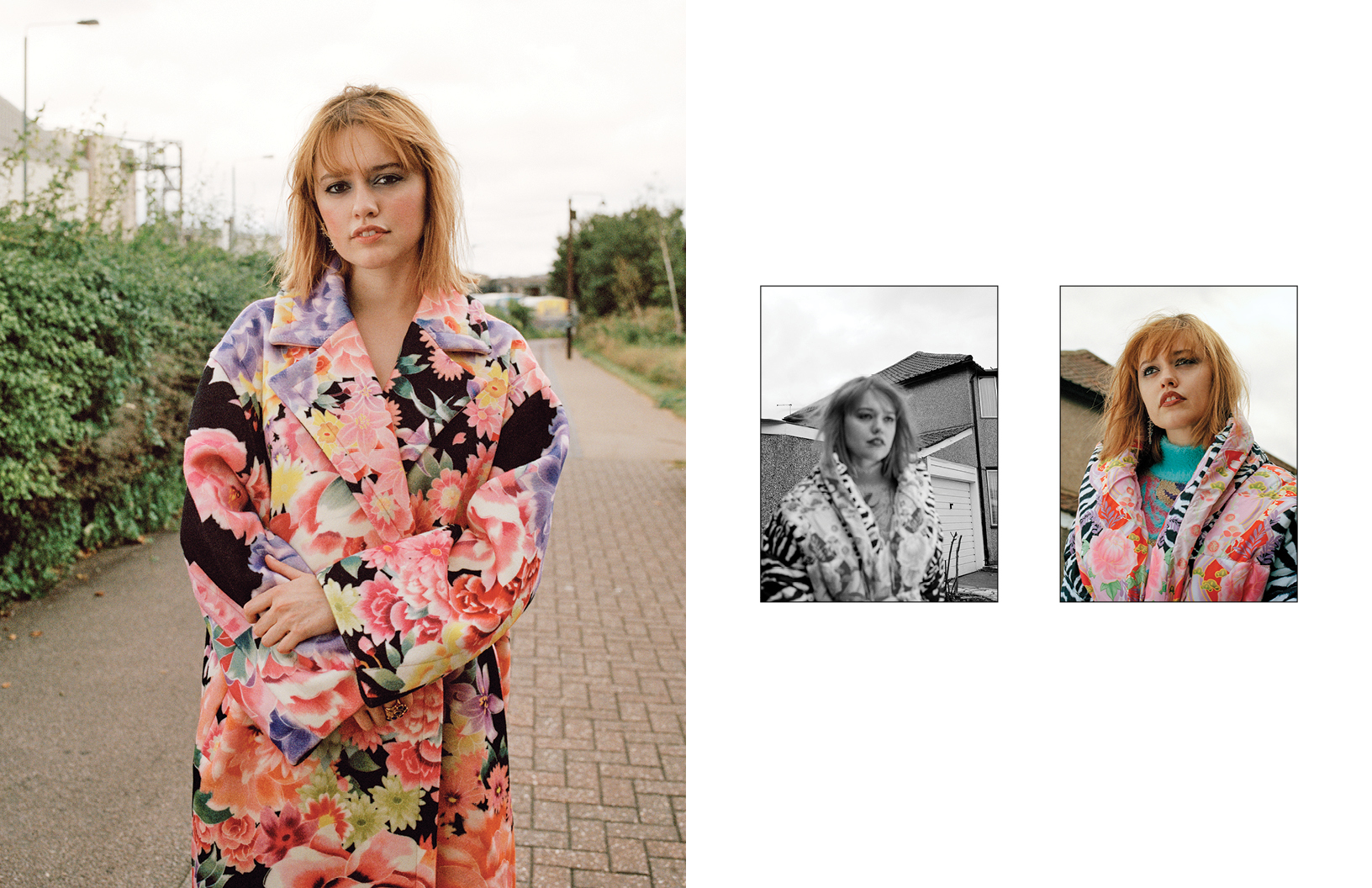 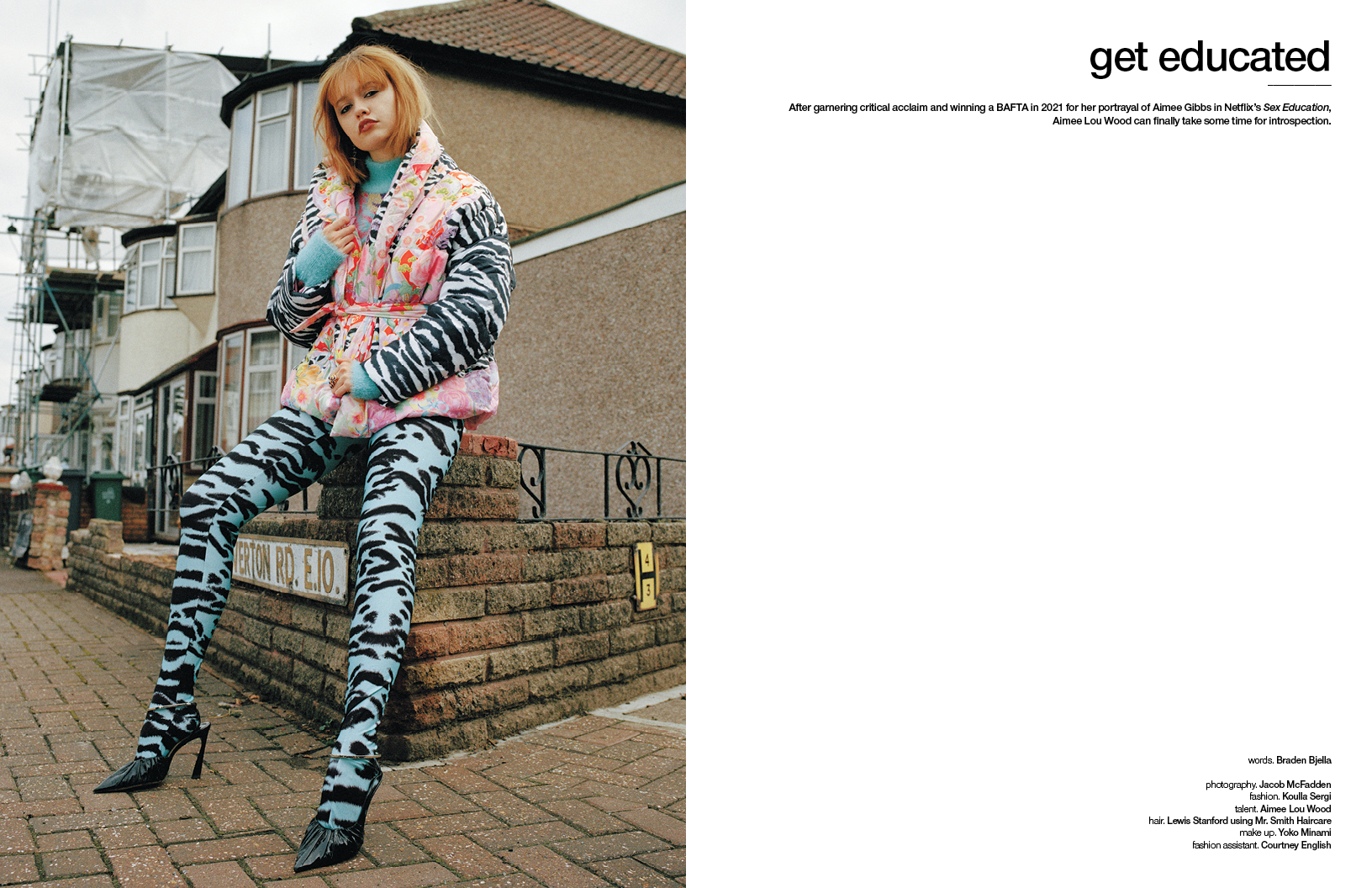 Season 3 of Sex Education is airing on Netflix now.
The Electrical Life of Louis Wain is currently streaming on Amazon Prime Video.

Discover the full editorial and our chat with Aimee Lou Wood in print in Schön! 41. You can download your issue with this digital-only cover exclusively here.