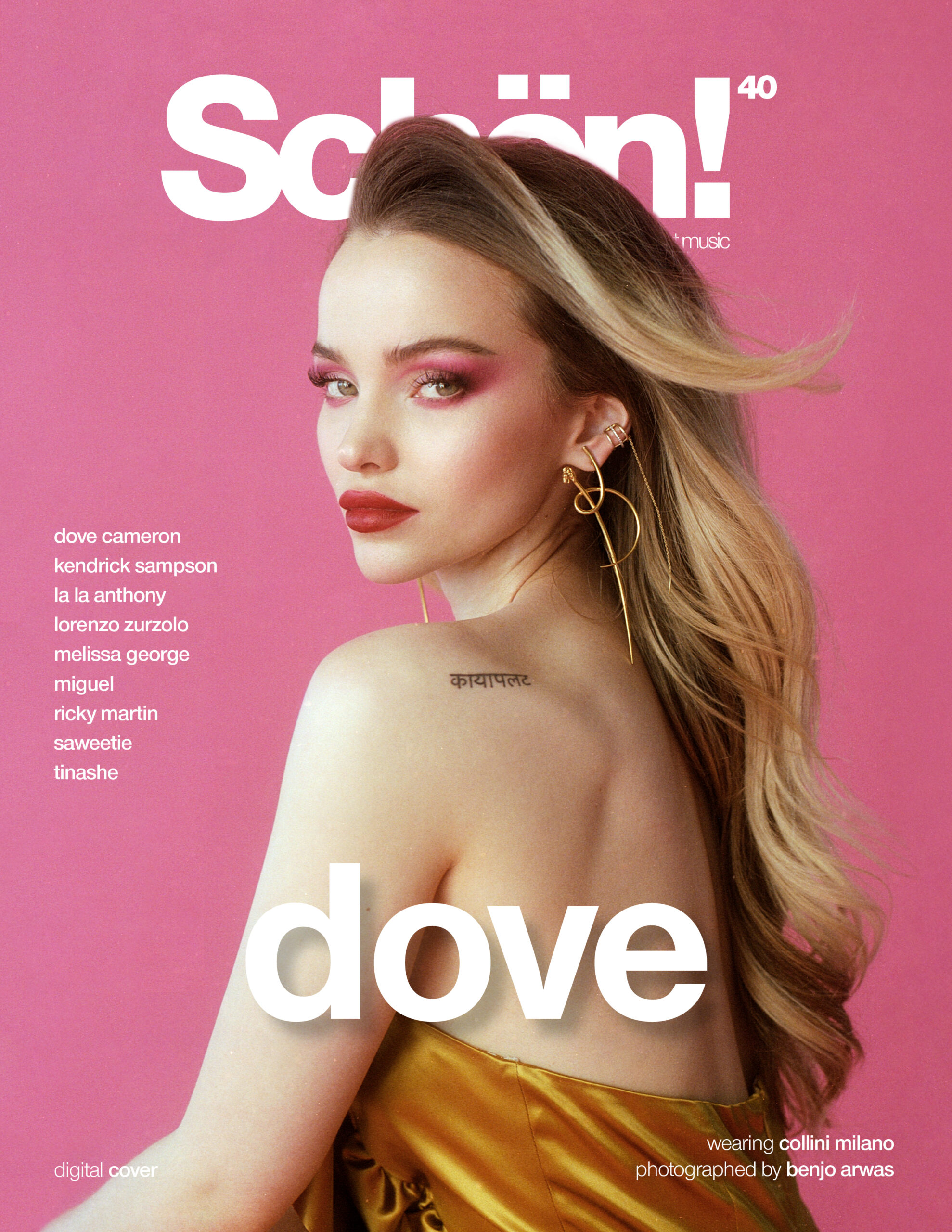 Dove Cameron is not one to slow down. Seen above wearing a piece from Collini Milano, Cameron is a multi-hyphenate talent with a whip-crack wit — and it’s clear her meteoric rise is no fluke.

Since her mainstream debut on Disney Channel’s Liv and Maddie, Cameron has been putting in her hours; she’s honed her abilities as an actress, appearing in the Descendents films on Disney alongside numerous television roles. She’s also tuned her skills as a singer and songwriter, signing with Columbia’s Disruptor Records before releasing her 2019 Bloodshot / Waste EP and several singles in the years following. Even as she talks to Schön!, she’s multitasking, preparing for a long day of work while organising critiques for a still-in-the-making project. “Literally last night, I was in the bath with one of those little tray things — I had my laptop, my phone and a water, and I was in business mode,” she laughs. “I wish I could get my label on the phone to give an interview about me, because I think they hate me. I just have so many notes!”

The project in question is the video for her new song Lazy Baby, an infectious Pop-Funk smash that sees Cameron exercise her skills as both a songwriter and storyteller. Despite its upbeat melody and carefree chorus, a nascent darkness can be heard in the track’s lyrics, which plaintively muse the process of navigating a deteriorating relationship. That balance between light and dark, she says, is part of what allows her to work through her pain.

“I actually got into a big argument with my best friend on a road trip we went on two months ago. She was like, ‘You only listen to happy music!’ and I was like, ‘That’s not true!’ But I thought about it, and she was so right,” Cameron admits. “I’ve had so much tragedy in my life — true tragedy: murder, death, suicide, really crazy shit. So, when I was growing up, I never really needed sad songs because I was already such a sad kid. I’m a deep feeler, and there’s nothing in me that wants to dwell in my pain more than I have to.” 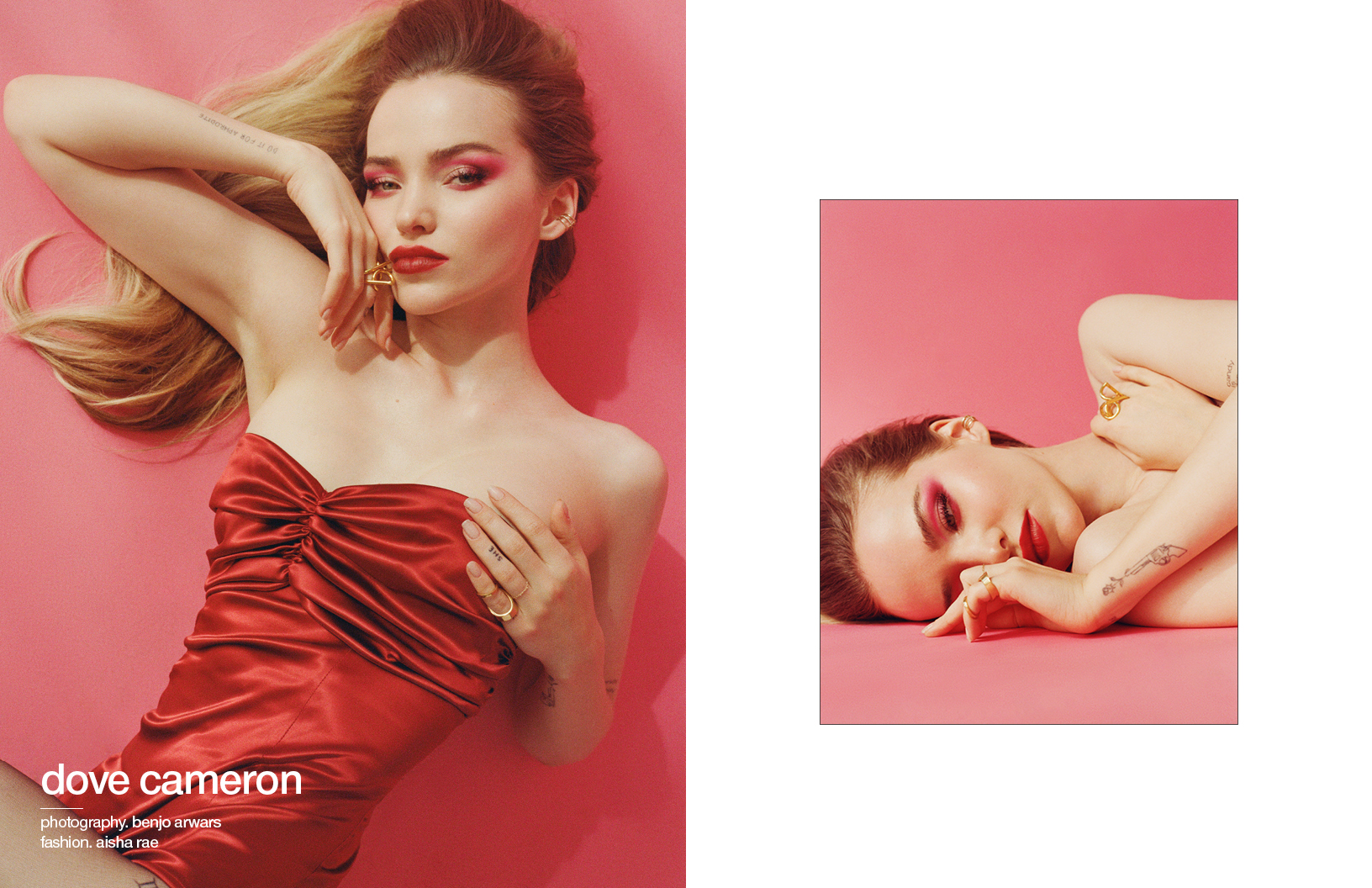 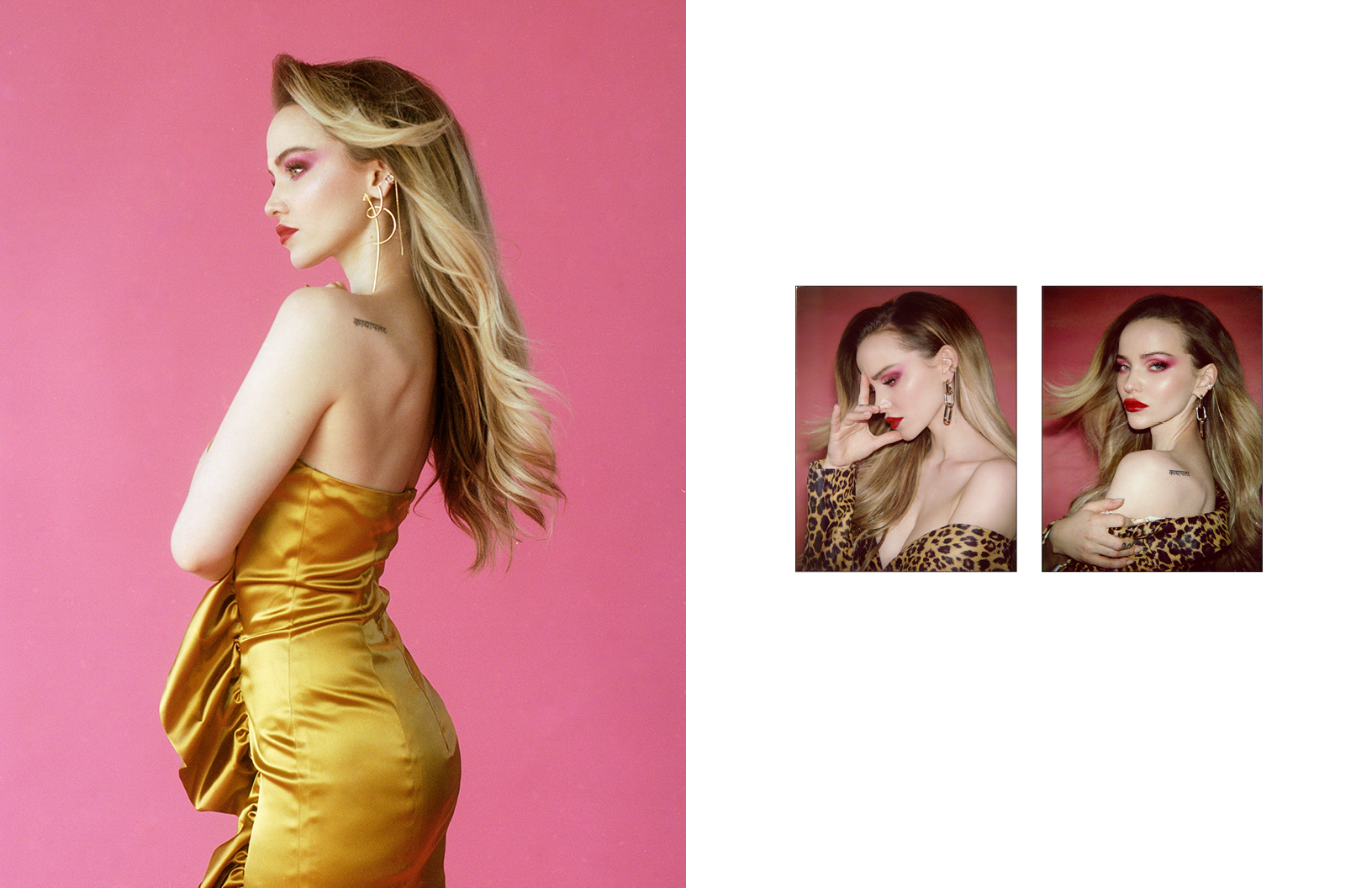 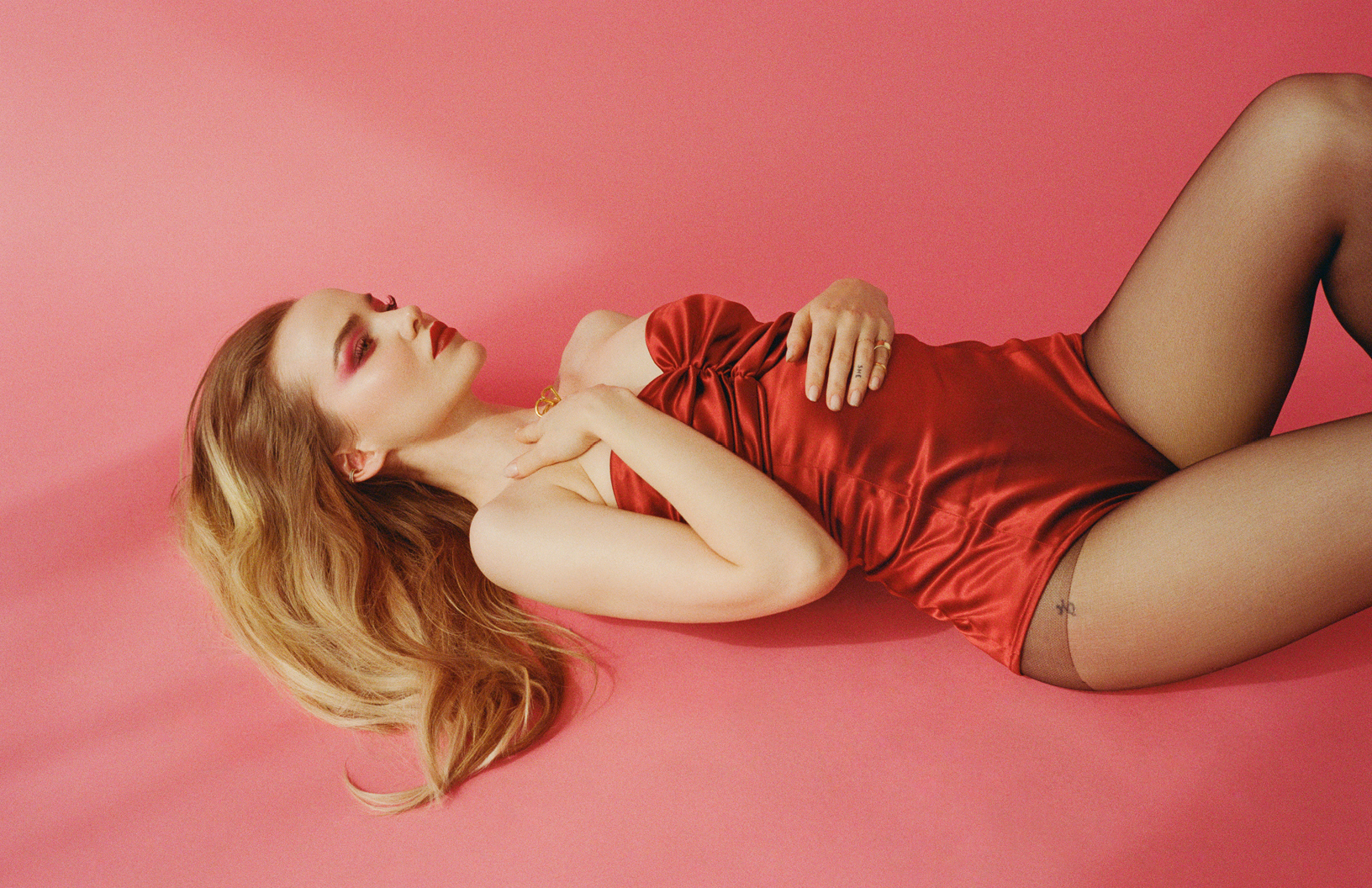 Discover the full editorial and our chat with Dove Cameron in print in Schön! 40. You can download your issue with this digital-only cover exclusively here.