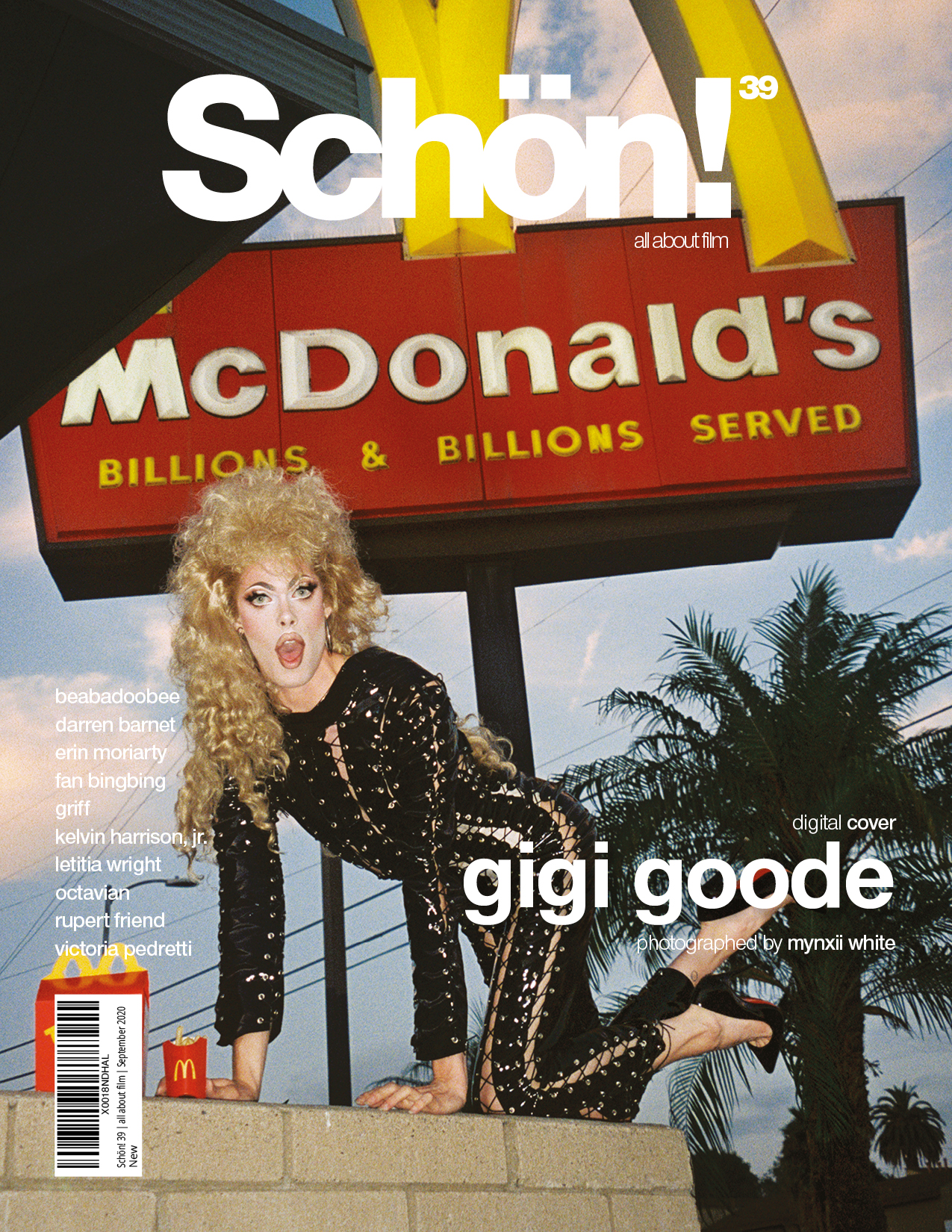 Whether on RuPaul’s Drag Race or off-screen, one thing is certain: Gigi Goode has more than one trick up her sleeve.

The drag queen who introduces herself as a life-size Barbie can do much more than a regular doll. Besides crossing the lake on a swan boat, Gigi Goode is capable of styling her hair, doing her make up, designing her looks and so much more. The youngest contestant of Season 12 of the popular TV show RuPaul’s Drag Race takes Schön! to her favourite places in L.A. for an outdoor photoshoot.

“It was really, really fun!” Goode exclaims. “It felt like a group of toddlers running around town.” The City of Angels became Goode’s playground when she moved there a few years ago in pursuit of a career as a make up artist. She soon realised, however, that she preferred to paint her own face rather than others. “I started working as a make up artist,” she explains, “but then I got booked a couple of times in drag and it just snowballed.”

Goode got her start in drag as a teenager performing at substance-free venues in her home state of Illinois. “I guess I’d been dressing in ‘drag’ without knowing that drag was the term for it,” she recalls. “I wasn’t aware until I was 15.” Cheering from the front row, Goode’s mother Kristi has not only been her biggest fan all along, but also the one behind all her costumes. “She’s the only person that I’ve ever been able to give a drawing to and will literally make it come to life, exactly the way I drew it, the exact proportions, no missteps,” Goode explains.

Discover the full editorial and our chat with Gigi Goode in Schön! 39. You can download your issue with this digital-only cover exclusively here.