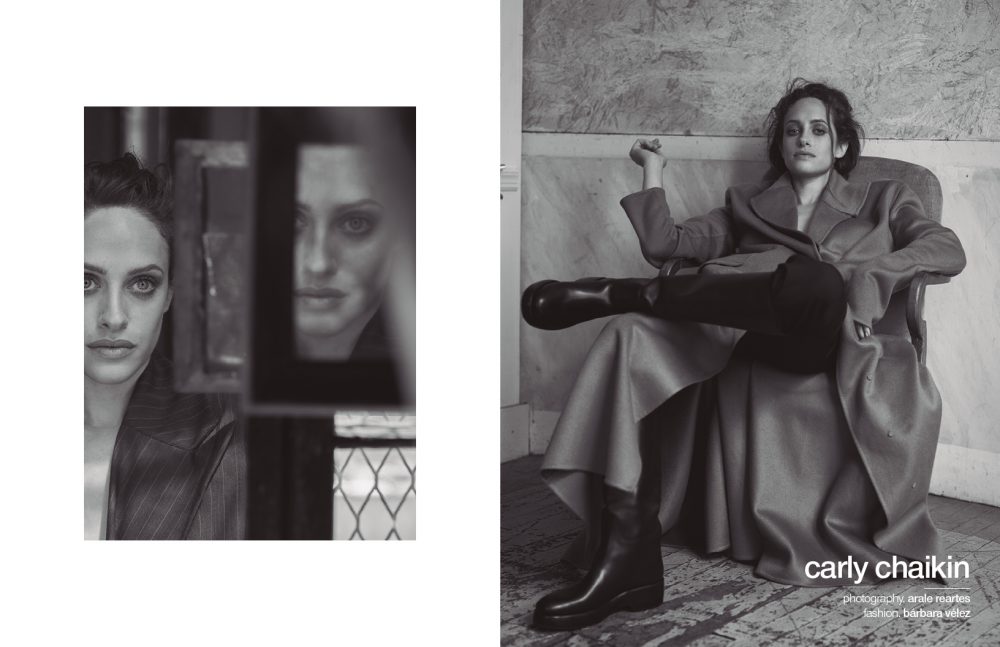 It’s an exciting time to be Carly Chaikin. As we speak, the actress, writer, producer and artist is one week out of filming her final scenes playing expert hacker Darlene on the hit TV show Mr. Robot, where she stars alongside Rami Malek and Christian Slater. Now, with brand-new-everything on the horizon, Chaikin is understandably optimistic about the future.

First though, we have to ask if it really is the end for Mr. Robot, or should we live in hope? “No, it’s the end,” Chaikin laughs. “I don’t know. I keep hearing all these things like, ‘Mr. Robot The Movie’ or something. Um, I don’t think that would happen.” Having garnered a cult-like following, it’s no wonder that fans of the TV show are speculating about potential spin-offs. It hasn’t been easy for Chaikin, either. “When I first wrapped, I was so sad,” she admits. “It’s such a crazy thing for something like this to come to an end after doing it for so long. It feels like such a big loss, but at the same time, I’m like, ‘Ah, I don’t have to work!’ It feels so nice to relax.”

Chaikin can’t pinpoint exactly when her love for acting began, but she laughs as she highlights a memorable Summer camp when she was around 12 or 13. “I did this play where I had one line as a waiter, and for some reason I had this moment where I was like, ‘This is what I want to do for the rest of my life.’”

Fast forward to 2010, and Chaikin made her big-screen debut in The Last Song, starring alongside Greg Kinnear, Kelly Preston, Liam Hemsworth and Miley Cyrus. She then went on to star as Dalia Royce on ABC’s hit show Suburgatory, for which she was nominated for a Critics’ Choice Award for Best Supporting Actress in 2013 — before landing her role in Mr. Robot in 2015.

It’s been a fun ride for the 29-year-old actress so far, who is currently navigating the industry at an interesting time. The ever-shifting dynamic between streaming online and more traditional ways of watching our favourite content brings forth questions about how the two will live side-by-side. The actress is of two minds. “I’m torn because I love the idea of watching shows live, you know, that excitement of every Sunday it comes out at this time, and you sit down, and you watch it,” she explains. “So many things are streaming now that it just feels overwhelming. An amazing show will come out, two seconds later it’s forgotten about. At the same time, it’s amazing to have so much great content.”

Discover the full editorial and interview in Schön! 37 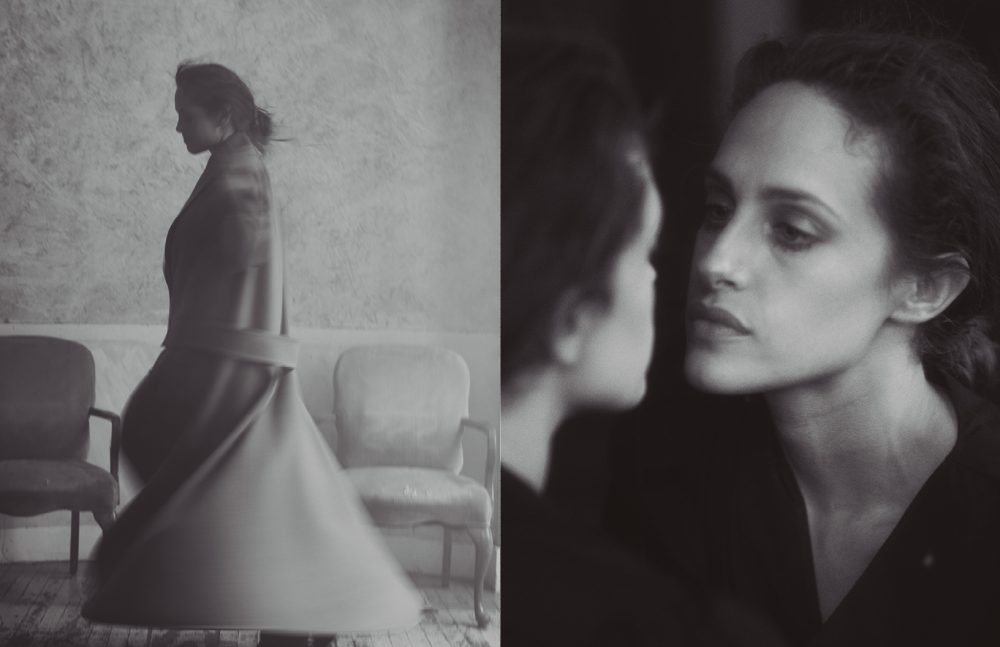 The fourth and final season of “Mr. Robot” airs on USA Network and Amazon Prime Video.