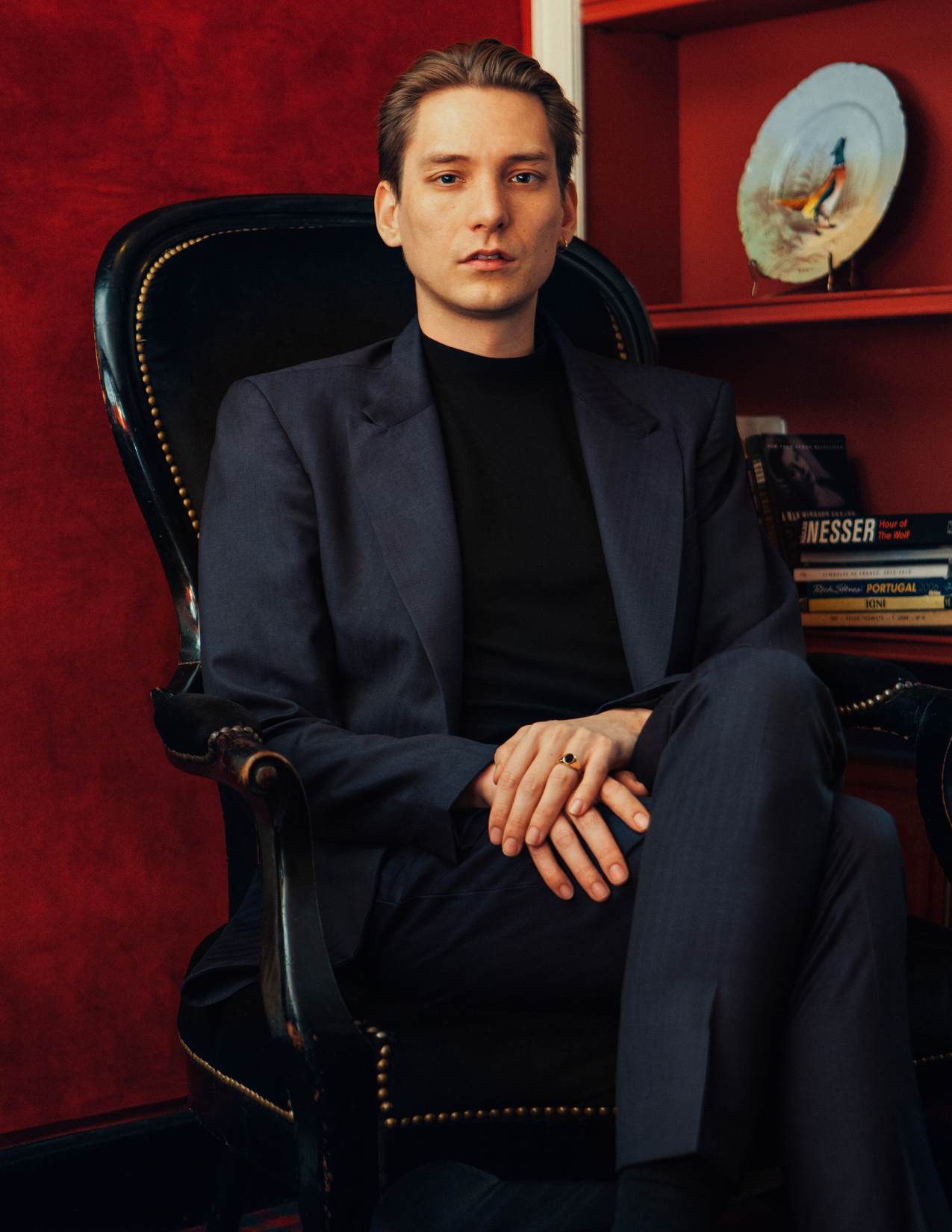 When he emerged on the electro-pop scene with his debut in 2012 and released the introductory section of his three-part Hylas, Thomas Azier bore with him the promise of a nascent European-wide wave of talented youth bearing their souls in a lyrical style of songwriting, rife with melody and soul. An intrinsic figure in the emerging French scene of interprètes (read performer-singer- songwriter), he’s close with Stromae, Woodkid and The Shoes.

Azier’s angular features and slicked back hair exude an uncanny elegance. Following in the footsteps of the great male voices such as Jacques Brel, Serge Gainsbourg and David Bowie, his work purveys all the malaise existentiel of a young artist (his vocal performances are, by the by, mind-blowing). Azier now brings Rouge to the world – an intimate portrait that offers all the nuanced emotions of a restless, travelling soul.

Upon finishing his latest tour in 2015, Azier realized that he wanted to make a record that focused on the songwriting process. “Music became very tied into production – the more electronic it got, the more allergic I became to it in general! I want to get rid of all the bullshit – no filters – to make it as simple as possible.” That’s how Rouge came into works. For the highly anticipated record, he joined forces with French producer Dan Levy and together they set off on a journey to an old castle in Evreux, Normandy where their project would come to life. “It [was] a wonderful place,” says Azier.

Unlike Hylas, his new sound bestows a lighter style. “I would describe Hylas as the night and Rouge is the dawn. It raises awareness on the current human condition and on the global events that are taking over the world without stereotyping it. It’s a kind of self-reflection. I would like to ask 90% of people, ‘Do you sometimes ask yourself questions or not?’ Individuals don’t see themselves in perspective to society. There is no reflection in anything. It’s just a big slurp of ‘likes’”.

Discover the full interview in Schön! 32

This Schön! 32 feature was produced by