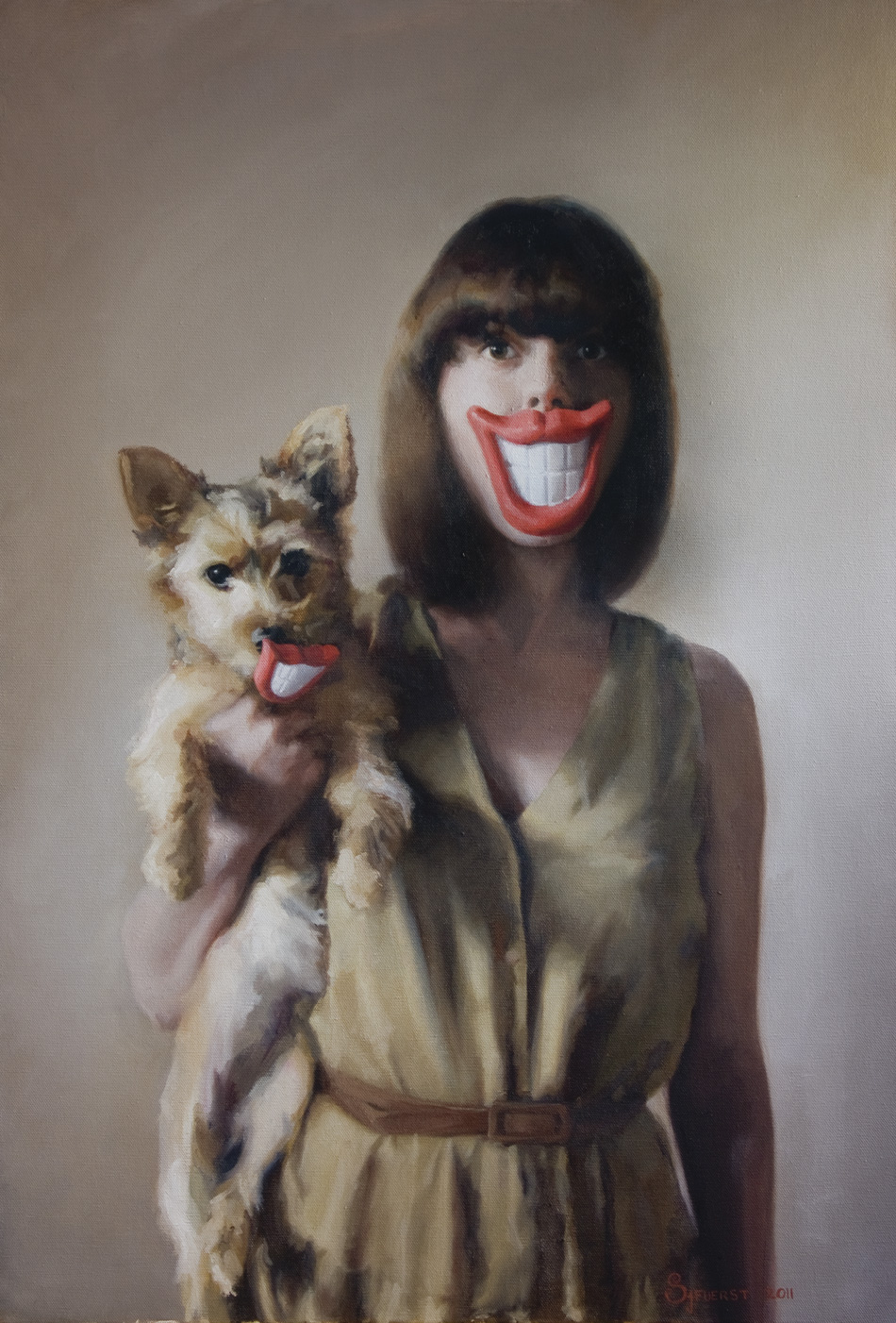 It takes a moment of focus to realise that the picture in front of you isn’t a photograph. It is indeed a meticulous painting by marvelous artist Sally Jane Fuerst.
Featuring a range of blue mohawks, inflatable zebras and crab costumes, Fuerst’s characters flourish in campy styling and a grotesque atmosphere, all expressed through her vivid colours.

Inspired by painter John Singer Sargent and fashion photography, her paintings combine a realistic rendition of the human figure, mixed with elements from pop culture. Her subjects will often be seen wearing inflatable toys and unusual costumes as she always tries to find items that are interesting both aesthetically and conceptually.
Fuerst uses art as a way to express her love for costumes and fancy dress parties. She has always found interest in having the opportunity of impersonating someone else and which characters other people choose to emulate.

Grown up in Connecticut, Sally Jane Fuerst moved to New York to begin her art studies at the Pratt Institute. She then moved to Florence to focus her artistic training on life study. Deprived of a chaotic life for two years, Fuerst found London a more suitable city to live in. Constantly inspired by outfits and street style, Sally Jane Fuerst finished her student career at the London Atelier of Representational Art.

Living a life fully concentrated on art, she is now a full-time painter based in London. 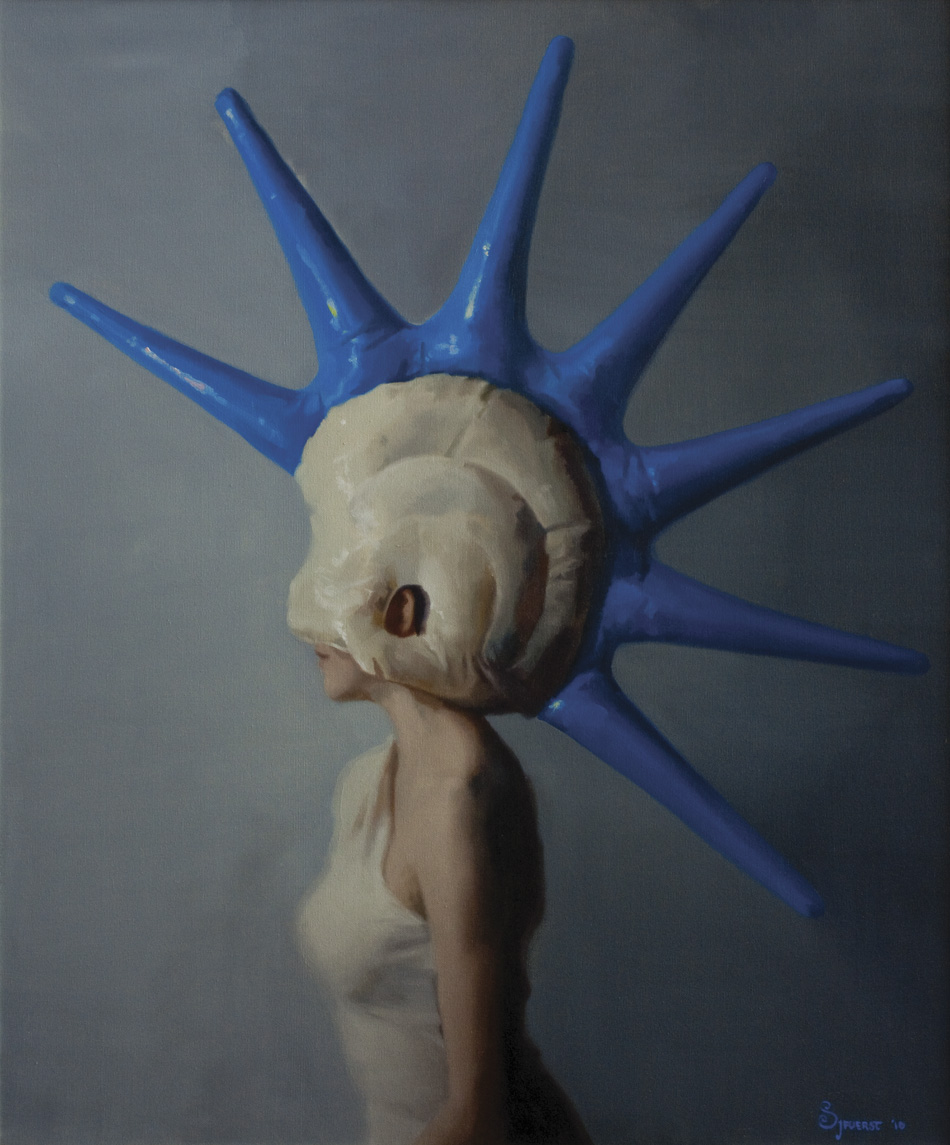 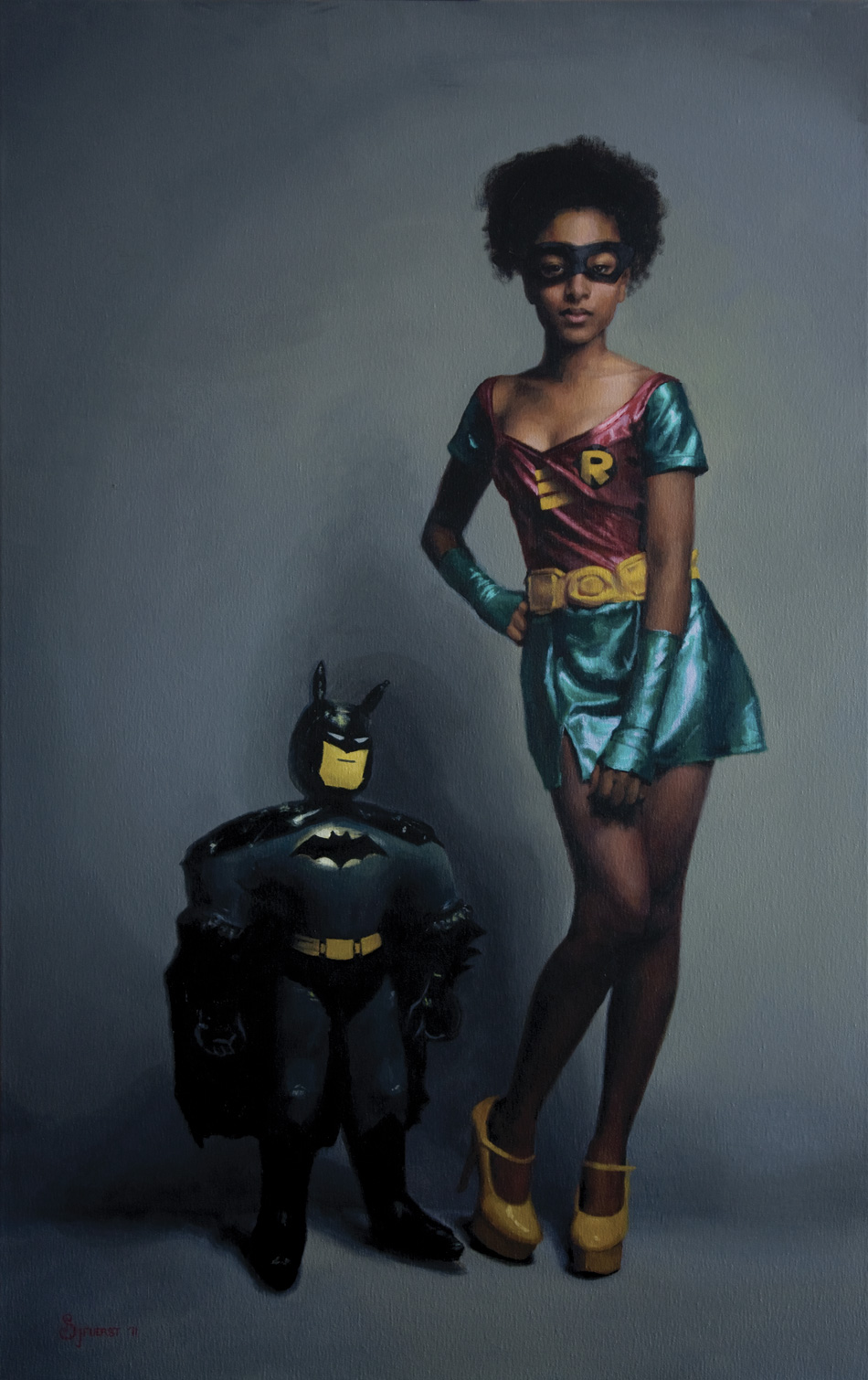 Don’t miss her featured artwork at the Peeps Exhibition in London, starting the 6th of September until the 8th.