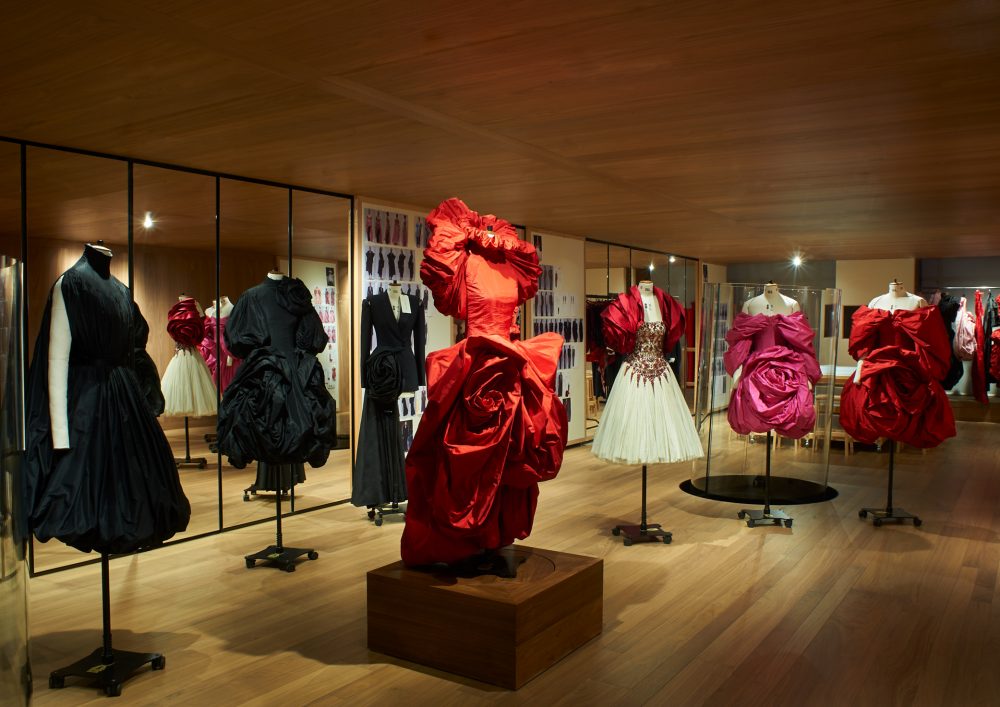 It’s not often that one can get a direct look behind the curtain at a major luxury fashion house but in the last year, Alexander McQueen has allowed the public to do just that. Their latest installation, Roses, continues an educational initiative spearheaded by McQueen’s Creative Director Sarah Burton.

Situated on the second floor of Alexander McQueen’s flagship location in London, Roses features a variety of selections from the label’s history, all of which centre on the form and emotive quality of flowers. Chief among these offerings are two selections: the swirling red rose dress by Sarah Burton, once the finale of McQueen’s Autumn/Winter 2019 show, and the dress McQueen assembled from fresh flowers for the end of the Sarabande show for Spring/Summer 2007. Alongside these pieces are other works, each of which accompanied by notes detailing their composition and a video by Sarah Burton detailing aspects of the creative process. 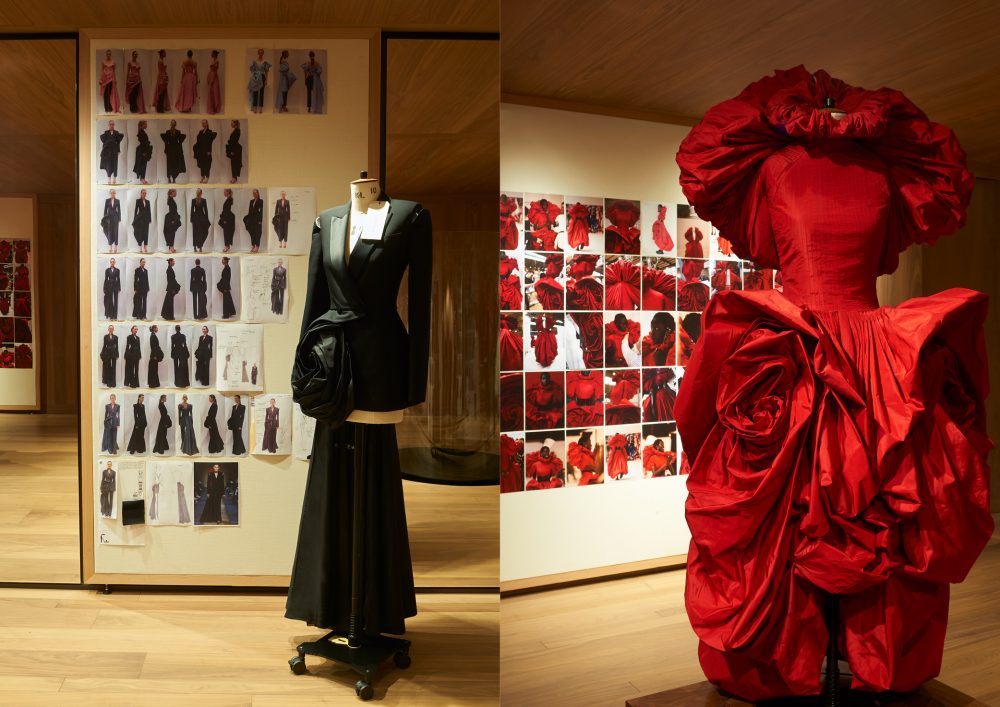 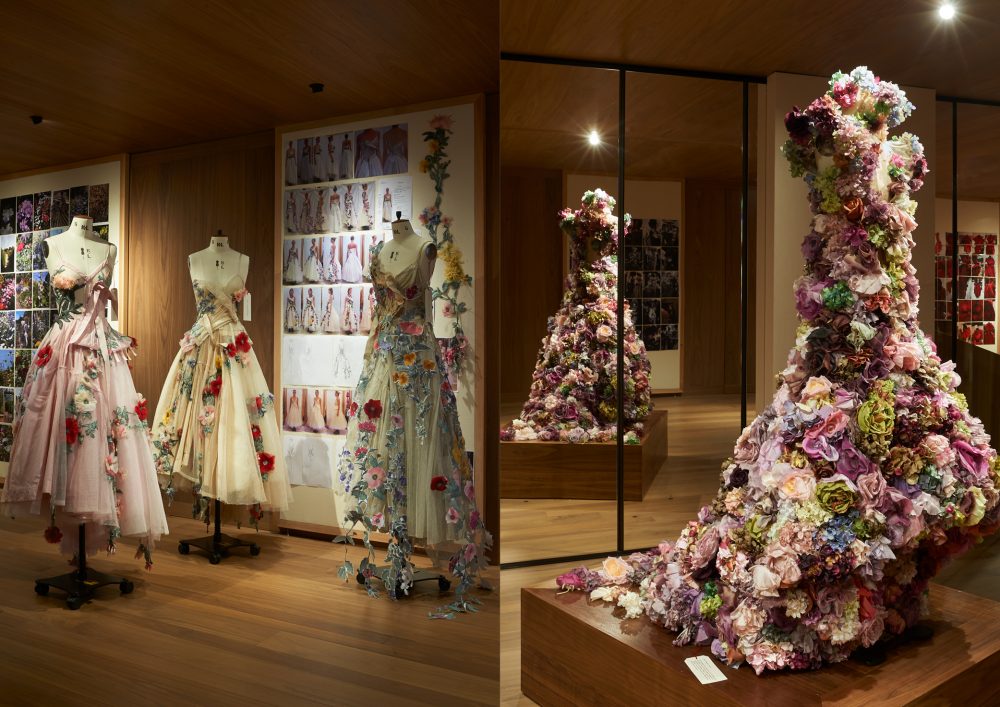 The second floor of the McQueen flagship opened earlier this year as an educational experience. Anyone curious about the process of creation at McQueen need not look further than this area: guided tours are available for interested parties, and visitors are given an insightful look at the physical and spiritual makeup that motivates the creative spirit of McQueen today.

Roses is only the second installation in the space. The first, Unlocking Stories, detailed the stories behind five pieces in the Spring/Summer 2019 collection, going into detail about the fittings, works in progress and research undertaken before the final product was eventually produced. Roses is similarly educational, drawing deeper into McQueen’s history for its content. In this same educational spirit, Burton and Head of Atelier Judy Halil are beginning a masterclass on pattern-making and couture techniques for UK fashion students, a project that will continue into 2020. 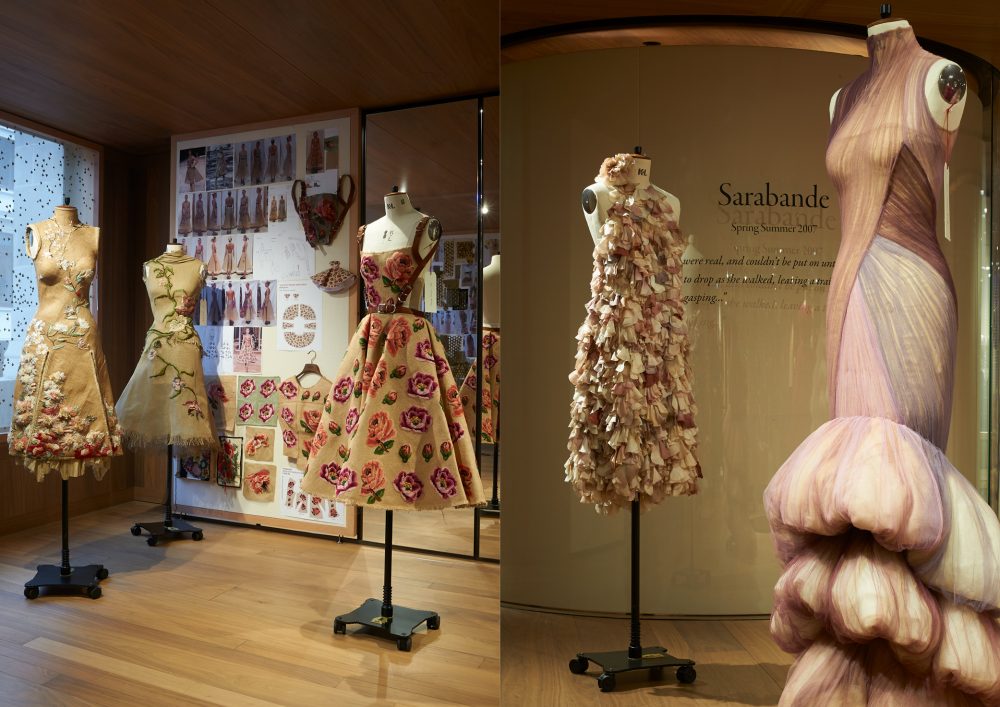