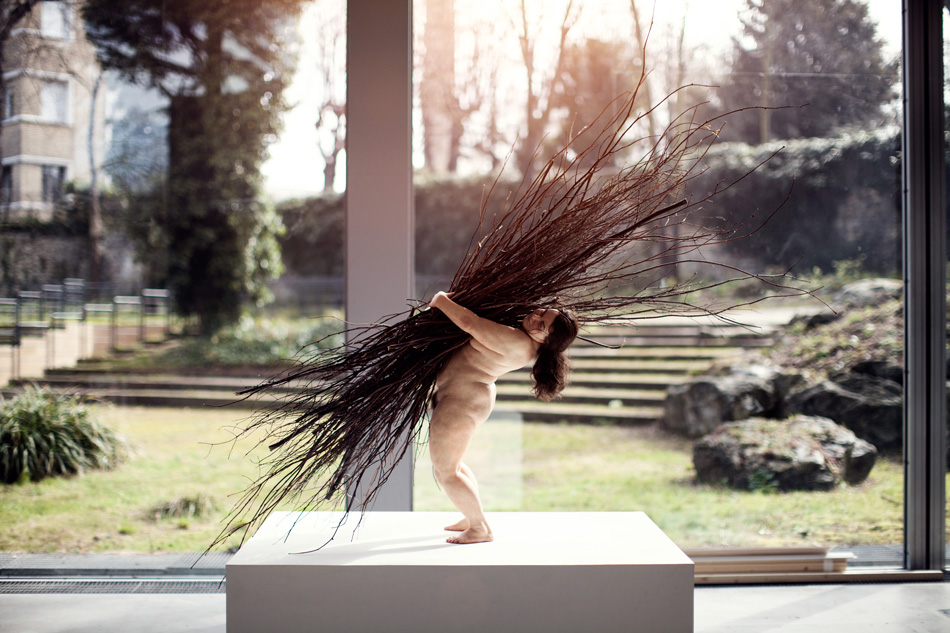 Great art provides dialogue for viewers; it catches observers off guard and can at times conjure feelings which make for uncomfortable experiences. Ron Mueck’s latest exhibition at the Fondation Cartier pour l’art contemporain, in Paris is one of such experiences. For the first time in 5 years the elusive sculptor Ron Mueck showcases a selection of amazing works, including three never before seen pieces specifically created for the exhibition. 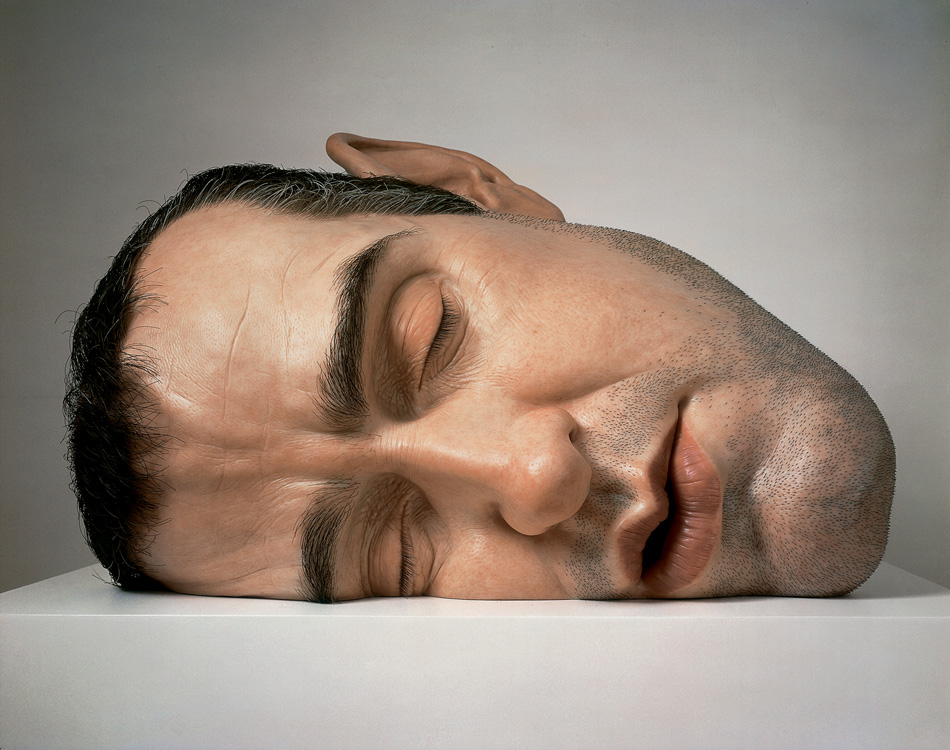 Born in Melbourne to German parents, the London based artist honed his craft as a model maker and puppeteer for television and film, however in 1996, it was a sculpture titled ‘Dead Dad’ which became Mueck’s first standout piece. Receiving worldwide acclaim and creating the starting point for his career in contemporary art. Mueck’s work has a way of inciting a strong feeling of intimacy, not only due to the minute attention to detail but also through his ability to create works of art out of the mundane. We are drawn to his work because of the startling everydayness in the majority of each piece, we pass these people in the streets, we see them as we do our weekly shopping and as we observe them in the foreign surroundings of a gallery you are drawn into their world realising how familiar they are and yet how much we don’t know anything at all. 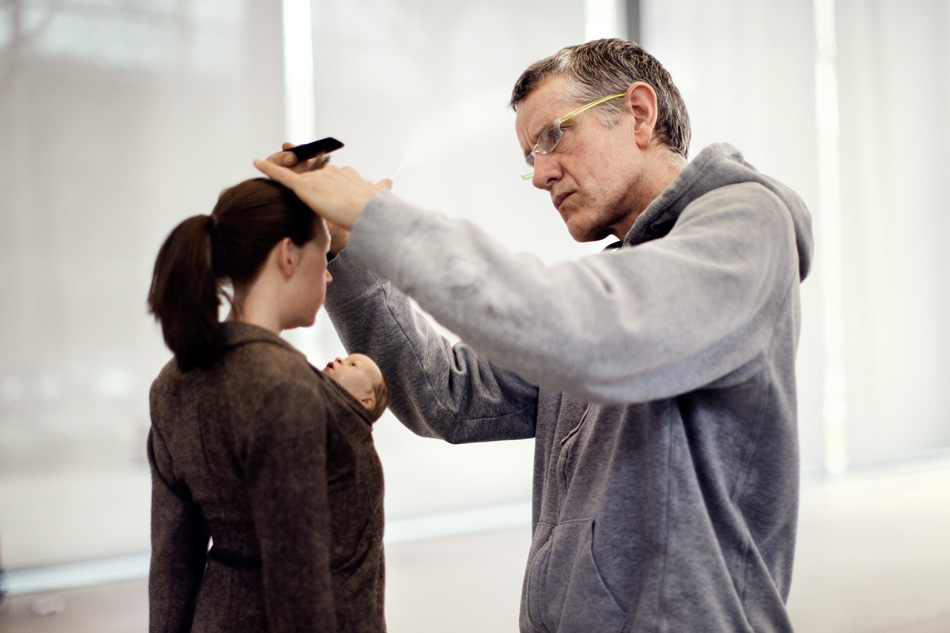 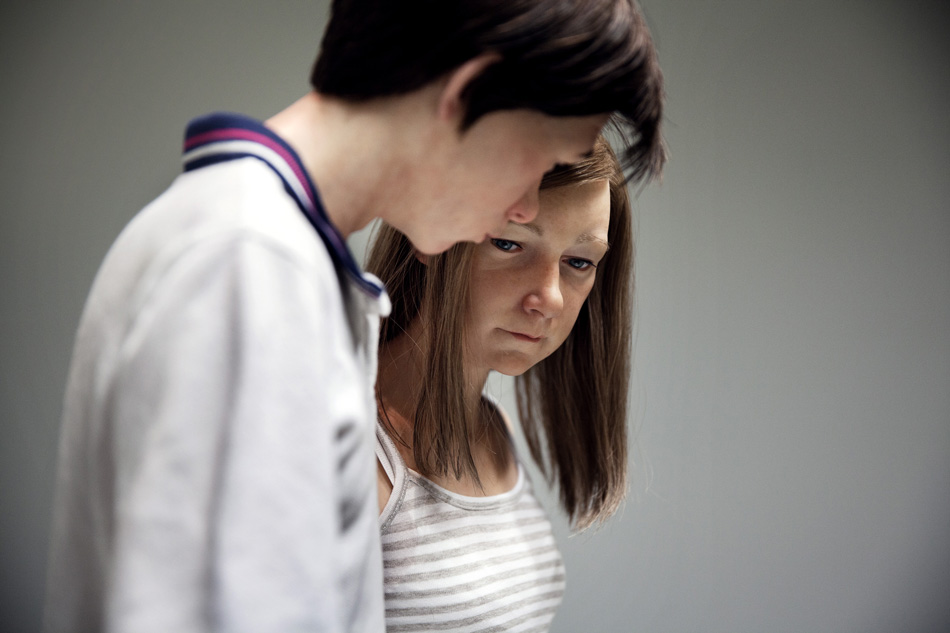 One of his newest sculptures titled ‘Young couple’ is a reduced sized twosome, seemingly peaceful standing side by side. As you discover the piece you are confronted by the sight of the boy gripping the girl by the wrist, immediately transforming an otherwise normal sight into something potentially sinister. However Mueck’s subtleness is one of the great things about his work, and something that creates the dialogue within each piece. Is the grip protective or aggressive? Is her face turned to the side an expression of timidness or just an effort to listen in closely? Also included in the exhibition is an elderly couple transformed into monstrous proportions, making ‘Couple under an umbrella’ extremely striking to view. The immense size of this fairly normal interaction gives you a feeling of intruding on a moment that we were not invited to. Having a piece so large means Mueck’s handiwork is much easier to scrutinise, but he leaves no stone unturned, from the detailed toenails to the fine hairs on the man’s legs, it is a wonderful work of art and yet the life like aspect of the sculpture is what also makes it so unsettling. 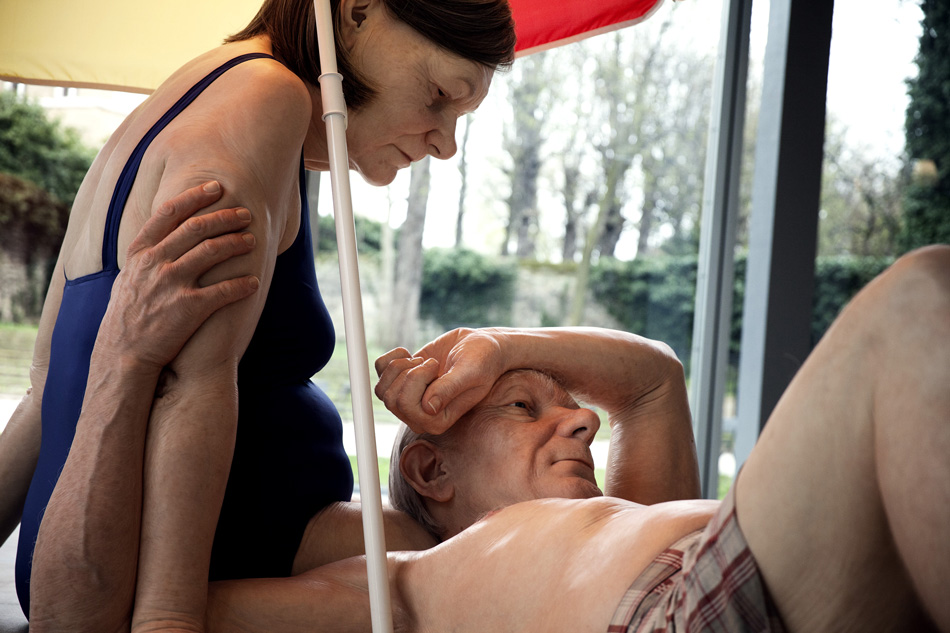 Another intriguing aspect about the exhibition is the inclusion of an insightful 20 minute documentary shot by French filmmaker Gautier Deblonde. ‘Still Life: Ron Mueck at Work’ follows the artist over the course of 18 months, in which Deblonde visited Mueck’s North London studio every day, capturing the sculptor as he created his three latest works for Fondation Cartier. Deblonde as a filmmaker is very discreet, and in the run up to the exhibition in Paris, it’s this talent for being able blend into his surrounding, that helps to create a film which gives a unique insight into Mueck’s life.

Fondation Cartier began as a creative environment in which to nurture talent, and it’s in this specifically designed space (by the architect Jean Nouvel), that Ron Mueck’s striking sculptures are ironically, brought to life. 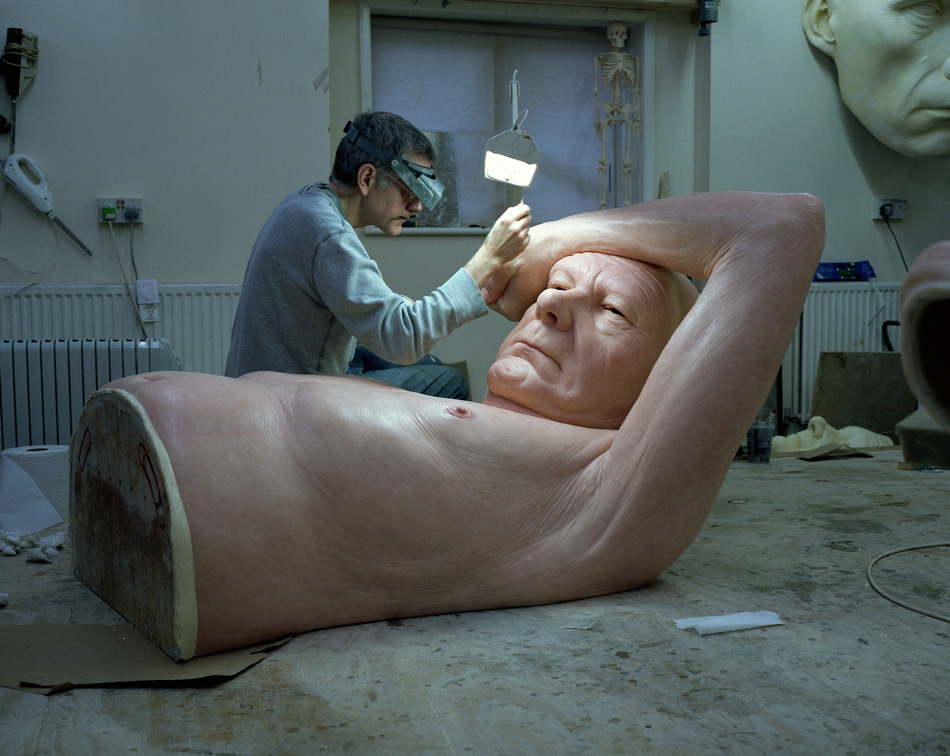