With sounds of whip cracks and pistol-fire filling the air, POAN, the daring and dynamic brand helmed by Vivienne Westwood-alum Georg Weissacher, is transporting us to the Wild West to introduce its latest collection. Aptly titled “The End,” POAN‘s newest is a true gold rush — a whole spate of old West-influenced wear with equal parts of frontier and punk.

POAN — short for ‘Peoples of All Nations’ — debuted this collection and its accompanying film (filmed and edited on-site only a few days before its release) at London Fashion Week, where it captivated and intrigued with its cowboy-turned-badboy aesthetic.

But, then again, turning heads is a near-constant at POAN. The brand produces at an incredible rate, with the intent to drop unique six capsule collections every year. To coincide with the release of “The End”, Schön! speaks to Weissacher to hear more about the collection and the roots of his Wild West tastes. 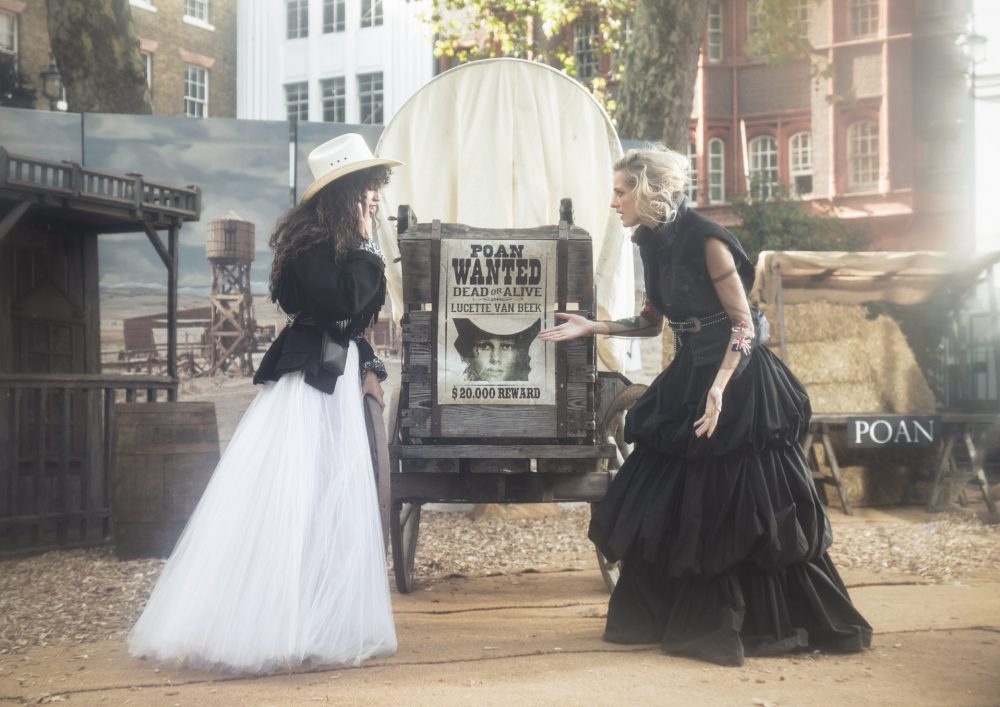 After leaving Vivienne Westwood, how did you prepare yourself creatively for a new project like POAN?

I was nervous. I had some savings that all my friends seemed to throw into a mortgage and a girlfriend that was nothing but a challenge but I had what was more important than all: a vision. I knew what I wanted and how it should look and feel like.

My biggest driver was the attempt to infuse meaning into fashion and create something that Wagner called a “Gesamtkunstwerk” – an integrated artwork. It’s not just design and application of research. I wanted to go further, extend the concept of fashion and tie it all up in a short film.

The last time we featured POAN, you also had another impressive video to go along with the collection. Why is this medium important for building the image of POAN?

I think that film is the best form of communication that we currently have. It combines so many things – storytelling, visuals, music, role play… It really is the modern-day equivalent to opera, which has historically been the richest form of conveying information or telling a story. And if you manage to condense a film into a few minutes, attempt to have something relevant to say in that limited time frame, then it resonates really well with modern digital fashion consumers and our overall short attention spans.

What part of the Wild West first drew your intrigue when conceptualising this collection?

The fantastic looks and characters of Sergio Leone’s cast – that was a visual inspiration for sure. But also that the Wild West is this place where things are not set in stone yet, where society has not formed yet properly, where it is all very rough and lawless, and it depends very much on the individual what to make of it. And I am not the first one to take an interested look at the genre – look at Quentin Tarantino’s Westerns, or Annie Proulx’s “Brokeback Mountain.”

About the film itself: how did it all come together? We heard the turnaround was incredibly quick.

I attempted to achieve the almost impossible, as a challenge for myself. The edit of my films normally takes up to three weeks, a shoot is a minimum of two days…  but we felt like having our formula together and tried to turn it around in live-speed. And we did it.

How does its narrative play into the themes you’ve captured in this collection?

Like in all my short films, the central theme revolves around a love story. I remember reading a book called The Art of Loving by Erich Fromm, which came back to me after I had done my first film “Der Hund,” as I wanted to explore the deeper meaning of love. His method was to categorise what seemed to be conclusive streams of love: romantic love, fatherly love, family love, and so on… Now I create a setting and see what love does under different circumstances.

This collection has a clear cinematic influence. Were there any specific movies you looked to when making this collection?

Yes, absolutely. I looked at Sergio Leone’s work and also loosely referenced Quentin Tarantino in his general style, not necessarily the Westerns he did. Ang Lee’s “Brokeback Mountain” was a revelation, of course, but I distanced myself a bit from the solemnity and overwhelming beauty of his film.

Tell us about the title of the collection: “The End”. What inspired this name and how does it relate to the pieces in this collection?

What can you share with us about the near future of POAN?

Tomorrow we open our store at 11 am in Soho Square. We are having a party during frieze this week with a small but wonderfully curated art collection by Gelitin, which you can check out on the art section of POAN.COM; and in two months we’ll put out the “Dreamnovel” film and collection. I am stressed, excited, and happy. My team and I are giving all we have got and we love it, we take pride in what we do. 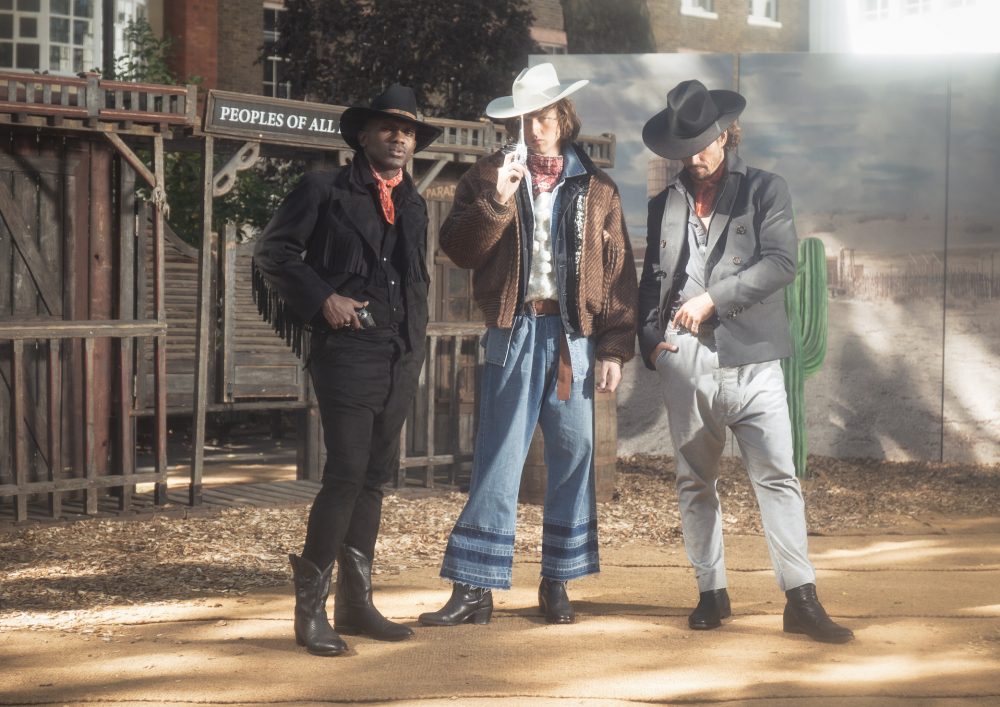