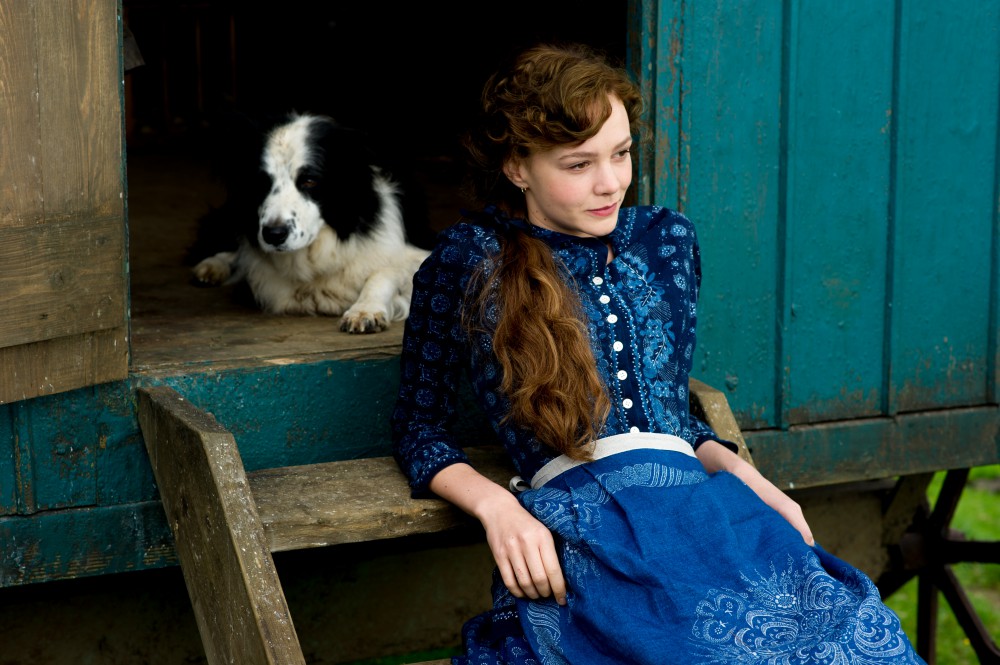 Despite being a story that has it all, from romance and revelations to murder and madness, Thomas Hardy’s timeless tale hasn’t been adapted for the silver screen for nearly 50 years – surprising, given that costumes dramas are in such demand. Then again, John Schlesinger’s 1967 hit starring Julie Christie is considered a cinema classic and a hard act to follow. Step forward Oscar nominated Danish director Thomas Vinterberg, a seemingly unlikely candidate for the project, being better known for avant-garde filmmaking and exploring the dilemmas of modern day life. “The story is full of fantastic characters and constant reversals of fortune,” he explains, “and that’s what makes for great storytelling in any era.”

From the heart breaking, hard done by heroine of Tess of the D’Urbervilles to the devastatingly doomed lovers of Jude the Obscure, the author rarely spares his characters from pain and torment, but this earlier novel is considered to be his most uplifting. “Hardy is often talked of as being bleak and dark,” says actor Michael Sheen (William Boldwood), “but this story has light and shade and humour.”

Far from the Madding Crowd is the tale of Bathsheba Everdene (Carey Mulligan), who is not your average country lass. Educated and fiercely independent, but without wealth or circumstance, she is determined to chart her own course rather than merely play out the role of wife and mother. When she unexpectedly inherits her uncle’s substantial but ailing farm, she gets the chance to prove her metal, yet for a girl who’s not on the hunt for a husband, Bathsheba has more than her fair share of suitors – three to be precise – and that’s when things get complicated. 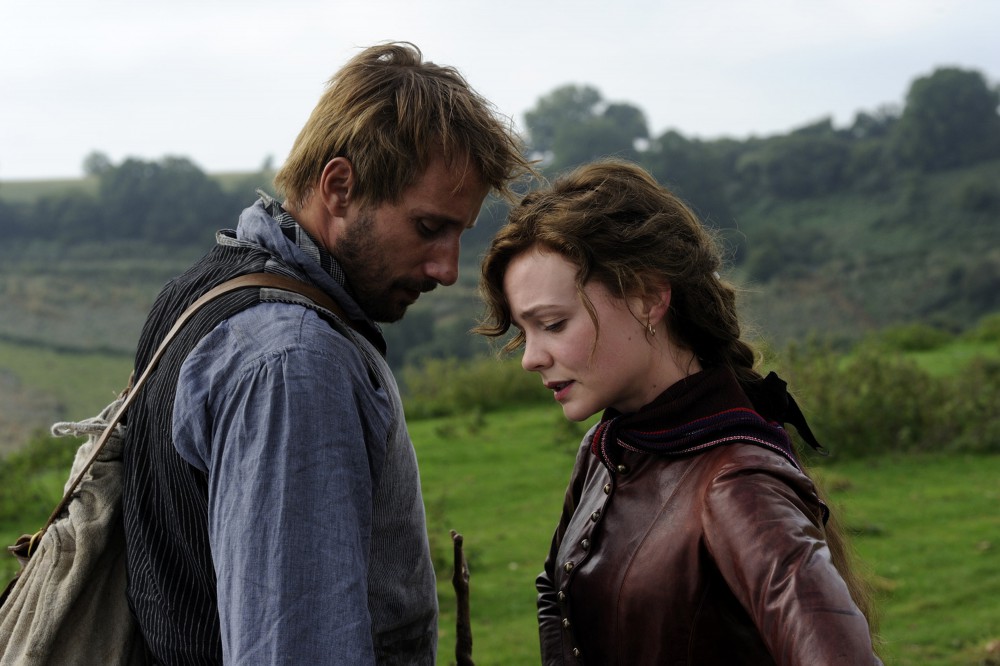 Casting the leading lady was crucial to the project: the character even inspired the name of Suzanne Collins’ protagonist Katniss Everdeen in The Hunger Games. Mulligan (who is no stranger to taking on much loved literary heroines, having played Daisy Buchanan in Baz Luhrmann’s interpretation of American classic The Great Gatsby) delivers a masterful and nuanced performance. She chose not to watch the Julie Christie incarnation, instead drawing from the source material to explore the complexities and contradictions contained within the character: a woman who is headstrong, but vulnerable, and intelligent, but capable of making the most frustratingly foolish decisions. “She’s definitely someone who makes serious mistakes,” says Mulligan, “but she’s never duplicitous. I saw her as a woman who lives by her instincts, by her gut, which can be dangerous – and I became very interested in those flaws and in her straightforwardness.”

Carey is not the only inspired casting choice. Belgian actor Matthias Schoenaerts (Rust and Bone, Suite Française) can be forgiven for the occasional slips in his West Country accent because he not only looks the part of rugged and reliable farmer Gabriel Oak, but manages to convey his character’s innate strength, patience and pride, as well as his sorrow, without saying very much at all. “Matthias is a man’s man and you can feel that there is so much integrity in him,” says Vinterberg, “but then again, he also has a real vulnerability in his eyes.” Indeed, one of the film’s most emotionally charged scenes comes early on and is carried by Schoenaerts with virtually no dialogue. 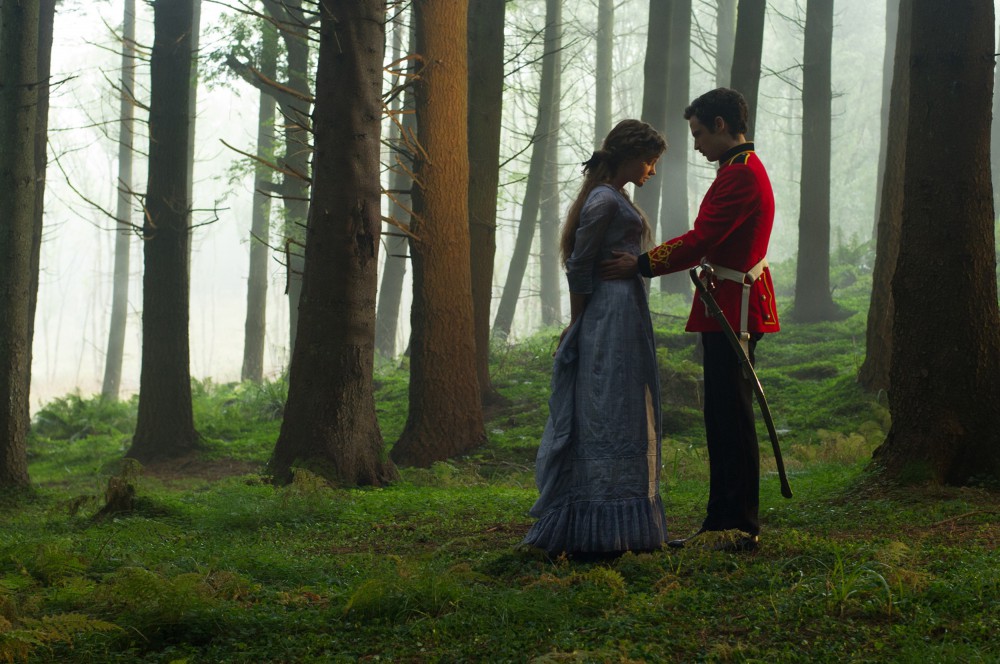 Tom Sturridge is convincing as the dashing but dastardly and emotionally damaged soldier Sergeant Troy and Michael Sheen is simply superb as the distinguished, but desperately lonely landowner William Boldwood, bringing a real poignancy to the role. However, these two characters feel under-explored. Scenes that would render Troy more three-dimensional are omitted or cut short and we lack the insight into Boldwood’s increasing insanity necessary to explain the drastic action he takes. Fanny Robin, played by BAFTA winner Juno Temple, is on screen for mere moments, filtering the full impact of her tragic story. One can’t help but feel that, in the final moments, the film seems to be galloping towards its conclusion.

Of course, adapting a novel of the length of Far from the Madding Crowd is no easy feat and, in just under two hours, Vinterberg and screenwriter David Nicholls have delivered a pacey and engaging epic that will perhaps appeal to modern day cinema audiences more than the significantly longer 1967 version. Whilst lacking the surrealism and intensity of its predecessor, it does deliver a more naturalistic interpretation of Hardy’s pastoral, 19th Century tale, with stunning cinematography from Charlotte Bruus Christensen, as well as striking costume design from four-time Oscar nominated Janet Patterson, who eschewed the typically dull and grey interpretation of Victoriana for the vivid colours that were actually hugely popular in the late 19th Century. 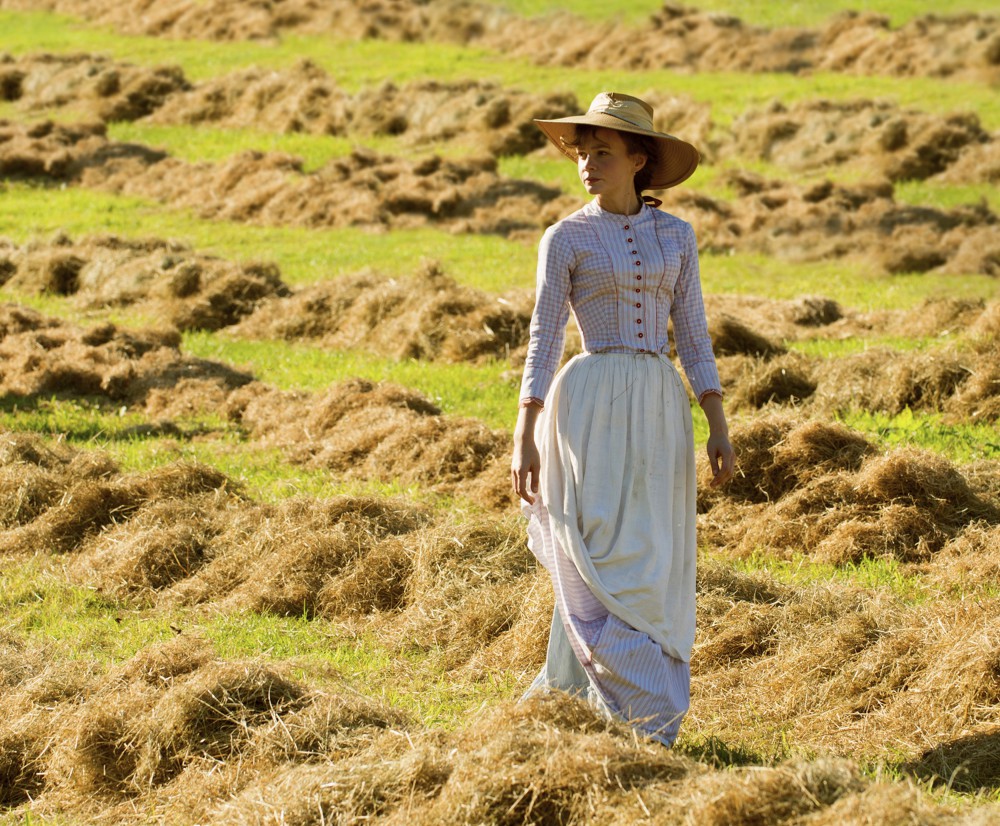 The result has the feel of “an old fashioned epic, shot in Technicolor with lots of colours and lots of vibrant life,” as described by assistant costume designer Francoise Fourcade, but with the understated acting of the likes of Mulligan and Sheen. A cinema classic? Only time will tell, but a revisit to this literary classic is certainly long overdue.

Far from the Madding Crowd is in cinemas from 1st May 2015.