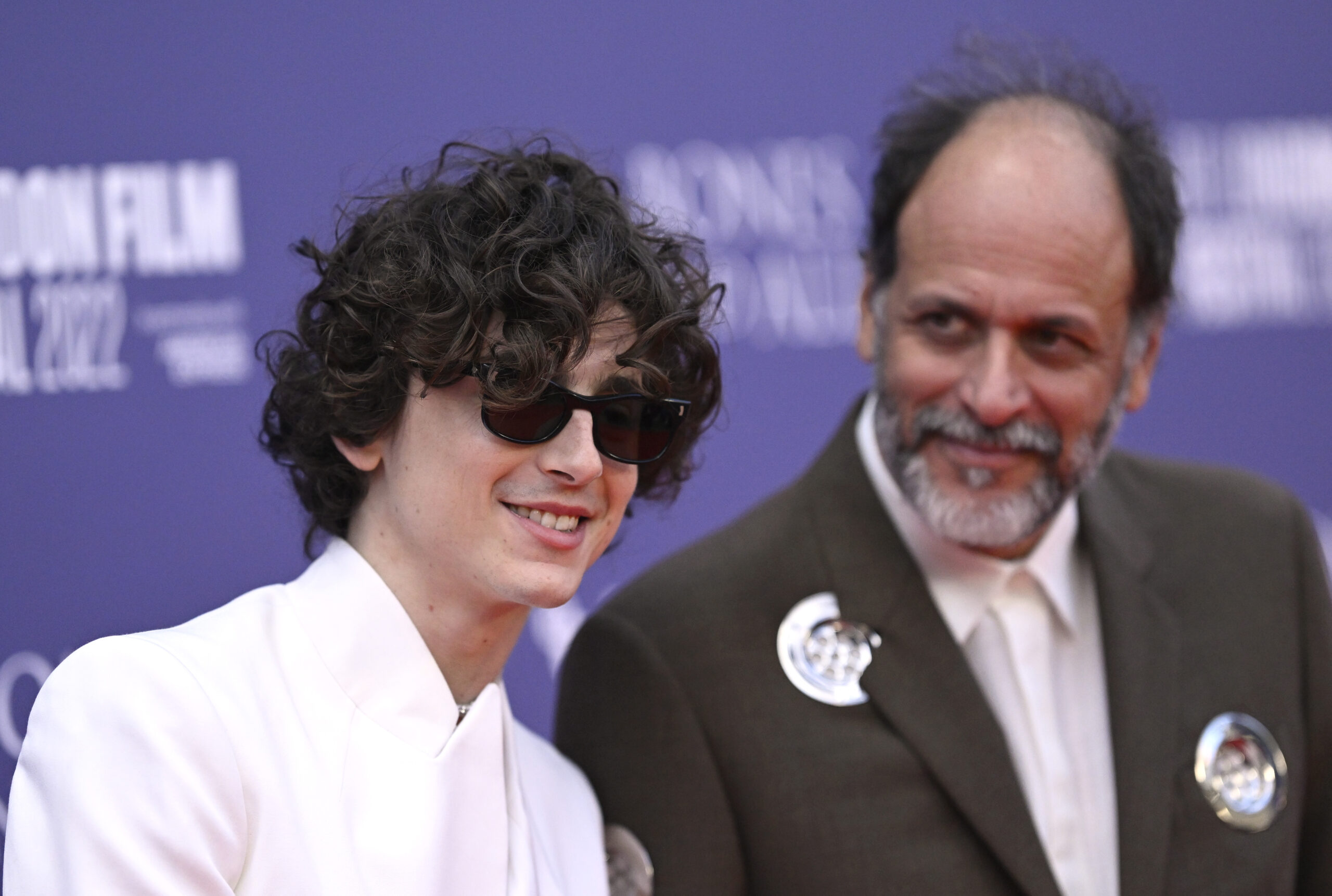 Speaking on the red carpet at the UK premiere of Bones and All, director Luca Guadagnino and screenwriter/ producer David Kajganich talk about the genre-bending love story, cannibalism and Timothée Chalamet.

Based on the novel by Camille DeAngelis, Bones and All is a tender love story between two young drifters but with a cannibalistic twist.  Maren (Taylor Russell) is forced to flee her home and learn to survive on the margins of society where she meets Lee (Timothée Chalamet), like Bonnie and Clyde the young lovers embark on a thousand-mile odyssey which takes them through the Midwest of Ronald Reagan’s America. Despite their best efforts, all roads lead back to their terrifying pasts and to a final stand that will determine whether their love can survive their otherness.

Luca Guadagnino fell in love with the adaptation the moment he read it and rather than the unique cannibalism love story, it was the idea of the disenfranchised that appealed to the director. “What drew me to the script was the fable of two kids trying to overcome the difficulties in the World, the difficulties of what they feel inside, who I am and why I am like this?” Guadagnino states. “There is something about the disenfranchised, there is something about people living at the margins of society that I am drawn toward and touched by. All my movies are about outcasts, and the characters in ‘Bones and All’ resonated with me.” 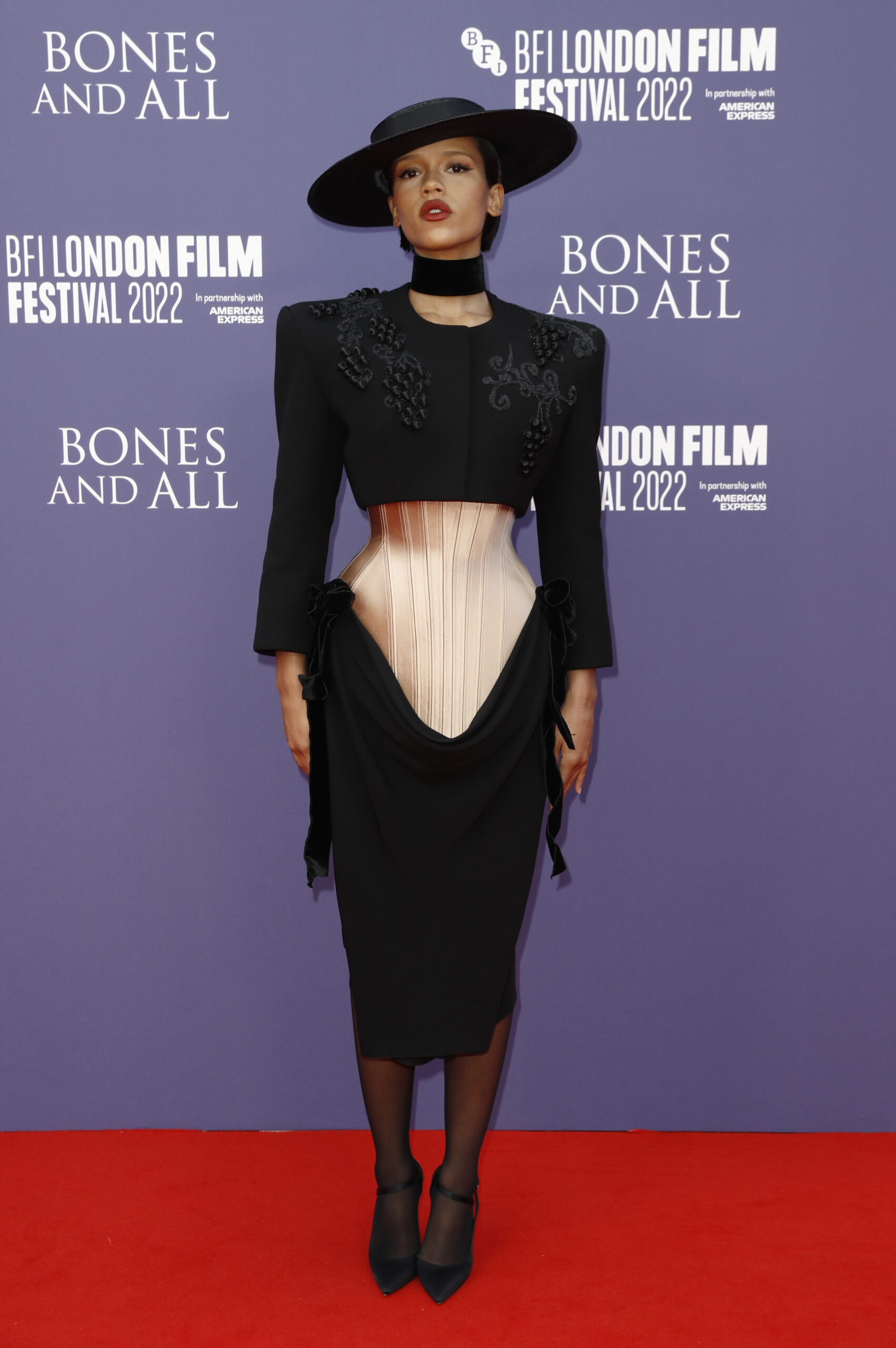 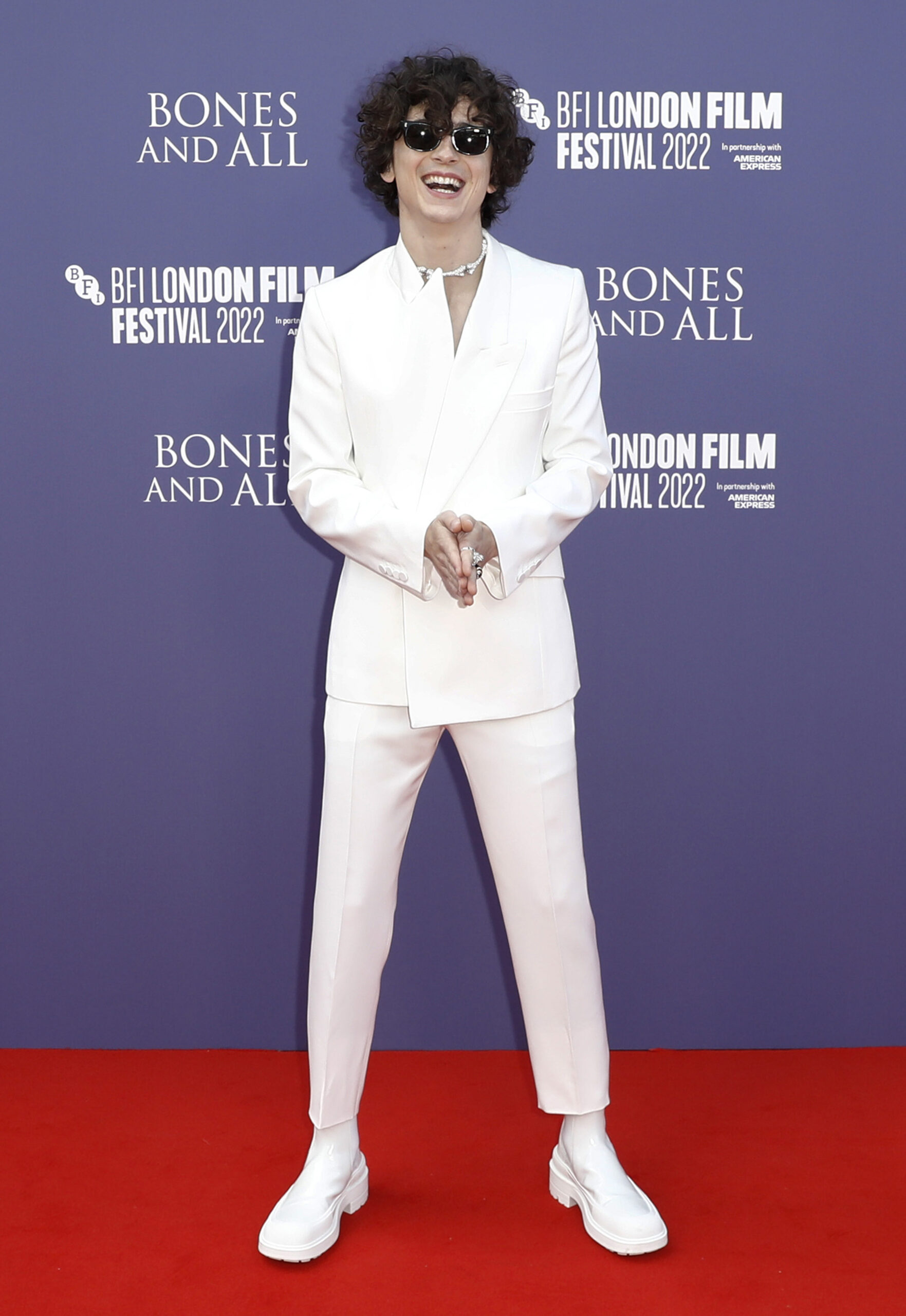 The genre-bending movie is led by Timothée Chalamet, who received an Academy-Award nomination for Best Actor for his performance in Luca Guadagnino’s Call Me By Your Name. The director described Chalamet as his ‘little brother.’He said that working with the actor and many of the producers again was special because: “Cinema is family and it’s my life and I’m Italian so I love to be surrounded by family.”

The movie has been described as a cannibalistic Bonnie and Clyde but behind the devouring of human flesh there is a blossoming and devastating love story between two outcasts and how they navigate life on the margins of society. Luca said: “The heart of the movie is tender and affectionate to its characters. I’m interested in their emotional journeys and what is going to happen to them – where is the possibility inside the impossibility for these characters?

This love story was also what appealed to screenwriter and producer David Kajganich who adapted Camille DeAngelis’ 2015 novel to the big screen. He said: “I thought it was a film that can, as horror often allows you to do, have an audience think they are watching one thing then you start to sneak different things in, it is a trojan horse story.

“I think the first thing people will hear about this is that it is cannibalism but I hope the second thing that people hear is that it is a really tender love story. I hope when people hear those two things they think, ‘wait I am really into one or the other so I guess I’ll go and figure out how these things are wonderful together.’” 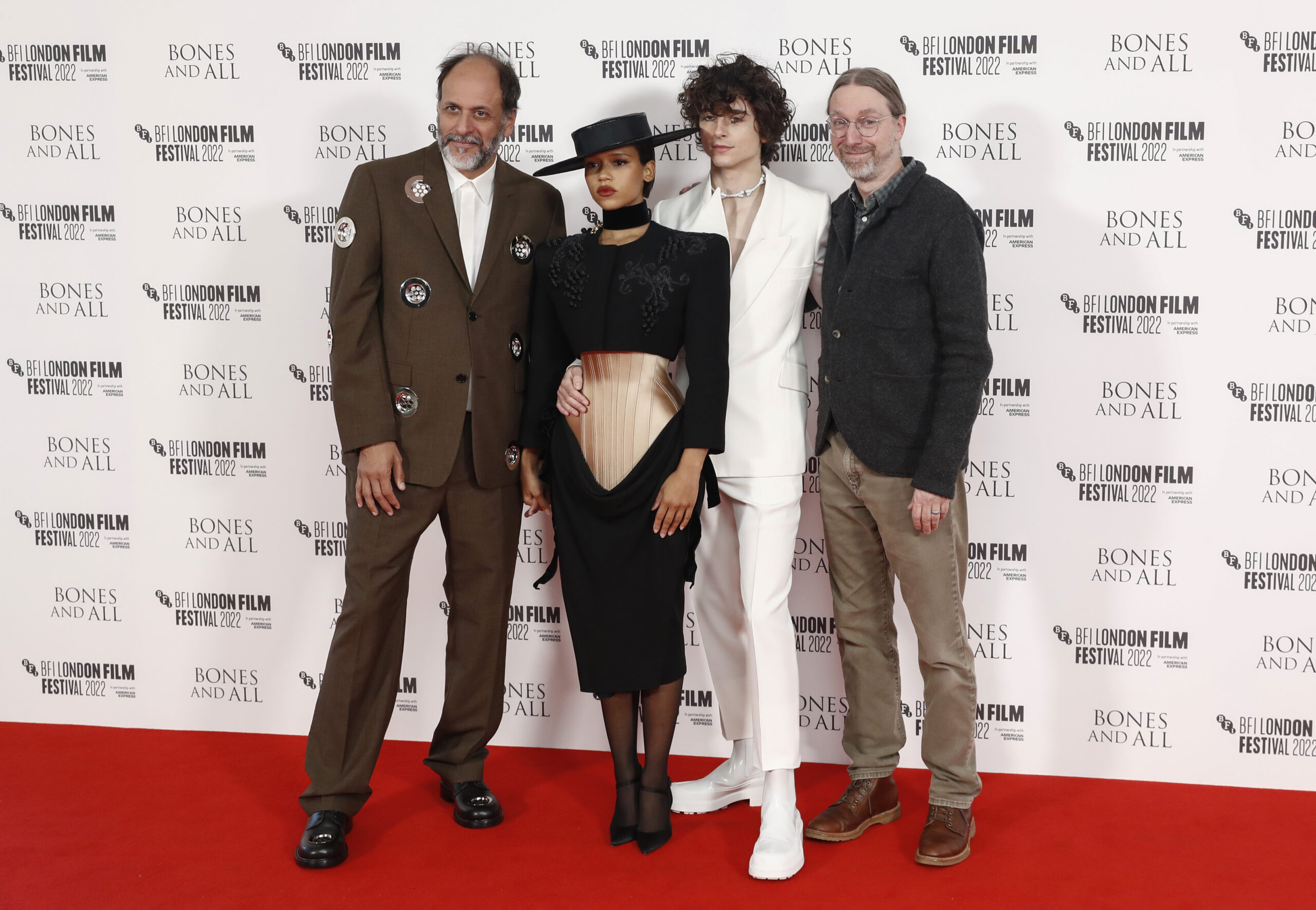 Talking about the process of adapting the novel to the big screen, David said that he had one significant conversation early on with DeAngelis. He said: “I wanted to make sure first and foremost that she was comfortable with a man adapting the novel because even though it was about cannibalism in some respects, it did feel like a very personal book to me, so I wanted to make sure before I move in. “We also had a very long conversation where I simply listened to her about everything that was important to her about the book so that I could somehow translate the soul of the text to the film.”

For any screenwriter it is always a concern that they manage to translate the essence of the book to the big screen and mirror the vision of the author. David was pleased that DeAngelis had enjoyed the movie and even cried tears of joy after the screening to which he said made him weep in return. One of the difficulties in the adaptation process is how to edit a book into a 2hr movie, inevitable cuts and omissions will have to be made to a beloved story.

When asked if there was anything he would change, David said: “I wrote the script very long until there was a director, thinking that the director and I would then cut it down together but then Luca said ‘no, no I want to shoot all of it.’ “The first cut was 4 hours. I think I would have cut a little upfront so I didn’t have to make it so hard for Luca to choose, I should have put my producer hat on earlier.”

Another major difficulty was figuring out the tone of the movie, especially with the book shifting between different genres. David said: “There are scenes that start as a Road movie scene but they go through a love scene and end up in a Horror movie. It is a really complicated tone but we all knew what sort of film we were making which was a love story and with that genre in front of the other ones it made it easier to figure out what the tone is.”

Literary agent and producer Theresa Park added: “Dave injected a suspense and tension and thriller element into the film that the book didn’t really have so a lot of the propulsive nature of the film really came from Dave.” She finished by saying ‘Best Adapted Screenplay, you heard it here first.’ 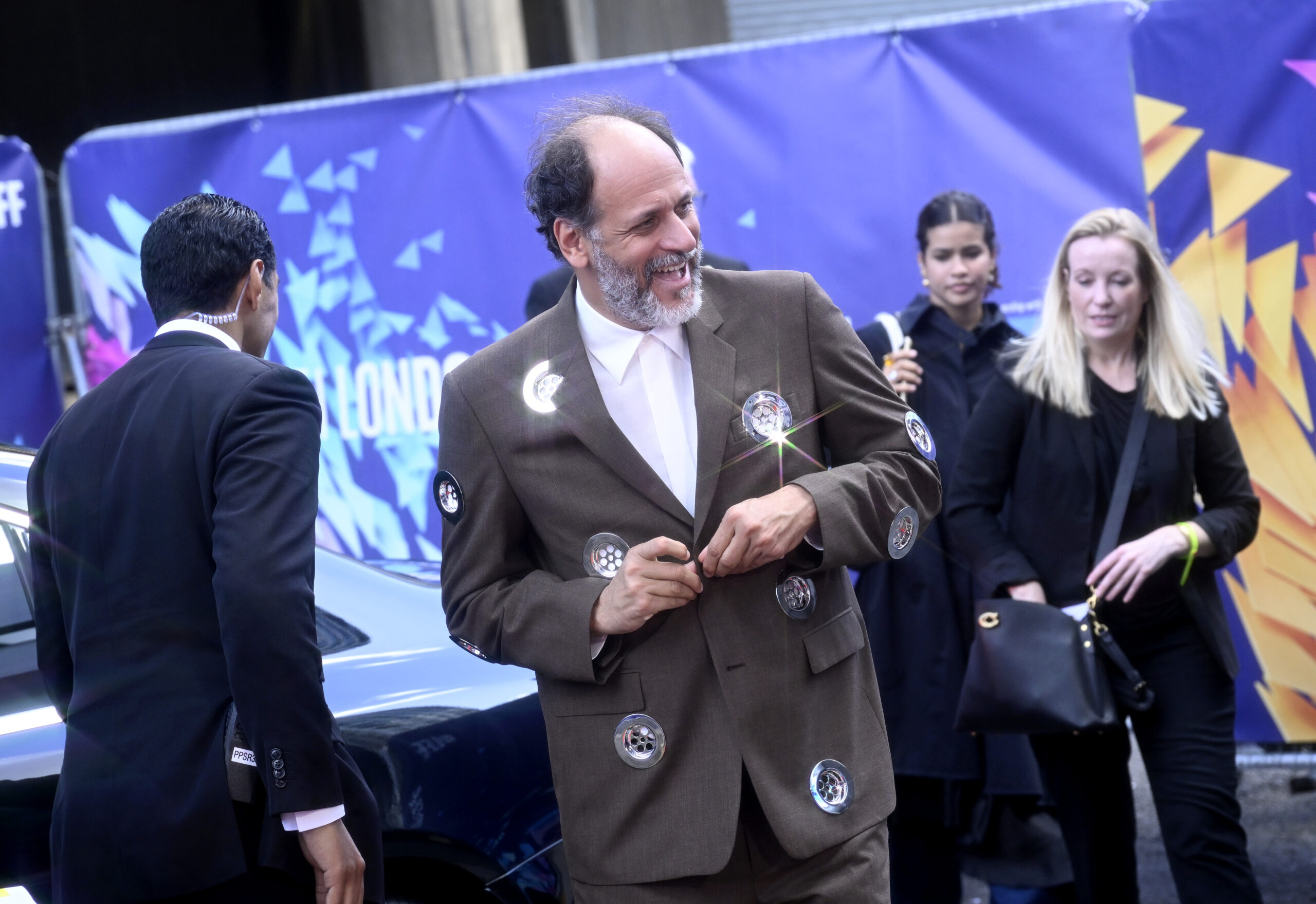 Bones And All is out now across America and will be released in UK cinemas on November 25.