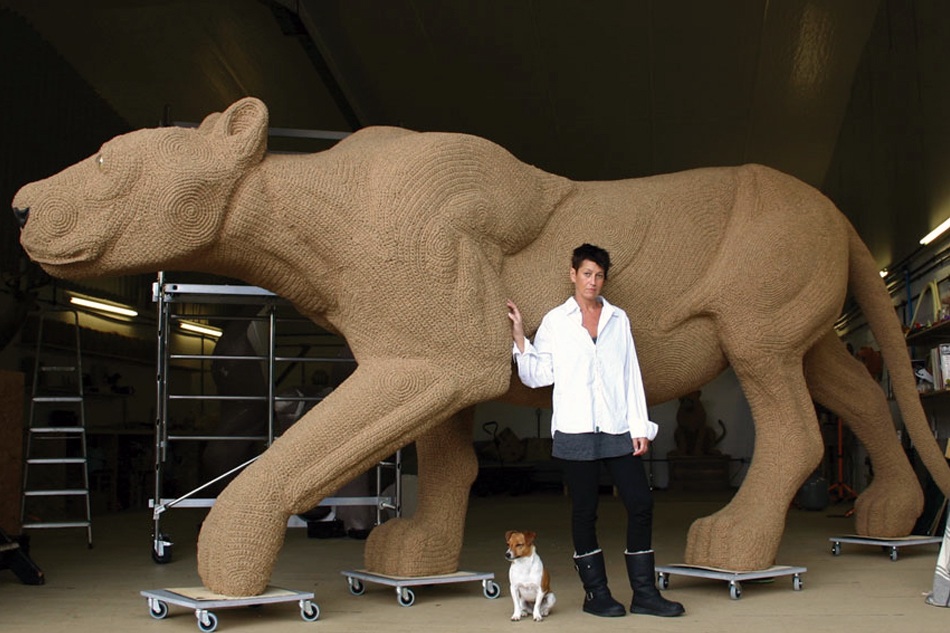 The Olympics is a celebration of sporting prowess, a testing competition and a chance for individuals to push themselves to new heights. However it isn’t all about sports, artist Shauna Richardson talks to Schön! About her latest challenge called ‘The Lionheart Project’ Made from almost 36 miles of wool and stretching to 25 ft long, a trio of lions which have been created by the process of crocheting wool over polystyrene will be touring the country this year as part of the Cultural Olympiad. 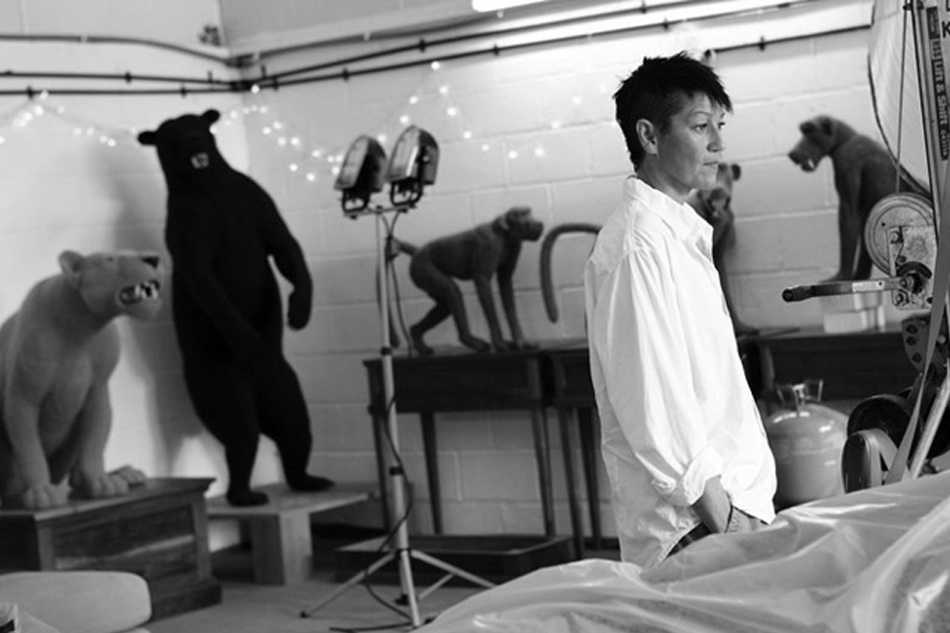 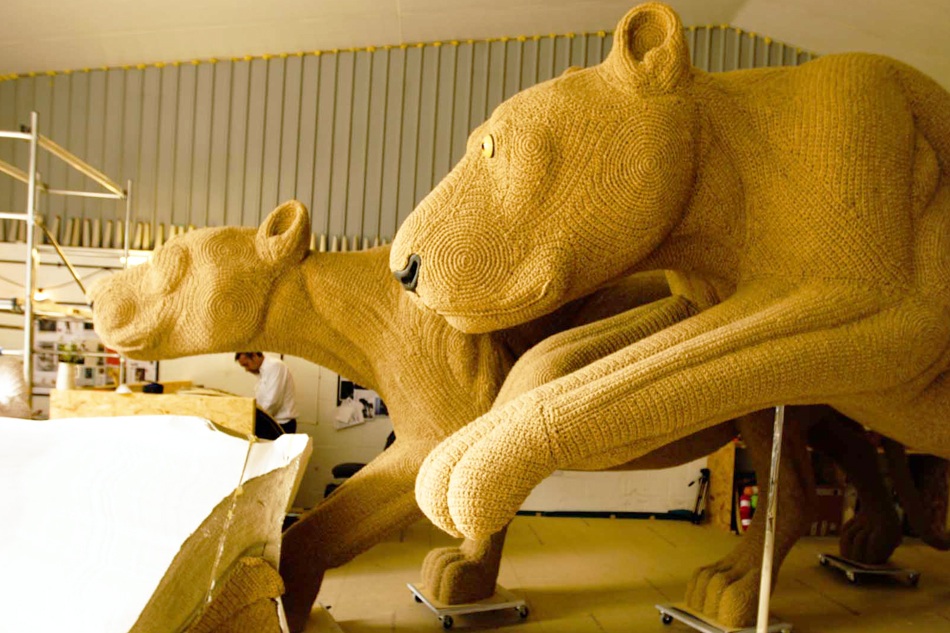 Congratulations on completing the lions, After 18 longs months you must be thrilled to have finished? It is indeed good to have the crochet element under my belt but the project is far from over. I am currently steeped in all things tour related which will continue until the end of this year. By then I will have been working on Lionheart for over three and a half years.

The lions are such a colossal scale, did you realise the extent of what you had undertaken when you started? I like to push myself and I knew this was going to be an epic undertaking. It is true to say that at the outset I believed that crocheting three giant lions would be the challenge, in actual fact the crochet part turned out to be a the tip of the project iceberg.

How does it feel to be a part of the Olympics this year? For an artist is must be something you maybe never thought you?d be doing?
I would never have envisaged that I would have a role to play in the Olympics. It has been and continues to be an extraordinary experience and I am glad to be part of it – makes for an interesting life.

Now you have finished with this project, what have you got planned for the near future? A well deserved break perhaps?
I am currently putting together a small collection to be displayed at no.10 and I am working on a life-size trophy head of Red Rum for ‘Liverpool Love’, I seem to have lost the art of taking breaks but in theory they sound nice. I may try one, come spring 2013.

An ambitious and powerful project which embodies the spirit of the Olympic games, you can see Shauna’s lions on tour this year around the United Kingdom.